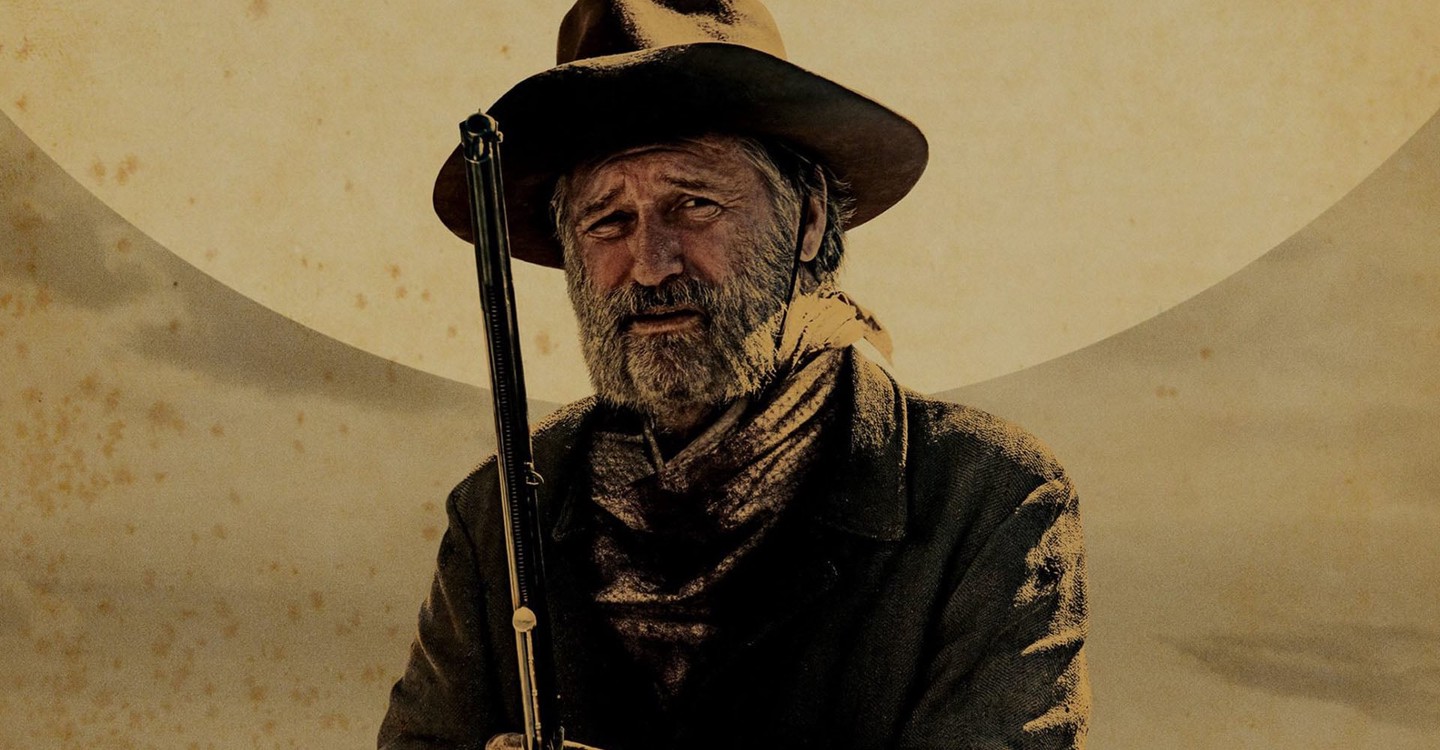 The myth of the American West is one that has been constantly reexamined since the birth of cinema. The vast landscapes and sweeping tales of the West fluidly lend themselves to reinterpretations of the past through filmmaking.

While many classic Western films by the likes of Leone the Coen Brothers are currently available on Netflix, many contemporary Westerns or Western-influenced films are also conveniently accessible to stream as well. Westerns from less-known directors from across the world are waiting to be streamed, many excellent films that examine the Western genre from fresh perspectives. Here are ten Westerns or Western-influenced films from the past decade that are available right now on Netflix:

John Maclean’s 2015 Western Revisionist film Slow West won the World Cinema Jury Prize: Dramatic upon its release at Sundance Film Festival, making it one of the most critically acclaimed films included on this list. A visually stunning film, Slow West interestingly presents foreign perspectives of the myth of the American West.

A prosperous Scotsman called Jay Cavendish leaves his homeland for the American West in search of a woman he loves named Rose, who was forced to flee from Scotland after her father accidentally kills Jay’s uncle. Young and naive, Jay hires a bounty hunter named Silas to lead him to his destination and provide protection in the lawless lands of the West.

Many compellingly unique attributes work together to make Slow West an amazing film. Each character introduced to the plot has an interesting and diverse cultural history, roles even performed by well-known talents including Michael Fassbender and Ben Mendelsohn, creating a roster of characters from all walks of life attempting to map out their own prosperity in the vast and unknown West.

Slow West was also filmed in New Zealand, a place with diverse natural topography and climates which in ways mirrors the diversity of the American West. But choosing to film in New Zealand almost creates a novel unfamiliarity with the film’s depiction of the West, making the imagery of the film seem as unknown to the viewer as it is to the film’s characters. Slow West is fascinating to watch – there are moments of humor, companionship, tranquility, violence, sadness, and many other emotions and feelings which ground the film in a sense of important realism. Slow West is a Contemporary Western available on Netflix that is a must-see. 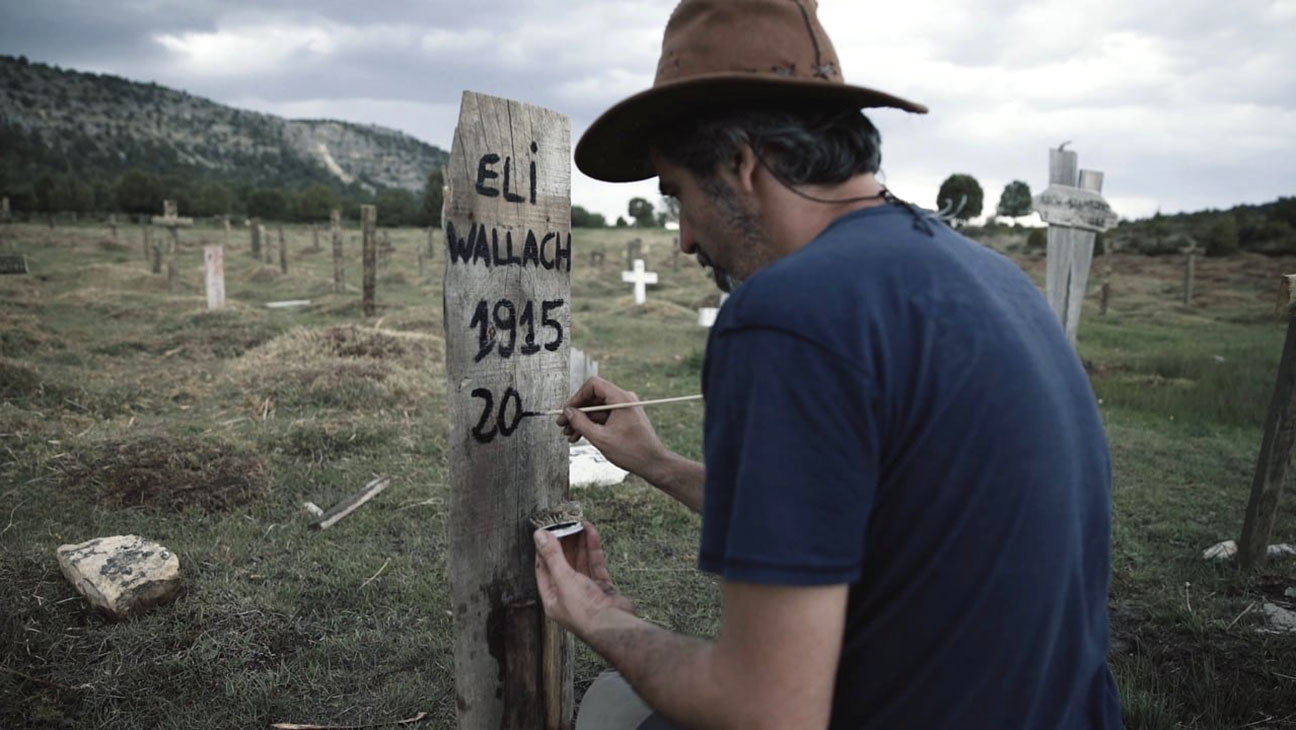 Although it is a contemporary documentary feature, Sad Hill Unearthed concerns itself with important elements of one of the Western genre’s most iconic films. Directed by Guillermo de Oliviera and released in 2017, Sad Hill Unearthed documents the real-life restoration of the Sad Hill Cemetery set where the iconic climax was shot for Sergio Leone’s The Good, The Bad, and The Ugly roughly fifty years before.

Sad Hill Unearthed largely focuses on documenting this restoration which began as as a passion project by four local Spanish men who were lifelong fans of The Good, The Bad, and the Ugly that quickly grew and flourished with the support from other cinephiles and Leone fans from other parts of the world. Just as with any Western film, Sad Hill Unearthed places huge importance in physical location and the dynamic qualities that a landscape can portray through filmmaking. The documentary also goes into the fascinating production details of how Sad Hill Cemetery was originally built during the late-60’s and how even the Francoist Spanish Army was utilized in constructing the iconic set.

Sad Hill Unearthed meanders too far from its interesting original content at times, mainly in the form of the irrelevant inclusion of interviews from a Metallica frontman who was apparently a huge fan of The Good, The Bad, and the Ugly. However, the passions and connections portrayed in this documentary that can be appreciated by film buffs or lovers of the Western film genre everywhere. For anyone making their way through the Western picks on Netflix, Sad Hill Unearthed is a documentary worth seeing.

A recent addition to Netflix was Scott Cooper’s 2017 Revisionist Western film Hostiles. Expansive, bleak, brutal – Hostiles is a Western that surely lives up to its name. An impressive cast including Christian Bale, Wes Studi, Rosamund Pike, and Timothée Chalamet make up central characters in this modern Western that works in many ways to portray the violent truth behind the history of the American West that often goes ignored in older Western films.

Hostiles begins with an extremely vicious act of violence that sets the framework for the film to come. Set during the late years of the 19th century, Christian Bale leads the film as distinguished U.S military captain Captain Joseph Blocker who has been given the final task before retirement of escorting the imprisoned Cheyenne chief Yellow Hawk, portrayed by Wes Studi, and his family back to their tribal lands in Montana. Blocker initially resists his final assignment as it is clear that he has been involved in unspeakable acts of cruelty and violence with the Native Americans. As Blocker undertakes this journey from New Mexico to Montana with a rather uncommon group of people, he finds himself facing the moral questions of humanity and fellowship along with the cruel actions of his past.

So crucial to the western genre, Hostiles does an amazing job of capturing the savage beauty and unpredictability of the unsettled West through its imagery. The ever-changing landscapes captured in the film assist in understanding the main characters as their perceptions of the world shift and change as the film moves forward.

At moments Hostiles can be criticized for its blurred narrative – too many plot points make it difficult to decipher between what is truly important to the story. But overall Hostiles effectively works towards correcting many myths of the American West and the injustices that occurred, interesting examples including the film’s portrayals of Native American culture and language of both the Cheyenne and Comanche nations. A darker and more accurate depiction of the American West, Hostiles is a Contemporary Western on Netflix that is worth watching for any fans of the genre. 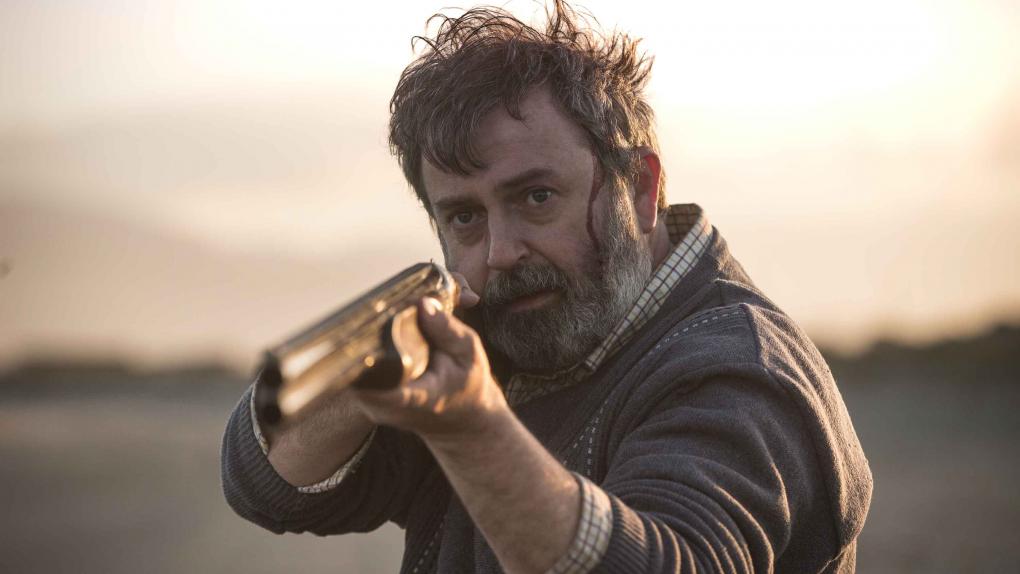 Bad Day for the Cut has a clear-cut plot in which a middle-aged Irish farmer is set on a winding road of revenge when his mother is murdered in their home. Donel, the film’s protagonist, learns much about his family’s past as he searches for answers to explain his mother’s death.
Bad Day for the Cut begins on the farm where Donel lives, visually referencing a natural setting that is commonly used in Western films.

Whenever diegetic music is utilized in the film, it is always country music, again inciting associations to the Western genre and taking viewers far away from the film’s Irish setting. One of the most persuasive arguments to be made for considering Bad Day for the Cut to be a contemporary Western is the film’s robust usage of criminality and violence, with an early scene even portraying a modern-day hanging, a punishment classically used in the Old West. The extreme violence in this film may not be suitable for all Netflix subscribers, but Bad Day for the Cut is a film that will definitely be approved by lovers of a great revenge flick.

Another documentary to make this list, Fishtail depicts the classic and forgotten way of living in the American West at Fishtail Basin Ranch in Montana. Directed by Andrew Renzi and released in 2014, Fishtail was filmed over just three days during the birthing season on the two-thousand acre cattle ranch.

Fishtail is a uniquely shot and edited documentary, choosing to operate without relying on formal interview footage and utilizing camerawork full of movement and life which is compellingly reflective of the film’s natural surroundings. Shot on 16mm film, the cinematography of the documentary harkens back a bit to Classic Western films through its imagery, even using an old-fashioned font in inter-titles which further gives a vintage feeling.

Fishtail is a rare documentary that successfully platforms a lost way of life in the American West while also showing the immense beauty and simplicity that life can possess. Clocking in at approximately an hour in length, Fishtail is a quick watch for any Netflix viewer interested in the Western genre.