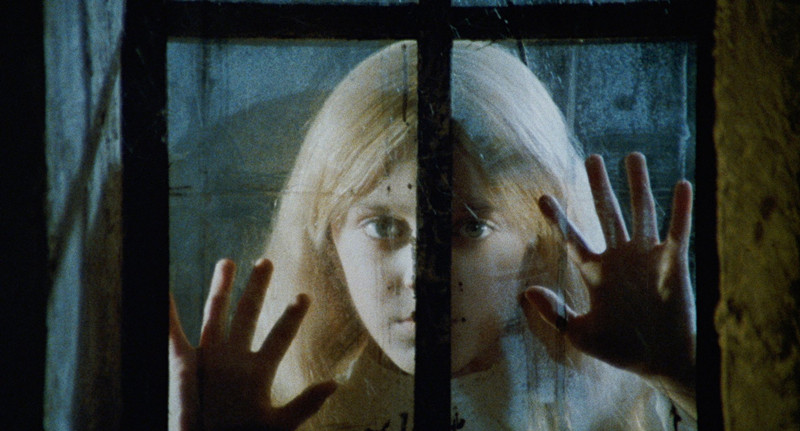 Exploitation films have been made in every country with even a rudimentary film industry. The United States is particularly famous for it, but England had the Hammer films and the Philippines had a thriving exploitation industry, even producing the great Cirio Santiago. But there is no country that’s committed itself to being so flamboyant in its exploitation, so stylish, raw and grotesque, as Italy.

For those of you with even a passing knowledge of this corner of filmmaking, some of these names — Lucio Fulci, Mario Bava and Umberto Lenzi, for instance — might be familiar to you. And you’d probably recognize titles like Zombie Flesh Eaters, Planet Of The Vampires and Cannibal Ferox. But these aren’t those movies. These are the best of their forgotten masterworks, featuring all the cannibals, gore and bad dubs that you love, just in combinations you might not have seen before.

Believe what you’ve heard: these really are the meanest, nastiest movies ever put to celluloid. 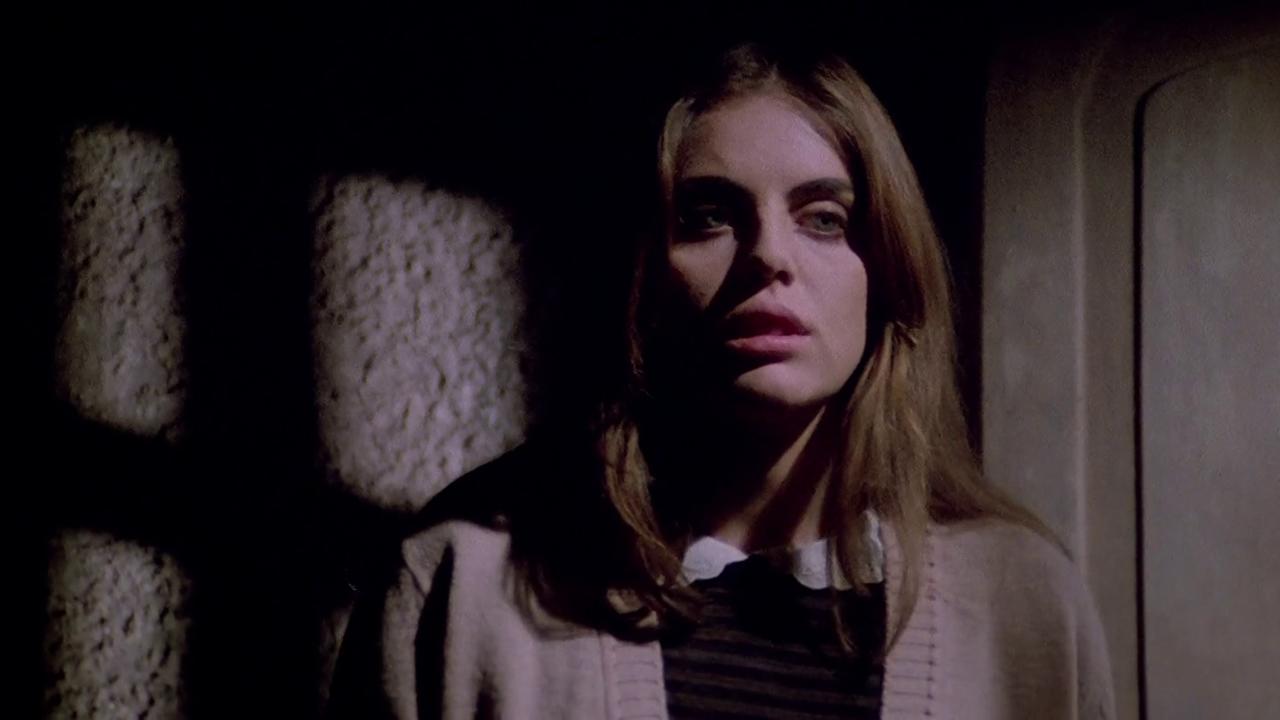 Coming on the heels of Zombie Flesh Eaters, City Of The Living Dead and The Beyond, Cemetery often gets overlooked. It’s true, it doesn’t have a shark fighting a zombie or a woman puking up her guts in alphabetical order, and it doesn’t have the surrealistic seriousness of The Beyond. It does, however, have a monster with the name Freudstein and a level of misanthropic, cruel violence that’ll make you understand how Fulci was able to steal the title of “Godfather Of Gore” from H.G. Lewis.

Ostensibly the third movie in Fulci’s “Gates Of Hell” trilogy — which is true in name only — Cemetery continues City and Beyond’s fascination with bizarre, Lovecraftian horror, mixed with extreme violence. And don’t kid yourself: this movie is violent. While it was once said of Clark Ashton Smith that “nobody since Poe has so loved a well-rotted corpse”, of Fulci you might say that nobody in the history of art has so loved a dismembered, screaming woman. And yet somehow, in every frame of every movie, he makes the destruction of the body into something artful.

This movie, and the others in the trilogy, are a good indication of where your life is headed if you get into Italian horror: a lot of blood, a lot of screaming, and plenty of discomfort. But you’ll also recognize from the first frame that you’re in the hands of a genius.

No Italian horror movie was made on a serious budget. This limitation often manifests itself in humorous ways, such as the quality of the dummy whose head explodes in Don’t Torture A Duckling, or the silly suits the astronauts wear in Planet Of The Vampires. In Nightmare City, directed by the brilliant Umberto Lenzi, this humorous manifestation continues, albeit this time in the form of an army of zombies who look like they came out of rejected screen tests for The Toxic Avenger.

Now, I can already hear the protestations: “But we’re sick of zombie movies! Couldn’t you have recommended something else? Aren’t there any cannibal movies to watch?”

Sure there are. And we’ll get to those soon enough. But I promise you, you haven’t seen zombies like this. Because while you might have seen everything from the slow-moving, Romero zombies to the sprinters in 28 Days Later — in this movie the zombies use guns.

The reason for this grows out of an obviously pedantic distinction, because technically Nightmare City doesn’t really feature zombies at all, but rather bloodsucking, irradiated ghouls who turn everyone they bite into a bloodsucking, irradiated ghoul, which is, you know, different from a zombie (just ask Lenzi). But whatever. You came here for the guns, blood and bad make-up. The silliness — whether in the look of the zombies or in their strange, non-zombie behaviour — is part of the allure.

Cheapness, in no small way, is a strength to exploitation. It only adds to the seediness.

Nightmare City is the perfect introduction to one of the masters: a guerrilla gore-fest of a movie that starts moving quickly and doesn’t let up, even when you want it to. 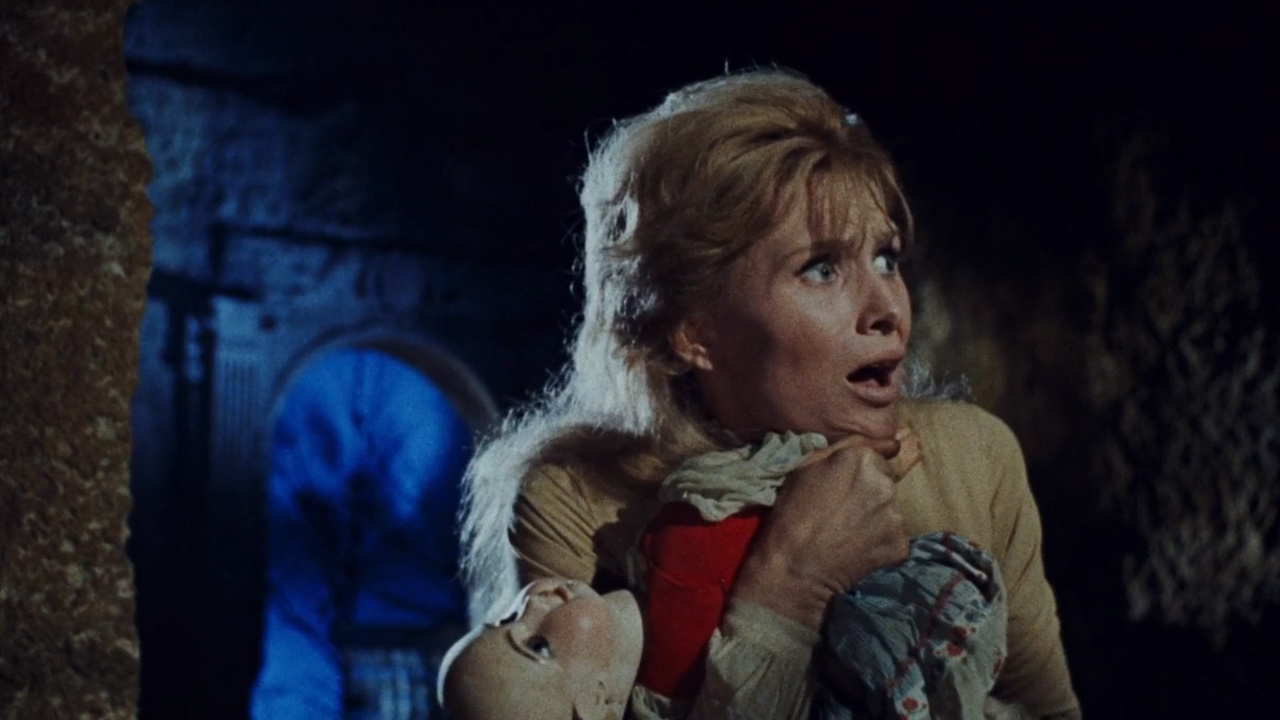 Mario Bava was a genius. He not only invented the giallo film with The Girl Who Knew Too Much, but continued to make brilliant, low-budget horror movies until his death at the young age of 62. This list of masterpieces is long: Hatchet For The Honeymoon, Bay Of Blood, Blood And Black Lace, Danger: Diabolik and Baron Blood — but none are quite as unsettling the ultimate pre-J-horror experience, Kill, Baby… Kill!

Continuing the penchant for dreamy imagery he’d been developing his whole career, Kill seems to take place in an alternate reality of plastic soundstages and bizarre lighting. But while in lesser hands this would have become accidentally comical, in a Bava movie it’s the perfect environment for a ghost whose presence places a curse on whomever is unlucky enough to see it.

Much like Sam Raimi did in Evil Dead, Bava uses the surreal to suggest an encounter between two realms, and does so in a way that knocks you on your seat for how terrifying it is. This is a world, after all, in which a thick fog announces the presence of evil, where a young girl seems to appear and disappear at will and children’s toys manifest out of nowhere. The surreal is the world they live in. It’ll scare the bejesus out of you.

And if period pieces like this are your thing, then be sure to check out Corman’s Poe cycle and the whole gamut of Hammer films — all of which are great examples of the possibilities of exploitation cinema when placed in the hands of a master. 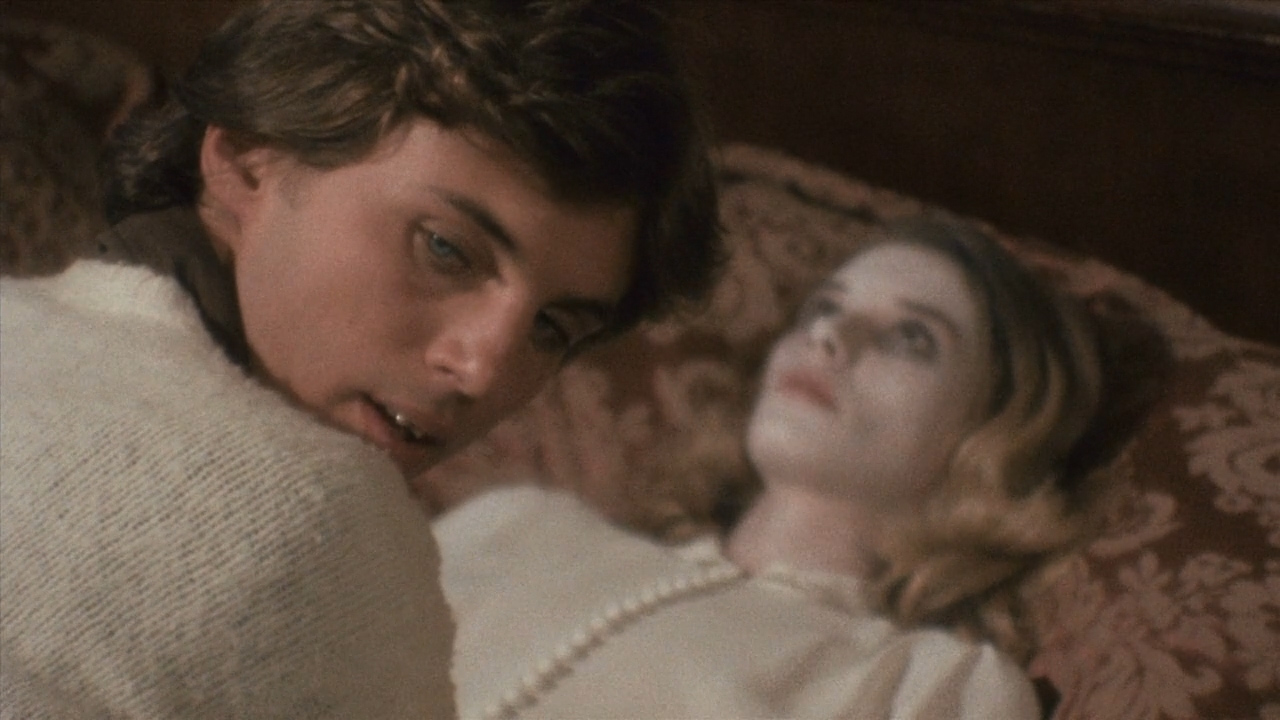 It might be the case that you’ve made it through the last two movies and thought, “Where was this unrelenting nastiness he spoke of? All I’ve seen are some firearm-wielding zombies and a monster with a stupid name.” Well, we’re into the big leagues now, gentlemen. Beyond The Darkness might not be the pinnacle of cinematic nastiness, but it’s definitely playing the same sport.

The plot, admittedly, is ridiculous: a woman kills her love interest’s girlfriend using voodoo; the love interest digs up his dead girlfriend and keeps her in his house; everyone who finds out about the corpse gets murdered. With this one, the devil, truly, is in the details, as the movie bounces between necrophilia, cannibalism, and various other forms of sadism, including an eye gouge and a close-up of a body withering away in a fire.

A particularly interesting scene features the voodoo woman eating what appears to be slop — and getting it all over her face, I might add — while the love interest recalls the looks of the acidified body they just buried in flashback until he throws up. It’s nauseating, but very cool.

And the good news is that if you made it through this one, you’re well one your way to enjoying some of the other works of Italian horror. You’ll never be phased by a cannibalistic necrophile again. 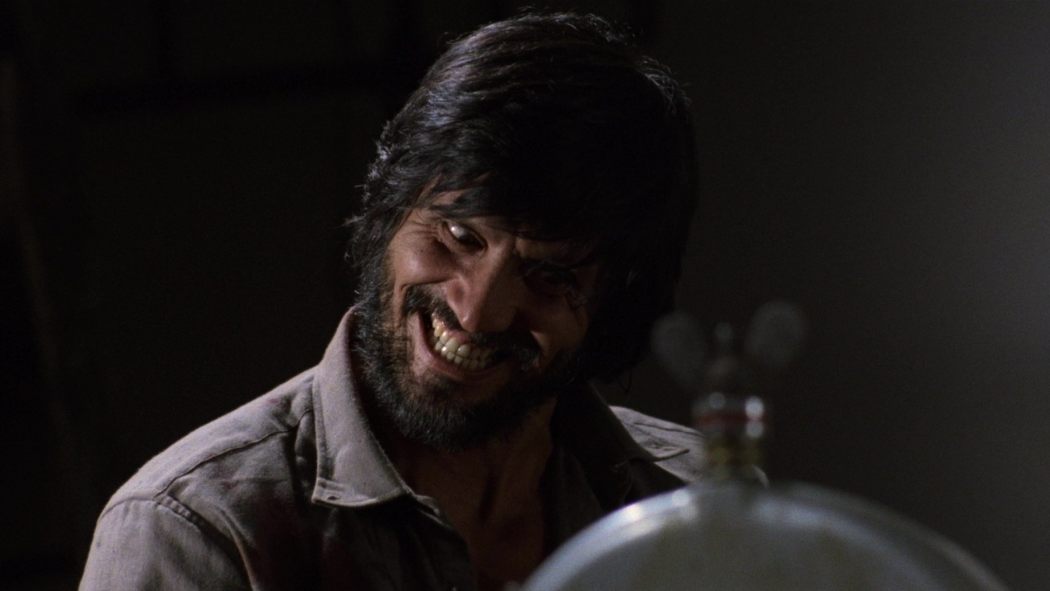 Exploitation movies are made hard and fast, with few resources and no time, often by people who have no idea what they’re doing. For this reason, shortcuts are often taken: the same camera set-up will be used repeatedly, for instance, and scripts will often be written around existing and popular stories. This takes care of two things: first, it allows filmmakers to piggyback on another film’s advertising; and second, it takes the onus off the creators to do something wholly original, thus freeing up time that would be spent, say, coming up with a workable plot, and allowing the writer to focus primarily on when to insert nudity and death.

This isn’t a bad thing. There’s a long and noble tradition around this type of movie, including classics like Battle Beyond The Stars and Piranha. What’s interesting to me, is when one exploitation film becomes popular and then finds itself aped by other exploitation films. This happened with The Road Warrior, which became both Battle Truck and The Exterminators Of The Year 3000. But it also happened when Halloween became the biggest independent film of all time.

Of course, if you’re reading this, you’re familiar with the number of Halloween imitators that appeared in its wake: they made up the slasher craze of the 1980s, notably the Friday The 13th series. Absurd is also one of those movies, but for my money gets put into the “criminally overlooked” category (more so than, say Don’t Go Into The Woods).

And really, what are you here for if not sleaze?