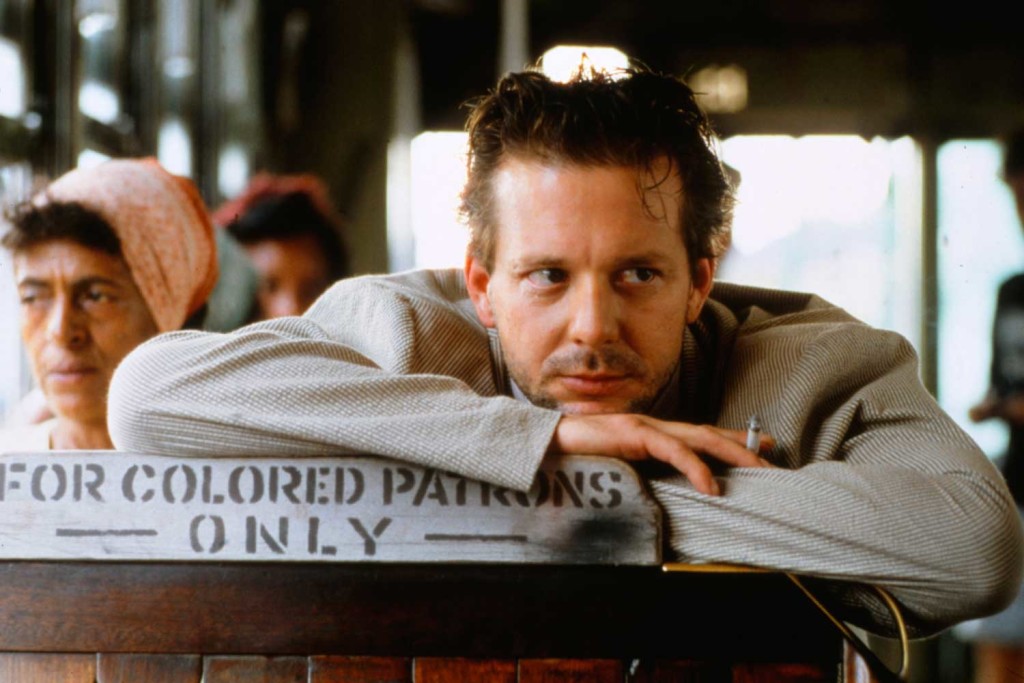 Described as a story which emphasizes the psychology of its characters and their unstable emotional states, the following films are benchmarks for what a successful psychological thriller should aspire to be. Instead of displaying legions of gore and violence, their main objective is to play with your mind. To leave it up to you to construct the tension of what you have just witnessed.

As the great perplexer David Lynch once said: “when you are spoon-fed a film, more people instantly know what it is. I love things that leave room to dream and are open to various interpretations. It’s a beautiful thing.” So read on and enjoy the ride. 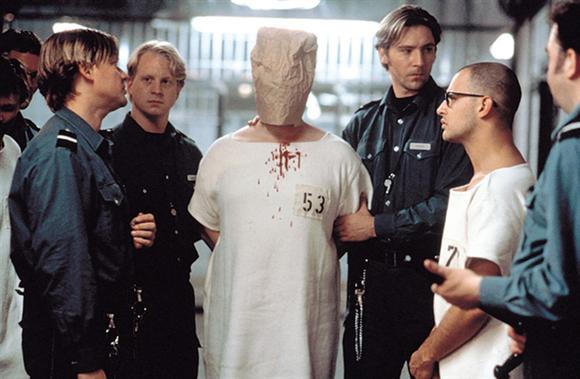 Das Experiment is a 2001 German thriller from director Oliver Hirschbiegel, starring Moritz Bleibtreu as Tarek Fahd, or later only to be known as Prisoner 77.

Tarek reads a newspaper advert regarding a social experiment in a simulated prison. With a financial reward given, provided participants complete the full 14 day stay, it’s an offer this reader can’t refuse. The 20 curious volunteers are first divided up into Prisoner and Guards and are then asked to remain in their role throughout.

Monitored and observed by scientists, the trial takes a plummet into the dark depths of human behaviour. With the prisoners becoming more than disenchanted with the guard’s superiority, the guards take matters into their own hands, becoming merciless, brutal enforcers of their dungeon.

A gruelling yet compelling watch, what makes Das Experiment even more powerful, is the fact that it is based on actual events. Known as the Stanford Prison Experiment, this was concocted as a study of the psychological ramifications of becoming a prisoner or guard. 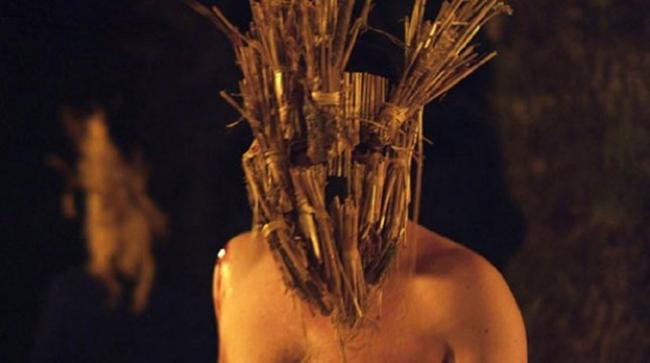 In Kill List, we are presented with a film that has obviously been heavily influenced by some of the horror heavy-weights. Take The Wicker Man(1973), add a dash of Race With the Devil and a pinch of Rosemary’s Baby and presto! Kill List doesn’t fail to deliver!

Two ex-army pals, Jay (Neil Maskell) and Gal (Michael Smiley), are now plying their trade as hit men (the latter rather reluctantly). After agreeing to another ‘hit’, the two comrades are in the middle of the assignment when they comprehend that they are involved in something much more sinister than anticipated.

From English director, Ben Wheatley, in just his second feature film, Kill List is a formidable beast that contains graphic scenes and is not for the faint-hearted. 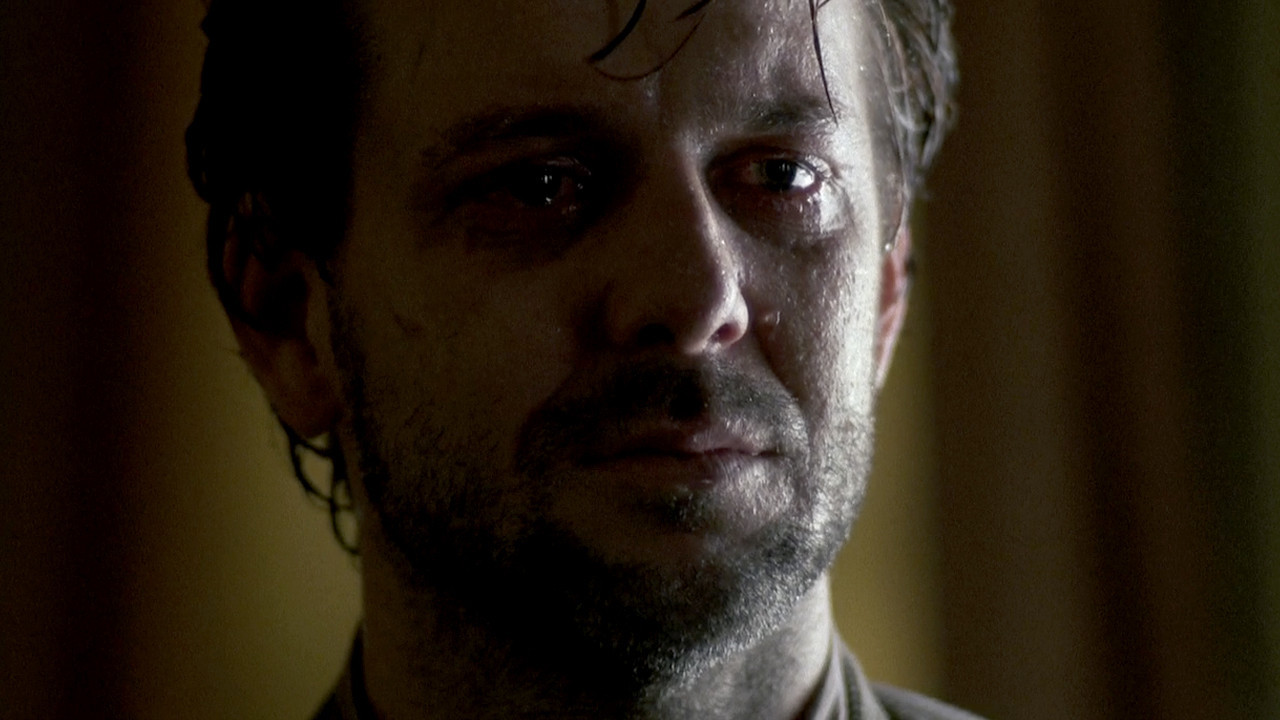 Angel Heart is an American psychological thriller directed by Alan Parker and stars Mickey Rourke and Robert DeNiro. Released in 1987, but set in the 50’s, it was well ahead of its time and has now reached cult status.

Mickey Rourke stars as Harry Angel, a rugged private investigator that has been hired by a man named Louis Cyphere (DeNiro), to uncover the whereabouts of a disappeared singer, Johnny Favourite. Along the way, Angel meets several characters that all share information on the story of Favourite. However, with these characters being killed shortly after meeting with Angel, he finds himself a lot more involved than he could ever care to have wished for.

With Rourke in top form, giving possibly his best performance and the genius casting of DeNiro in his role, Angel Heart is an atmospheric, intelligent, bloody horror, with much duplicated but never surpassed twists. An unforgettable classic. 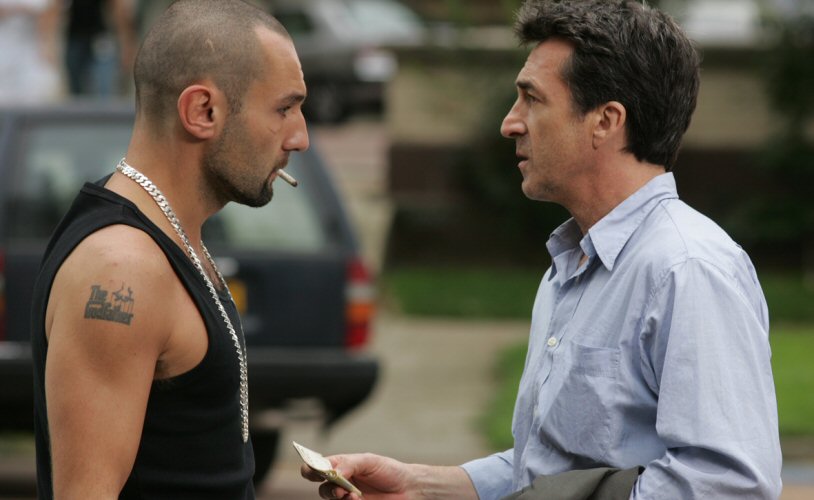 This French thriller stars Francois Cluzet as Alex Beck, a man continuously struggling with grief after losing his wife 8 years ago. When Alex receives material hinting that his wife is alive and well, a complex chain of events results in a chaotic manhunt for him.

With an excellent supporting cast of Marie-Josee Croze, Andre Dussollier and Kristin Scott Thomas, this suspenseful tale is comparable to the work of Alfred Hitchcock. Full of twist and turns, with such a well-executed plot, Tell No One is a frantic, edge of your seat chef-oeuvre. 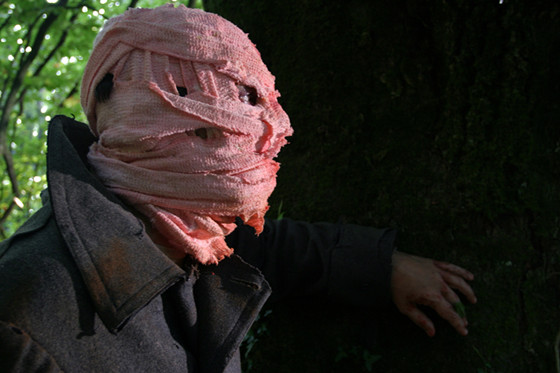 Released in 2007, Timecrimes is a Spanish sci-fi thriller based on time travel. Directed by Nacho Vigalondo and starring Karra Elejalde, the film was shot on an extremely low budget, without any CGI or flashy special effects. Easily one of the more intelligent and complex time loop movies, it is frantically paced and superbly executed.

Timecrimes introduces Hector (Elejalde), who is currently renovating his house, along with his wife in the countryside. Whilst surveying the nearby woods through his binoculars, he spots a young woman undressing.

Curiously he enters the woods to investigate, when suddenly he is attacked and chased by a man covered in bloody bandages, wielding a pair of scissors. Can Hector escape from this madman? And exactly why was he assaulted in the first place?

Certainly a prime example of cinema where the less known is for the better, Timecrimes will continuously keep you on your toes and have you doubting your own thoughts, much like our Hector. 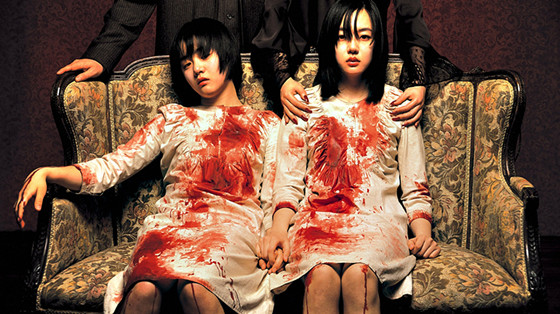 Asia is well known for being the cutting edge of horror movies, with emphasis given to the build-up of tension and creepy atmosphere, the premeditated pacing and menacing images, A Tale of Two Sisters, is no different. The highest grossing Korean horror, this masterpiece is a brilliant, visceral horror, brimming with bewildering twists.

The story embarks with a teenage girl named Soo-Mi (Su-Jeong Lim) being cared for in a mental hospital, why she is there, we are not told. In the next scene, Soo-Mi is shown travelling and arriving with her father and younger sister Soo-Yeon (Geun-Young Moon), to their lakeside estate. They are welcomed on arrival by the daughter’s stepmother, Eun-Joo (Jung-ah Yum), much to the disgust of the daughters.

From this moment on we witness the bitter divide between stepmother and stepdaughter, with the uneasy tension flourishing within the household. With the mysterious presence of an intrusive ghost only heightening the already strained atmosphere, the feeling of impending doom leads to a heartbreakingly shocking finale.

A gut-wrenching, modern day horror, this 2003 gem is a tour de force of Korean cinema, by director Kim Jee-Woon.

19. The Secret in Their Eyes

‘El Secreto de sas ojos’ is an Argentine crime drama from 2009. Directed by Juan Jose Campanella, the film stars Ricardo Darin and Soledad Villamil. With outstanding storytelling and immaculate acting, this movie will have you hooked from start to finish.

In 1974, Federal Justice Agent, Benjamin Esposito (Darin), is delegated to the crime of a brutal rape and murder of a young woman. Upon promising the husband that the killer will be caught and will serve life in jail, two innocent men are accused and held, by a competing co-worker, in order to get a quick conclusion.

Expertly told the story continuously flickers back and forth to 1999 where the case is still unresolved and still troubling Esposito. With the co-operation of an alcohol dependant assistant and a love-that-never-was ex-boss Irene (Villamil), the case is reopened.

Revealing incredible, gut-wrenching outcomes and a thrilling finale, this is a truly touching, emotional masterpiece of world cinema. 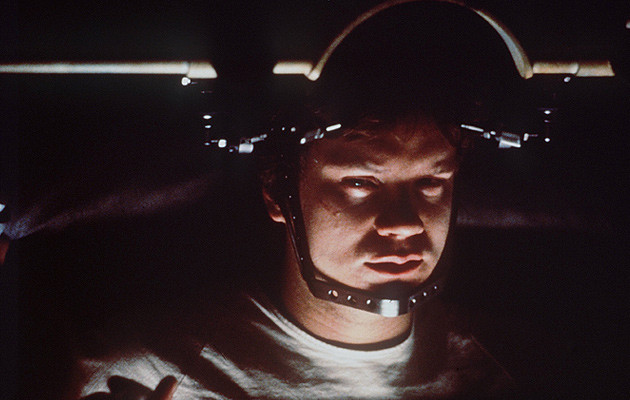 Jacob’s ladder is a psychological horror directed by Adrian Lyne and starring Tim Robbins. Portraying the horrors of his time serving in the Vietnam War, Jacob Singer (Robbins)journey to uncover the truth is told in shocking flashbacks and visions.

Jacob wakes in a New York City subway alone, in his postal worker uniform. Continually reminded of his ex-wife and the death of his son Gabe (a very young Macauley Culkin), these thoughts are meshed with progressively hellish hallucinations.

After meeting with his old Army friends, they concur that they too have been experiencing the same horrors. However, after discovering a breakthrough in the reasoning behind these visions, Jacob involuntarily finds that the truth is not relinquished amicably.

In what is considered by many to be Tim Robbins best performance, Jacob’s ladder can leave you depressed, heartbroken and confused. Nonetheless, with such a strong, atmospheric plot, you’ll want to watch this one again.