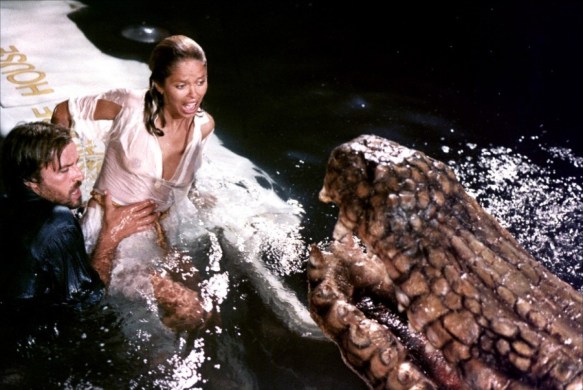 I’ve seen virtually every alligator movie that ever was, and none outside of the underrated Alligator have ever gotten the look of the animal right. But while most of these movies had to settle for CGI (Lake Placid) or cheap prop alligators shrouded in darkness (Eaten Alive), The Great Alligator goes the extra mile by using what appears to be a bathtub toy.

Like all movies on this list, the set-up is simple: Europeans have turned native African land into a vacation resort, and in so doing have angered a local god that manifests itself as an angry crocodile. (The “alligator” in the title is misleading.) People get eaten, the locals get angry, and eventually all that’s left is a stack of bodies and buckets of blood. Specifically, the final showdown is a work of art.

And, yes, there is something of a political message to the movie. Many Italian horror movies — especially the cannibal ones — take their cues from Joseph Conrad, turning the civilized society into the barbaric, and the barbaric into the civilized. The Great Alligator continues this tradition by featuring a sympathetic portrayal of the African tribesmen — mostly — that might be lacking in some of exploitation’s more dangerous entries. It’s clear that the Europeans are the ones who have transgressed, and that they’ll be punished by the alligator god for doing so. If only they’d listened to the locals from the beginning.

The giallo movie — Italian proto-slashers about beautiful women getting stabbed to death by a mysterious villain — is probably the most enduring and influential genre to come out of Italian horror cinema, and its greatest practitioner is Dario Argento. Some of you may know him from such films as Suspiria, Inferno, and Profondo Rosso, all of which feature his iconic use of colour, dream-like plots and extreme, close-up violence — usually involving a sharp, stabbing weapon. But his greatest work, in my opinion, is Opera.

To begin with, Argento gave his killer the most brutal method: he sneaks up on a woman, tapes needles under her eyelids so she can’t close them, then murders someone important to her and forces her to watch. The close-ups of the eyes are almost unbearable. The needles are nightmarish. And there’s a scene in which the killer uses an XL-sized pair of scissors to cut a lady open in order to retrieve a bracelet.

And if this is your first excursion into Argento Land, then not only do I recommend the above-listed movies, but also The Bird With The Crystal Plumage, Phenomena and Tenebrae. Beyond Fulci, beyond Lenzi and D’Amato, Argento is the greatest name in Italian horror. 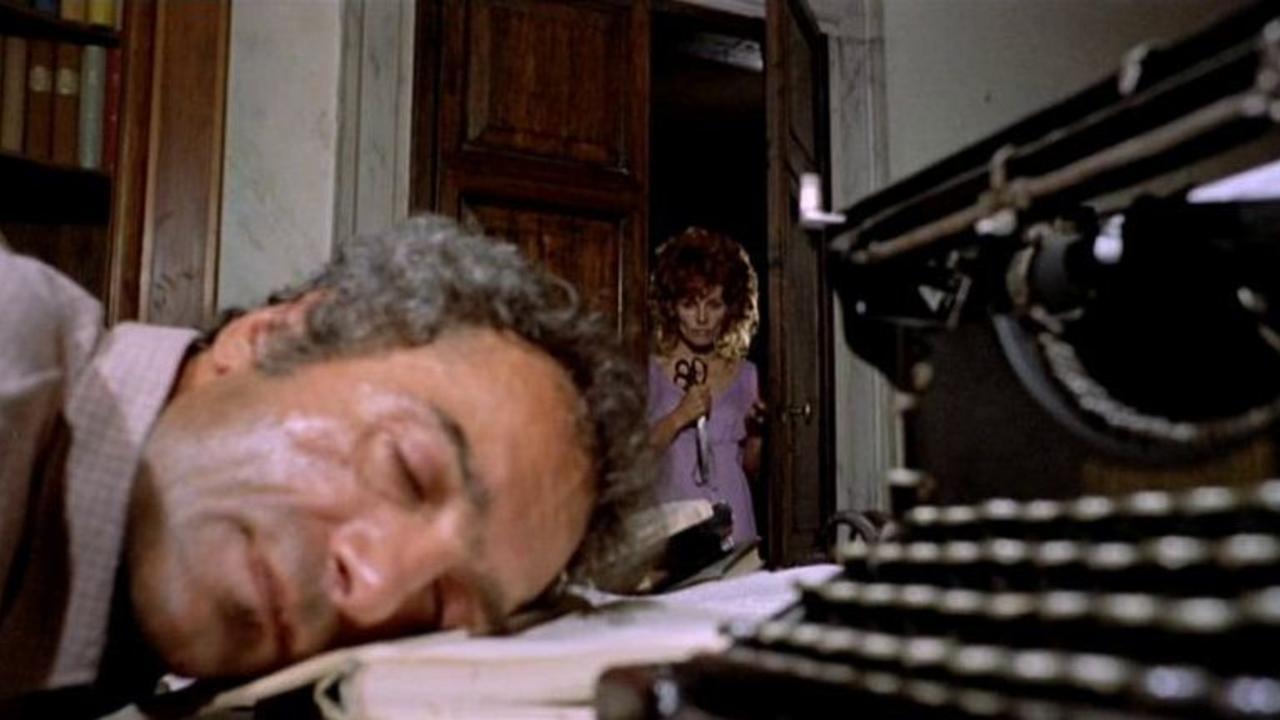 Each exploitation genre has a certain flavour of title. The early AIP movies were all called things like Invasion Of The Saucer Men, Attack Of The Puppet People and War Of The Satellites; New World had Women In Cages, Forbidden World and Humanoids From The Deep. But while AIP movies advertised their fun and campiness and New World recognized itself as an edgier alternative, Italian movies tend to flat-out call themselves abominable, disgusting and, in a certain sense, evil. This is why you get titles like Make Them Die Slowly (also called Cannibal Ferox), Antropophagus (which means “eater of humans”) and, wordiest of all, Your Vice Is A Locked Room And Only I Have The Key.

Firmly rooted in the giallo tradition, Vice manages to stand out by having a mystery that actually keeps you guessing: the main character is an angry, alcoholic writer who’s prone to blackouts, and everyone around him is getting murdered. How could it not be him?

This is one of the absolute essentials, with all the violence, severe camera angles and cool close-ups on garden sheers. Even the notoriously testy Rotten Tomatoes gave it a unanimous verdict (100%), if you care about that sort of thing. And if you like it, be sure to check out some of Sergio Martino’s other works, including the Poliziotteschi classic Milano trema: la polizia vuole giustizia, and another giallo great called The Sudden Death Of A Minor.

During the 1970s, Italian genre filmmakers produced a slew of movies about cannibalism. It sounds bizarre now, but at the time there was money to be made in movies about explorers getting eaten by natives, all of which featured real animal deaths and, near-universally, a man’s who’s genitalia gets removed. The most famous of these is obviously Cannibal Holocaust, which was so realistic that its director, Ruggero Deodato, was thought to have made a snuff film. But the first one was an Umberto Lenzi movie called The Man From Deep River.

Apparently a rip-off of A Man Called Horse, Deep River was also inspired by the success of what are known as “mondo movies”, or documentaries on taboo subject matter, often relating to sex and death. Some of you might be familiar with Mondo Cane, but the most famous of the mondo movies is an infamous picture called Faces Of Death. (There’s also a knock-off called Traces Of Death which shows in full the public suicide of Pennsylvania State Treasurer R. Budd Dwyer. You’ve been warned.)

The selling point for these was that there was a chance the audience might see actual footage of real people and animals dying. Whether or not these movies delivered on that promise is another story, but it was with that premise in mind that the cannibal film directors — including Lenzi — often filmed people doing things like, in Deep River, cutting off the top of a monkey’s head to expose its brain.

Now, I don’t know if you’re expecting some cheap monkey prop with a gelatine brain, so I can’t stress this enough: these movies feature real animal deaths. That is an actual monkey getting its head cut off, just as that was an actual pig who got shot in Holocaust (among other things). Even though Deep River has more heart and sympathy for its characters than the other misanthropic entries in the genre, it still doesn’t shy away from portraying real-life brutality alongside its dramatized sequences of cannibalism and murder.

This is still a great movie, and Lenzi is still a great director. But these movies have a reputation for a reason: entering into the world of cannibal films — or Italian jungle adventures in general — can be a very dangerous proposition. Tread lightly. 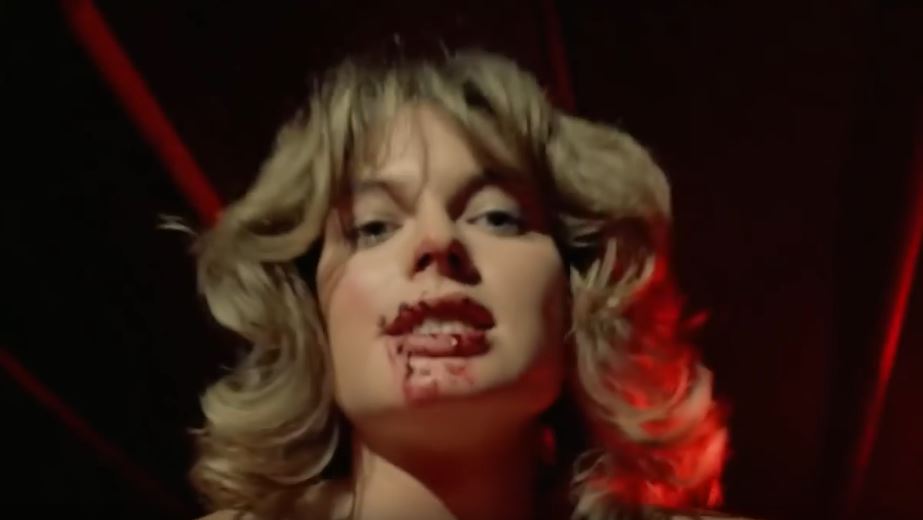 What better way to round out this list than with the most underrated movie in Fulci’s catalogue, the brilliant Aenigma?

It’s true that Fulci’s later movies are without the reputation that his earlier movies have. In his last ten years as a filmmaker, he directed Zombi 3 and A Cat In The Brain, among others, neither of which hold up when compared to even the divisive New York Ripper. But Aenigma is not those movies: it’s a great supernatural thriller with Fulci’s trademark surreal plotting style intact and the requisite violence which is his stock in trade.

Certainly derivative of Carrie, Fulci apes that movie’s “bullied teen with superpowers” premise and adds nightmarish visions of decapitations, possession and filicide, all entered around a revenged-driven, psychic and comatose teen who possesses the body of another student in order to carry out her murderous plan. Sound ridiculous? Of course it is. But does it also sound violent, crazy and like essential viewing for anybody who got to the bottom of this list? You’d be right again.

Perhaps the last great movie he ever did, Aenigma is still the work of a man fully in command of his craft. Almost everything he did before and including this movie is great, so if you’re a beginner, just know that you can start pretty well anywhere in his filmography and you’re still gonna get 200 proof, razor-sharp Fulci.

And if it turns out his work is the thing for you, I’d like to also take a minute to recommend his spaghetti western Four Of The Apocalypse, which is exactly as you’d imagine: 90 minutes of gore, cannibalism and hateful brutality, all set in the old west.