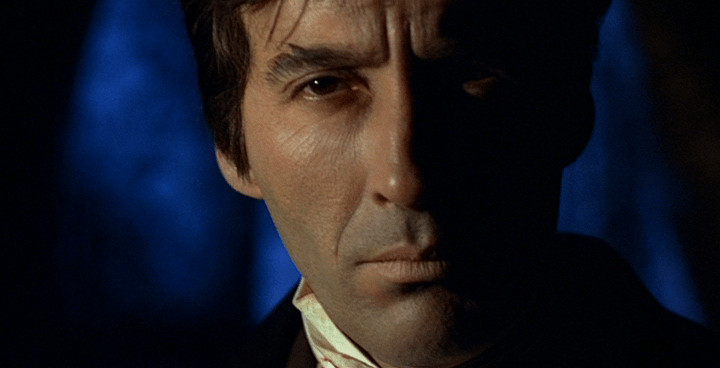 If you’ve made it this far, you probably already know what lies ahead. You’ve heard the stories, about movies so violent you won’t be able to make it through the first act; about bannings and protests and effects so real you won’t believe they were faked. Well, the stories you’ve heard are true. These aren’t your grandfather’s horror movies – these are the real deal.

Every single movie on this list is filled to the brim with sadistic violence, grim sexuality and torrents of blood. Several of these movies are about people getting eaten alive. At least one will show you real animals getting hacked to bits. If you’ve heard that Italian horror is controversial, know that it isn’t over nothing. If you watch the movies on this list, you will not come out the same person you were going in.

Proceed at your own risk. You are about to gaze deep into the abyss. 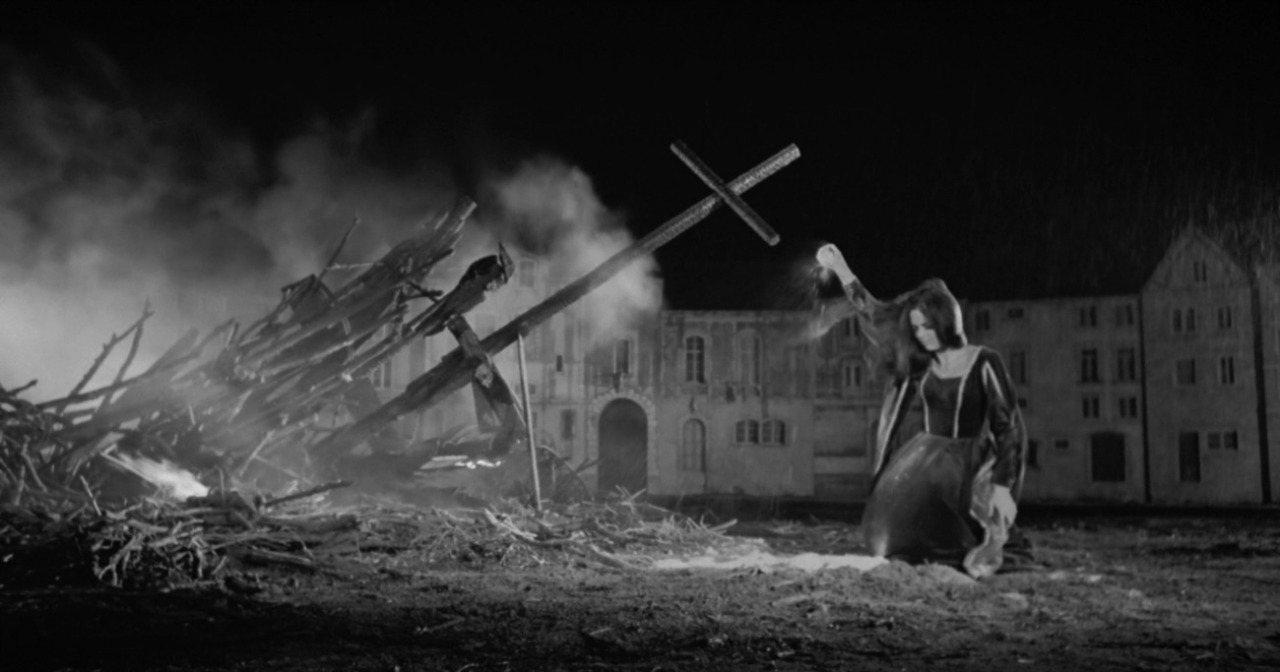 The Gothic has had somewhat of a surprisingly exalted place in the exploitation cannon. There were early movie like the Bela Lugosi classic The Devil Bat, then the Hammer films like The Curse Of Frankenstein, which were answered by AIP with Roger Corman’s “Poe” cycle. On paper, it seems like kind of an odd mix, what with the Gothic reliance on atmosphere over violence and what must be expensive sets and costumes. And yet directors from Corman to Bava to the great Antonio Margheriti have not only made it work, but made masterpieces along the way, and The Long Hair Of Death is one of those.

Set during a Plague outbreak – appropriate viewing for our times – Death is about a young woman resurrected as a ghost via lightning strike to exact revenge upon the family who falsely burned her mother as a witch. She does so through seduction, pulling the guilty – and married – man into a tangled web of sin like a black widow waiting for her chance to kill. It’s a brilliant example of exploitation that manages to retain its label while also showing restraint. It shouldn’t be missed.

And yes, Antonio Margheriti is the name Eli Roth uses in Inglourious Basterds. If you don’t know him, you should. 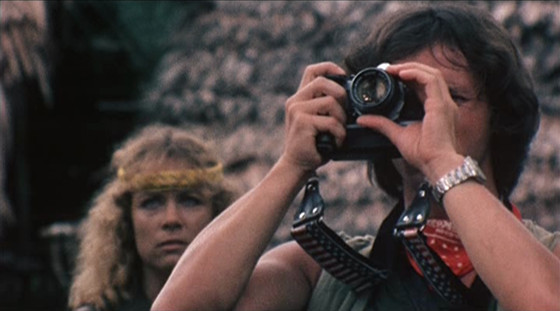 The cannibal movie is the most feared and controversial contribution that Italy made to genre cinema. Each of these movies is done partly in homage to the mondo movies that came before it, while also borrowing thematic considerations from Joseph Conrad – considerations which still manage to cause controversial amongst literature professors. (See Chinua Achebe’s response to Heart Of Darkness, for example.) Cannibal Holocaust is the most notorious of all of these, but Make Them Die Slowly is no less brutal, nihilistic and misanthropic than its more famous cousin.

The movie begins with two siblings and their friend exploring the rainforest to prove that cannibalism is a myth. Along the way they encounter two men who claim to have been assaulted by a tribe of cannibals and barely escaped with their lives. But, of course, that’s not the whole truth: the men drew the tribe’s ire by exploiting them to use for cocaine production, and now they’re on a warpath. What follows is 90 minutes of absolute brutality unlike anything you’ve ever seen as the heroes are captured, tortured, eaten and far, far worse.

This includes a castration scene that’ll turn your blood cold. For whatever reason, it’s a scene that’s managed to show up in virtually every cannibal movie — so much so that I’ve almost developed a sixth sense for when it’s coming. (Not that I’m bragging.) If you like these movies, you’re gonna wind up seeing a lot of that. Don’t say I didn’t warn you. 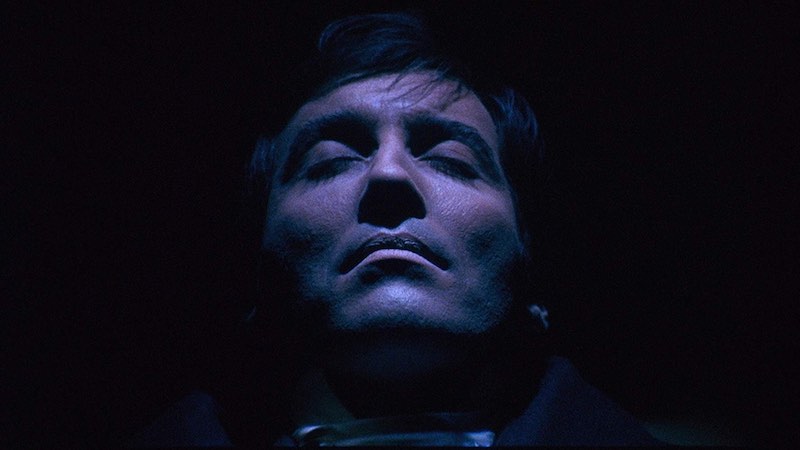 I’ve written before about how much of a genius Mario Bava was, but, truth be told, I don’t feel like I could say it enough. Many directors have fallen hard on the parameters for exploitation: the low budgets, the non-professional actors and the tight schedules. But for Bava, these parameters always prove an asset. Kill, Baby… Kill! and Blood And Black Lace are great examples of this, but by far the most beautiful, haunting and arresting movie he’s ever done is The Whip And The Body.

A Gothic film similar to The Long Hair Of Death, this 1963 movie stars Christopher Lee as a sadistic brother in an aristocratic family who’s murdered after whipping his brother’s wife in a sado-sexual frenzy. (You read that correctly.) It’s not long, however, before Kurt (Lee) seems to have returned as a ghost and a string of murders and bizarre occurrences begin to plague the Menliff family. Truly, there are some moments that’ll make you squirm with fear.

Bava is notorious for his way with colour and his ability to suggest the uncanny, and is at his best here: every frame in this movie could be displayed at the Louvre. This isn’t one of his best-known movies, but it deserves to be spoken of with the same reverence given to his earlier masterpieces Bloody Sunday and Black Sabbath. 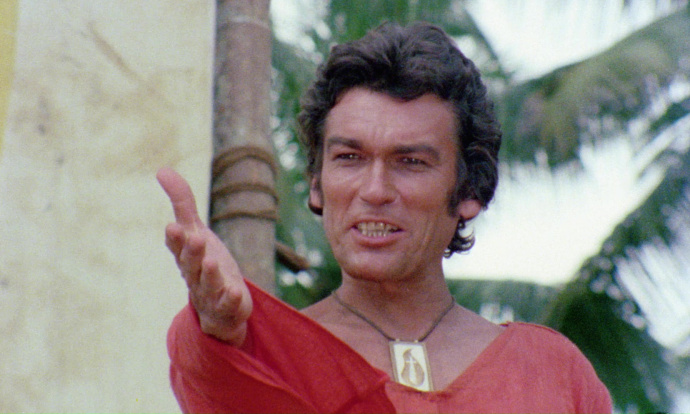 Before Make Them Die Slowly, Umberto Lenzi tried his hand at cannibal and cannibal-like movies twice: the first was The Man From Deep River, which features cannibalism only briefly, but which became the notorious progenitor of the genre nonetheless; and the second was the superior Eaten Alive, a 1980 film which made prompted reviewer Robert Firsching to write, “the only statement most viewers are likely to come away with is ‘yuck.’” Consider me on board.

Capitalizing on the then-current Jim Jones story, Eaten Alive – not to be confused with the earlier Tobe Hooper masterpiece – is about a woman on the hunt for her sister in New Guinea, only to find her in the thralls of a cult leader who’s set up camp around a group of cannibals. If you’ve already come this far, audience member, you know what’s coming, and you’re right: people getting eaten and hacked to bits, real live animals get killed and every boundary of good taste is thrown to the wayside.

What makes it different from Make Them Die Slowly? Who cares? They’re cannibal movies – they’re just there to be disgusting and offensive, which, in my estimation, makes them great. Make a night of it and watch them both.

Sergio Martino is one of the most underrated directors there ever was. His giallo movie The Curse Of The Scorpion’s Tail is a forgotten classic, The Great Alligator is every bit as awesome as its sounds and The Island Of The Fishmen is in need of a serious re-evaluation. But while his contemporaries – namely Lenzi, Argento and Fulci – have all maintained their institutional status long after Italian horror was in vogue, Martino hasn’t. Let me, therefore, present to you his greatest achievement, that you might include him in the pantheon of Italian genre directors.

Colours is about a young woman, reeling from the loss of her unborn child and the murder of her mother, who comes to believe that she’s being followed by a blue-eyed man. Sure, everyone has their theory: it’s her vitamins, it’s stress, it’s anything but the reality that she’s being stalked by a devil-worshipping coven wanting to use her to satisfy their bizarre sexual inclinations. It’s strange, it’s surreal, it’s very 1970’s, and, just as Italian movies are known for, it’s also very flamboyant and picturesque. It’s kinda like Rosemary’s Baby if everyone making it was insanely high and had no money.

Give Martino a chance. He might not be a household name right now, but if there’s any justice in this world, he will be.