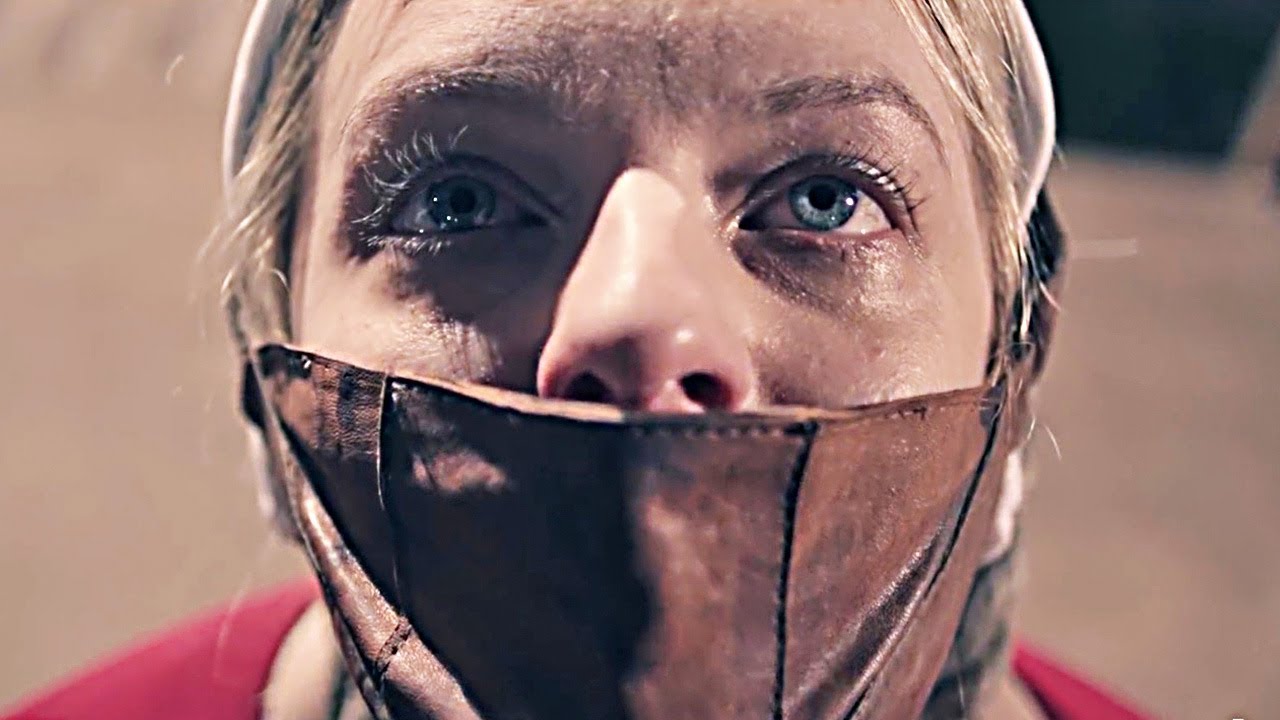 Some might consider putting the words “cinematic” and “television” together in one sentence a heresy. How could a medium largely confined to entertaining an audience that never wants to be challenged, be compared to what is one of the greatest art forms of our generation? How can its fragmented, disjointed, recklessly infantile structuring ever come close to mirroring the meticulousness and the patience of great cinema? But time and again, and especially in the last 10 years, they have been brought together over and over.

As it became more and more frequent and premium and standard cable networks became just as popular as network, the very audiences that were content with confetti-like comedy and cop dramas, became the most impassioned receptors of auteur work, just as film audiences showed up in droves to spend their earnings on baseless drivel.

With the advent of streaming services and the ability to watch entire seasons of a television show at once, the line between the two industries is fading away. Which is why it is fascinating to look back and contemplate how television makes for such great cinema and here are 20 of the most cinematic TV episodes of all time – evidence of that reflection: 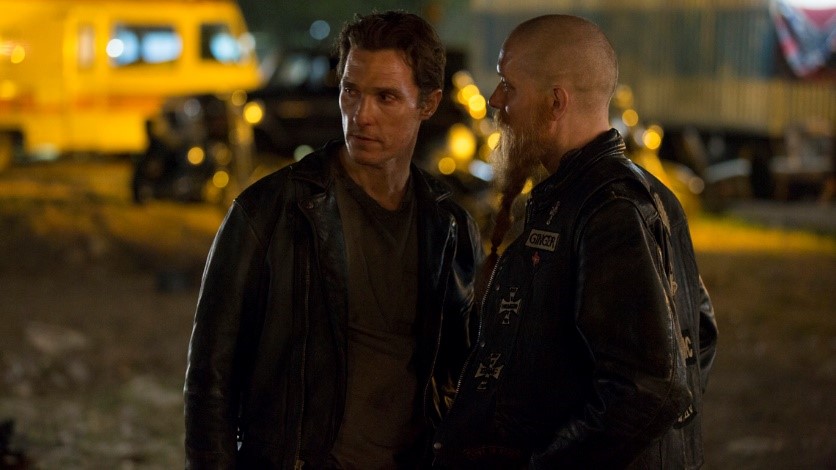 When it first came out in 2014, no one expected “True Detective” to be the game-changer it would prove to be. It was wildly anticipated – the somehow both likely and unlikely match of the incredibly underrated Woody Harrelson who seemed to be finally getting his due in the industry and Matthew McConaughey, who, hot off his Oscar win for “Dallas Buyers Club”, was making a rather fascinating foray into exploiting the artistic merit a glimpse of which we saw back in 1993 in Richard Linklater’s “Dazed and Confused”, but then sort of disappeared under mainstream mediocrity, seemed like an idea at least worth exploring.

It paid off huge dividends – such that even a decent second season was harshly received because of the bar the first had set from the get go. “True Detective” was witty, dark and astonishingly bold. Even by HBO standards, its toying with the themes of moral corruption and existentialism seemed to be entirely original and evidence of a fearlessness that was seeking never-before-seen heights.

And while it was truly ambitious, it sometimes flew too close to the sun. This remarkable episode, though was not one of those times. Best known now as the episode with the astounding six-minute long tracking shot of Rust’s involvement in the Iron Crusaders’ raid that was pure ambition that quite simply worked, the trick of this episode is how it builds tension – in that brilliant, unforgettable moment, yes, but in what precedes It too.

How we’ve seen Rust’s and Marty’s relationship unfold, how Rust is always tempted to give in to his darker inclinations and the world we live in – whose moral bankruptcy is threatening our very decline – leads to those six minutes being not only visually sophisticated and technically marvellous, but the genuinely riveting storytelling. 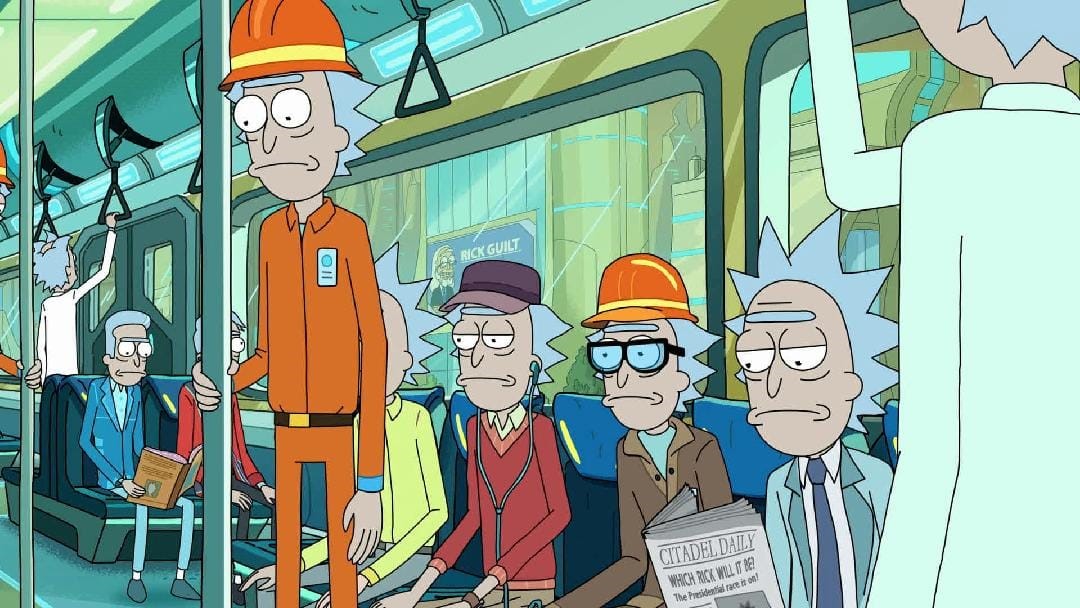 TV comedy is said to rely on structure so heavily that when it breaks that tried and tested norm, it is almost always doomed to fail. This structure used to be primarily about an episode following a three-act convention but recently it has also become about the structure we perceive the show to have always followed and we have expected from the show.

We were so set on “Arrested Development” being a juggling of all its characters’ perspectives that when it tried to shift gears in its catastrophic fourth season, it crashed. Some of it was the show’s fault, but it is absolutely indubitable that it is ridiculously complex to break structure and still yield the same degree of affection from the audience, or still feel like the same show, essentially.

Not that “Rick and Morty” ever followed a structure religiously, even though each episode does seem to go down the Rick and Morty go an adventure, get into trouble and Rick saves the day with his unimpeachable genius route, but when in its outstanding Season Three, the show decided to stretch its wings and become as dextrously elastic as it does in “The Ricklantis Mixup”, it was a gamble unlike any other in television animation.

As Rick and Morty enjoy their trip to Atlantis, trouble reigns at the Citadel, house to countless versions of Rick and Morty, where an election is underway and the Morty candidate is for the first time gaining large support.

And instead of focusing on Rick and Morty and what can be assumed to be pretty riotous adventure, the episode is just a look at how the various versions of Rick and Morty co-exist in the Citadel. It was breath-taking to watch the show collapse and expand on itself to not only deliver scathing, humorous commentary on police brutality and discrimination and our incessant obsession with elections, but the episode broke structure so effortlessly that you can’t seem to be able to take all of its dense layering in, let alone condense and analyse this astonishing feat of writing, execution and voice-acting from the stupendous Justin Roiland, the sole voice of the episode as he plays both Rick and his grandson. We can easily chalk this one up for the ages. 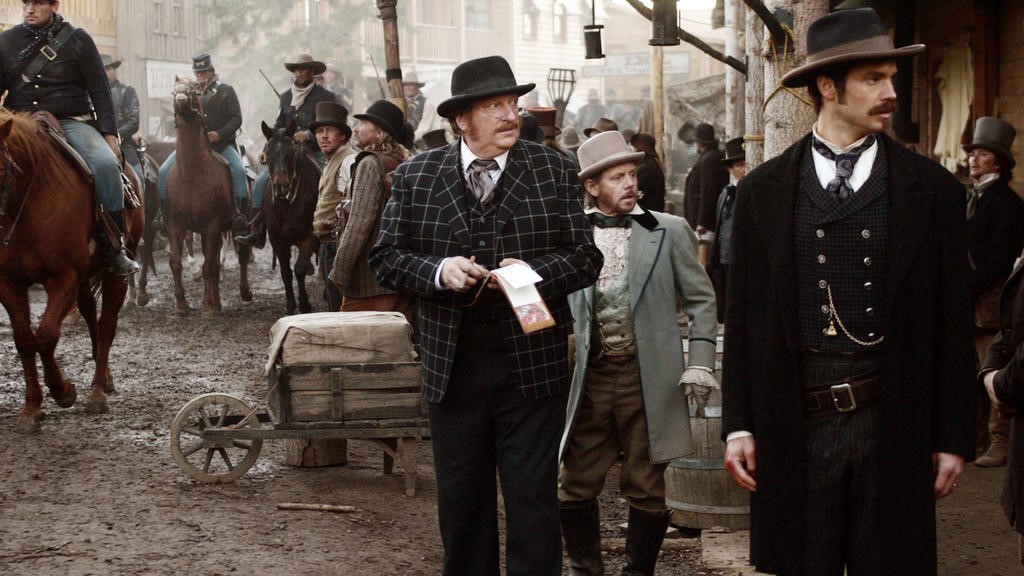 Far more accomplished than its sudden departure and perennial underdog status might suggest, “Deadwood” is easily one of the greatest television shows ever made. Along with “The Sopranos” and “The Wire”, “Deadwood” practically put HBO at the top of the TV industry in terms of cinematic and storytelling quality and in consistency in that quality.

While we will come to the other two later in the list, “Deadwood’s” first episode is a nice tipping point to talk about how a period drama in a very specific setting can employ its microcosm to so elegantly explore the human condition and its influence on the communities we populate.

Employing sunlight and candle-light in more illustrious fashion than perhaps any other TV show in history, Deadwood is perhaps best known for its patient, delicate sketching of a history entirely fictional and yet so refreshingly familiar that it ends up being relatable more than transportive. It was firmly set in its remarkably rich aesthetic and exploited its nuanced characters to create a landscape of ever richer storytelling.

For its first episode, it’s almost as if we’re thrown in the middle of a settled establishment and we better learn their ways quick if we wish to survive, even though we enter the gold mining camp through the retired Marshall Seth Bollock who is moving there to start a hardware business.

This provides us a masterfully crafted web of plots and community that is at once generous and riddled with danger. The overwhelming feeling as you devour the expertly directed episode is one of fear, fascination and a serene comfort that you are in capable hands and that you can’t wait for them to take you on an adventure. 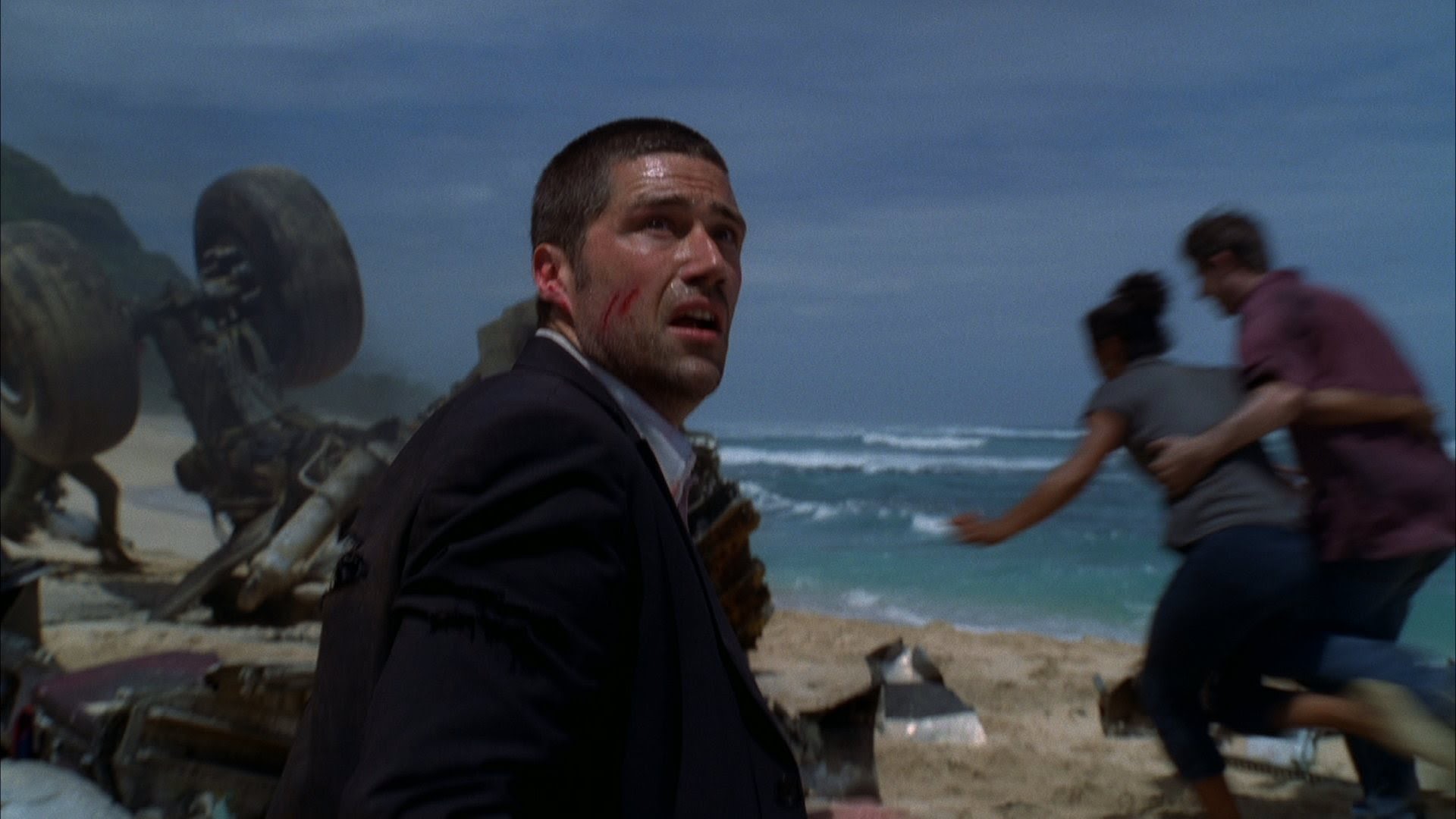 There is something about a series’ first episode that defines it forever – for good or for bad, and that’s not to say that the pilot of great shows need necessarily be masterpieces – “30 Rock” stumbles through its first half-hour, and “The Office’s” first episode might actively turn people off the whole premise of the show. But both those shows and many others betray their biggest flaws in those imperfect first few moments of introduction. Other shows like ABC’s ratings hit “Lost” can show just how far they can go with the very first glimpse of their fictional universe.

About the survivors of a plane crash stranded on an island, “Lost” is an unmatched exploration of the very absurd and universal extremes of human behaviour in extraordinary circumstances. It faltered frequently and its later seasons, far too often, but when it premiered, it was quite unlike anything on TV – starkly original and unafraid to break its own tonality and style to become something much more than an episodic look into survival.

But its first two episodes, aired together really feel like an open-ended film that brilliantly engages you, thrills you, makes you contemplate and leaves you with sufficient food for thought. It’s ambiguity and mystical authority would become a great reason for its success, but the traces of it here where its groundwork was laid, make the pilot a feast for the eyes, ears and the spirit. 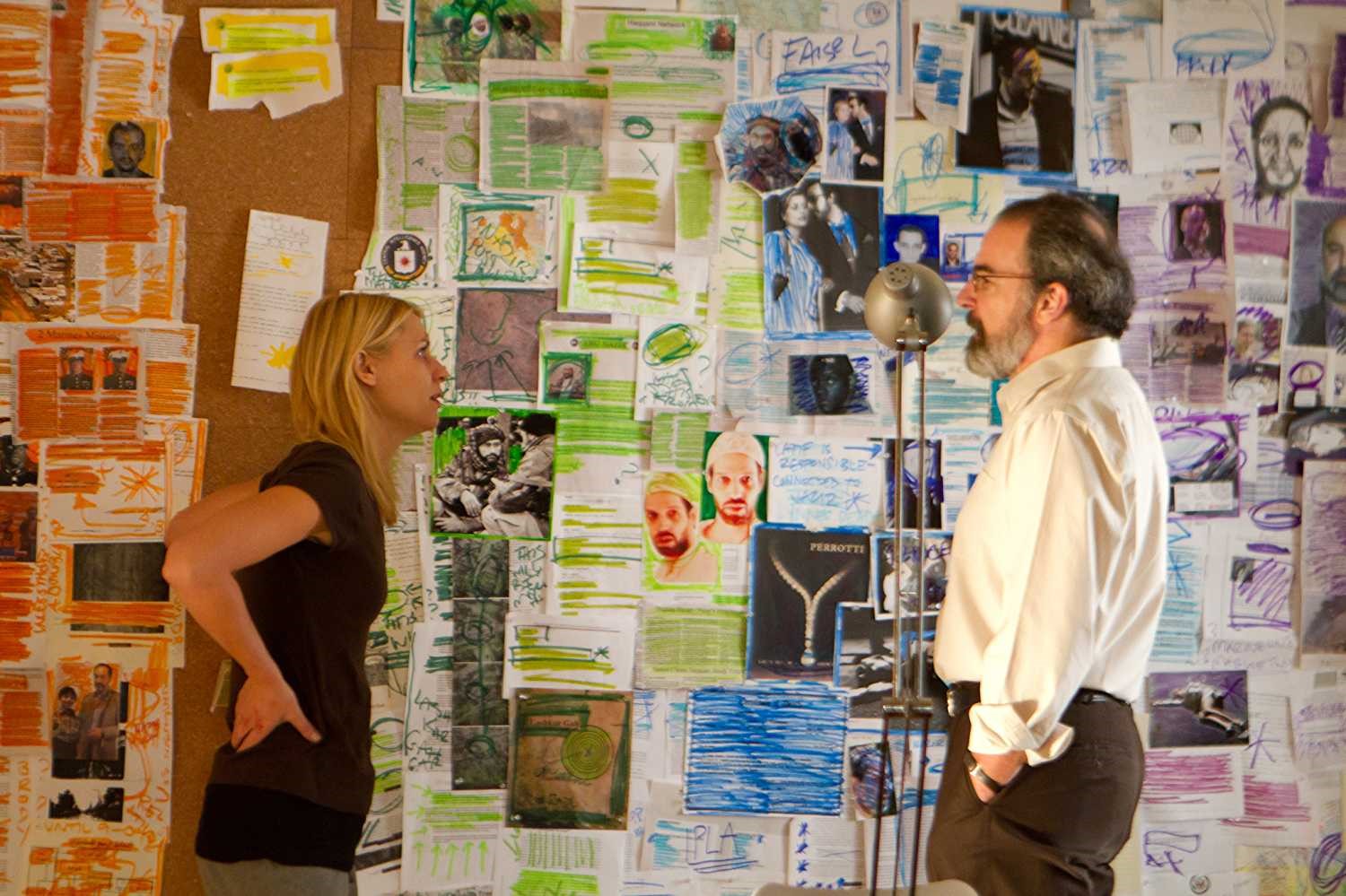 For a show so heightened by its narrative of spies, treason and deception, “Homeland”, at least in its first season, knew how to ground itself so well, you were sometimes left grasping for breath as it pulled you from the embrace of bleak emotion to confront you with thrilling, horrifying suspense. The greatest moments in the show were derived from its double whammy of reflecting the complex, unhappy lives these people lead and the tension of them being absolutely spectacular at causing and preventing tragedies.

Carrie Mathison is one of the great female television characters of all time and when the show elected to produce an episode primarily centred on her in a downward spiral and display how much this job both benefits her and eats away at her, it reached a new peak.

“The Vest” does feature Brody planning to procure an explosive suicide vest to complete his mission, but Carrie’s trauma takes centre stage, It transcends all the high stakes drama the show had us embroiled in and instead bathes us in the dizzying, hyperventilating tragedy of her condition and her inability to express her insights into her mission that she or anyone else would normally take years to stumble upon.

Claire Danes is electric in this episode and was rewarded with a well-earned Emmy for it, but the sheer bleak, desolate tinge of this episode crawls under your skin. Why would you turn the lights off, Saul? It’s already too dark with them switched on. 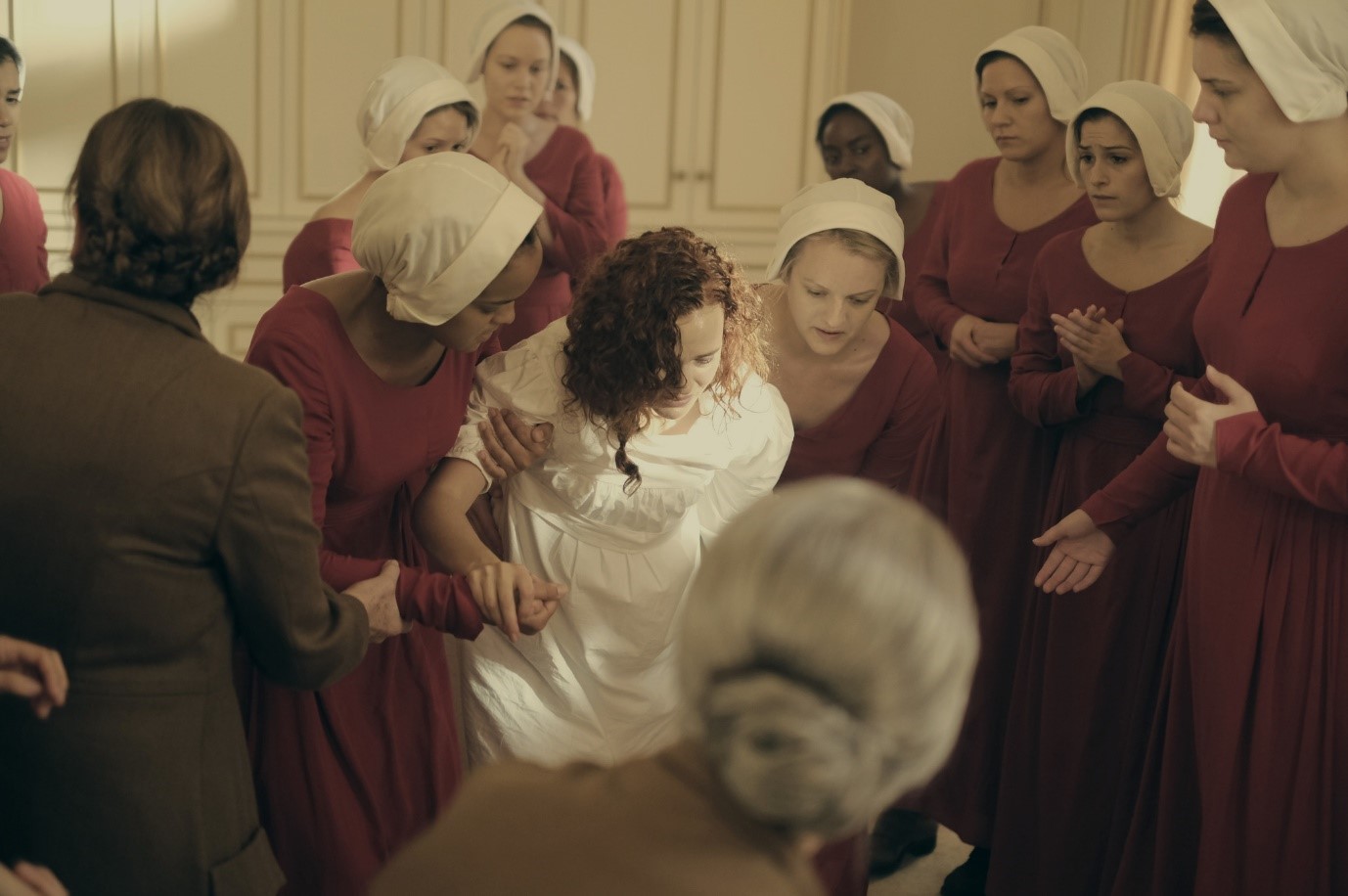 An instalment of “The Handmaid’s Tale” can always be relied upon to be suitably grim given its subject matter and its iconic source material, no matter how jubilant the title of said instalment might sound. As Janine gives birth to her child, or to be accurate, her gift to her owners, the show steps into a deeply philosophical take on the sheer joy of motherhood and the cutting, unbearable injustice of the dystopian republic of Gilead it is set in.

The seems to travel far and wide within the confines of the mansion where the birthing takes place, charting the course from a seductive chant of joy to the dark cruelties of Gilead’s laws.

It springs back and forth as Janine breathes in and out and paints a horrific reflection of our society – how much we have learn to rejoice in denial and how even though, in the words of Margaret Atwood, “ignoring takes more effort than ignorance”, we elect ignoring so easily, without another thought.

If the mechanism of Gilead’s formation is scary in the context of rise of nationalism and conservative thought across the globe, then the realities of surviving in a world of its design is a mirror to our present and our not so distant future.

As director Reed Morano, goes deep into our protagonist’s face with an increasingly uncomfortable close-up blurring everything else out in the most hypnotic use of a shallow depth of field, the disdain with which she looks at us – all blissfully unaware what could lie ahead of us – is truly haunting.