Violence has been around since of dawn of film, that much is clear. Mankind has always been fascinated by brutality, but of course none would truly explore it lest they be imprisoned and punished by it. As film and its technology evolved, it gave way for filmmakers to revel in the multiple ways they could use this newfound expression to display that which society did not wish to see.

As a result of technology becoming more accessible, increasingly transgressive films started being made, and courageous artists could now shock and appall those who were brave enough to venture into their screenings.

This list is a compendium of great (and not so great) films that managed to cause an impression due to their extreme violent, sexual and transgressive contents, and that have become synonymous with the definition of brutal cinemagoing experience. 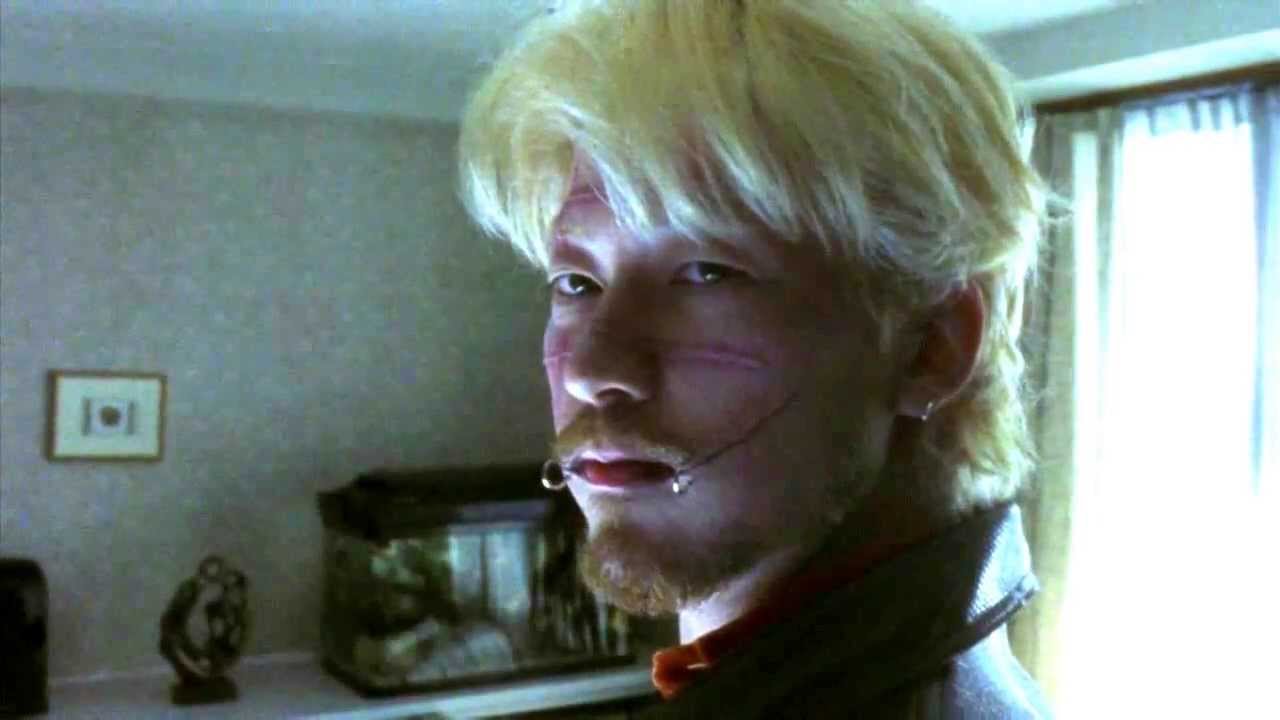 No list of ultraviolent, brutal films is complete without the inclusion of at least one Takashi Miike flick. And this list would be unforgivable if it didn’t include Miike’s seminal Ichi The Killer.

Based on Hideo Yamamoto’s homonymous manga series, Ichi follows the story of a psychologically damaged man who is manipulated into killing and torturing several members of rival Yakuza clans. Were that not enough, Ichi (the killer) is being pursued by a sadomasochistic enforcer hell bent on revenge.

One needs to look no further than Miike’s filmography to see the man has a penchant for disturbing, over the top depictions of violence and taboo subjects (just watch Visitor Q, a messed up reimagination of Pasolini’s Teorema). Ichi The Killer takes that one step further, making its case as one of the most extremely violent movies ever made.

The film includes such lovely scenes as a prostitute having her nipples cut off and a man being hung by the flesh on hooks attached to the ceiling, while our protagonist slowly pours boiling water over his skin. Family friendly stuff.

Needless to say, the movie has had its distribution banned in several countries (Norway, Germany and Malaysia are prime examples) and still courts controversy to this day. Not that Miike is all that surprised by the film’s reception; after all, he did distribute vomit bags to the audiences at the Toronto and Stockholm Film Festivals prior screenings.

Released in 1978 to appalling reviews and repulsive reactions, I Spit On Your Grave is easily one of the most controversial movies ever. A seminal example of the rape-revenge exploitations thrillers, Meir Zachi’s film follows the story of, well, a woman who is brutally raped and then gets revenge on her assaulters. And that’s pretty much it.

Brutal doesn’t begin to describe the film, as the lengthy 30-minute long rape sequence is enough to give Gaspar Noé a run for his money (though he probably loves this movie). Not pleased with sexual violence, Zachi submits his lead protagonist to extreme lengths of emotional and physical torment, as the manuscript for the book’s she’s working hard to write is torn to pieces and her four attackers brutalize her with gut turning language and then attempt to murder her.

But of course, she doesn’t die, and as soon as she recovers she plots to dispatch her assaulters in the most brutal ways possible. Hanging, disembowelment and genital mutilation ensue.

However, what the film is quite famous for – apart from the violence – is the constant back and forth discussion on whether it tells a feminist or misogynistic story. The movie was actually inspired by Zachi’s personal experience of helping a young woman who had been raped, a harrowing happening that made him believe the extreme violence was absolutely necessary to the film’s story.

Whichever way you put, I Spit On Your Grave will surely make you cover your eyes several times.

The second instalment of a six-film series (all of which consist on extreme depictions of torture, violence and masochism), Flowers of Flesh and Blood has become well-known after Charlie Sheen – don’t ask – took the film for a genuine snuff tape and contacted the FBI to investigate.

Things got further complicated when it was found out the film served as inspiration for Tsotomu Miyazaki, a Japanese serial killer who was supposedly obsessed with the series. Cut to several interrogations and a court session later, Hino was left off the hook after showing the movie’s making of and prosthetic effects.

That anecdote alone is a great showcase for the film’s brutality. Following the tale of a self-entitled modern-day samurai who kidnaps a young woman and slowly dismembers her, Flowers Of Flesh and Blood is ugly, bloody and downright awful to watch.

Let’s go from extreme violence to a degree of emotional anguish that only Lars Von Trier could bring to the silver screen. Although not quite as dark and pessimistic as Von Trier’s following films, Breaking The Waves still gets to be depressing and hard to watch as hell, not only due to its story and aesthetics but because of Emily Watson’s stunning performance.

The movie tells the story of Bess, a young Scottish woman with a long history of psychological problems. She meets and falls in love with Jan, an oil rig worker. However, after Jan suffers an accident that renders him immobilized and unable to perform sexually, Bess – at his request – goes out in search of other lovers. Unsurprisingly, this decision evolves to such extreme measures that Bess allows herself to be brutalized and raped by a series of men in increasingly violent encounters, which destroy her little by little.

A committed and unflinching portrayal of mental and sexual torment, Von Trier and Watson present us a tale of brutal mania and suffering that retains so much grace and humanity that it’s nigh on impossible watching it without feeling for its lead protagonist. Bess is a lovely albeit problematic woman who deserves happiness and stability, but what are treated upon is a stern vision of decay and self-destruction that it’s genuinely harrowing to witness.

Back to the gore fest of the “video naughties”, we now move onto what’s perhaps the nadir of brutal exploitation films: Cannibal Holocaust. This Ruggero Deodato classic centers on a film crew who’s been missing ever since entering the Amazonian forest to shoot a documentary. When an American anthropologist finds lost cans of film, what is then revealed is an appalling display of violence and cruelty.

Although the title does kinda give away what’s we’re going to be seeing to some extent, what makes the film so surprising is that we soon realize that the missing filmmakers are far more savage than the cannibalistic Indians.

The lost reels of film reveal such shocking imagery as the crew gang raping a young Indian woman (who is later impaled due to the loss of her virginity), burning down a hut full of Indians to get nice footage and brutally murdering a turtle – the most stomach churning sequence in the film, as the turtle was indeed murdered during the making of the movie. The crew is then chased by the Indian tribes they have terrorized and is brutally murdered themselves.

Much like Guinea Pig 2, Cannibal Holocaust was taken for a legitimate snuff movie, which prompted Italian authorities to arrest Deodato on charges of obscenity. The filmmaker was then forced to present the cast in court to prove they had not been murdered for the movie, and that all had been properly and safely staged (even if Deodato had been described as remorseless and sadistic during filming by the crew). Although that legal matter was solved, the film remains banned in several countries to this day.

What the movie gets most flack for, and rightfully so, is its depictions of animal cruelty and killing. Several animals were indeed killed for the making of the movie – such as pigs, a turtle, a squirrel monkey and a coatimundi -, which is not in the least bit acceptable and just makes the film cruel in a troublesome manner.

227
SHARES
FacebookTwitterSubscribe
Subscribe via Email or RSS Feed
Pages: 1 2
Comments (17)
Most Brutal Movies Ever Made