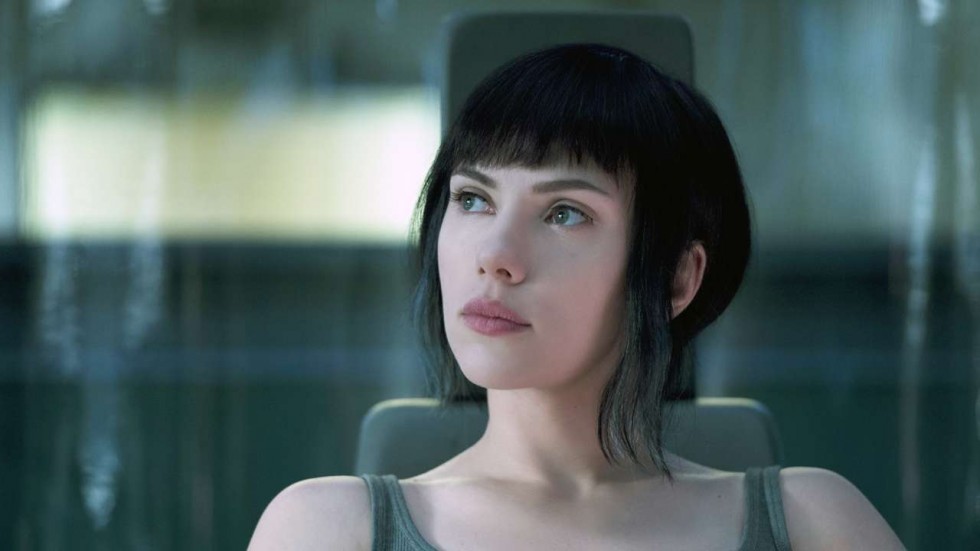 There’s plenty of discussion to have about what makes a visually stunning film; some movies manage a harmonious marriage between visual stunts and storytelling, and some prioritize one over the other. Conversely, what some people might consider beautiful, others might consider gimmicky and overall unworthy of praise.

In this list, I’ve strived to collect a few films that really place the emphasis on elaborate visuals, be them assisted by state-of-the-art visual effects or luxurious production design. And while they’re good to look at, you might find yourself not really engaged with them at all, because they simply don’t tell a good enough story to support themselves. 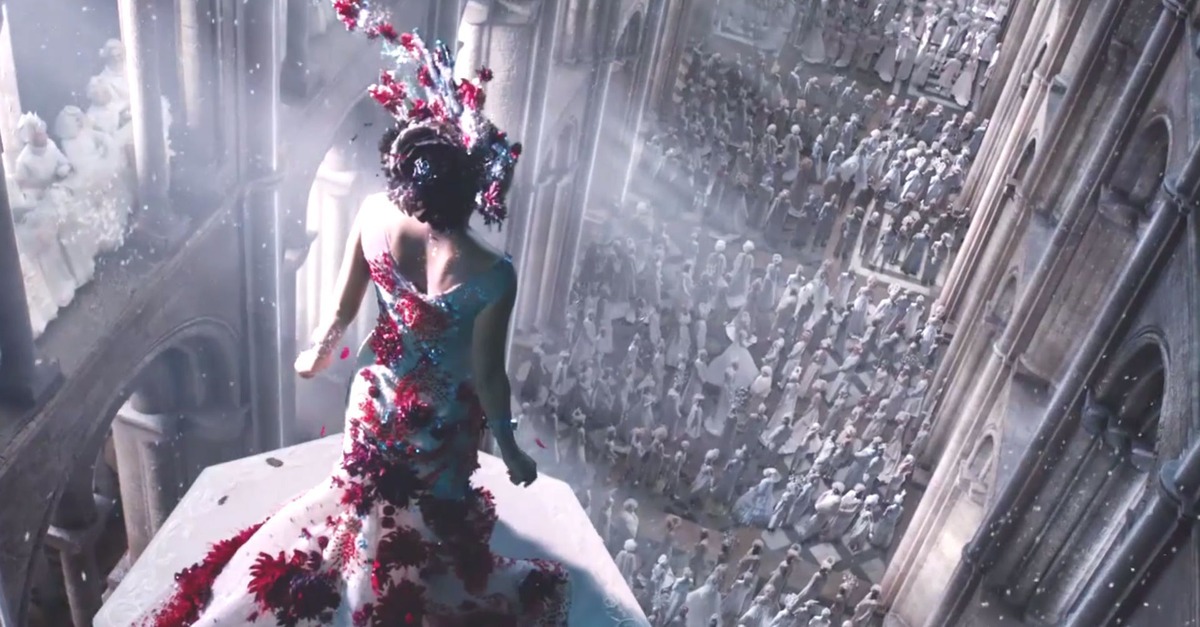 I remember watching the trailer for “Jupiter Ascending” in the theater and thinking it would probably be great. Oh, how naïve I was! Here, the Wachowskis barely maintain control of a runaway train of ideas mashed up together with no concern whatsoever for coherence or, let’s just say it, entertainment value. At 127 minutes, “Jupiter Ascending” is a real drag, occasionally made livelier by a few actors who seem to be in on the joke (namely Eddie Redmayne, of all people).

Also making the experience slightly better, the very thing I got excited about when I first saw the trailer was the visuals. Aided by state-of-the-art special effects and a gloriously decadent set design, the Wachowskis created a sci-fi movie that at least looks unique, including beautiful, detailed costumes and makeup. While it was not meant to be the awe-inducing space opera many wanted it to be, “Jupiter Ascending” is still a campy curiosity with visual oomph to spare. 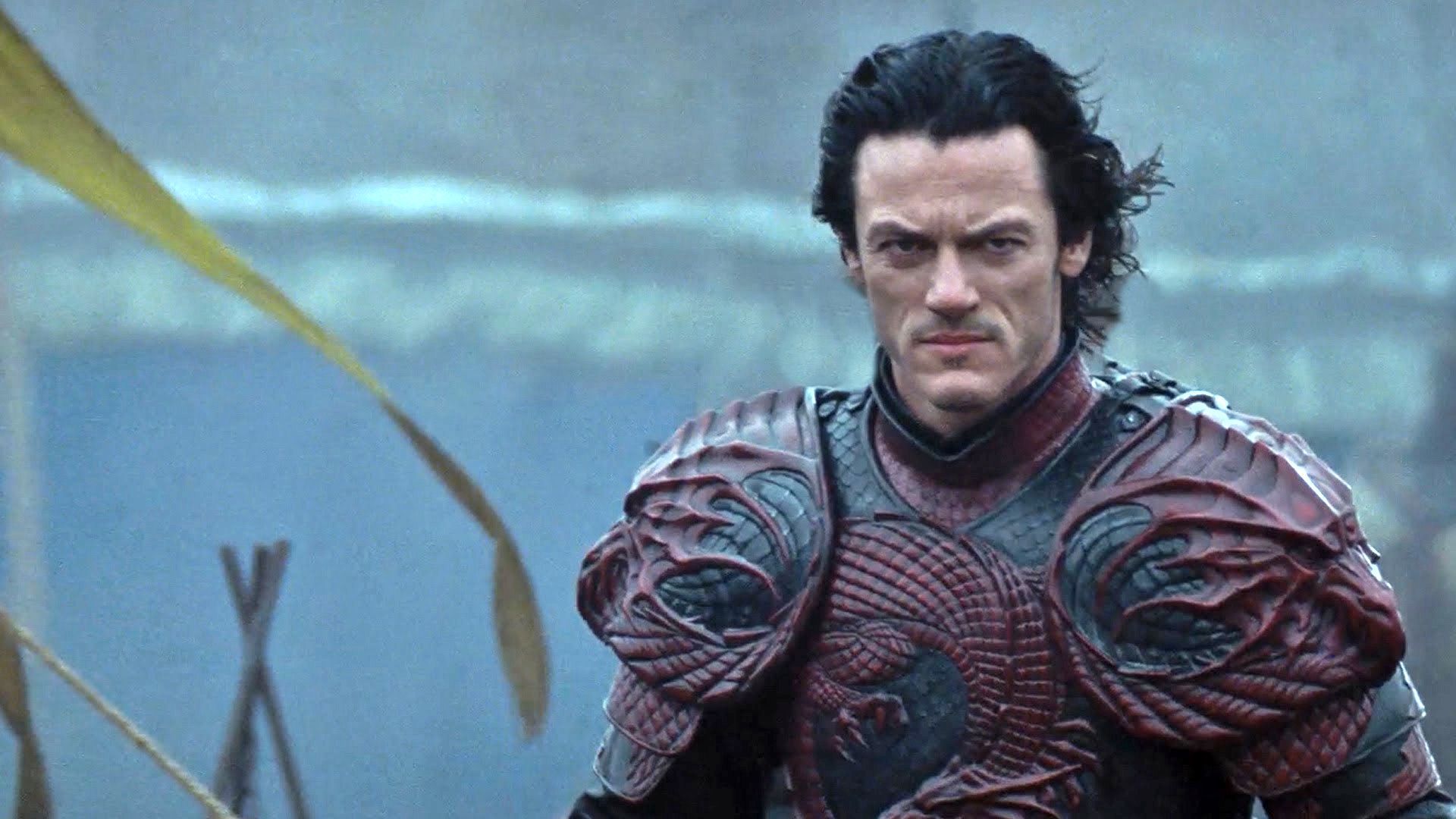 Universal’s first attempt at launching their ill-conceived, even worse-received “Dark Universe,” putting together all of their classic monsters, “Dracula Untold” is an unholy mess of a film – an overwrought, over-serious undeservedly pretentious “epic” that forsakes old (or new) school horror for the familiar “thrills” of blockbuster action filmmaking at its least creative. The cast, made up of the likes of Luke Evans, Sarah Gadon and Charles Dance, are as hopelessly bored by it as each of us.

The (hardly) saving grace of “Dracula Untold,” however, is John Schwartzman’s gorgeous cinematography, which relishes in the shadows and seems to be make it much more gothic horror-leaning film than what it is. Aided by some lovingly created costumes (especially the armors), Schwartzman shines particularly in the battle scenes, translating the CGI chaos of this Hollywood dud into some terrifyingly beautiful images.

It’s not unusual to say that Tim Burton’s films, especially the ones he’s been delivering in the 2010s, are visually great, but otherwise terrible. The director always had a visual flair, an unmistakable style that made his films instantly recognizable – and yet, this last decade has been showing that his visuals don’t count for much when confronted with badly written scripts, resulting in films that range from inconsequential (“Big Eyes,” “Frankenweenie”) to the truly terrible, like “Alice in Wonderland.”

The first in a string of live-action adaptations of classic animated films by Disney, Burton’s “Alice” is a fable devoid of all the soulfulness and surrealism of the original, instead placing its bets on kooky, unfunny antics and Burton’s usual mastery of cinematography, production design, special effects and costumes. A luxurious production that made more than $1 billion at the box office, “Alice in Wonderland” obviously got a sequel that was not nearly as successful, and was astonishingly worse than the original.

While the original Zack Snyder film wasn’t exactly a masterpiece, it had some sort of weird charm and an undeniably unique vision in adapting Frank Miller’s masterpiece graphic novel. The thing is, Hollywood had to do a follow-up some eight years later with barely any recognizable actors in it, a tired excuse of a plot and none of the flair that set its predecessor apart from the sea of blockbuster bloodfests arriving in cinemas at the same time.

Noam Murro’s (“Smart People”) film is a disappointing mish-mash of historical inaccuracy, overblown battle scenes, and weird character dynamics that, mercifully, still manages not to disappoint on the visuals. No surprise, the cinematography here is the work of the very talented New Zealander Simon Duggan, who deals with special effects exemplarily and has put his name to films like “The Great Gatsby” and “Hacksaw Ridge.”

A Terry Gilliam film being visually stunning is, frankly, a given at this point. The man has conjured unforgettable images in films like “Brazil,” “Time Bandits” and many others – and his visual acumen is not diminished in “The Brothers Grimm,” a revisionist tale of fairytale authors Will (Matt Damon) and Jacob Grimm (Heath Ledger), con-men selling bogus stories who run into a real curse for the first time in their lives.

Every detail of “The Brothers Grimm,” visually, is stunning. The elaborate costumes contrast with pretty great special effects (especially for 2005), and Gilliam has his actors running around on grandiose, and yet entirely believable sets. Shame that all that minutia is wasted in an awful script by Ehren Kruger, who would go on to write the Transformers movies and the “Ghost in the Shell” remake. If you want that healthy dose of Gilliam greatness, we suggest you look elsewhere.