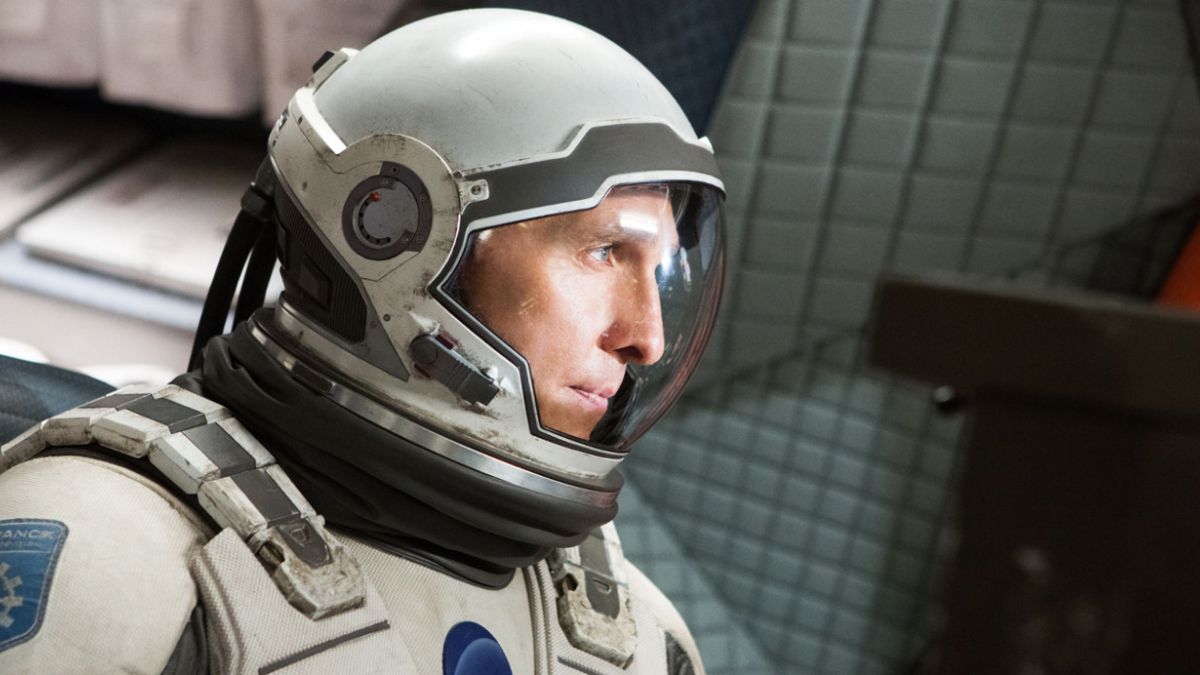 While IMDb’s Top 250 Movies list is questionable at times, it’s a pretty good indicator of what movies the “masses” love. Every now and then there are films that you would never guess would make their way onto the list. At the same time, there are a number of deserving films that are nowhere to be seen.

That’s pretty much the opinion when people vote on anything, let alone movies. Not everyone will agree and looking at most of the titles on the list, it all seems one-sided.

Here are the 10 highest rated science fiction films on IMDb’s Top 250 as voted by their users.

“Eternal Sunshine of the Spotless Mind” is one of the more intimate sci-fi films that merges a personal and relatable story with that age-old question – what if you could erase some of your unwanted memories?

When Joel finds out that his ex-girlfriend Clementine has undergone a procedure to erase memories of him from her mind, he decides to do the same. But fate, instinct and a strong attraction keep them coming back to each other.

From top to bottom, “Eternal” is a top-notch film. Jim Carrey shows off his dramatic chops with an uptight character far from the buffoonery of his earlier works. Kate Winslet shows off her comedic side with that free-spirited girl that every guy can’t help but fall for.

Charlie Kaufman’s script is less weird than usual, but just as unique with a complex and multilayered story. Michel Gondry’s visual splendor and firm yet loose grip make it more enjoyable than it should be. “Eternal” is a film that warrants multiple viewings, which probably explains its position on the list.

Stanley Kubrick’s highly influential Anthony Burgess adaptation overcame years of controversy and bans to become one of the greatest sci-fi films ever dared. And it’s lost none of its potency.

In future England, Alex and his “Droogs” enjoy spending their nights getting high and “embarking on the old ultraviolence.” After killing the Cat Lady, Alex is turned on by his “Droogs” and imprisoned for the murder. In prison, he submits himself to behavior modification that “cures” him of his criminal ways. He is released to the world only to become a victim of his prior crimes.

It stars Malcolm McDowell in what’s his greatest and most famous role. Alex is a despicable character without a single redeeming quality, yet McDowell’s charm makes him easier to watch.

Kubrick has one of the greatest and most consistent filmographies that any director would kill for. And it’s business as usual for Master Kubrick, who instills the picture with his trademark perfectionism, genius song selections, and unmistakable cinematic eye.

“A Clockwork Orange” is a thought-provoking film on crime, society, free will and the consequences of actions. It’s a film that generation after generation has grown up watching over and over again.

Arriving seven years after Ridley Scott’s classic, James Cameron injected an adrenaline rush to the sci-fi horror with more action and thrills without sacrificing any of the scares or mythology.

Sigourney Weaver returns as Ripley who, after 57 years of floating through space in stasis, is asked to accompany colonial Marines investigating a disturbance on exomoon LV-426 colony. They soon find the colony invaded by hundreds of aliens and it’s up to Ripley, who has experience with the aliens, to guide them to safety.

Cameron’s work on “Aliens” made it perhaps one of the most refreshing sequels ever made. Horror sequels are not easy to make, unless the idea is to regurgitate more of the same. Yet Cameron added new depths to the aliens, Ripley’s character, and the sci-fi setting.

While Scott’s version has the edge for creeping under your skin and the mysterious alien creatures, Cameron’s sequel is almost as good and would lay the groundwork for what would become “Avatar” 20 years later.

Although “Coco” has now become Pixar’s highest ranked overall film on IMDb, “WALL-E” is still their most unique film and one of the most unique sci-fi films in general. Which raises the question – why doesn’t Hollywood make more animated sci-fi films?

WALL-E (Waste Allocation Load Lifter Earth-class) is the last robot on Earth left to clean up all the garbage. WALL-E has also developed a personality and feelings of loneliness. When he spots a probe named EVE, he develops feelings of love and follows her across the galaxy.

The filmmakers were influenced by classic sci-fi films like “2001: A Space Odyssey,” “Silent Running,” and many other films from different genres. As well as Woody Allen and Charlie Chaplin’s characters in love for the heartwarming romance story that’s in contrast to the more darker and pessimistic themes.

Visually breathtaking, charmingly funny, thought-provoking and just plain old fun, “WALL-E” is a treat for all sci-fi and movie fans. 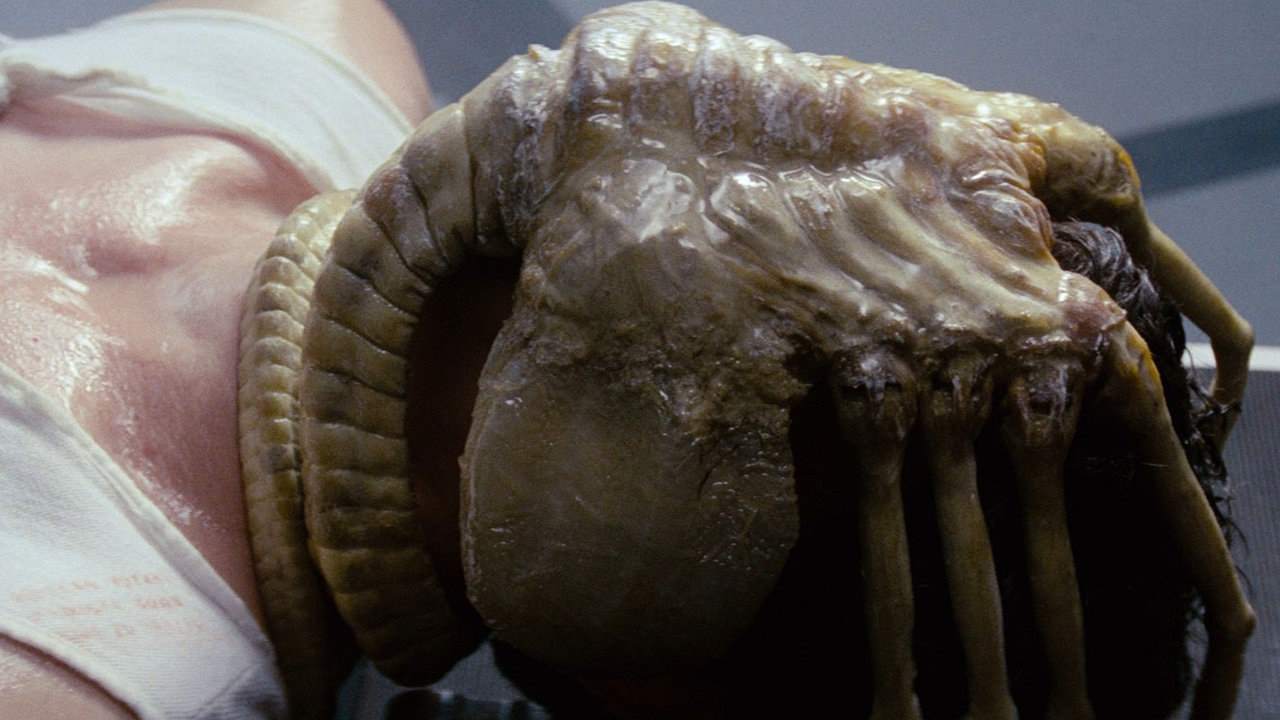 Aside from being accompanied by one of the greatest taglines in film history (“In space, no one can hear you scream”), the original “Alien” made household names of actress Sigourney Weaver and director Ridley Scott.

Combining the best elements of science fiction and horror, the Nostromo starship investigates a distress call from a nearby planetoid where they encounter an alien vessel. What they find onboard soon leaves them fighting for their lives and each other.

A classic in every sense of the word, “Alien” is perhaps the simplest entry in the now massive Alien franchise, and it’s also the best. Whereas James Cameron’s sequel introduced more action to the events, Scott’s work here is more mysterious and deliberately paced.