Thus, they make the same film over and over, making endless sequels, necessary reboots, and remakes of old mildly known franchises, thus maximizing their earnings at the expense of lowering the quality of the films being made. These are films often filled with CGI, superficial humor, and predictable plots that result in dull but satisfying experiences.

On the other hand, films made by directors are more often than not driven by passion, by the desire of making something of value rather than making money. These are the films that are regarded as works of art, that are innovative, risky, exciting and new. The creators who have pushed the medium forward have been, in most cases, directors who have done crazy and unthinkable things in order to get a film made. A few examples of these are directors like Francis Ford Coppola, Werner Herzog, Agnès Varda and Harmony Korine, just to name a few.

Of course, while going in new directions, the risk of being misunderstood is greater, and many of these films take unexpected routes, sometimes turning into hermetic and mysterious experiences that are hard to decipher.

Here I present a list of 15 films that exploit the possibilities of cinema as an art, steering away from conventions in order to create a unique language. These are films that walk their own path, exploring the poetical, the narrative, and the aesthetic possibilities cinema offers to those who are willing to do things differently.

Underground cinema wouldn’t be the same without the input of Chilean director Alejandro Jodorowsky. Directed while living in Mexico City, in “El Topo” we find a congregation of opposites: the divine and the mundane, spirituality and violence, eros and thanatos, love and hate.

The film is divided into two halves, the first one being a sort of ‘Pilgrim’s Journey’ where El Topo, played by Jodorowsky himself, is tasked with killing the four masters of the revolver in order to win the love of a woman. We see the development of this journey, in which El Topo rides his horse around the desert looking for the masters. When he finds them, they challenge him on a rather spiritual level, testing the development of his soul instead of his expertise with his gun.

This journey is paired with a second half, in which El Topo wakes up after years of hibernation in a cave where he is adored by people who have been exiled from the town nearby because they suffer from different kinds of physical deformity.

El Topo then sets out to free these people, to bring them back into town, for which he works tirelessly in the town in order to attain funds. Filled with symbolism, the film narrates the spiritual evolution of a man and his eventual fall from grace, asking the viewer to make El Topo’s journey their own. 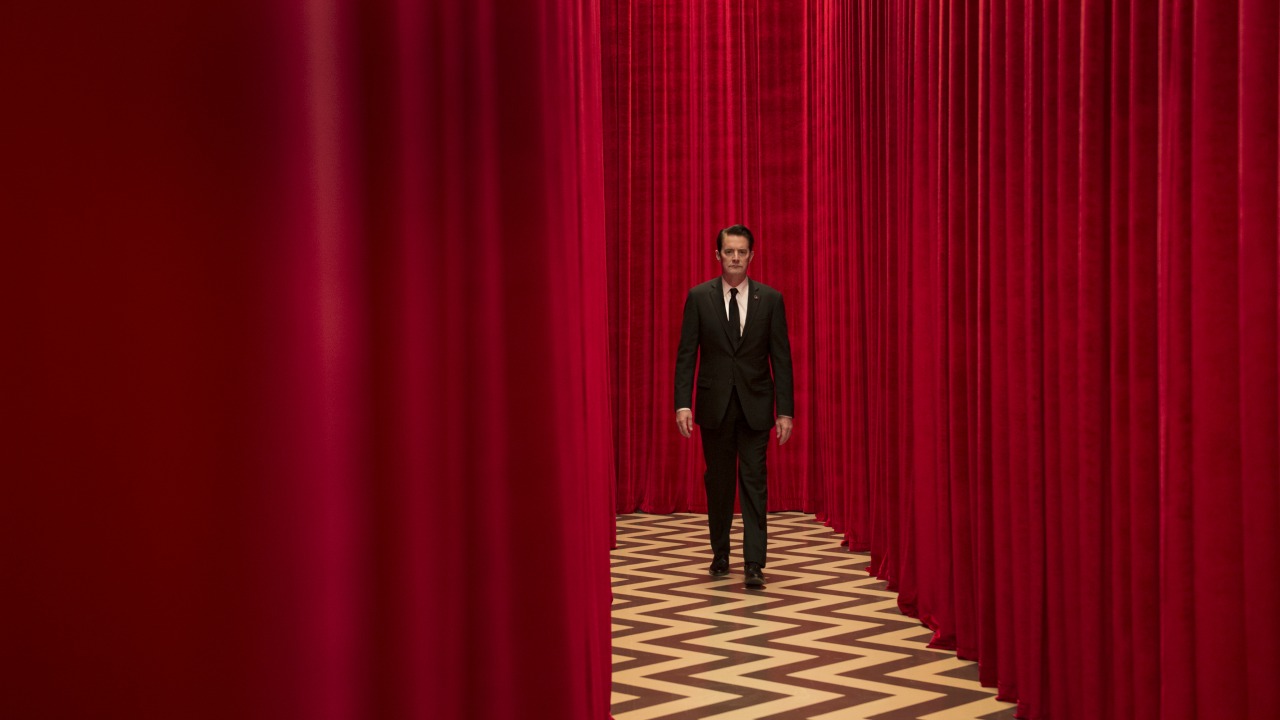 While “Twin Peaks: The Return” is technically a series, the consensus seems to lean toward the idea that it is actually an 18-part film. As a follow-up to the series created by David Lynch and Mark Frost in the 90s, “The Return” creates way more questions and ambiguities than answers to those who saw the original two seasons of the series.

Conceptually, “The Return” follows the line set up by Lynch with “Fire Walk with Me”: instead of just telling the story in a straightforward manner, the film questions the nature of TV compared to that of cinema, questioning the clichés usually found in the format.

Since the first few episodes, the slow pacing and the large amounts of silence already set out a challenge toward the viewers who are accustomed to a series that conforms to storytelling conventions.

In this case, Lynch, more than ever before, is challenging and hermetic, giving answers to irrelevant questions while leaving important arcs open and unresolved, not only allowing the viewer to draw their own conclusions, but giving them so little information that the possibility of a conclusion is rendered almost impossible.

“Possession” is one of the most renowned works by Polish director Andrzej Żuławski, for in it he crafted a careful and gradual descent into absolute insanity. It is a schizophrenic tale of love, jealousy, contempt and transcendence, starring Sam Neill and Isabelle Adjani who masterfully play a married couple in the process of getting a divorce.

While the film starts off quite normally, the hyperactive camerawork, coupled with the over-the-top performances, already gives off a strange aura, anticipating the derangement in which the film later indulges.

After the fact that the couple is going through a process of separation is established, the film then takes on the shape of a thriller, in which the paranoia felt by the character played by Neill becomes palpable as he begins to uncover the strange secrets surrounding his wife’s decision to leave him.

At one point, the imagery in the film becomes so gut-wrenching and visceral that it feels almost surrealistic, bringing many doubts to the minds of the viewers, who are left to interpret the meaning of the strange turns, the unexpected images, and the cryptic ending.

While Canadian director Denis Villeneuve has been making good and interesting films since the start of his career, it was with “Enemy” that he jumped to fame and global recognition. Based on book by Portuguese Nobel Prize winner José Saramago, the film tells the story of Adam Bell, played by Jake Gyllenhaal, a sad and boring man who teaches history at a college.

One day, while watching a mindless comedy one of his coworkers recommended to him, he sees his exact double as an extra. This discovery entices him to search for this unexpected double, finding out his address, spying on him, and ultimately trying to know him personally.

While it is not complicated to follow the film, the possibility of reaching a conclusion seems elusive, for it has many layers, many ways to be seen and interpreted. In the end, the duty to decide the meaning of the event in the film, and particularly the events at the end, rests on the spectator, making each view an unique experience in which new details are brought to light, new symbols acquire meaning, and as the viewers goes about their life, the film grows with them, allowing for new ways to interpret the ever-mutating meaning of the story.

The names of Mexican directors like Alejandro González Iñárritu, Alfonso Cuarón and Guillermo Del Toro have now become a synonym for the best cinema can offer these days, and the three of them have rightfully earned their place in cinematic history.

Nevertheless, it is another Mexican filmmaker who has been pushing the artistic boundaries of the medium, and he has been doing so since he began making films. Carlos Reygadas was born in Mexico City, and since his first film “Japón,” he has created a cinema with artistic value, heavily influenced by great directors such as Robert Bresson, Andrei Tarkovsky and Michelangelo Antonioni.

“Post Tenebras Lux” defies the conventional way of telling a story, for it isn’t concerned with the chronological aspect of storytelling. It follows an upper-class family living in a population defined by the poverty of its inhabitants, and the film is constructed in a rather emotional way, following the logic of the memories, allowing itself free association, even if that means there are jumps from one place in time to another apparently at random.

The relationship between philosophy and cinema has been key in the definition of the medium in Germany. While you don’t necessarily need to know the works of German philosophers and poets to understand, for instance, films like Herzog’s “Aguirre: The Wrath of God,” when you are familiar with the ideas of philosophers like Nietzsche, it becomes clear that the film takes a lot from them in the way it configures the world and its characters. While not German, per se, Michael Haneke was born in Austria during World War II, a time in which the country was heavily influenced by Germany.

“Caché” follows the family of a TV talk show host. After he starts receiving tapes in the mail where he can see his house filmed for hours, evidencing that he is being spied on, he becomes paranoiac and violent and always on edge. While all of the packages are anonymous, he has an idea as to who the stalker is, even when the evidence contradicts his hypothesis. With this film, Haneke explores themes like guilt, responsibility, and the past coming back to haunt us with our unsettled scores.

Nowadays, the name of Stanley Kubrick has become a synonym for perfection in cinema, and this perception is very well justified. Born in New York, Kubrick was responsible for films that to this day are still praised, studied and imitated. With films like “A Clockwork Orange,” “2001: A Space Odyssey” and “The Shining,” he proved to be one of the brightest minds of his generation, becoming a legend with the passing of time.

While “Eyes Wide Shut” might not be the most famous film in Kubrick’s filmography, it’s certainly one of the most enigmatic and mature films he ever made. It stars Tom Cruise as a doctor who, after he stumbled upon an old friend at a party, is drawn into a dreamy night world that will make him question everything he thinks he knows about love, lust, monogamy, fidelity and desire.