The 80s is hands down the greatest decade in human history; aside from its obvious cheesiness and countless embarrassments, it’s the only decade that still lives and inspires a lot of today’s art. And “Back to the Future” is one of those quintessential 80’s films that are synonymous with the era.

Michael J. Fox and Christopher Lloyd play the perfect duo as the ultra-cool teenager Marty McFly and the insanely genius scientist Dr. Emmett “Doc” Brown. When Marty goes back to 1955 in Doc’s time-traveling DeLorean, he accidentally causes his teenager mother to fall for him instead of his teenage dad, jeopardizing his family’s existence.

“Back to the Future” spawned two sequels which are just as good depending who you ask, but the first remains the most beloved before things became sillier and repetitive. It’s entertainment in the truest sense of the word, which rests on Fox’s and Lloyd’s fun chemistry and performances.

The real MVP of the whole series, however, is Thomas F. Wilson’s performance as recurring antagonist Biff Tannen. Also playing Biff’s grandson and great-grandfather, Wilson gives the best and most versatile performance throughout all three films.

Adding Robert Zemeckis’ assured direction and hilariously witty script with Bob Gale, and you get an endlessly rewatchable and entertaining classic. 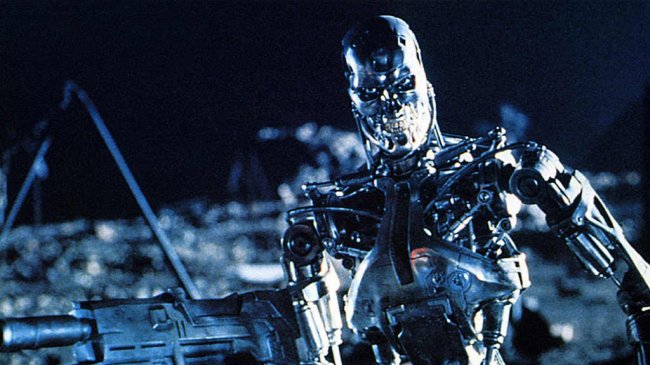 Nobody makes huge Hollywood blockbusters like James Cameron, which is why he’s the king of the box office. From his “Aliens” sequel to his Terminator sequel, the man knows how to handle sequels, which will make it interesting to see if he pulls off his upcoming plethora of “Avatar” sequels in the next few years.

Set in the year 1995 but released in 1991 (already confusing time traveling), the holocaust causing, artificial intelligent conglomerate SkyNet sends an upgraded T-100 Terminator back in time to kill John Connor, the future leader of the human resistance. Arnold Schwarzenegger is also sent back, this time to protect John, minus the upgrade.

“T2” is an entertaining science fiction action romp with groundbreaking CGI, exhilarating action set pieces, surprisingly quiet character moments, memorable one-liners, and possibly Schwarzenegger’s best performance. Like Spielberg’s earlier classics, it’s synonymous with the childhoods of anyone who grew up around that era.

It influenced careers, became a part of pop culture, killed at the box office, and is still a fun watch, even today. Unfortunately, it’s also, to date, the last Terminator movie that matters.

It’s surprising to see one of Christopher Nolan’s most divisive films so high up on the list over better films of his like “The Prestige” and “Batman Begins,” or even higher than other worthier sci-fi classics. Just as there are some who hate “Interstellar” with a passion, there are some who love it with just the same amount of emotion.

In a future where Earth is slowly becoming uninhabitable, a group of scientists works on plans to transport the population to a new home. Before that can happen, they have to send a group of researchers through a wormhole across the galaxy to investigate three planets that could be inhabited by mankind.

Originally meant for Steven Spielberg to direct before Nolan got on board, “Interstellar” has some of Spielberg’s sensibilities over it, which can be a good or bad thing, depending who you ask. However, it remains essentially a Nolan film through and through.

“Interstellar” does have its flaws from the uneven and sometimes cheesy dialogue, the overbearing sound mixing, the dull stretches from the halfway point, and the polarizing, head-scratching ending. Yet it has a beautifully haunting score from Hans Zimmer, some excellent visuals from Hoyte van Hoytema, and charming performances, especially from Matthew McConaughey and Mackenzie Foy. So, it’s not all bad.

The Wachowskis struck gold when they released their sci-fi martial arts cyberpunk hybrid. “The Matrix” announced the arrival of a fresh new film series the likes of which not seen since “Star Wars.” And while we all know how that eventually turned out, not even the much-hated sequels could taint the mind-blowing original.

A computer hacker known as Neo is awoken from a simulated reality called “the matrix,” which is perceived as reality by most humans. He’s recruited by the elusive Morpheus to join a human resistance that fights to free humanity against sentient machines that created the matrix.

Weaving philosophical and religious themes with a dystopian setting, martial arts fight sequences, and influences from obscure science fiction films and Japanese animation, “The Matrix” really shouldn’t have worked as well as it did.

It took science fiction and action films to the next level. It revolutionized the bullet time visual effect that was parodied and copied to exhaustion after its release but was the coolest thing when it came out.

Taking the best from Hollywood blockbusters and martial arts films while giving the audience something to think about, “The Matrix” became an instant classic and influenced filmmakers the world over.

IMDb users sure do love Christopher Nolan, with eight of his 10 films (no love for “Insomnia,” sad face) finding their way onto the list. “Inception” proved to be his second highest rated film after the modern classic “The Dark Knight,” which sits comfortably at number four. Those two Nolan films are the highest rated films on the list in the last 10 years.

Leonardo DiCaprio plays a thief who enters people’s dreams and steals their secrets from their subconscious, an occupation that’s made him a wanted man and has cost him his family. He’s offered a chance at redemption, but instead of stealing secrets from someone’s subconscious, this time he has to plant an idea in their mind.

Riding on the success wave of “The Dark Knight,” Nolan was given the opportunity to do whatever he wanted, with a blockbuster budget to boot. And the results were spectacular. “Inception” is a thrilling and intelligent heist film with an engaging emotional backdrop that made it one of the most satisfying blockbusters of its era.

It reminded studios and movie fans what could be achieved when big budgets and originality are given a chance. Of course, it doesn’t always work out this well, but “Inception” and “The Matrix” before it are the perfect examples.