Denis Villeneuve’s movie “Incendies” was his cinematic breakthrough and the last film in French that he made; it earned him an Oscar nomination for Best Foreign Language Film. It is based on a play by Wajdi Mouawad, a Lebanese-Canadian who, among other projects, produced a trilogy of Greek plays by Sophocles.

“Incendies” is a journey and a search for identity that is redeveloped through experiencing trauma, suffering and a recollection of the past. The narrative is mainly concerned with the search for heritage, which is radically transformed and set in an alien (for the twins) environment pointing to the alienation of identity. It is fundamentally an attempt at reconciliation and forgiveness, ending the brutality brought upon by war and violence.

The film is partly set during the Lebanese Civil War, which lasted from 1975 to 1990, claiming 120,000 lives. Although this is the setting in which the events occur and their consequences are presented, Villeneuve said the movie is essentially not about war, but about family. It deals with its confrontation with the past which needs to be rediscovered, endured and, in the end, reconciled with.

The brilliance of Villeneuve’s adaptation is in its sincere approach which is humble but far-reaching, since it deals with the fundamental questions about nature of existence and coexistence of human beings in a violent environment, and the consequences of one’s actions for the generations to come.

“Incendies” is a film that is also a plea for communion, peace and forgiveness among human beings. A cross can be seen both in the soldiers and in close-ups on other occasions. This shows the twofold nature of the human condition; ideas can be used to promote both peace and violence, and Villeneuve presents us with a horrendous story that, nevertheless, opens up a possibility for living together peacefully and in harmony. 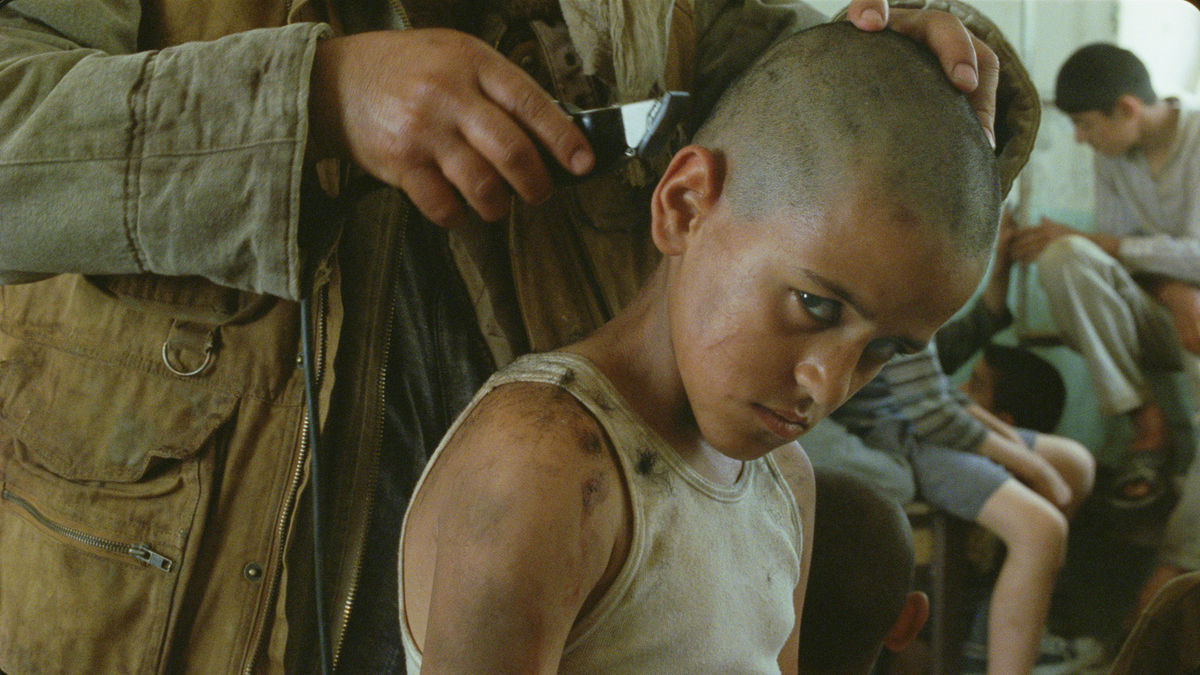 The film opens with an extreme long shot of a desolate valley and a palm tree, giving us a moment of leisure and calmness to prepare us for what we are about to experience. We see that the camera is shooting through the window and turning to the soldiers shaving the heads of children while Radiohead’s “You And Whose Army?” is playing.

The melancholic music amplifies the scene’s sadness, since children are filmed as they are being transformed into killing machines. The faces of children are shown; they are bloodied and their gazes seem empty, and one of them is holding a gun. The soldier’s boots are shown in a close-up, indicating brutality and harshness. The act of shaving heads symbolizes the erasure of identity, and this is particularly important since the focus is on the young Nihad, which is recognizable by the ink marks shown on his foot.

Throughout his life, he changes his elusive identity. Later in the film, the military leader Chamseddine, who trained him, says that he had become a killing machine crazed by war. This is anticipated in his angry gaze toward the audience. The close-up of Nihad’s tattoo tells us something about his identity we cannot yet capture, but it gives us a hint that the events that are about to happen are in a way predetermined. It is a powerful and beautifully shot scene, indicating the main themes which are dealt with in the movie.

2. Connection between landscapes and characters’ feelings 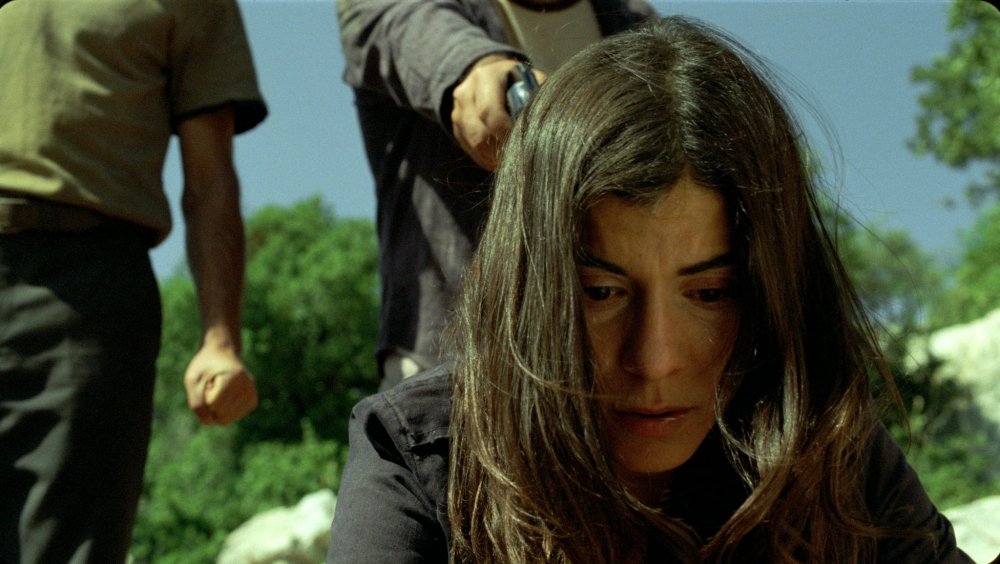 Villeneuve said in an interview: “It was important that there was a relationship between the landscapes and the inner feelings of the characters walking through them. I tried never to fall into the trap of exoticism.” This particular connection is vivid throughout the movie, most importantly in the scenes set in the Middle East, where desolation, destructed cities, and an orphanage which Nawal sees destroyed all amplify the feelings of the protagonist.

The destruction of material objects shows the condition of the human psyche confronted with violence which may seem never-ending. When the twins come to the Middle East, the landscapes demonstrate their alienation from the environment – they simply do not belong there.

When Jeanne comes to the Middle East, the setting is peaceful; the birds are singing and the trees surrounding them are in accordance with her peace of mind, which is still not disturbed by evil. When she finds out her mother was raped in prison, the wind is howling and we can feel her disturbance mirrored in the changed character of the landscape.

When the horrendous truth about the parentage of twins is discovered, we see Jeanne in a hallway where there is little room, indicating that she feels trapped. While Chamseddine is telling them who their father is, at first we can see the endless sand landscapes and dark woods covered in snow, both telling us about the vastness of feelings and confusion that the twins are going through. Nevertheless, the peaceful music is playing, indicating that they have found peace at last. 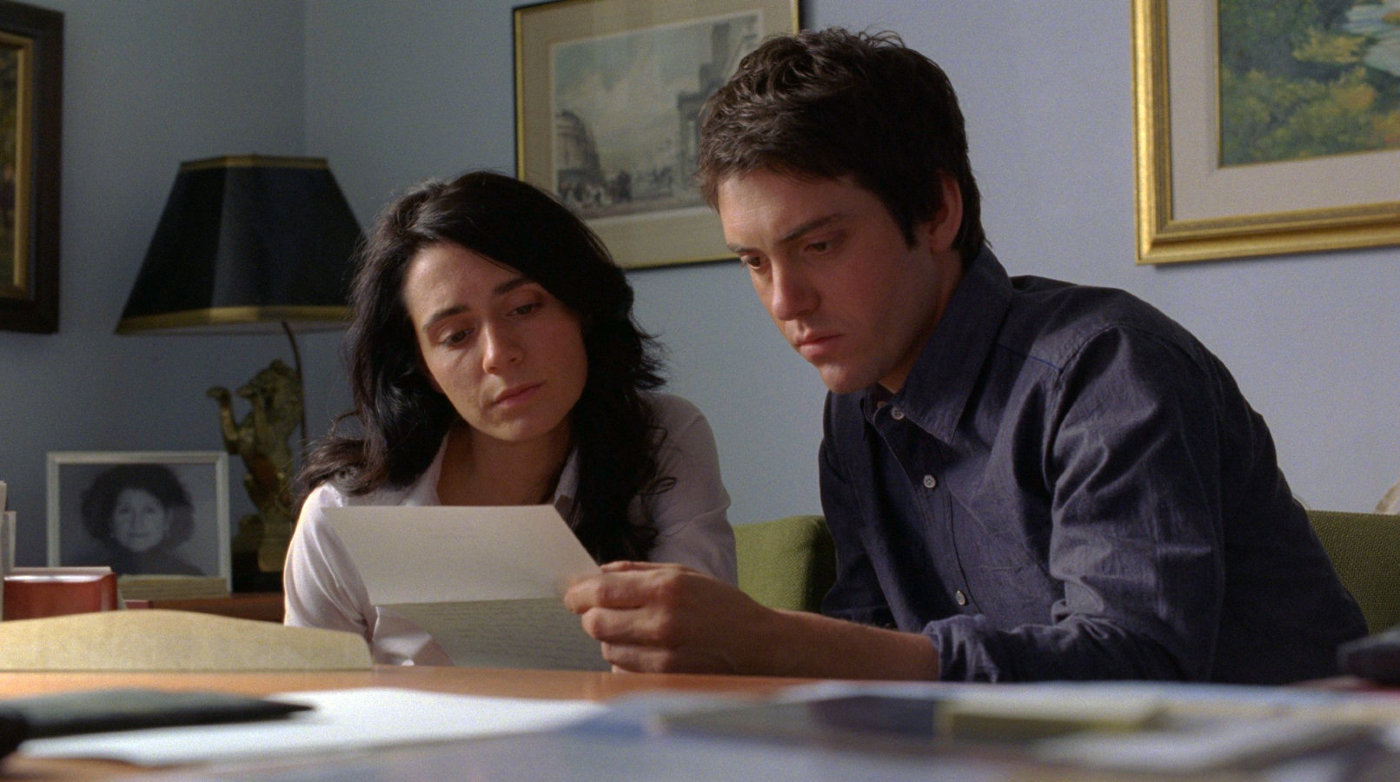 After the twins receive their mother’s will, they are shocked, and the search for their heritage begins, but it also transforms into the revelation of their identity. The reactions of the twins are interesting since Simon rejects the possibility of redefining himself and his identity, while Jeanne, although disturbed, seeks to find the truth about herself and her family.

As Martin Heidegger points out, our heritage is constitutive to our being. In his “Being and Time,” he writes that man is essentially his own past, and that his manner of existing implies the interpretation of himself, and of that very past that at times affects him. In other words, the twins’ search for the truth about their father and brother and their own past is essentially the search for who they are.

Their interpretation of themselves profoundly changes when they find out that they have a brother and a father who are alive. When this truth is brought to light, their identity needs to be reshaped and rebuilt. The movie may be compared to a pilgrimage of a sort, a quest for revelation and the definition of one’s true self. This revelation is followed by suffering and trauma; it is a dangerous journey into the unknown where the very conception of one’s self is put into question, and is damaged and longs to be healed.