Memories are the tiny frail threads that hold our selves together. Unstable, unreliable, and often painful, they are glimpses into a past that is gone forever, or rewritten to change the present. Some memories never existed at all, while the rest are just copies of what once lived. They are ghosts, and we are the shadows of a ghost.

Being, literally, the only mechanism for remembering them, movies have drawn from memory and its infinite properties. Since the loss of memory constitutes the loss of one’s self, it’s hard to fathom a more terrifying idea than occupying a mind without subject. Even a single memory, believed false or contradictory or missing, will cause unrelenting rumination and unsetting speculation. It’s the stuff nightmare are made of, and, consequently, movies.

The following are the best movies where memory loss is a prominent feature. This means it must be a main plot point, not a side effect of a more concentrated theme (12 Monkeys). Also, movies where memories are intentionally repressed, like Paris, Texas, are not included.

Finding Nemo introduced Dory, an anthropomorphized blue tang fish with short term memory loss. Despite her condition, she is integral in finding Nemo and became the most memorable character from the film. Finding Dory is Finding Nemo’s sequel and Dory’s own film. Predictably, memory plays a significant role.

Dory was separated from her parents as a child and, because of her memory loss, has forgotten who they are. While living with Nemo and Marlin after the events of Finding Nemo, she has a flashback of her parents and decides to try and find them.

With the help of all types of sea creature friends, she sets out on an adventure to track the only true family she’s ever had. Her memory loss is a constant problem which derails the search many times, but she overcomes this obstacle with an arsenal of unique skills. Finding Dory shows, just as its predecessor did, that a weakness can be a strength in disguise.

While Finding Dory is not as good as Finding Nemo, nor one of Pixar’s best films, it’s still a well-crafted story about hope, perseverance, and the persistence of memory.

In a likely future where computer programs mimic humans, a company provides holographic projections of dead loved ones for their bereaved relatives. A man acquires this service for his dementia-stricken mother-in-law Marjorie, who chooses a 40-year-old version of her deceased husband Walter.

Jon Hamm plays the fake Walter—or Walter Prime, as the company calls the model. It’s a curious program that learns as it goes, cataloging new information through lengthy conversations with family members, and creating a more perfect representation of the Walter of old.

It’s never entirely perfect, however; there’s always something that reveals its artificiality. Even Marjorie, with her impaired memory, can see he’s not real, but he’s an intriguing presence nonetheless. Time goes on. Marjorie dies, Walter Prime is discarded, and a new Prime is created to comfort Marjorie’s daughter: Marjorie herself.

The cycle continues. New Primes are created to replace the relatives who die until the bloodline ends and only the Primes remain. They are gathered at the end of the film, reminiscing on memories that aren’t their own, while living identities that aren’t their own. No one admits—or recognizes—this fact, but a certain repressed memory, solely belonging to Walter Prime, exposes the other Primes as imposters. It doesn’t matter; they’ve learnt it, and it’s now as real as they pretend to be.

It’s not a thrilling film, but one of the finest studies on memory of any medium. 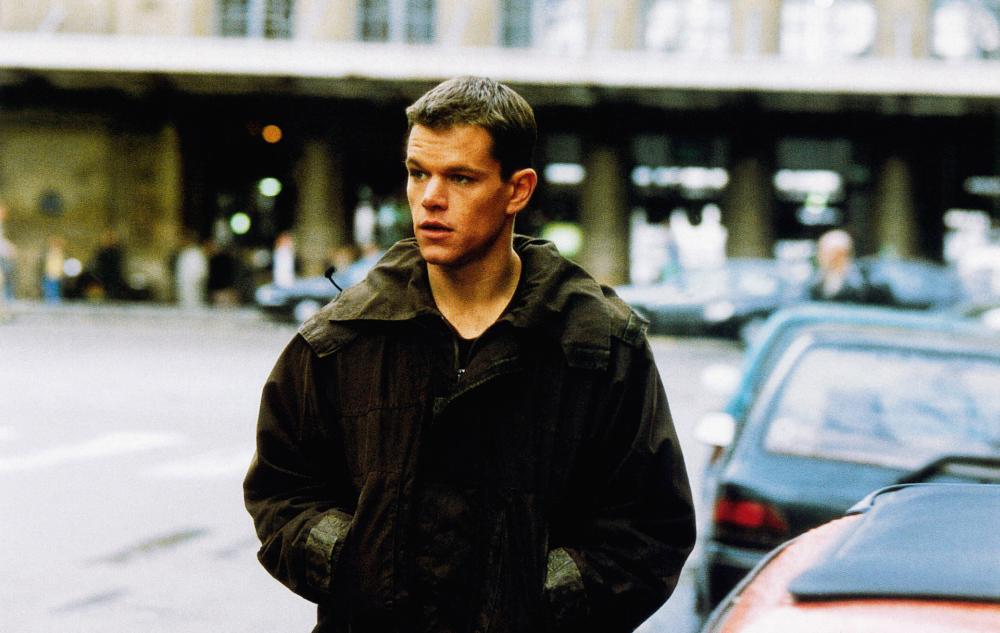 As with any lucrative franchise, the artistic merit of the Bourne Institution diminished after the second or third sequel. However, The Bourne Identity premiered as a surprisingly smart and well-written action movie of which memory is the most important part.

Jason Bourne is the assumed name of a man whose memory has been almost completely wiped. After found floating in the Mediterranean riddled with gunshot wounds, the man finds information leading to the CIA, which begins making attempts on his life. He slowly unveils the complicated and violent past of a man whom he does not remember, but is actually he. Eventually Bourne discovers that he was an assassin for the CIA, and the circumstances of his discovery at sea were tied directly to a failed attempt on a target—and the CIA wants to sever loose ends.

The subsequent sequels unravel the Bourne story further, as he continues to uncover his past while facing adversaries who are determined to not let him do this. Bourne is a respectable franchise and the memory loss aspect works well for the genre and is exploited to the fullest degree. 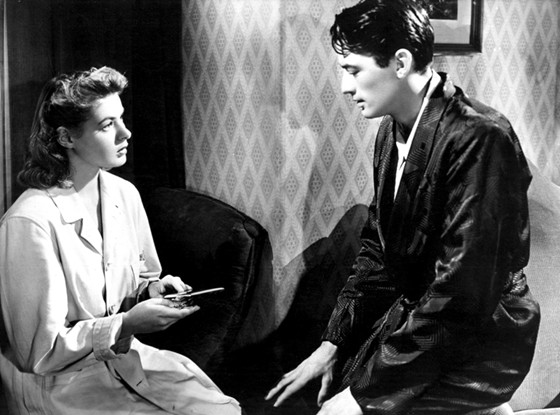 Spellbound is one of Hitchcock’s early films from a time focussing on thrillers rather than horror. It stars Ingrid Bergman as Dr. Petersen, a psychoanalyst at a mental hospital, and Gregory Peck as Dr. Edwardes, her new colleague.

Dr. Edwardes is not what he appears to be, however, as Petersen finds that he’s an amnesiac who does not know who he is. In lieu of his own identity, he adopted that of Dr. Petersen, whom he admits he has murdered.

Dr. Petersen doesn’t believe his story. She thinks he’s innocent but is suffering from a victim complex. One night, the fake Edwardes disappears, and the rest of the film is Petersen searching for “Edwardes” and trying to uncover his past, reveal his identity, and discover why he believes himself a murderer. The ending has a Hitchcockian twist, of course, concerning another doctor, Murchison, who disliked the real Edwardes.

Despite its relative obscurity, Spellbound ranks among Hitchcock best films. It’s a perfect thriller which explores the human psyche through psychoanalysis, surreal symbolism, and the marriage of memory and self.

Based on a story by Philip K. Dick, Total Recall is predictably a menagerie of psychedelic wonderment and disturbing mindfuckery.

It’s 2084 and Arnold Schwarzenegger plays Douglas Quaid, a construction worker suffering from strange dreams about Mars that visit him regularly. Since memory implants are offered for different experiences you could not get in reality, Quaid decides on one spent on Mars as a secret agent. However, during the procedure, he recalls memories of being an actual secret agent on Mars.

Afraid that he will discover his true identity, Quaid is sedated and his memory erased. A subsequent attack by government operatives triggers Quaid’s special agent training and sets him on the trail of an elaborate cover-up that has now become personal.

This takes Quaid down a dystopian rabbit hole of self-discovery, government conspiracy, and human rights violations as he tries to uncover the truth of his past identity within a larger scheme of corruption. Unfortunately Quaid is at a disadvantage because he cannot trust his memories, which are a mongrel mix of true, false, and altered, and it’s impossible to know which is which.

What makes Total Recall so mind-blowing is you never know if what Quaid is experiencing is true, and leaves the viewer questioning the veracity of his own memories.