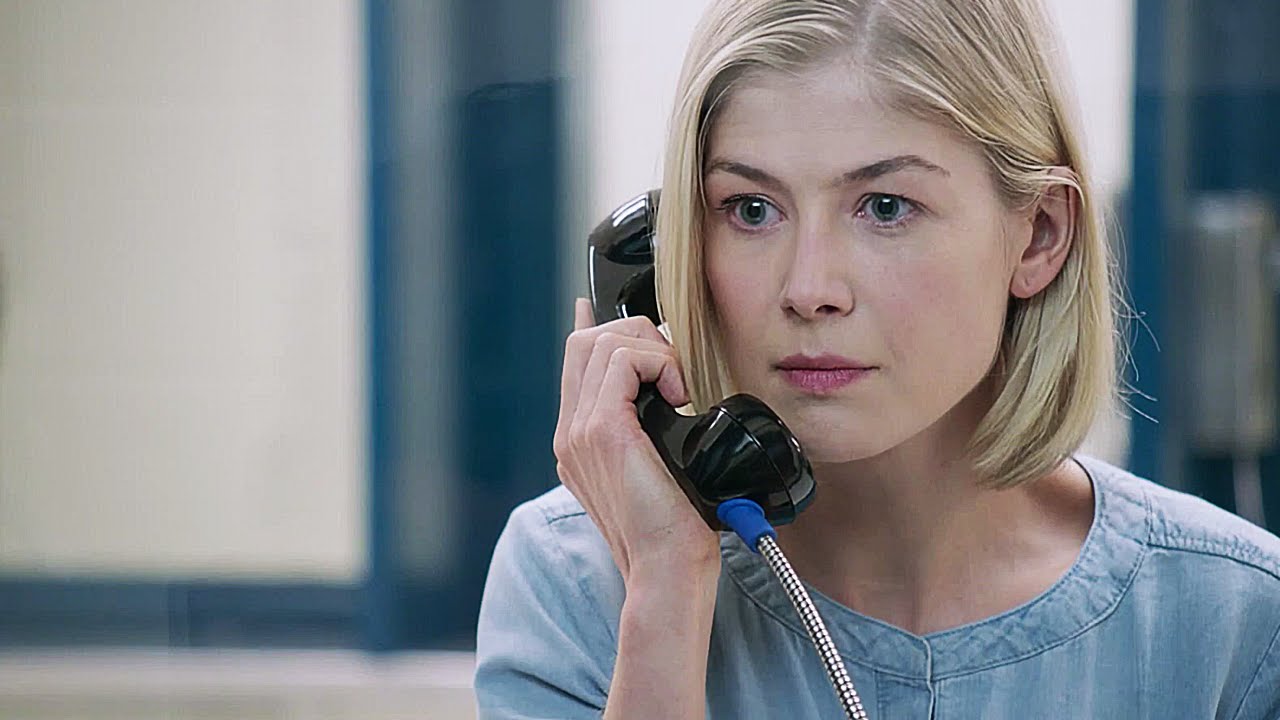 Listen: being single can be pretty great. Romantic relationships, though glorified in all art forms, can also be incredibly messy affairs that lead to heartbreak, emotional distress, and worse. At least if you’re single no one can hurt you and there’s more wine available for yourself.

And single people get short shift in films. If a character is single in a film, most of the time they are portrayed as depressed and desperate to find love—which then the rest of the film will be about. Otherwise, being single in many media depictions is portrayed as the lowest status in which a grownup can find themselves.

But this just isn’t true: being single can be pretty dang awesome. In many ways, it’s the best type of freedom—one that allows a person to move in any direction, do whatever they please, and have nobody to answer to. However, it’s easy to forget the benefits of singlehood. Thankfully, films are here to remind us of the wide spectrum of the human experience, and here are 10 that will remind you just why it’s so great being single.

Meet Poppy: a thirty-year-old single schoolteacher who’s in a permanent state of happiness. She loves to travel, lives with her best friend, and tries to bring a smile to the face of everyone she meets.

Not everyone appreciates her upbeat attitude, however: her driving instructor—who is as angry and unhappy as Poppy is cheerful–is made apoplectic by her lighthearted humor and carefree attitude, while her sisters wonder how she could be so happy even though she’s thirty and single. But nothing ever gets Poppy down, and it may turn out that she will end up with everything she wants, after all.

This light, bright, and fun film is all the more surprising because of who directed it: Mike Leigh, who’s responsible for the near-nihilistic drama Naked. But as gritty and unpleasant as that unflinching look at lower class live in England was, Happy-Go-Lucky is its sunny-side antidote. Singles who would rather look on the bright side and swear that it’s not a relationship that makes you happy but only yourself that determines this, Happy-Go-Lucky is a great indicator that this may be true, after all.

Hey, single people: guess what’s worse than being alone? Being trapped in a nightmare marriage with someone that actively hates you. This is one way of looking at Gone Girl, a film that should make any single person feel better about spending a Saturday night alone at home.

The story: an unhappily married couple’s life is ripped apart when the wife suddenly disappears and the husband becomes the center of a media firestorm as to his potential guilt. While all signs point to his involvement in his wife’s disappearance, the truth is far more disturbing—and is a great lesson in not rushing into marriage too quickly.

In fact, singles can easily point to Gone Girl as a good reason to be alone: after all, if you can’t trust your spouse, who can you trust? At least that table for one won’t potentially be in a prison cafeteria. 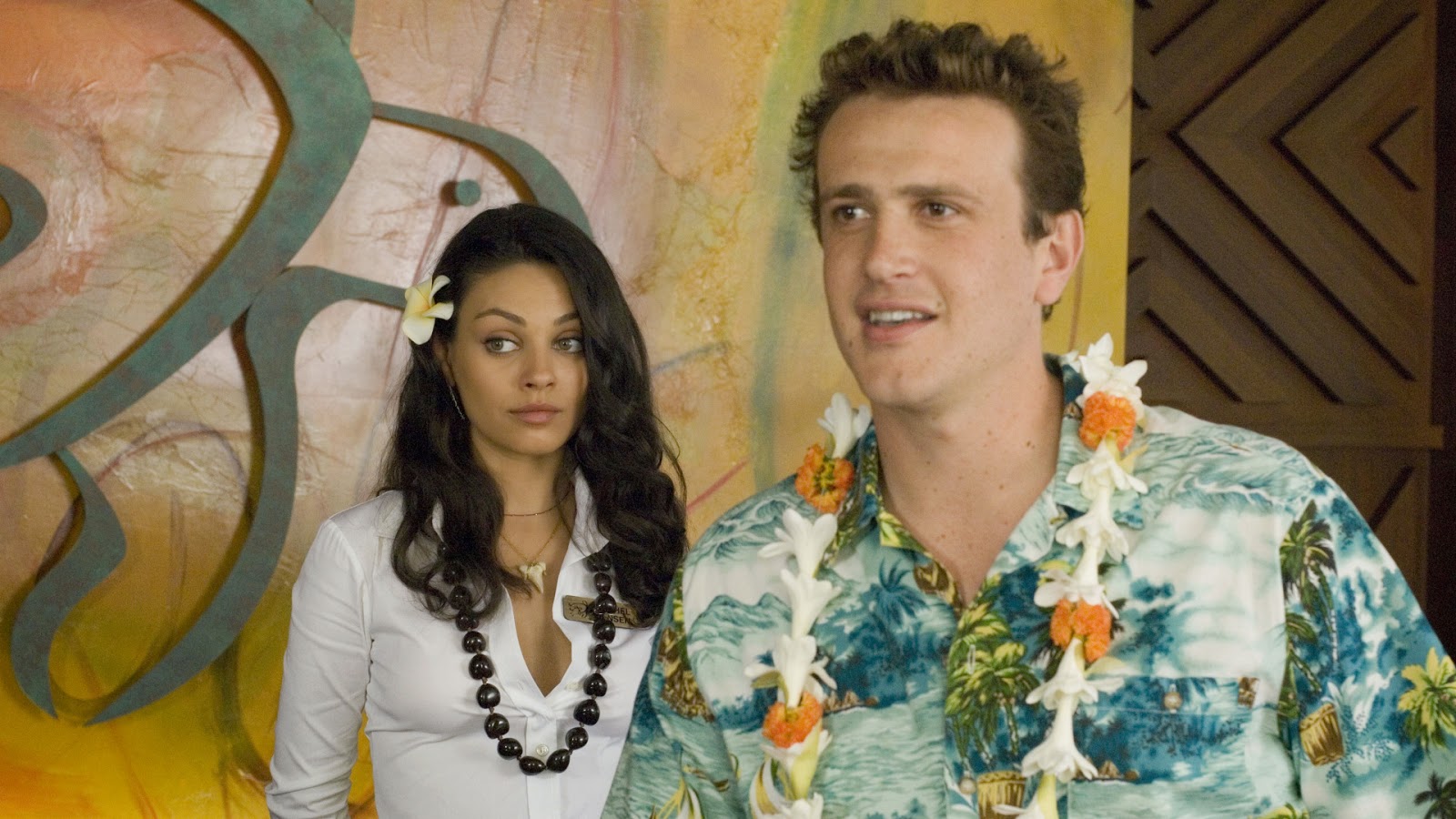 Of course, few people are ever perpetually single: most people have had at the very least one romantic entanglement in their lives. And for those that find themselves single at the moment after an emotionally wrenching break-up, laughter is the best medicine. Forgetting Sarah Marshall is the perfect movie for the single nursing heartbreak—mostly because it depicts just how awful it feels after a breakup, and what crazy things such heartache can inspire one to do.

Peter (Jason Segel) is an overly romantic music composer who’s crushed after his girlfriend, TV star Sarah Marshall (Kristen Bell) abruptly breaks up with him and quickly moves on to a rock star (Russell Brand). To try to cheer himself up, he takes a vacation to Hawaii but ends up at the same resort his ex and her new boyfriend are staying. Striking up friendships with some locals, including a tentative romance with a hotel hostess (Mila Kunis), Peter struggles with jealousy, depression, and throws himself into crazy situations in an attempt to…well, the title of the movie.

Goofy, funny, and with a surprising amount of heart, Forgetting Sarah Marshall is a movie that will cheer up any single feeling like they may never get over their ex and leave them peeking around the next corner for their next potential partner.

Some relationships are so difficult to resolve after a breakup that you may want to erase them completely from your mind. In Eternal Sunshine of the Spotless Mind, this is exactly what Lacuna, Inc. promises its clients: to erase any bad memories they may have, leaving their patients blissfully unaware of their own past.

This bittersweet comedy-drama, directed with alacrity by Michel Gondry, takes a far-out concept and delivers a believable story that takes place mostly in someone’s memories. It also comments upon the idea that our memories, both good and bad, are a part of us, and that with every bad memory we may have about previous relationships, there are good ones–and that both of them make up the whole story. Singles can find some reassurance in this film that we all exist in someone’s memories (both good and bad)—or, alternately, that at least all of their bad relationships only exist there now.

If you’re of a certain age, you may be watching your friends and family members getting married, having kids, buying a house, and in general starting up a life of their own. But what kind of life is that? One filled with failing careers, fading romance between partners, troubled kids entering adolescence, and growing regret over what may have been otherwise.

At least, this is how marriage is depicted in The Ice Storm, Ang Lee’s ennui-filled drama set in the 1970s about how stifling married life in suburbia can be. Following the increasingly downward trajectories of the Hood and Carver families—neighbors whose members are more than a little friendly with each other—The Ice Storm takes place over a long weekend where the sexual frustrations, strained relationships, and confused feelings both married couples and their children have manifest themselves into tragic events.

A bummer if you happen to be married, but a relief if you’re single, The Ice Storm will lead singles wondering the next time they see their married friends happily hand-in-hand how much is really going on behind closed doors and have them thinking while spotting families outside their homes in the suburbs during the holidays: “Good luck with all that!”