Taste of Cinema - Movie Reviews and Classic Movie Lists > Lists > Other Lists > 5 Reasons Why “Alien: Covenant” is 2017’s Most Disappointing Film (So Far)

This summer has been an embarrassment of riches for Hollywood film franchises. While The Mummy, Pirates of the Caribbean: Dead Men Tell No Tales and Transformers: The Last Knight stood out desperate and exhausted, one in particular, Alien: Covenant, directed by visionary Ridley Scott, proved to be this summer’s disappointment.

Now, the Alien franchise helmed by Scott’s original film has become one of the most iconic film series among cinema and popular culture. Alien (1979) changed science-fiction with its atmospheric and claustrophobic horror, introducing one of the most terrifying cinematic monsters ever imagined. Come 1986, Aliens directed by James Cameron expanded the horror with his sci-fi/militaristic approach to the Alien universe, and to this day, it remains one of the best sequels and action films of all time. Whether it’s superior to the original is open for debate.

Since then, the franchise faced a downward spiral as 20th Century Fox & many film directors hired by the studio struggled creatively to burst fresh originality from the chest. After the disappointments of Alien 3 (1992), Alien: Resurrection (1997) and the heavily despised Alien vs. Predator films (2004-2007), Ridley Scott would return to the creepy, rich universe after 33 years with his first prequel film, Prometheus (2012).

While carrying “strands of Alien’s DNA,” Scott truly expanded the mythos with interesting ideas and fascinating intrigue, supported by his visionary filmmaking and fantastic visual effects, but the film was marred by fans and audiences for its convoluted and unsatisfying plot which left unanswered questions due to Damon Lindelof’s contribution to the script.

Ridley Scott’s response to the outcry pushed him to reintroduced the long-dormant monstrosity in the second chapter of his prequel series, Alien: Covenant. The film arrived in theaters and despite gaining positive acclaim (70 % Certified Fresh on Rotten Tomatoes) and a decent profit in revenue, this entry left audiences with a by-the-numbers film with a messier plot than its predecessor. In reflection, Alien: Covenant simply just fails as a Prometheus sequel, remains formulaic and derivative as a Alien film and overall, it is not scary as a well-made horror film.

1. The Screenplay (Spoilers Ahead…) 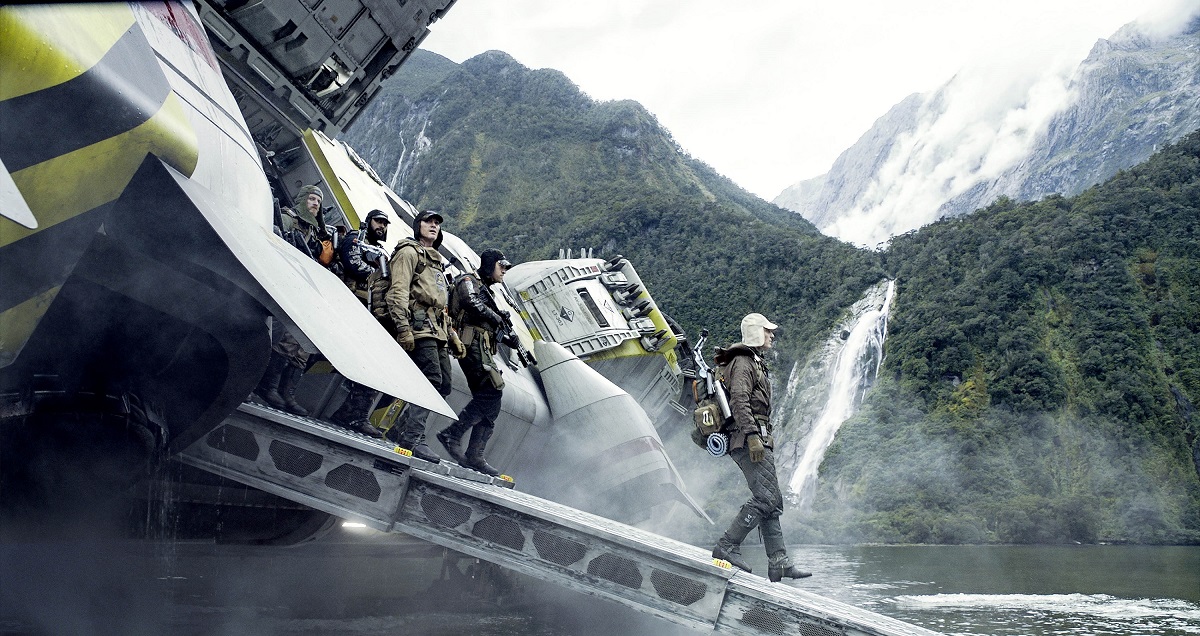 If you lucked out on catching Alien: Covenant in theatres, the premise follows a crew of highly professional scientists en route to a new planet for colonization aboard the titular ship, the Covenant. An unexpected disaster suddenly wakes up the crew mid-cryosleep, killing several of the colonists including their First Captain and Daniels’ (Katherine Waterston) husband, Jacob Branson (James Franco).

A new distress signal from a remote planet alerts the crew that pushes their appointed Captain, Chris Oram (Billy Crudup) to divert course and land on the uncharted planet where they uncover a crashed derelict ship, encounter deadly alien life and a mysterious survivor, David (Michael Fassbender).

The concept sounds intriguing on paper and Alien: Covenant was written by four writers including Oscar-nominated screenwriter, John Logan and Logan-Alumni, Michael Green. In its execution, the opening titles with Jerry Goldsmith’s famous theme reprised within the cosmic reaches of space perfectly evoke the foreboding sense of wonder of the original Alien, but as it progresses, the script falls victims to numerous horror cliches despite a strong year for horror films, most notably, Get Out: Characters make moronic decisions and/or wander and peek around dark corners to be ambushed by alien creatures.

Straight out of a Friday the 13th film, the Alien kills a couple during a gratuitous shower sex scene. Lastly, the film throws a “Gotcha!” moment that felt predictable when this device was initially introduced. Sadly, it seems Scott took a major step backwards from his own original film which still remains one of the most effective horror films to date from the simplicity that writers, Ronald Shusett and the late Dan O’Bannon paid respectively.

Ranking alongside Jaws, The Exorcist & Halloween, Alien had transcended conventional horror cinema: It takes the gothic “haunted house” set in space. As a sci-fi concept, it shifts from infiltrative social threat of 1950s-era alien invasion cinema into organic, body horror with the theme of sexual violation with the Alien as a transgressive embodiment of sexual depravity.

As basically “Jaws in Space,” the monster is built up through clever suspense, shadow and camerawork with a design leaving imagination to the viewer. The protagonist, Ellen Ripley (Sigourney Weaver) is gradually established into the strong female character, spawning the Final Girl trope for horror films that followed.

Alien takes a simple B-Movie script and with the imaginative art design by production designer, Ron Cobb and surrealist artist, H.R. Giger, and altogether with Ridley Scott’s fantastic direction transform it into genuine horror associating with social and psychological fears including fear of the unknown, rape, and pregnancy. The underlying mysticism enables the viewer to acknowledge what we do not understand, only makes the horror more powerful.

Today, we have seen 5 proper films in the Alien series and Alien: Covenant’s plot consists of moments retread from its predecessors: Characters visit the iconic crashed Derelict ship, familiar to our eyes. To evoke the dropship crash sequence in Aliens, one of the characters aimlessly shoots a rogue alien, inadvertently blowing up their space shuttle. The film’s protagonist, Daniels (Katherine Waterston) evokes Ellen Ripley without prior development or focus for the audience. Like the first two films, a false climax leads to another final showdown where the Alien stowaways aboard the ship to terrorize the remaining crew. 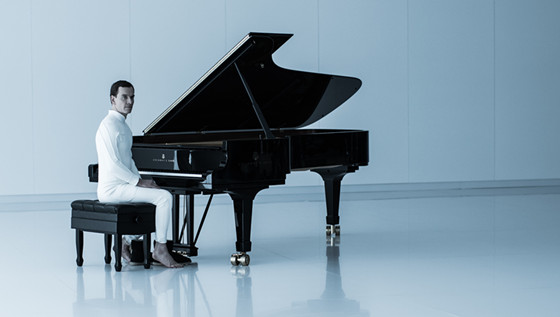 In this age of Hollywood banking on familiarity a la The Force Awakens, the script tries to jump between a stand-alone Alien film, while following up to Prometheus and provide all-out horror that stumbles and leaves more of a dissatisfying story. As a Prometheus sequel, the plot raises more questions than it answers them: Aside from one flashback sequence, we never knew who exactly are these Engineers and why their motive to eradicate Humanity is justified.

The Engineer species in Prometheus were depicted as highly advanced alien beings, but here, they are presented like an ancient civilization akin to our own history. Since its predecessor ended with David and Shaw venturing out to their homeworld for answers from the events, why would David commit genocide against the Engineer colony?

The film never goes far to explain the Deacon creature from the ending to Prometheus which would foreshadow the inevitable spawning of the Xenomorph. Also, how will the idea of David creating the Xenomorph tie into the LV-426 encounter in Alien? These creative decisions that Ridley Scott and the writing team agreed upon hold very little ties to Prometheus and emphasis on Alien which already leave an unresolved story more convoluted and illogical in his established universe.

Lastly, the plot attempts to be philosophical and thought-provoking while functioning under a generic Slasher 101 script. Prometheus (appropriately named after the original creator of humanity in Greek Mythology) at least, attempted at an interesting concept, in which the theme was about discovery: finding the answer to higher beings and our existence across the universe.

Alien: Covenant tries to reprise its creationist themes and even, religion to provoke similar thought to the audience that the film references Mary Shelley at one point. As an Alien tie-in, the film mainly contradicts with elements that made Alien prominent in simplicity that Alien: Covenant comes off as pretentious. As ambiguous the original film was, Ridley Scott never spoke any ham-fisted form of intellectual thought with the visual world-building or through the characters he introduced in Alien.

Ridley Scott is known for casting great actors in his films and admittedly, the ensemble cast of Katherine Waterston, Michael Fassbender, Carmen Ejogo, Billy Crudup, Demian Bichir and lastly, Danny McBride do justice in their performances. Unfortunately, the characters are about as two-dimensional as the script and direction require; The plot depicts them as well-qualified scientists in their field of colonization, but they resort to illogical decisions and actions only to prompt the plot forward.

The horror happens by one bad decision of leadership in which, Captain Oram (Billy Crudup) who immediately becomes an unlikable character and decides to land on the foreboding planet through blind faith, risking everyone’s lives instead of continuing their course. We do initially sympathize and understand Daniels’ reasoning to avoid risking the mission, but her purpose as a character is to fulfill the Ellen Ripley model without much development into a fully-fleshed out foil against the Alien.

There are even motifs, such as the relationship between Daniels and the Android, Walter (Michael Fassbender) for example, where the two characters discuss about building a log cabin in their colonized planet. Although this character beat helps establish empathy, it is not sufficient for character development. In the entire film, very little screen-time is given to the supporting crew members, thus we cannot identify or feel any tragedy when they get killed off. So the audience is following forgettable monster fodder who mainly exist to state exposition, dire warnings and facts, lacking any genuine tension or fear for their danger.

As the film progressed, they were set-up by Weyland-Yutani (Dubbed as “The Company”) to uncover an alien transmission on LV-426 and secure the Xenomorph onto their freighter, the Nostromo, unknown to their knowledge and at the expense of their own lives. Their decisions were questionable, but we cared for these characters and the following events were manipulated by their cold, calculating medical officer, Ash, showing his intentions to protect the creature for study under company hands.

On the other hand, Aliens consisted of the Colonial Marines who are cocky, over-masculine soldiers with excellent camaraderie that make their presence fun and engaging to the viewer. Despite Ripley’s information, they soon face a Xenomorph colony, an enemy beyond their element and as a result, faced relentless attack and overwhelming numbers, drawing allusions to the Vietnam War.

In comparison, Prometheus holds a lesser plot, yet it at least provided decent characterization we can identify: Elizabeth Shaw (Noomi Rapace) is an ambitious archaeologist with strong religious faith about the Engineers until she uncovers a horrifying truth that pushes her battle this threat and David (Michael Fassbender) is a subservient synthetic Android who expresses his own humanity: he seeks to appease his creator, Weyland (Guy Pearce) and opposes Shaw for being disgraced by her husband, Charlie (Logan-Marshall Green).

At his lowest point, his emotions enable him to develop empathy and reliance for Shaw. Their story was unresolved, but their arcs made them compelling on a character aspect. Alien: Covenant follows expert scientists and one idiotic decision catalyzes their own demise so there is no care or tension for any of these characters.

However, the only enjoyable characters are David and Walter: twin synthetic Androids juxtaposed by generational span, clash together with conflicting views: As a creation of humanity, David plans to eradicate humanity with his own insidious creation, the Xenomorph and from his relationship with Daniels, Walter retaliates against David for humanity’s protection and for Daniels. Astonishingly, Danny McBride as Tennessee lends solid screen presence and after a history of acting in comedy, McBride lends dramatic range for this role.