Taste of Cinema - Movie Reviews and Classic Movie Lists > Lists > Other Lists > 5 Reasons Why “Alien: Covenant” is 2017’s Most Disappointing Film (So Far) 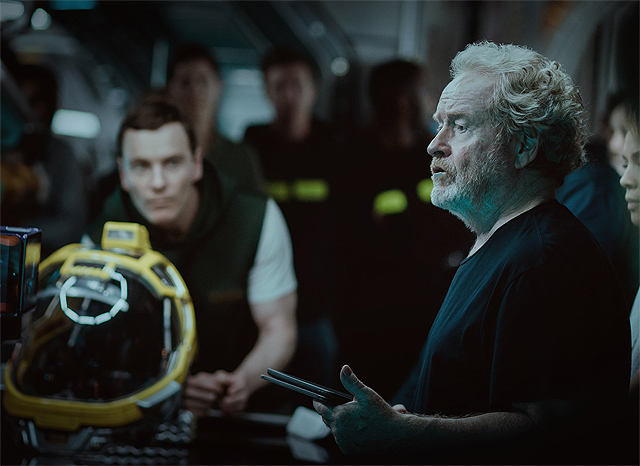 Ridley Scott is one of the best modern filmmakers of all time, yet the direction utilized in Alien: Covenant does not surmount a typical made-for-SyFy Channel feature, only with a higher budget. Now, the art direction, principal photography and post-production work for the Covenant ship sequences and the ruined Engineer colony are amazingly photographed by Scott’s collaborative D.P., Darius Wolski, but most of the film is shot with such intimacy and enclosure between human characters, the film lacks the scope and sense of wonder that agree or disagree, Scott accomplished in Prometheus.

Considering film production took place in New Zealand, the mountainous forest setting for the unknown, lifeless planet is dull, static and too familiar to take seriously as another world. The costumes and props feel underwhelming and lack a sense of character to the story as Alien and Prometheus, regardless how different their visual styles were in both films. The simplest exploration attire for the Covenant crew members look no different from mountain hiking gear.

Despite the film’s bleak nature, the film visually feels muted of depth and color, and washed out of organic palette Alien held for so long. One moment that sticks in mind and works to its favor is the Backburster sequence where it is filmed under intense pale lighting, evoking disorienting terror, but it leads to another problem.

Ridley Scott does aim high for gruesome body horror, but the creature effects do not hold the same impact as a man in a suit did for audiences in 1979. From the pale, erratic Neomorph to the merciless Xenomorph, Scott stated he favored CGi strongly over prosthetics and practical effects while promoting the film’s release. The end result resembles more Alien: Resurrection-era effects than an improved step up for sfx technology 20 years since. As CGi effects, the aliens are not well-composited with the actors and the live-action elements they interact opposite. 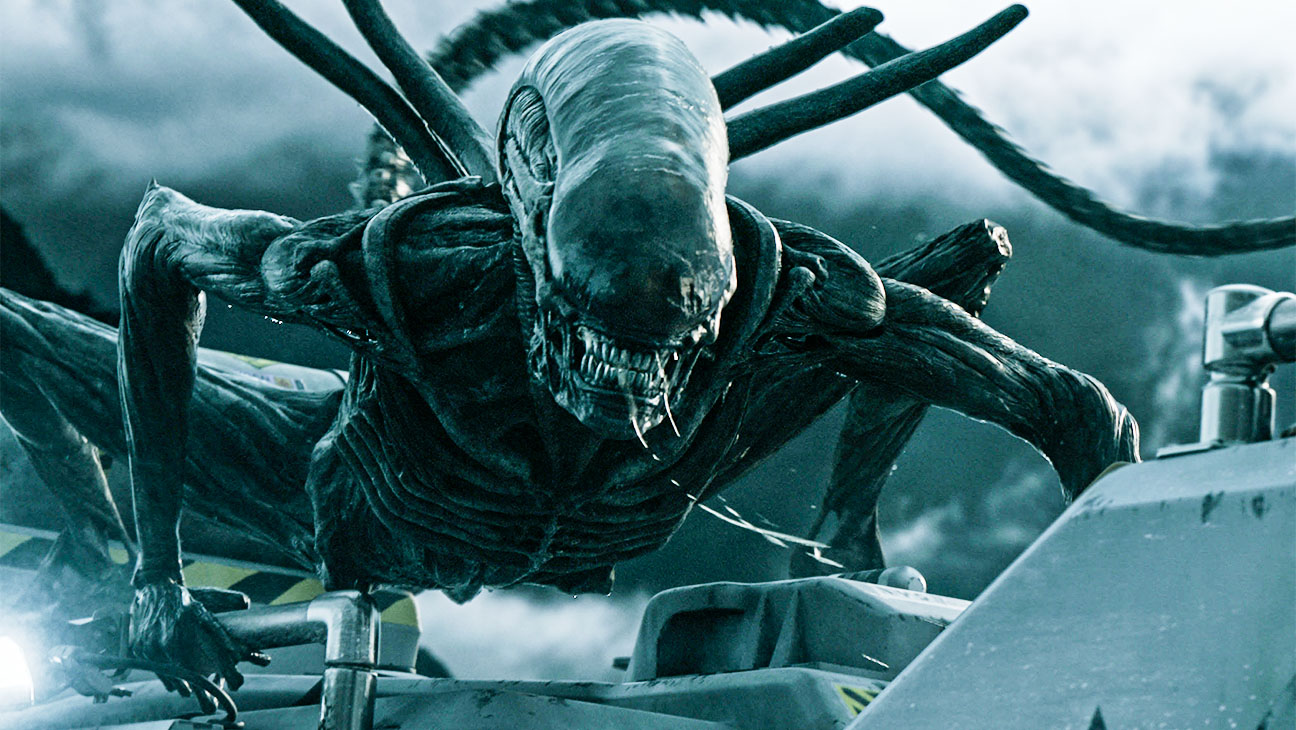 The Xenomorph still remains a terrifying icon across horror, but the creature is now a household name consumed by fans and audience and became borderline camp from its appearance in the latest entries. One element to sell in an Alien film is the eponymous monster and it’s omission in Prometheus gave fans a bad impression towards the film. So, to appease the fan-base’s complaints, Ridley Scott and Fox would market his new film as the proper Alien film, completely deviating from Prometheus dramatically.

Much to the script’s expense, the Alien is barely in the film. Hiding the monster in the dark is essential to storytelling to establish suspense and dread. Yet, the Xenomorph is rushed in the film’s third act that it repeats than revives the horrific image that made an impact in the original film.

By shoe-horning the Alien, Scott also breaks logic, making his prequel series inconsistent to Alien so far: David spent years marooned on the Engineers’ homeworld, performed experiments on Shaw’s corpse with the viral Black Goo from Prometheus, creating a prototype breed of facehuggers. This revelation almost ruins the mystery behind Weyland-Yutani’s motives in the original films.

Also, the Xenomorph can immediately sprout limbs from birth, straying away from the sinuous, phallic symbolism that made the creature horrific and as a Facehugger, it can implant an embryo despite forced removal from its human host.

Even, a POV shot of the Alien was a superfluous addition, disrupting the mysticism of the creature. Ultimately, this Perfect Organism in Alien: Covenant is reduced to a mere obstacle for the human characters to conquer twice in the film, rather than a ever-present horrifying threat that leaves us guessing with fear. 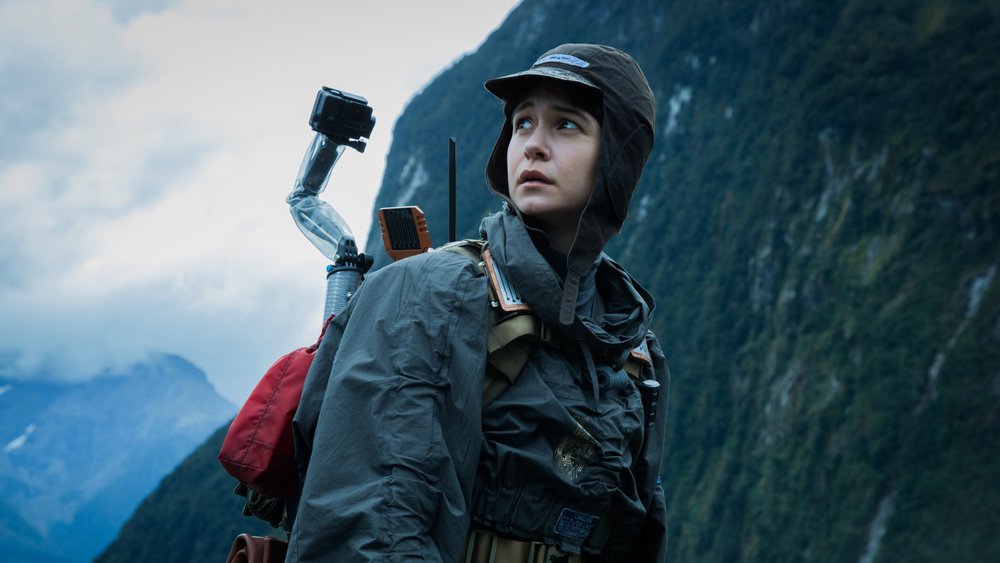 Studio meddling and interference is unavoidable in today’s Hollywood studio system, but the lowest form of filmmaking is to appease the demands of a fanbase for any existing franchise property. By appealing to many general viewers as possible, studios and filmmakers would stoop to a compromise to target a specific audience who complained on a generalized issue that fundamentally changes the artistic integrity of the film.

Because Prometheus did not reach out to most audiences for the lack of Xenomorphs and the lead up to Alien that they were promised, Ridley Scott and the producers at 20th Century Fox resulted with this sequel which is hindered by substantial issues that basically contradict the original film. Therefore, we are left with a lesser script consisting of ill-compelling characters and an illogical plot with heavy inconsistencies in order to evoke familiar references to die-hard devotees. Alien: Covenant remains this example ad nauseum.

Alien: Covenant signifies a potential vision of a great filmmaker broken by fan expectations and a conflict of creative views. With more films already planned, 20th Century Fox is beginning to question the future of the Alien franchise with Ridley Scott attached as director due to Covenant’s modest success. Prequels are always complicated and Alien: Covenant further proves this issue to stories preluding to great films.

While the inevitable makes the outcome predictable to expect, Ridley Scott’s “George Lucas-esque” approach to expanding his universe, while serving the fanbase, leaves wider gaps of logic and faithfulness to his own original work. Sometimes, the unanswered should not warrant explanation and that’s the power Alien still holds for almost 40 years.

Even though Alien: Resurrection & Aliens vs. Predator: Requiem still rank as the series’ low points, Alien: Covenant, regardless, stands as a huge misstep, putting the franchise into its familiar grey area that Alien3 began. Other existing incarnations across media served fans with compelling stories in the Alien universe including the Aliens: Omnibus comic book series and arguably, one of the best video games to date, Alien: Isolation (2014), dropping the arcade ‘shoot em up!’ novelty of Aliens to survival horror with Ridley Scott’s original film, staying true to it’s suspense, aesthetic and atmosphere.

As the universe outside the films continue to broaden the universe and its characters, fans will no longer expect a direct, potential sequel to Aliens with Neill Blompkamp’s scrapped Alien5 project. A wave of collective uncertainty will linger as Alien fans are less likely to receive a solid Alien film to arrive in the near future.