The second part in the recently introduced series of cinematic obscurities brings another ten titles you have likely missed, even though they are not to be dismissed. Similarly to its predecessor, this list includes the titles spanning from the 1960s to the 21st century, focusing on geographical and, therefore, cultural diversity.

Besides, where else will you find a humorous South African documentary, Mads Mikkelsen and an off-kilter “ballet film” by once leading choreographer featured in the same article? 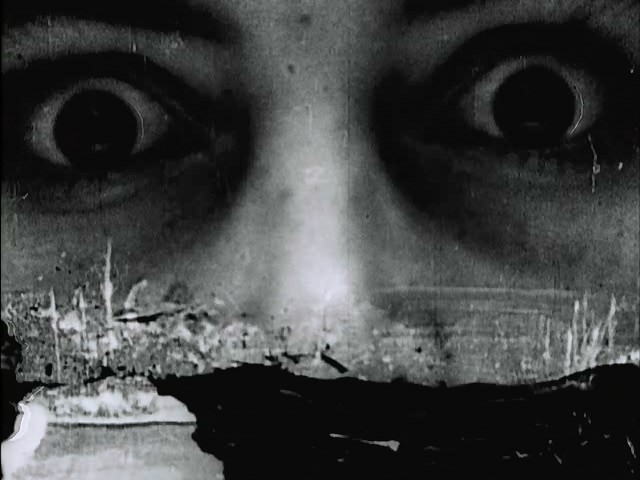 Sava Trifković’s unjustly forgotten eleven minute short experiment “The Hands of Purple Distances (Ruke ljubičastih daljina)” is a rare, electrified beast of the ex-Yugoslavian cinema. Set in the bleak landscapes of barren fields and uninviting forest, it distorts “shape into a circular series of pulsating images that touches on the horror and the metaphysical”, as its synopsis notes, focusing on a troubled young woman (Gordana Maksimović) who is probably running away from someone (or something?).

Disorienting and mystifying, it employs a tight blend of the poetic, non-verbal narrative, high-contrast B&W visuals and haunting sound design in the externalization of the sole protagonist’s inner state.

Other meanings might be lurking beneath its puzzling surface and behind its enigmatic title, so it’s up to the viewer to decide whether it is reality or a nightmare that Trifković conveys. A lot of questions regarding the girl, the setting and a horse-drawn hearse which appears at one point are left unanswered, yet for that very reason, “The Hands of Purple Distances” remain intriguing. For all we know, it might be a meditation on one’s final moments.

Either way, it is available for online viewing, on the official YouTube channel of The Alternative Film Archive of Academic Film Center Belgrade. 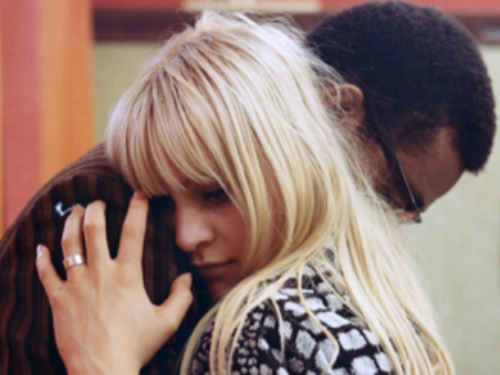 This unusual, even exotic combination of drama, comedy and contemporary fantasy with docu-vibes follows three Congolese students who tour around Bruges and then visit the coastal city of Ostend where they catch sight of a beautiful blonde in the arms of a handsome African man. After the chance encounter with the couple, they develop an obsession with the girl and her (supposed) suitor, their questions leading to a series of amusingly surreal vignettes which mirror their “palaver”.

In Africa, according to some sources, “palaver” is not just an aimless discussion, but a set of social codes allowing the community to overcome various conflicts and problems. For our heroes, it is a way to let their imagination run wild, simultaneously commenting the West European society.

Judging by the playful, captivating, frequently filtered pictures of odd juxtapositions, what Degelin depicts could be viewed as a peaceful cultural conflict – the total opposite of Sembène Ousmane’s “Black Girl”. So, expect to see some desert + canopy bed tennis, a white gander chase on a train, an Yves Klein-inspired body-paint session and a weird, iconoclastic wedding ritual occurring in a hospital, with a bride and a groom holding a bunch of stewpots.

Oh, and don’t be surprised by a procession of angels… 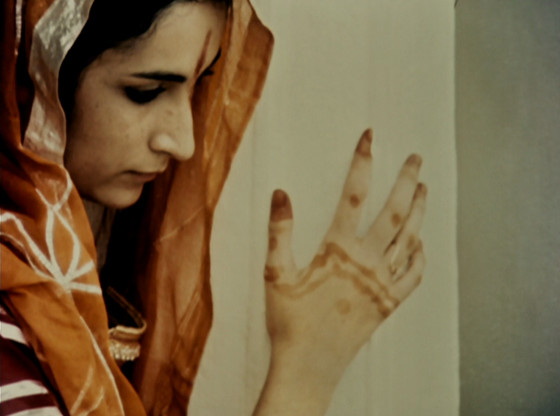 Based on a story by the noted Rajasthani writer Vijaydan Detha (1926-2013) which itself draws on Indian folklore, “Duvidha” is the most critically acclaimed feature by the pioneering figure of the Indian New Wave cinema Mani Kaul and yet, it is still not widely recognized.

The likeliest reason for this superb film’s obscurity is its formal, Bressonian style that turns it into a “purely cinematic object” (in the author’s own words) and which both home and Occidental audience might find “too alien and too cryptic” (as the writer for The Seventh Art puts it), opting for Satyajit Ray instead. However, there are viewers who will know to appreciate it for what it is – an ostensibly simple, yet challenging work of art.

“Duvidha” speaks of love, the one surpassing time and space, revolving around a young couple whose marriage is thwarted by work (something many people of our time can easily relate to) and a supernatural force. Set in rural Rajasthan, it recounts the tale of an unnamed merchant’s son whose newlywed bride has to stay at his family’s home while he leaves for a distant land pursuing his career in trading business.

“Before you know it, five years will be over.” – he tries to console her, though his words come out as unconvincingly dry. “Then we’ll have all we need. Private quarters, lamps and the nights. Only do not allow temptation to come near you.” But, that is exactly what she allows once a ghost who excels at impersonating her husband appears in the household, tricking the groom’s parents as well.

Kaul’s great sympathy for the bride deprived of intimacy reflects his feminist views which, to some extent, define the narrative and the visuals that frequently emphasize a woman’s beauty. Colorful sarees and long, yearning glances of Raisa Padamsee who portrays the heroine are centerpieces of many elegant, enchanting compositions neatly complemented by the traditional music and architecture.

The spatial and temporal distortions caused by conflict between the spiritual and the material are conveyed through the great use of replays, jump cuts, freeze frames and still photographs. 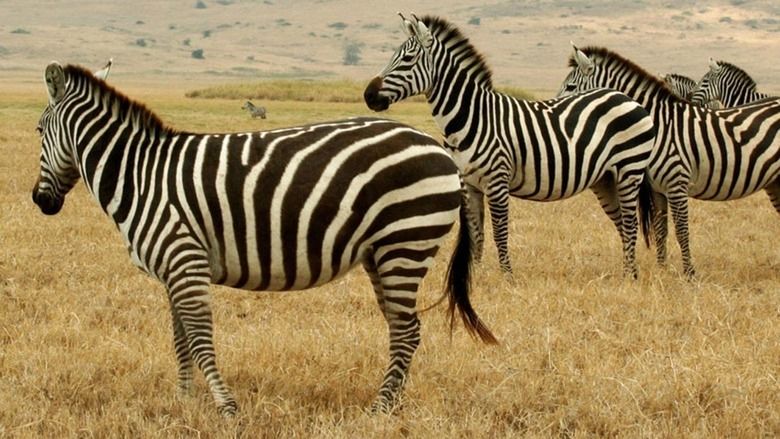 Written, directed, photographed and edited by Jamie Uys best known for a cult comedy “The Gods Must Be Crazy”, “Animals Are Beautiful People” employs well-intentioned humor to make several biology lessons about the South African wildlife immensely fun. Its tongue-in-cheek approach does not undermine its value, but on the contrary, makes it one of the most delightful documentaries of all time.

Filmed in the Namib and Kalahari Desert, as well as around the Okavango Grassland, it acts as a metaphor for the human society, going as far as to describe Bushmen tribe almost as a part of the region’s fauna without offending them. “They must be the most carefree and contented people in the world because they own nothing.” – says the narrator (Paddy O’Byrne), maintaining a deadpan tone of a lecturer in a slightly mocking way.

But, before we are introduced to “the only human beings in the deep Kalahari”, Uys shows us bugs owning Volkswagen-like cooling system, sneaky snakes who feed on unassuming geckos, tiny birds endowed with enviable architectural skills, ostrich don Juans that prove Disney’s “Fantasia” got it all wrong, a lovey-dovey couple of warthogs and their offspring, and a cute honey badger who couldn’t care less for the bee stings.

There’s also a sequence of Dionysian bender involving the fermented marula fruit that gives the gluttonous baboons a horrible hangover in the morning. Mr. Uys also exposes mother ducks as exceptionally talented actresses, especially around hyenas who have a sweet tooth for ducklings. On the other hand, he doesn’t shy away from reminding us of the nature’s cruel side, so right before the cheerful ending, he inserts a tragic vignette starring baby pelicans.

The most praiseworthy aspect of his feature is the witty sound design and the brilliant choice of classical pieces that turn the animals’ movements into the amazing choreography of life. 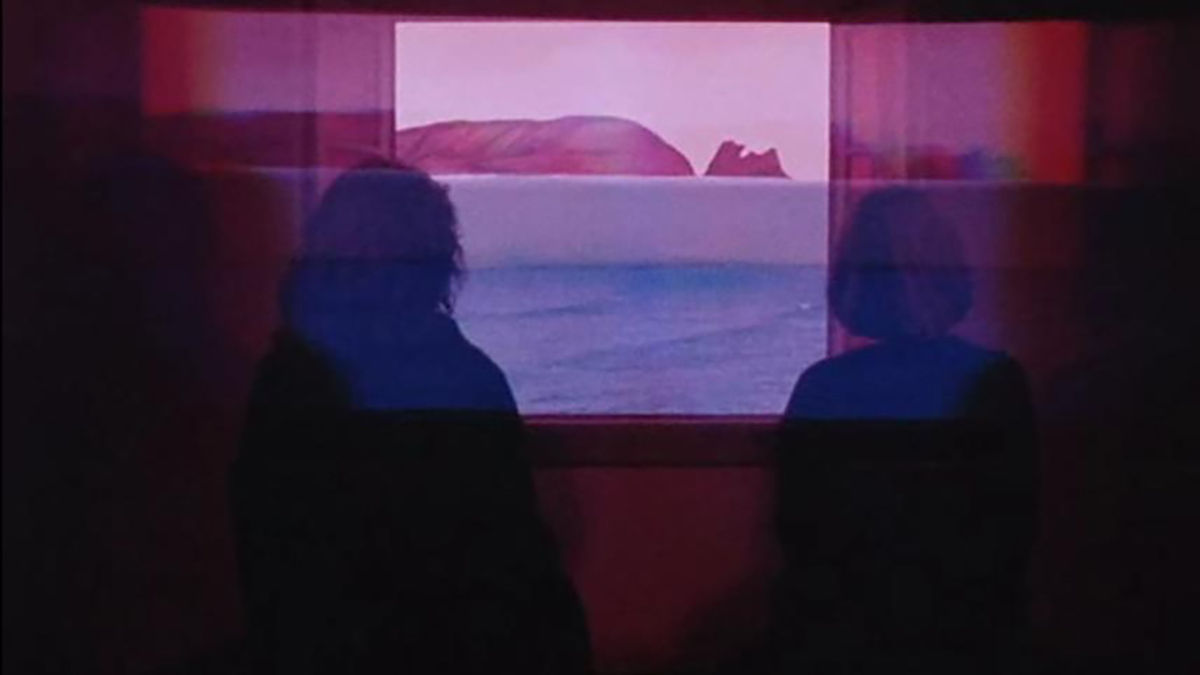 When it comes to the prolific, Chilean-born “fantasist filmmaker”, dream weaver and alchemist of cinema Raúl Ruiz, I can’t help being subjective, despite the fact that I’m familiar with only a small portion of his extensive oeuvre. This man was a genius, so it’s a bit surprising he isn’t praised as much as he deserves.

“City of Pirates (originally, La ville des pirates)” is considered one of his most successful or rather, most “Ruizian” works and once you have the honor of experiencing it, it is easy to see why. Akin to a dream within a dream (ad infinitum) captured on the screen for all the (day)dreamer-cinephiles, this elusive fantasy drama chronicles “a surreal odyssey” of a young woman, Isidore (the weirdly captivating Anne Alvaro), across the world(s) of her subconscious.

On her way to a tiny island of pirates (who are, actually, nowhere to be found), she encounters a homicidal boy, Malo (the 10-yo Melvil Poupaud in a wonderful debut performance), and when she reaches her final (?) destination, she is captured by a man with multiple personalities, Toby (superb portrayal by Hugues Quester). At that point, the viewer is already deeply hypnotized.

Brimming with powerful colors and arcane symbolism, the oneiric, occasionally nightmarish, but always impressive compositions carry you on their glowing wings directly into the realm that is beyond our understanding and, simultaneously, quite familiar. Accompanied by the sinuous, somewhat foreboding, charmingly old-fashioned score, the bewitching visuals form a labyrinth in which it’s a privilege to get lost.