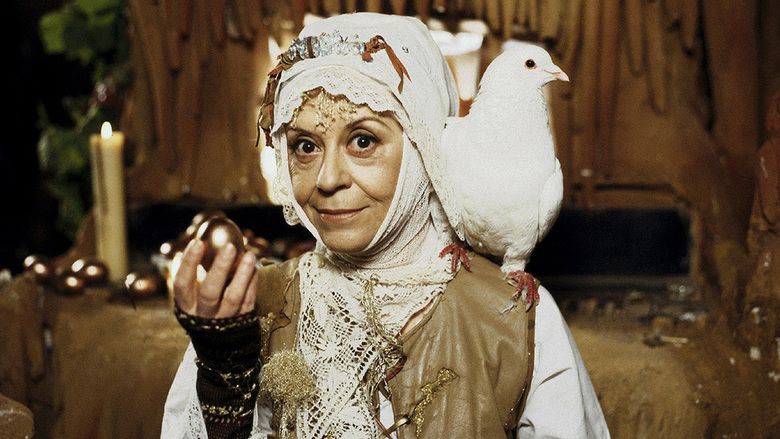 The most controversial entry on the list, given that “the Slovak Fellini” Juraj Jakubisko should be a household name amongst the film buffs, “The Feather Fairy (Perinbaba)” has won many prizes in its time, but seems to be limited to arthouse venues today (at least, in these parts of the world).

On the surface, it is your typical fairy tale (adopted from the Brothers’ Grimm “Frau Holle”) that celebrates love and virtues, while condemning envy, greed, malice and vanity, all embodied in the archetypal characters. But, once you start digging into it, you’ll unearth plenty of allegories and adult themes, which is why it should appeal to both young and mature audience. As a matter of fact, it is a perfect film for the winter holidays!

Starring Fellini’s wife and muse Guilietta Massina who “brought a spark and lightness to the story”, in Jakubisko’s own words, as the titular “entity”, it provides a fantastical coming of age dramedy centered around a lovely couple, Jakub (Tobias Hoesl) and Alžbětka (Petra Vancíková). In the opening scene, we see Jakub as a boy defying Old Lady Death (Valérie Kaplanová, outstanding) and then, being saved by Feather Fairy and taken as an apprentice to her celestial cave.

Gaining immortality, he learns the art of snow-making out of a huge comforter (hence the feathers) and watches human life through the looking glass. After spotting Alžbětka who grows into a fair lady, he is driven by a desire to be a normal person and live with his darling. His “fall” to Earth sets in motion a series of fateful events involving plenty of colorful characters.

Boasting picturesque landscapes, as well as the gorgeous set and costume design inspired by Slovak folklore, “The Feather Fairy” is replete with memorable shots of dreamy quality, whereby “the irrational, mysterious and sensational seems to be as natural as the life itself” indeed, to quote the abovementioned Italian maestro. 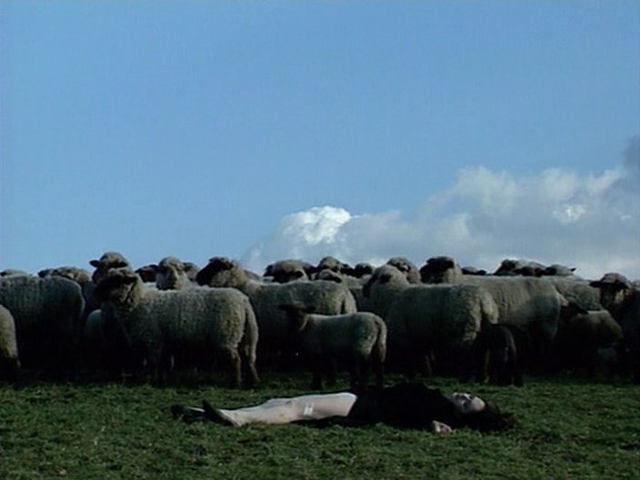 The most avant-garde entry on the list is the first and only directorial effort by the internationally acclaimed German dancer and choreographer Pina Bausch. Part Jarman-esque absurd comedy, part delirious deconstruction of a musical and all a modern, Dada-esque performance, “The Complaint of an Empress (Die Klage der Kaiserin)” is certainly like nothing you’ve ever experienced before.

Entirely composed of short vignettes that rarely appear to be interconnected, this bold, wild and all-around quirky experiment sees the members of Bausch’s troupe trying to shoot the fallen leaves with a pistol, balancing on each other’s shoulders, walking down the street or talking about the pyramids in their underwear, pretending to be dead in front of a flock of sheep or playing traditional French accordion music in a snowstorm while lightly dressed.

One of the most memorable scenes involves a (disoriented?) woman in a black, Playboy Bunny-like costume staggering on a plowed downhill, probably searching for a carrot-shaped purpose. There’s also some stoic endurance on display here, followed by drunk rants of a lady who might be a titular Empress…

Frequently, both male and female “protagonists” are adorned in evening gowns and put in situations that make them look like slovenly eccentrics (euphemistically speaking), so the viewer is tempted to assume that there’s an edgy comment on gender roles hiding beneath the weirdly rippled surface. The interplay between the feminine and the masculine is set to the elusive rhythms of the eclectic soundtrack, captured in the low-key, documentary-like cinematography and marked by Bausch’s twisted sense of humor informed by the Sisyphean toil of human life. 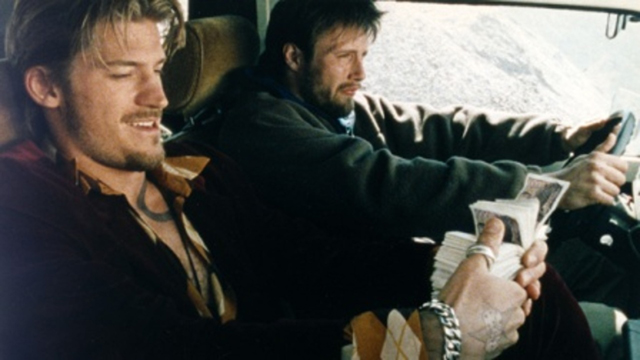 The Danish helmer Simon Staho has been very lucky to begin his career collaborating twice with Mads Mikkelsen who is undoubtedly one of the best actors working today. In Staho’s compelling debut feature, Mikkelsen who portrays a family man with a dark background, Jimmy, is partnered with Nikolaj Coster-Waldau in the role of Jimmy’s criminal childhood pal Ossy, with their disparate energies and sensibilities brought together on a common ground.

The two men are reunited in Iceland, after the latter – a small-time crook with a lethal secret – tracks down the former, who now lives a modest “white picket fence life” with a beautiful wife, Anna (Pálína Jónsdóttir, excellent), and a son, Thorbjörn (the adorable Sævar Örn). Still not ready to face his own demons and the ones from his past, Jimmy tries to push Ossy away as gently as possible, but the other one responds with a revenge and havoc ensues.

If the story of reconciliation and redemption sounds too familiar, just wait till you see the gloomy, gorgeous and gloomily gorgeous Icelandic vistas, from industrial zone wastelands to a solitary little house in the midst of a lush meadow amongst the mountains, artfully shot by Jón Karl Helgason. This microcosm of cold grays and comforting colors is inhabited with vivid, believable characters, by virtue of the outstanding performances and the author’s sympathy for them, with the evocative, unobtrusive soundscapes complementing the taut visuals.

For a little bit more of Staho and Mikkelsen’s magic, make sure to watch a 2003 experimental short film “Now (Nu)”. 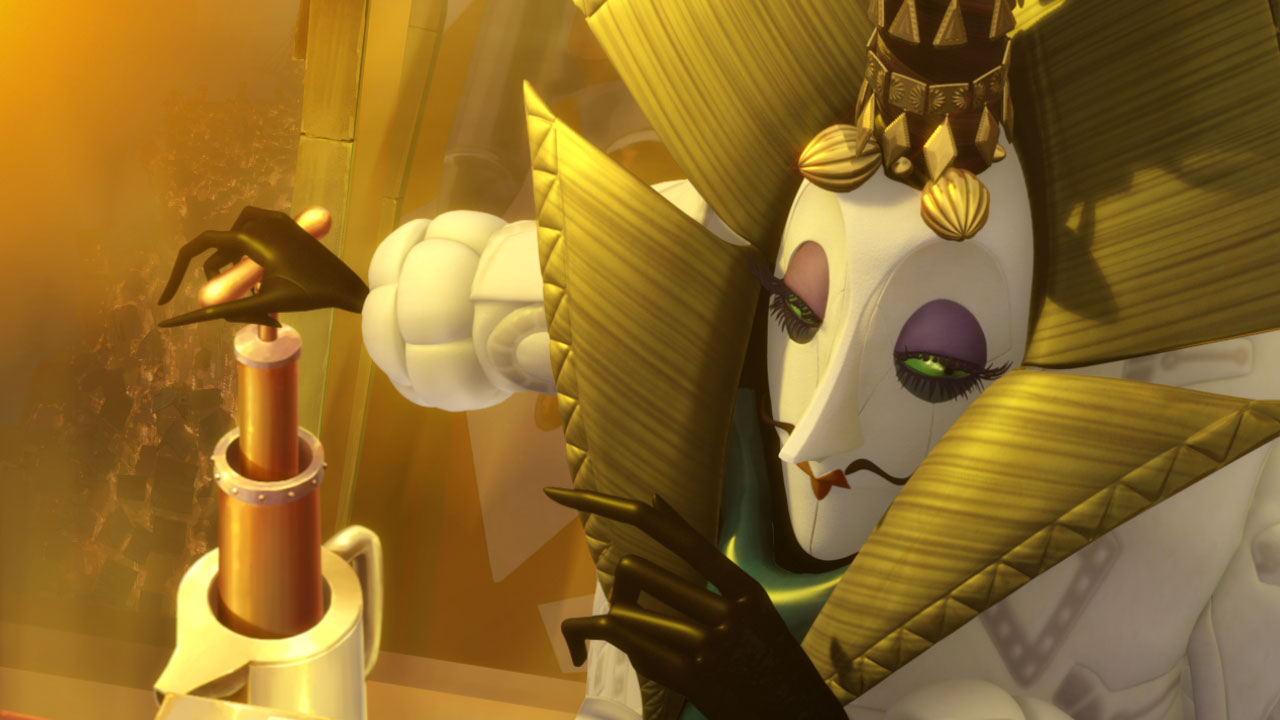 Shinsuke Sato’s first foray into directing an anime is highly comparable to Lewis Carroll’s “Alice in Wonderland” and its many adaptations and “spiritual” variations. It recounts the tale of a sixteen year old girl, Haruka (voiced by her namesake Haruka Ayase debuting as a seiyuu), whose late mother left her a small mirror with a story about the creatures who take the forgotten childhood treasures from our world to their own.

One day, after a small argument with her constantly busy father, she goes to a shrine where you can reportedly restore the stolen goods, only if your “pretty please” is heard by the aforementioned rascals. When she spots one of them, she follows him all the way to a “liquid” portal and ends up in the titular magical land.

Built from its inhabitants’ booty including everything from stuffed animals to model kits, Oblivion Island bursts with colors and textures, appearing as a vivid, kaleidoscopic 3D patchwork of circus-like atmosphere. There, you can encounter cotton wool monsters, visit a Theater of Memories and take a ride on unusual tramways with open picture books acting as seats.

A joyous throwback to the age of innocence, Sato’s CGI fantasy is imbued with vibrant visuals, pure emotions and adventurous energy. 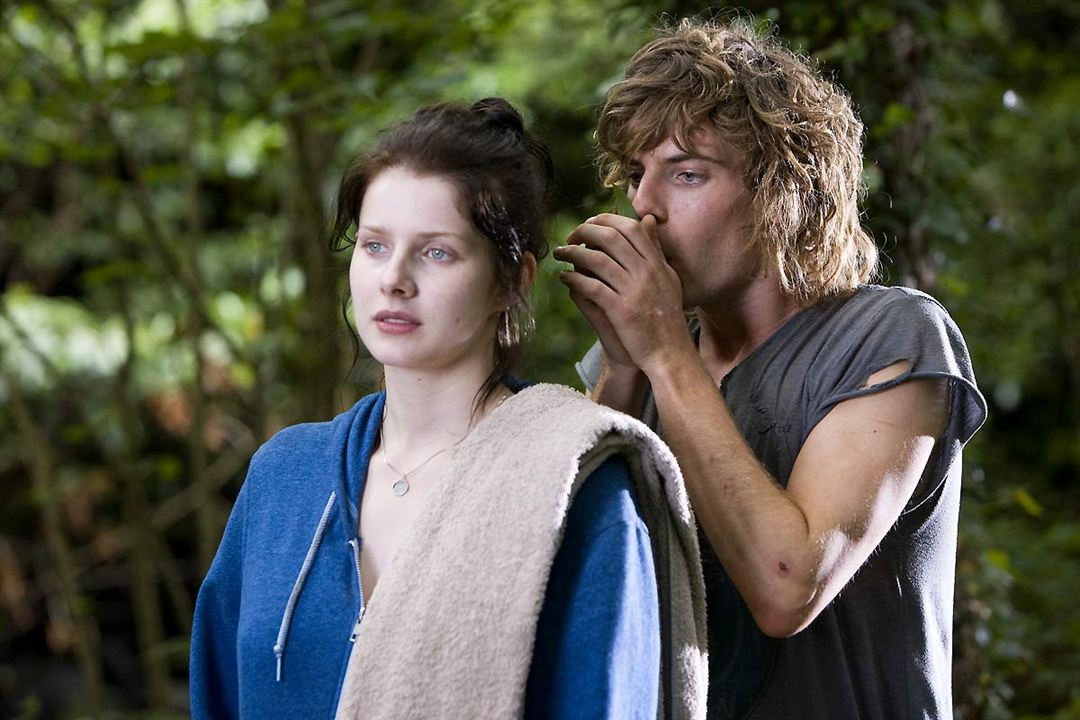 More sweetness, albeit of the dark kind, comes with a modern, feministically inclined fairy tale “Hideaways” which is the most recent directorial effort by the French director Agnès Merlet of “Artemisia” and “Dorothy Mills” fame. A simple, yet effective narrative of the star-crossed lovers, both with grave problems, is laid out in the manner of a bedtime story a mother tells to her daughter.

James (Harry Treadaway) is the last member of the Furlong family whose men are born with odd gifts that feel more like a curse. His grandfather would go blind for 37 minutes even if he only thought about sex. His father had the power to overheat electrical appliances when under high stress. However, he gets the worst ability and that is to sow death around him whenever he’s in pain.

And then, there’s Mae-West (Rachel Hurd-Wood) of the O’Mara family who had tasted “every flavor of cancer that is”. She is hospitalized for intestinal tumor which has metastasized despite several surgical interventions, so she has decided it is okay to keep smoking.

The two of them meet in the woods, like all the good fairy tale characters do, where their love is born on a rainy day to change their fates forever. Yes, it all does sound like a cliché, yet Merlet’s assured helming and the great chemistry between the talented young actors provide some moments of heartfelt tenderness. Also noteworthy are Tim Fleming’s cinematography and subtle special effects denoting James’s autumnal malady.