Last year, the folks at Taste of Cinema decides to do a list of best movies that wouldn’t get nominated for best picture at the Oscars. Considering how easy it is to narrow down the best picture nominations, a list like that proved to be a little easy to compile.

So in an attempt to narrow things down even more, this list will include ten movies that are (almost) guaranteed to earn zero Oscar nominations. The fact that Bad Grandpa is an Oscar nominee proves that anything is possible, but it’s pretty safe to say that the following movies will be ignored when nominations are finally announced.

There has been a lot of put into the list because each category has to be considered. Is the Stephen King’s It destined for Oscar glory? Not exactly, but it could easily pick up a nomination for makeup. The following ten movies, however, are far less likely to pick up any nomination.

Megan Leavey is formulaic to a fault, but it has enough heart to make up for that. It’s definitely a movie that audiences have seen before, but the cast and crew clearly put a lot of effort into the little movie.

As a result, we get a movie that gets a lot right despite several flaws. These flaws, along with the summer release date, are of course what will inevitably prevent the movie from getting any Oscar attention. Obviously, the quality of the film is not dependent on whether or not it will earn any Oscar nominations. Megan Leavey is actually better than it has any right to be considering the been-there-done-that premise.

There are countless reasons as to why the movie shines brighter than one would expect. The supporting cast is strong, the dog is cute, and the inspirational true story is a definite tear jerker. Above all, Kate Mara is spectacular. Mara’s commitment to the performance frequently pushes the film from “good” to “great.” After a long string of cinematic misfires, it’s great to see Mara showing off her range and overall ability. It’s not gonna earn her any major nominations, but it definitely deserves to be remembered as the year comes to a close.

Megan Leavey is already getting overshadowed by more acclaimed movies, which means that it risks being altogether forgotten. This shouldn’t be the case. It may not be a thought provoking masterpiece, but it is a heartwarming drama with confident direction and a top notch lead performance. It’ll be exciting to see what Gabriela Cowperthwaite has up her sleeve in the future.

Terence Davies is a great filmmaker, but his movies have never been Oscar slam dunks. At this point, he’s destined to be one of the most overlooked directors of the century. The House of Mirth, The Deep Blue Sea, and Sunset Song are all excellent movies for various reasons. His latest project, A Quiet Passion, just happens to be his best movie yet. The Emily Dickinson biopic is a well-crafted tribute to one of the world’s most acclaimed poets. The overall quality of the film can be attributed to the informative script and Cynthia Nixon’s remarkable performance.

Considering the fact that the film has been so well received, it’s kind of odd that more people aren’t talking about it as a big Oscar contender. The very limited release at the beginning of the year may be the biggest issue, but there’s a bit more to it. Audience reaction has been far less kind, and while that’s not always a huge deal when it comes to the Oscars, it can certainly have some kind of effect.

The incredibly dry script and slow pacing feels odd when compared to more Oscar-friendly biopics. It’s precisely why Jackie was out while Hacksaw Ridge was in last year. A Quiet Passion doesn’t stick to the more conventional formula which ends up limiting its appeal. This isn’t to say that more formulaic movies don’t deserve major nominations. Rather, it’s simply an explanation as to why movies like this get ignored.

Of course, the release date is still the biggest issue. The April release date ensures that most viewers will have forgotten about the film by the end of the year. If they don’t outright forget about it, they’ll be too caught up in awards season hype to give this smaller movie the time of day. Along with what has already been said, there are countless reasons why this movie will fail to earn any major award nominations. However, there are very few reasons why film lovers should pass it up. 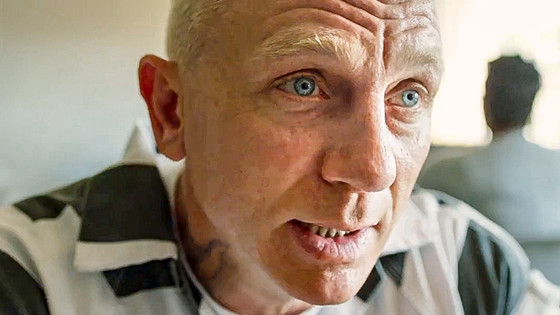 Thank goodness Soderbergh decided to come out of retirement. It’s not as if anybody seriously believed he could actually throw in the towel, but it’s still a relief to see him once again take on the genre that put his name on the map. Soderbergh perfected the heist movie with the release of Ocean’s Eleven.

The terrific ensemble cast helped bring the intelligent screenplay to life in order to create a magical moviegoing experience. After the trilogy ended in 2007, Soderbergh decided to take a break from heist movies and instead focus on several other genres. Movies like Side Effects and Contagion were great in their own special way, but it shouldn’t be surprising to learn that fans were itching for more clever crime movies.

In comes Logan Lucky to save the day. Soderbergh’s first theatrical release in four years is a hit. Thanks to a terrific cast and a screenplay with consistently sharp dialog, fans got exactly what they wanted. The actual heist isn’t as twist-filled or engaging as the Ocean’s movies, but the film makes up for that in other ways. It’s funnier, it’s more consistent, and it’s just as entertaining. Some may find the exaggerated redneck characters to be grating, but most will find them to be endlessly entertaining.

Logan Lucky is a little too laid back and goofy to warrant Oscar attention. More light-hearted movies aren’t off-limits by any means, but it’s a lot harder for them to earn recognition. There are plenty of other summer releases that are likely to beat out Logan Lucky when nominations are finally announced. It’s not deep enough to pick up any major nominations, and it’s not exactly a technical achievement either. That’s not a big deal though. This movie is too fun to ignore.

James Gray’s large-scale biopic about a man trying to find a lost city in the Amazon is beautiful to look at, but that’s not all it has going for it. Charlie Hunnam’s lead performance is the best of his career. While his career as a film actor is admittedly still in its early stages, this shows a lot of promise. Additionally, the big mystery surrounding the lost city adds plenty of intrigue for people who aren’t interested in solid performances and skilled camerawork. Basically, this is a movie capable of entertaining all kinds of people.

As with many movies on this list, the early release date is pretty harmful when it comes to any major award recognition. Anything prior to fall is pretty risky, but spring is perhaps the worst time to release an Oscar movie. We can’t simply blame the release date every time though. While the movie is incredibly well made, it’s a little too generic to stick out by the end of the year.

When it comes to the major awards, the early release movies have a better shot of getting in if they’re unique. The Grand Budapest Hotel and Mad Max: Fury Road both managed to become major Oscar contenders because they offered an experience that voters won’t forget during awards season. This is in contrast to The Lost City of Z, which is the same biopic that voters are likely to be flooded with by the end of the year.

Still, it’s hardly a bad biopic. In fact, it’s a great biopic. Obviously it made its way onto this list for a reason. However, we had to make an attempt to figure out why it won’t make an impact at the Oscars. It simply doesn’t offer anything to stick with the voters. It’s a great cinematic experience, but that early release date mixed with the lack of originality ultimately hurts its chances.

If there is one movie on this list that is absolutely guaranteed to earn zero nominations, it’s this one. This graphic French horror flick may have earned critical acclaim, but that doesn’t mean it’s going to sit well with Academy voters. It’s foreign, it’s a horror film, it’s disturbing, and it couldn’t even crack $1 million at the domestic box office. There is no way a movie like Raw could pick up a nomination. It’s basically everything the voters actively try to avoid.

That doesn’t mean it’s a bad movie though. In fact, Raw is one of the most compelling horror movies to come along in years. Though it looks to be a blood soaked mess of a film that values shocks over actual thrills, this is a movie with plenty of brains to spare. The intelligence of the film is noticeable early on when the symbolism begins to appear. While it would be unfair to ruin what these symbols stand for, be aware that Raw is anything but your average cannibal flick. To add to that, the movie is also stylish in all the right ways. The macabre visuals are certainly gross, but they’re also mesmerizing.

Deep symbolism can only push a film so far at the Academy Awards. This is still a foreign horror film capable of making the average viewer throw up, which all but ensures it’s out of the competition entirely. These types of films never end up making much of an impression on award voters, but it’ll likely stand the test of time for horror movie buffs. In the end, that probably matters more.