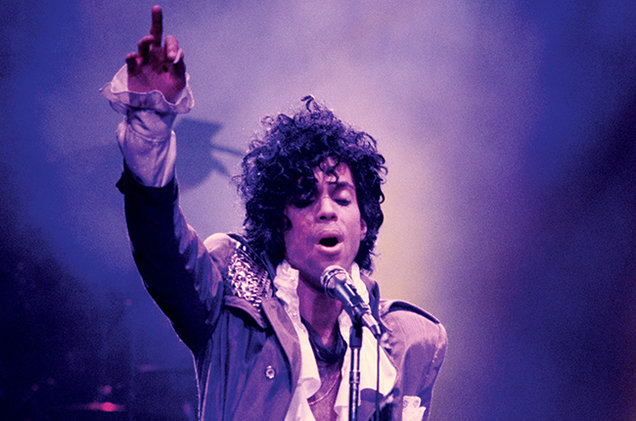 Prince had an unmistakable influence on music; that much is not debatable. What some might not know about is his work featured in and written for films.

With original or cover versions of his songs making over one-hundred appearances in film and television over the past thirty-four years, and music written for films appearing in films such as: Purple Rain, Graffiti Bridge, and Batman (1989). He never stopped contributing to the cinematic medium (either directly with songs he performed, or his songs performed by other people) throughout his long and respectable career.

While Prince was notorious for keeping his music out of the public, most of his work in film and television can only be heard through actors singing, or cover versions of the original song in question. This makes the appearance of his music in this medium that much more special when experienced in a film. 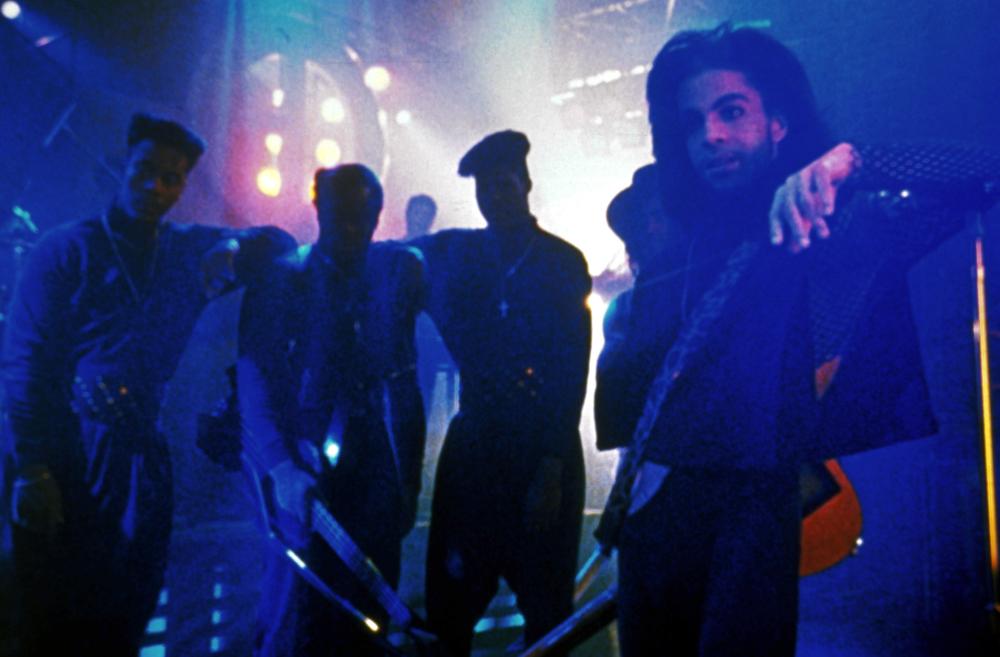 In a sequel to Purple Rain, we once again follow The Kid in his future life as a musician and club owner. When The Kid becomes co-owner of his club with his former rival Morris (Morris Day), his life’s work and career are up in the air and at the mercy of an old adversary.

After foregoing a large sum of money to Morris in order to secure the future of the clubs they own, The Kid can be seen at his lowest point. In a final stand, The Kid challenges Morris to a music battle (similar to Purple Rain) in order to reclaim his club and life’s work.

Directed by Prince, this follow-up to Purple Rain contains all the similar elements of the first film, with the campy B-movie drama typical of Prince’s movies. The song “New Power Generation” is a reference to the band which, originally existed just as an offhand reference in an older song, makes its first appearance as a band in Graffiti Bridge. Prince continued to play with NPG until a few years before his death. 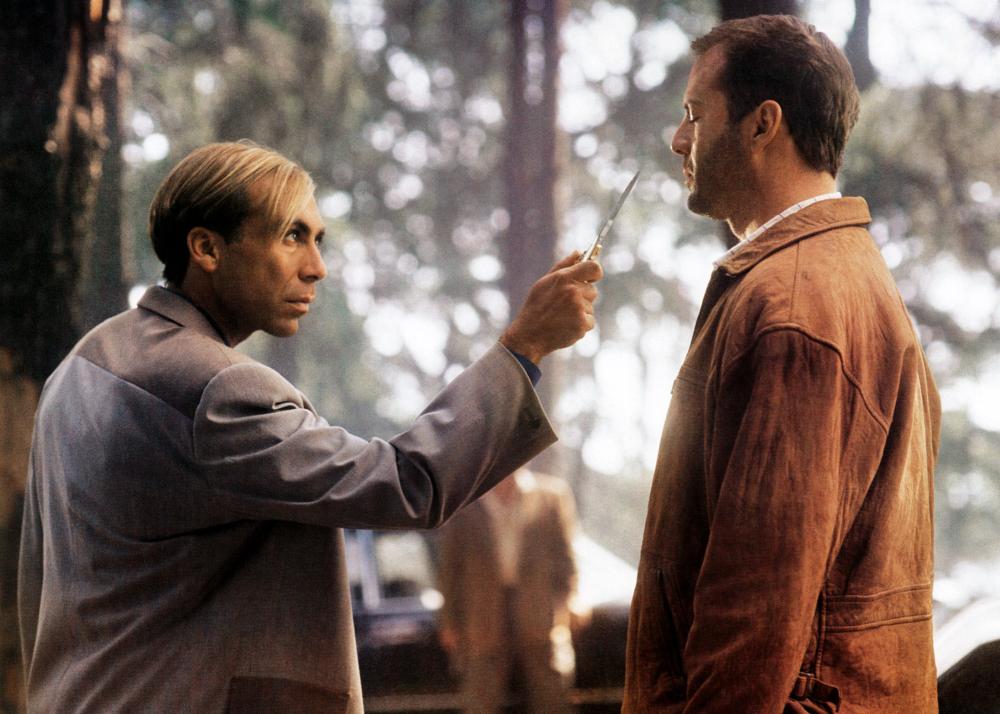 Joe Hallenbeck (Bruce Willis) works as a Private eye whose life is in disarray after his wife has an affair. Following the leads given to him he tracks down an ex-football player Jimmy Alexander (Damon Wayans) who was disgraced after gambling and drug charges. Together they manage to uncover evidence linking L.A.

Stallions owner Shelly Marcone (Noble Willingham) and a U.S. Senator to a plot to legalize sports gambling. With the Senator holding the deciding vote, and his previous rejections of bribes, Marcone opts to assassinate him instead. They join forces to overcome the corrupt backdoor bribes of Marcone and thwart an assassination attempt.

A bouncing electronic bass line and harsh rhythmic lyrics combine to create this dark dance jam. The tone and mood of the song match the gritty 90’s hard-boiled aesthetic of The Last Boy Scout. Originally from the Michael Jackson-esque music video of the same name, the appearance of “Gett off” in a studio action film with Bruce Willis serves as one of the examples in which Prince’s songs have been used in film outside of covers or his own film projects.

Nomi Malone (Elizabeth Berkley) arrives in Las Vegas after having all of her possessions stolen by the driver who brought her there. She falls in with the star and director of a Las Vegas Stardust show: Cristal Conners (Gina Gershon) and Zack Carey (Kyle MacLachlan).

After an extended rivalry with Cristal ending in her being pushed down a flight of stairs, Nomi lands the lead in the Stardust show. After being extorted and having her morals tested as a dancer she decides to leave Las Vegas and head to Los Angeles.

Fluid and swarthy, “Ripopgodezippa” possesses sonic textures conducive to the visual aesthetic of a strip club. Velvet, dark colors, dim lighting, are typical of strip club; and the velvety, subdued groove of the song matches the mise-en-scene given in primarily club settings of the movie.

As a highly sexual song, “Ripopgodezippa” makes this union a fitting combination, as Showgirls is a highly sexual film. With a large viewership at the time, this film allowed for a large audience to receive a rare experience: Prince’s music (actually performed by Prince) in cinema.

In one of Tom Cruise’s earlier roles he plays a teenager named Joel left alone when his parents go out of town. The new found freedom quickly leads to a series of events involving a prostitute named Lana (Rebecca De Mornay), a pimp named Guido, and his father’s Porsche.

In an attempt to raise the money for repairs on the car (which Lana sank into Lake Michigan) and the furniture stolen by Guido, Joel (Tom Cruise) decides to open a brothel in his empty house for a night with the help of Lana and her friends.

The eighties saturated “D.M.S.R.” (Dance, Music, Sex, Romance) provides a poppy funk song as the diegetic (background) music. The song adds comedic effect to Joel’s interview for Princeton, due to the operations of the temporary brothel perpetually interrupting the process.

Joel’s initial nervousness and frustration melts into a confident new persona as the scene progresses. This transformation in character gives new life to the song as the comedic effect fades into reverence for Joel. 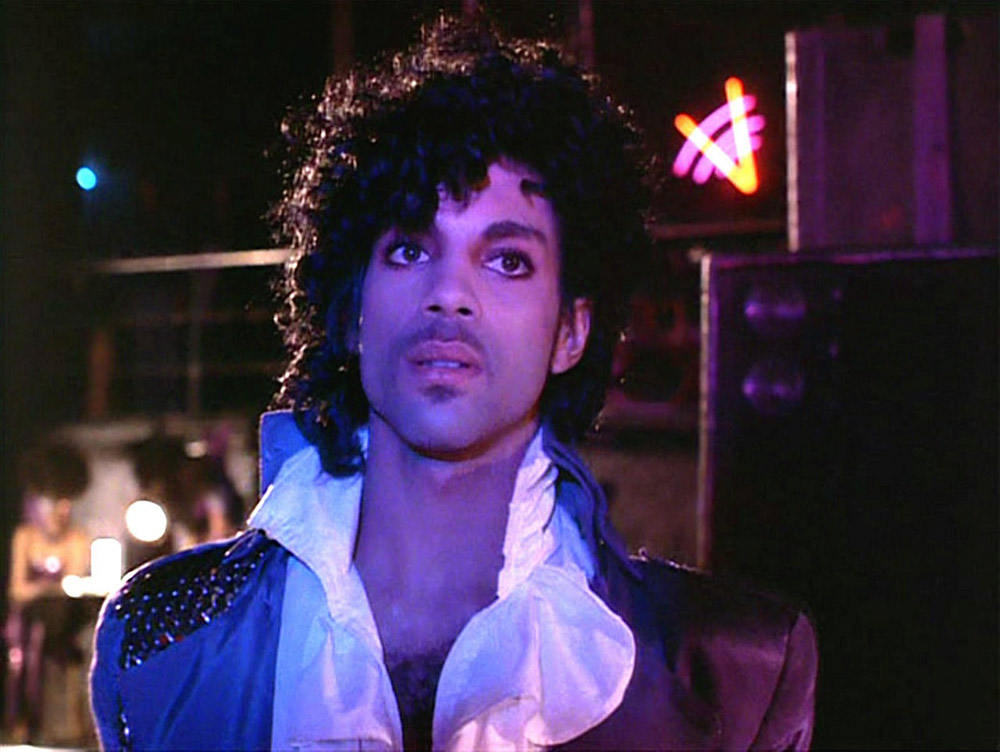 The Kid (Prince) is in a night club band competing with other bands also holding top slots at his regular venue. Knowing there is dissension amongst the Kid’s band: The Revolution, Morris (Morris Day) seeks to drive a wedge between The Kid and his girlfriend and band member Apollonia.

Through his own self-destructive tendencies, The Kid brings his relationship, band, and life to the edge of destruction. At his lowest point he uncovers compositions written by his father who The Kid uses in a new found synthesis with the other members of his band.

From Prince’s film debut, Purple Rain, Computer Blue is a song which demonstrates Prince’s musical ability and talent as a performer. The scene is nothing more than an extended performance of the song in question, with the occasional shot of Morris or The Kid’s girlfriend to emphasize the downward trajectory the main character’s life is taking at the time.

The context of this scene allows Prince’s performance to appear more vulnerable than normal, using violent gestures suggestive sexual acts he vents his frustrations in a tech-driven 80’s rock song.