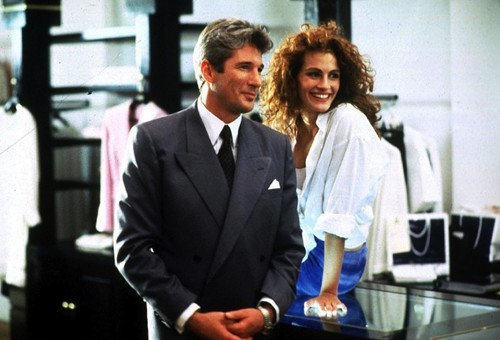 A work obsessed businessman Edward Lewis (Richard Gere) in Los Angeles becomes lost and seek directions from (unbeknownst to him) a prostitute Vivian Ward (Julia Roberts). Growing more intrigued by the woman whom he thought would be a crass drug addict; he makes efforts to assimilate her into a traditionally more well-to-do culture.

Having his harsh workaholic nature changed by his time with Vivian, Edward decides to forego a large amount of money in an upcoming business deal, embracing the simple pleasures of love.

“Kiss” is another one of Prince’s songs to appear in films and television a lot, but as cover versions. Sung crudely by Julia Roberts in the bathtub, this is the first appearance of this song in a major piece of cinema. While previously being used in small films or largely unrecognized in short lived television shows, “Kiss” being used (however sparsely) in Pretty Woman set the pattern for future covers to be used in film in the future. 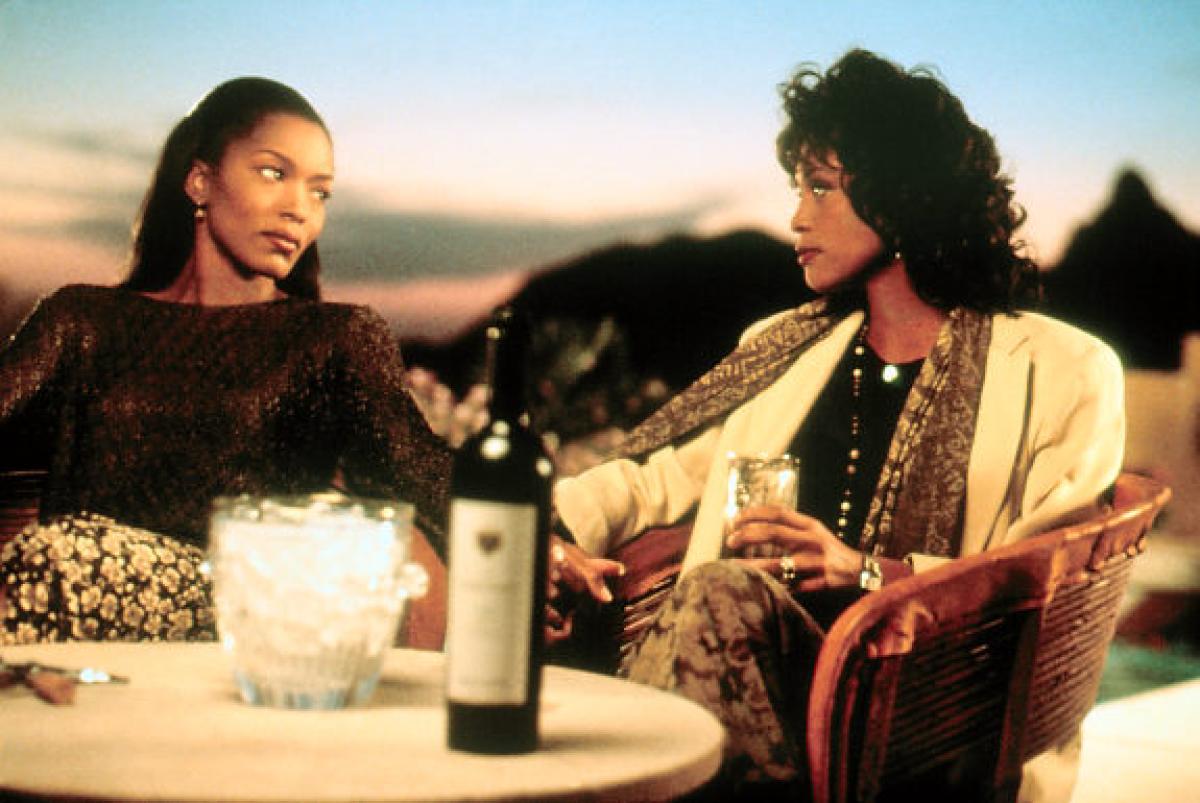 The film follows four women-Vannah (Whitney Houston), Bernie (Angela Bassett), Robin (Lela Rochon), Gloria (Loretta Devine)-and their respective lives and relationships. Each of the main characters has their own stigma and apprehensions when it comes to a healthy romantic relationship, and the audience experiences all the trials and tribulations alongside them.

For each character’s respective flaw, the film presents them with the ideal circumstances in which to overcome them. Vannah leaves her married lover, Bernie receives a settlement from her ex-husband who abandoned her, Robin becomes pregnant and decides to raise her and her married lover’s child by herself, and Gloria allows her son to travel to Spain in order to see and experience the world.

Featured in a club scene (a common setting to feature Prince’s music) the main characters are out on the town as they traverse through their own personal issues with long term relationships. The song’s frenetic horn sections and funk-inspired guitar riffs provide a sporadic energy appropriate for any party or club scene.

As with a lot of Prince’s music, the over sexualized content in hardly cryptic, and is appropriate as high-energy diegetic music in a film about four women and their romantic relationships. 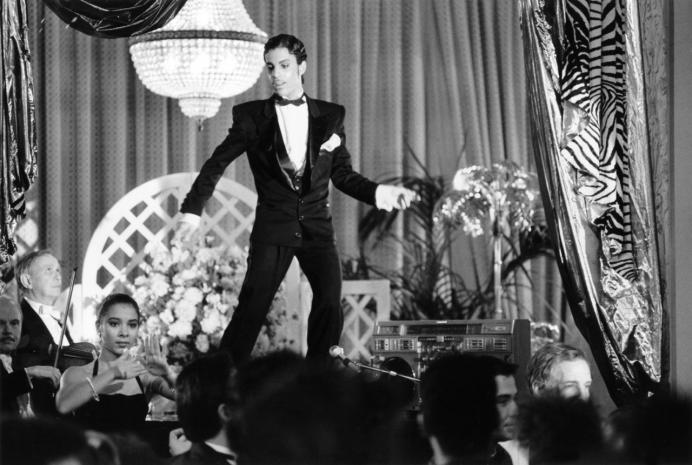 Two friends Christopher Tracy (Prince) and Tricky (Jerome Benton) are con artists who make a living by scamming women out of their money. After hearing about a young woman Mary Sharon (Kristen Scott Thomas) who will inherit fifty million dollars on her 21st birthday, they hatch a plan court Mary in hopes of the big score.

While Mary’s father proves to be an adversary, Tracy’s budding love for Mary throws another wrench into the plan. Tracy’s love for Mary causes him to admit to the con, placing both his finance and romance in jeopardy.

In Prince’s directorial debut, an antiquated culture is given second life in this throwback to Hollywood films of the studio era. The lively dance number features more traditional dance routines which transform into overly-sexualized grinding.

The flashing strobe lights, frenzied editing, and avant-garde inspired photography, all typical of a music video, fight to invade the bourgeois dining hall. All interrupted by Christopher and Mary’s father first meeting one another.

Darryl Palmer (Michael O’Keefe) is a on the rise baseball player who is nearing a record-breaking career landmark. When Darryl meets and singer named Debby Huston (Rebecca De Mornay) they are soon married and she becomes Debby Palmer. Darryl beings seeing Debby as a good luck charm demanding her presence at his games.

Feeling smothered, Debby leaves Darryl with the fate of his career still left in the balance. After a failed attempt by his team to use a double as his wife, Debby returns to Darryl in time for him to break the record.

An upbeat song drenched in sounds from the eighties that has been covered multiple times for both film and television. The earliest iteration can be found in The Slugger’s Wife performed by the female lead Rebecca De Mornay. The original guitar-driven version by Prince is replaced with an 80’s airy synth-driven rhythm. As the earliest version of the song to appear in film, its importance in perpetuating the music of Prince is plain to see. 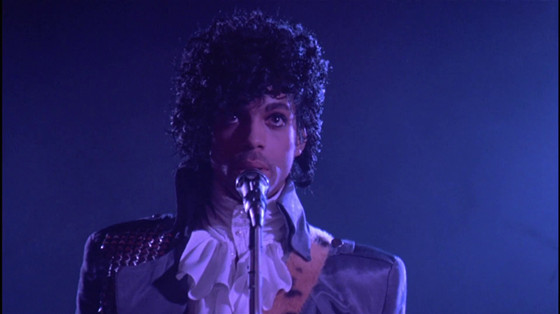 Purple Rain is a revelation in the film of the same name. At his lowest point, The Kid has uncovered his father’s lost compositions and songs, and in an effort to reclaim his life and band combines them with the work of his singer/girlfriend. The new found symbiosis between the old and the new can be emotionally felt in the synthesis of The Kid and his band. Rarely has such a pitch perfect musical finale been written or seen on film.

The titular song is dark, moody, and emotional in a manner reminiscent of Joy Division. While at the same time it also possesses an uplifting crescendo to solidify the cathartic nature of the film’s grandstanding finale. Purple Rain (both the film and the song) are iconic encapsulations of the body and soul of brilliant songwriter, musician, and performer.