Mankind has always pondered the meaning of his existence. Different thinkers throughout history have sought to establish man as maintaining a unique and significant status in the cosmos. Theologians imagine that man is created in the image of God, thus he derives his value from his likeness to a perfect being.

Aristotle argued that man is unique in virtue of his intellect, and suggests that man’s purpose is to understand and obtain knowledge, attributing man’s importance to his unique purpose. Modern science promises that the human race will continue to evolve, explore, and conquer the unknown, further affirming the idea of man as special by design.

Yet, at the other end reside those thinkers who maintain that man’s value cannot be deduced a priori. The Existentialists believe that the value or meaning of a person’s existence cannot be established independent of his own individual life, leaving the value of an individual’s life in his own hands.

Friedrich Nietzsche argued that what an individual does, and how one lives, determines the value of one’s life. Some wretched souls even believe that man is nothing more than an accident; a form of life that will end just as quickly and quietly as it began, suggesting that human existence has no importance in the grand scheme of things. These films explore the age old existential dilemma, questioning man’s significance.

Written and directed by Richard Kelly, this supernatural psychological drama tells the story of Donnie, a troubled teen who is burdened with the task of saving the universe. Donnie Darko implies that mankind plays an important role in the cosmos, insofar as it is his duty to preserve its existence.

Donnie Darko (Jake Gyllenhaal) is a troubled teen suffering from mental disturbances. One day he is visited by Frank, a supernatural being dressed in a ghastly rabbit costume. Frank tells Donnie that the world will end in 28 days. Under Frank’s influence, Donnie begins to engage in suspicious behavior. He floods his school by smashing the main pipeline, and he sets a man’s house on fire. Donnie continues to follow Frank’s wishes in hopes that he will discover Frank’s master plan.

Donnie Darko suggests that man plays an important role in the cosmos. Donnie is chosen by an unknown force to save the universe from total annihilation. Guided by Frank, it is Donnie’s task to preserve the existence of the world by restoring stability to the fabric of space and time.

David Fincher’s grim psychological thriller tells the story of two detectives, Mills and Somerset, who are investigating a gruesome serial killer whose acts of murder are inspired by the biblical seven deadly sins. Se7en examines human society at its most debased state, questioning its value.

Detective William Somerset (Morgan Freeman) is a jaded detective working in homicide. Dissatisfied with his efforts to make a difference, and disgusted with the city in which works and lives, Somerset is in the process of retiring.

David Mills (Brad Pitt) is a hard headed, idealistic detective who has recently transferred to Somerset’s precinct. After investigating a pair of gruesome murders, the two recognize that they are dealing with an intelligent, meticulous killer, whose motives suggest a twisted act of redemption for the sins committed by a degraded society.

Adopting a pessimistic view of modern man as degraded by sin, Se7en questions the value of humanity. Disgusted with society, Somerset considers leaving it behind and moving out to the country. Mills is an idealist, believing that as a detective he can make the world a better place to live. The killer aims to force man to atone for his sins, as a means to bring about change. In the end the audience, having been confronted with the gruesome realities of life, is left to ponder the question: Is life worth fighting for? 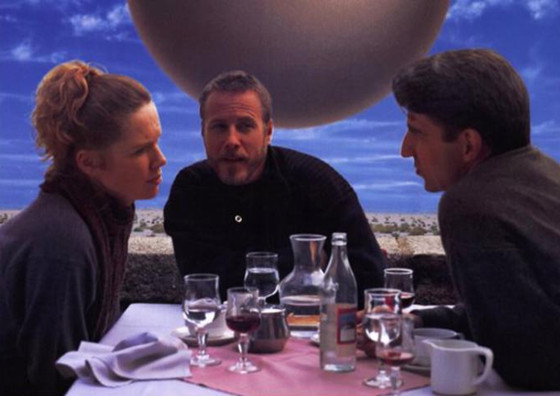 Based on the novel Turning Point written by his brother Fritjof Capra, Bernt Capra’s Mindwalk portrays a heavy conversation between two old friends and a new acquaintance, as they discuss the problems of modern society. Capra suggests that no individual perspective of the universe can grasp its infinite, unfathomable nature.

Jack Edwards (Sam Waterson) is a former presidential candidate. Disillusioned with politics, he leaves to France to visit his old friend Thomas Harriman (John Heard), an American poet living abroad. The two travel to Mont Saint-Michel to contemplate their lives. Soon they meet Sonia Hoffman (Liv Ullmann), a retired physicist, and the three engage in a philosophical discussion about modern society.

Mindwalk portrays mankind’s never-ending search for understanding the nature of reality. Individuals are forever trapped by their limited perspectives. Man spends so much time investigating the cosmos in search for some kind of truth, only to find himself. In the end, what’s important is that man lives his life and nurtures his relationships.

Inspired by his own experiences with depression, the second film in Lars Von Trier’s “Depression Trilogy,” Melancholia tells the story of two sisters coming to terms with Earth’s impending annihilation. Von Trier uses captivating visual motifs and tragic music to romanticize man’s vulnerability in the face of cosmic disaster, while confronting the idea that man is alone in the universe.

Justine (Kristen Dunst) is newly married to Michael (Alexander Skarsgard). Suffering from clinical depression, Justine struggles to make it through the wedding reception. She is unable to control her emotions and the reception proves to be a disaster. Justine’s depression is exacerbated, leaving her debilitated and unable to care for herself. Her sister Claire (Charlotte Gainsbourg) and Claire’s husband John (Kiefer Sutherland), allow Justine to stay with them, acting as caretakers.

During a conversation between Claire and her husband John, it is revealed that a previously undetected planet named Melancholia is expected to fly by Earth. Claire, having read doomsday prophecies associated with Melancholia online, fears that the mysterious planet will collide with Earth.

As Melancholia approaches, Claire becomes increasingly anxious, in contrast to Justine, who has become rather tranquil. Justine claims to know that mankind is alone in the universe, and when it ends, it will not be missed. Claire is terrified by Justine’s claims, and struggles to hold onto hope.

Melancholia suggests a pessimistic view regarding man’s importance in the grand scheme of things. It is as if Justine knows a secret: that life on Earth is totally meaningless, a truth that prevents her from taking any pleasure in living.

As Melancholia approaches, Justine becomes calm, she is relieved by the idea that the Earth will be destroyed, thus ending the absurdity of life. Von Trier challenges the notion that man somehow plays a significant role in the cosmos. In the end, man will be swallowed by a void, and the universe will continue as if man never existed. 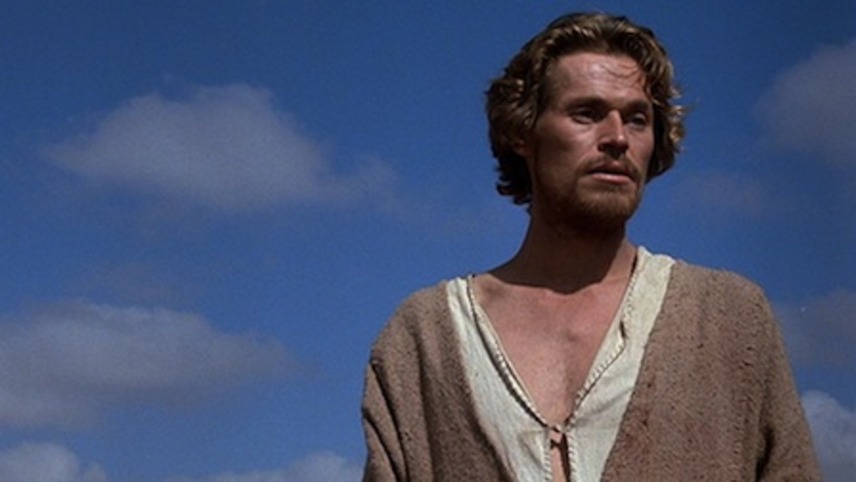 Written by acclaimed director and film critic Paul Schrader, Martin Scorsese’s adaptation of Nikos Kazantzakis’ novel The Last Temptation of Christ depicts the life of Jesus Christ and his struggle to conquer his own fear and self-doubt in order to fulfill his divine duty. Scorsese suggests that the significance of Jesus’ life is largely determined by his actions rather than his beliefs. What distinguishes Jesus from any other philosopher was faith in his own doctrine, and a commitment to practice what he preached.

Jesus (William Dafoe) is a carpenter living in Roman-occupied Judea. He makes his living building large wooden crosses for the Romans, which they use to crucify Jewish rebels. Knowing that he is the son of God, Jesus is torn between his own human desires and realizing his role in God’s plan. Once Jesus recognizes that he is the Messiah, he learns through revelation that he must die on the cross in order to bring salvation to mankind, but he must first overcome his mortal temptations.

The Last Temptation of Christ proposes that the value and importance of a person’s life is determined by their actions. Jesus was important because he lived his life according to the doctrine he preached. He sacrificed his life in order to actualize his vision, changing the way in which people practice religion.