Since the beginning of time, art was always progressing, as it was probably the only way for a person to express him or herself. For many artists, the female form has always been a source of inspiration; it’s always been in awe of the power they seem to possess.

And from time to time, sexual attraction became the art itself, and many directors express how they feel about the world by filming and writing a script about sexual disorders, which often is led by inner depression, melancholy and even apathy.

Below are directors like Lars von Trier, Pier Paolo Pasolini, and many more who were famous for their style of filming, and also for their different point of view. It’s not about sexual orientation, it’s about setting yourself free from all the clichés and satisfying your desires, even if it’s not legitimate and approved by society.

Painters and writers, such as Michelangelo Buonarotti and Giovanni Boccaccio, depicted the dark parts of human passion and sexual attractions, and not only them but almost every artist has taken inspiration from it. Below are films about sexual attractions and disorders, from Boccaccio to Nabokov, and from Joaquin Phoenix to Jeremy Irons.

As mentioned in the prologue, Pasolini has always been one of the most provocative directors, writers and public figures in 20th century Italy. Soon after World War II, he started filming while Italian Neo-realism was slowly moving on. Known for his socialistic ideology, his main objective was to somehow reject Nazism and fascism.

“Salo” is clear and quite referable to the poor dictatorship that the Nazis carried. It depicts late 1945, when the war was closer to the end, and the Nazi soldiers were doing everything to extend their reign.

Four fascist libertines round up nine adolescent boys and girls and subject them to 120 days of physical, mental and sexual torture. It is said to be one of the most horrifically graphic scenes ever made, as it explores the darkest and most bizarre corners of the human mind and sexual imagination.

The film itself is associated with Pasolini’s death, as he was murdered just couple of days after the film premiered. But still, after almost half a century, “Salo” is one of the masterpieces that was made in Italy. It takes a lot of mental and physical endurance to just sit and watch the film because the psychological pressure is very hard to tolerate.

Another controversial and provocative film from Pasolini, “Il Decameron” is an adaptation of nine stories, written by the same title, by Giovanni Boccaccio.

A young man from Perugia is swindled twice in Naples, but ends up rich; a man poses as a deaf-mute in a convent of curious nuns; a woman must hide her lover when her husband comes home early; a scoundrel fools a priest on his deathbed; three brothers take revenge on their sister’s lover; a young girl sleeps on the roof to meet her boyfriend at night; a group of painters wait for inspiration; a crafty priest attempts to seduce his friend’s wife; and two friends make a pact to find out what happens after death.

All of these stories have one thing in common – sexual disorders and attractions lead the main plot of each and every one of them, but Pasolini uses his old tricks again to satirize and symbolize the reality that he hates the most. 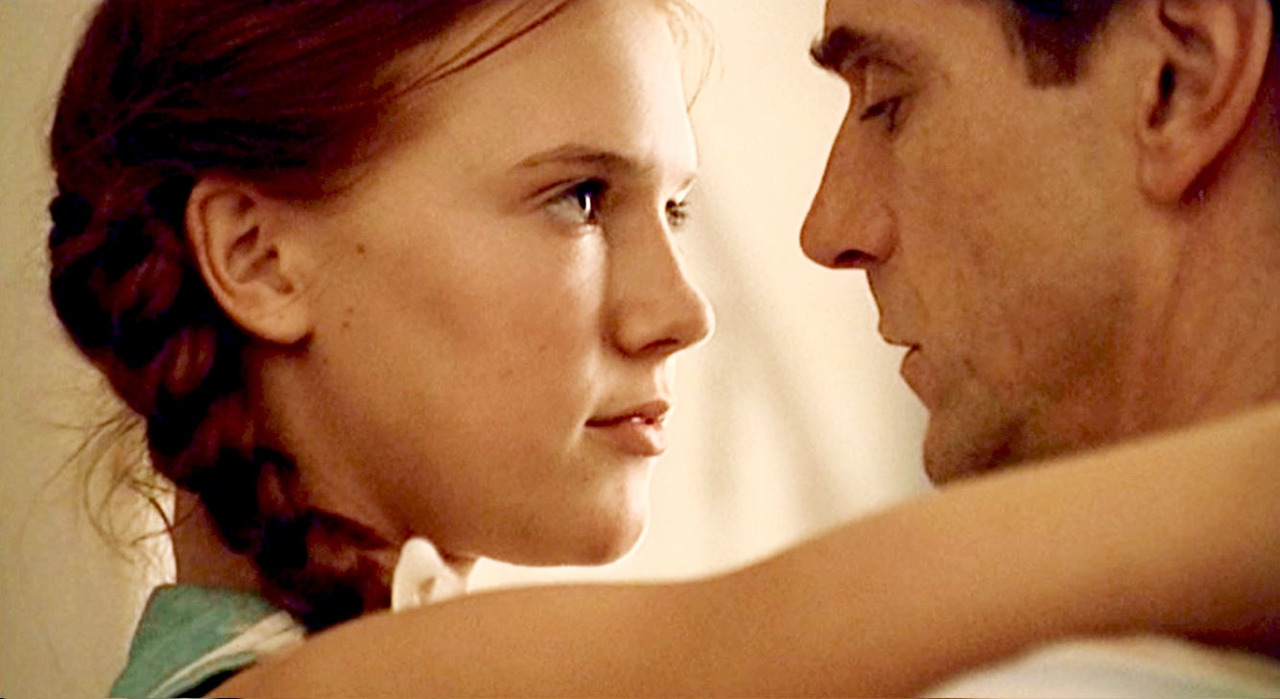 “Yellow blue vase, Ya lublu vas” (translated in Russian as “I love you”) – Vladimir Nabokov once wrote this phrase on a blackboard and told his students, “This is the most important thing that you will learn from me.”

Exiled from the Soviet Union to the United States, one of the most famous and controversial Russian novelists wrote a book called “Lolita”, which was then later made into a film, and Humbert Humbert was played by Jeremy Irons.

The main plot is about a fictional character, a pedophile, who marries his landlady just to be near her daughter, Lolita. She is a nymphette, which is what he calls little girls.

Some may think that “Lolita” is a clear example that love does not recognize age, and an etalon of the perfect relationship between two people who have a huge gap in their ages. It’s not love at the first sight; it’s a sexual attraction at first sight between Humbert and Delores “Lolita” Haze.

Probably the 21st century Pasolini, Lars von Trier is no less provocative than Piero himself. If only Pasolini had the same opportunities that von Trier has had.

Forget about love. “Nymphomaniac” is one of the most provocative and rejected films in the past few years. It has been banned from many festivals and in several countries.

We follow the life of Joe (played by Charlotte Gainsbourg), from the moment she is found by a pedestrian named Seligman (played by Stellan Skarsgård). She is a self-diagnosed nymphomaniac who tells the story of her sexual life from the first moment she had an orgasm until she fell in love. Seligman listens carefully and tries to refer it to biblical and historical events.

Director von Trier has that special something, as he strives towards passionate, vulgar and raw scenes, sometimes even hardcore. But it is never a lead plot; the main idea is the story of a tragic woman suffering from a sexual disorder, which von Trier profoundly expressed as he was living through depression. That’s why this is part of what is called the Depression Trilogy (“Antichrist”, “Melancholia” and “Nymphomaniac”).

The curtains have closed and the vain life of Joe is nothing but suffering and pain. Willem Dafoe, Shia LaBeouf, Uma Thurman, and many other actors have gathered around to take part in Joe’s voyage.

It’s a good thing that Joaquin Phoenix didn’t quit acting and never really took up hip-hop, because otherwise, Spike Jonze wouldn’t have been able to direct a masterpiece such as “Her”.

Not far in the near future, as artificial intelligence is getting more and more popular, Theodore (Phoenix) buys and installs a new operating system, OS1, which has a human intellect and a female voice, called Samantha (voiced by Scarlett Johansson). Eventually, Theodore and Samantha fall in love, and slowly Theodore gets over his divorce. They even have sex through verbal communication.

This unusual love story hits rock bottom at the moment Samantha confesses to him that she’s in love with more than 800 users worldwide. A tragic story of a middle-aged man, who’s having an affair with an A.I., hardly makes any sense, but that’s probably not the point. It’s about how honest Theodore’s feeling and passion was toward Samantha, that love has no borders, no gender, not even if one of them is real or not.