The iconic pairing from Steve McQueen and Michael Fassbender turns out to be “Shame”, as Fassbender delivers an outstanding performance of a man in his early 30s who clearly has a sexual addiction, as well as living with depression and suffering from an existential crisis.

If anything can go wrong, it will – that’s Murphy’s law and it actually always goes wrong soon after she meets the love of her life, Electra. This is a film that caused waves of criticism and a low rating, but Gaspar Noe probably doesn’t care about that either. He rarely shoots films, but when he does, the whole world goes crazy and it happened again after “Love” premiered.

Murphy and Electra try everything that’s considered sexual, and soon they break up after Murphy and their third partner have sex while Electra is away. The thing is, the condom breaks and she gets pregnant. After that, Electra is gone and Murphy is trying his best to live the life he hates, as it will never be the same without Electra.

This is another Lars von Trier film that represented sexual attraction between husband and wife in a very strange and inadequate way. One day Jan (Stellan Skarsgård) is injured and paralyzed after a car accident. He’s unable to move, and therefore, unable to have sex with his wife. Though the wife feels guilty, what makes the plot even stranger is that Jan urges her to have sex with another man in the village and then tell him how it felt for her.

It has a kind of religious reference as it questions the sinner nature of a human. God sees everything, but does he approve of everything? She is trying her best to save his husband’s life as she sacrifices herself to sexual disorders. Some may think that Jan is the sick one here, and it’s probably the truth, as she is trying to feed his sick fantasies.

Of course, without a doubt, Spanish giant Pedro Almodóvar has his respectful place on this list. His film, “Talk to Her” is a about two male friends who care for two women who are in deep comas. They devote their lives to these women, but somehow it seems more like a selfish act, as the women are not aware of their actions, and as the two men have sexual attraction towards these women.

Almodóvar tries to respect their devotion and as a director, he only shoots and describes the situation for us by not judging them and leaving the rest for us to ponder. He’s a great artist who is able to evoke such complex emotions and intimidating relationships. 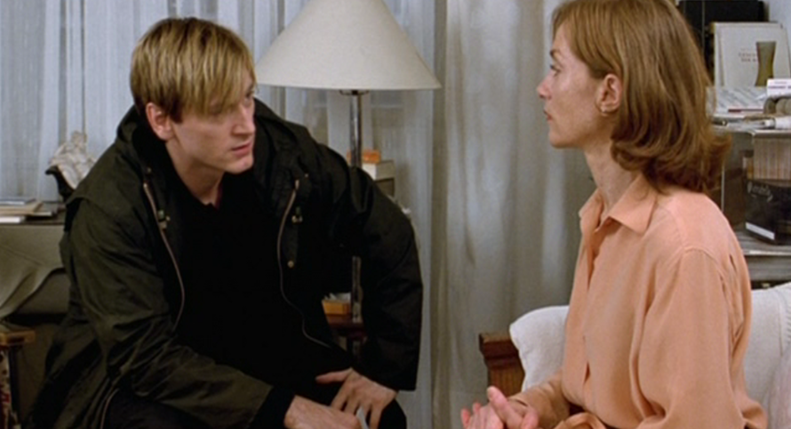 Michael Haneke is probably the lesser-known director on this list, but in spite of that, his film, “The Piano Teacher”, should absolutely be here.

Erika Kohut (Isabelle Huppert) is an almost 40-year-old, highly respectable piano teacher who lacks taste in men. She has a young, handsome student named Walter; they seem to have latent strive and attraction toward each other and can’t wait to finally have a sexual encounter.

Then, one day, they meet in school’s restroom; she shocks him with her strange behavior, and she refuses to actually have sex with him. It’s hard to find out what Erika has in mind, although Walter has a desire to sleep with an experienced, older woman, which is probably every young boy’s dream.

It seems that the movie is wrapped carefully in a package, avoiding actual sexual interactions and leaving the audience nervous until the end, waiting to finally see how Erika and Walter make love.