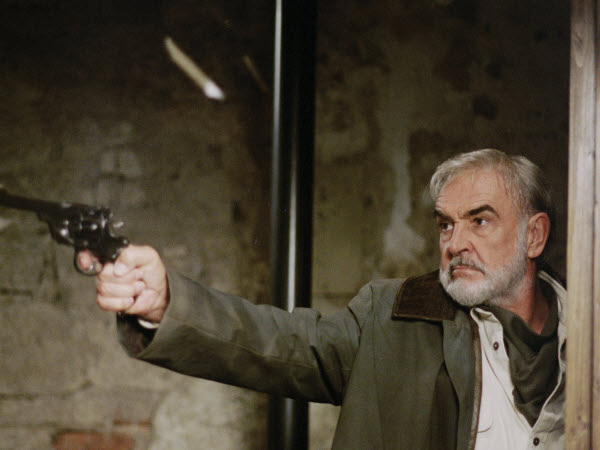 Almost every actor’s career has that specific movie they just really wish they wouldn’t have done. George Clooney has certainly maligned his own Batman & Robin, and more recently Mila Kunis admitted she has no idea what Jupiter Ascending really was about (no worries, Mila, no one has).

The stars of the 10 films on our list, however, took it to another level – not only did they reject and malign the work; they actively worked to obstruct these films to ever see the light of day.

On some cases, they were pretty successful. Even in this day and age of torrents and streaming, a few of these films only exist in the obscure corners of the internet and in a couple of clips here and there. They’re mostly bad affairs too, so maybe that’s for the best – still, it’s curious to think of why their stars despised them so much. Check them out.

Family-friendly comedy, you say, Mr. Williams! The follow-up to the sexploitation classic If You Don’t Stop… You’ll Go Blind!!! (1975), the equally outrageous and horribly titled Can I Do It… ‘Till I Need Glasses? (1977) is a series of sexually charged comedy skits that included a young Robin Williams, in his feature film debut.

The thing is: his very brief skits (under 2 minutes) were cut from the originally released version – it was only after Mr. Williams became a big star with a family-friendly image in Mork & Mindy and Popeye that the film was re-edited, and his part in it played up for the re-release.

Williams sued, not wanting his likeness associated with a film that includes a skit in which The Lone Ranger is bit by a snake in his penis and Tonto refuses to suck the venom out. As a result, we have now three different versions of the same horrible film – too much of a bad thing?

An attempt to cash in on the huge success of National Lampoon’s Animal House, this Warner Bros comedy was associated with Mad Magazine up until just before its release, when the guys from Mad actually got to see it.

It was so offensive and stupid that William Gaines, Mad’s founder and editor-in-chief at the time, actually paid Warner to remove any and all references to Mad in the film, which was originally titled Mad Magazine Presents Up the Academy.

Gaines also sent a handwritten letter of apology to everyone who wrote to Mad complaining about the movie, especially because most of its “humor” seemed to stem from the fact that one of the superior officers on the military academy depicted on the film was sexually attracted to young boys. Way creepy, guys!

Now that’s some unfortunate timing – made months before both of its stars became a big deal in Hollywood, crappy sequel Texas Chainsaw Massacre: The Next Generation remained on Columbia’s back drawer for years because suddenly Matthew McConaughey and Renée Zellweger had respected, A-list careers, and could not be seen in this travesty of a movie.

In it, McConaughey plays Leatherface’s brother, a psychopath with a robotic leg and a penchant for strangling Jerry Maguire’s girlfriend, as Zellweger plays the disgruntled heroine who spends most of the film running and screaming. Oh, and also the Leatherface family works for some shady secret organization like de Illuminati.

The film got a limited release in 1997, and then went straight-to video, where it remains largely undiscovered.

Kiss hated their own one and only feature so much that mentioning it on the backstage of a Kiss concert could get you fired from their team – seriously, they said so. By the end of the 70s, Kiss was so popular that their manager wanted them to “move beyond the music thing” – so it came the toy lines, Marvel comics, and Kiss Meets the Phantom of the Park, which went on to become 1978’s highest rated TV movie, somehow.

On the film, the band-members have superpowers and battle evil robots in an amusement park. Ace Frehley barely has lines in the script, mainly because he only addressed the screenwriters by squawking at them (honestly), and in a lot of the scenes he’s played by another actor, which is very clear because said actor is black.

The film was released theatrically outside the US, much for the band-members dismay, who pledged to never attempt acting ever again. Thanks, guys.

It’s hard to condemn a documentary for telling the truth, but that’s mostly what Lil Wayne and his managers did with The Carter, 2009’s acclaimed doc that was produced with Wayne’s full cooperation but subsequently made him sue the filmmakers for what the legal documents filed by his crew call “the zenith of corporate greed and fraud”.

All because director Adam Bhala Lough lingered on Wayne’s addiction to marijuana and cough syrup, which of course he admits to in most of his songs already.

While the lawsuit asked for US$50 million in reparations, the filmmakers counter-acted by accusing Wayne of backing out of promised interviews, not supplying archive footage that was also promised, and improperly contacting networks like MTV, asking them to snub the film. Meanwhile, of course, Wayne did eight months in jail for weapons charges.

218
SHARES
FacebookTwitterSubscribe
Subscribe via Email or RSS Feed
Pages: 1 2
No comments yet
movies sabotaged by own stars