There are a multitude of reasons the 1970s were the last Golden Age of Cinema. Restrictions on language, content, nudity, and violent subject matter had loosened and The Movie Brats (De Palma, Scorsese, Sayles, etc.) where free to experiment. As studios began to move into large budget blockbusters and more stylized productions, deeply personal films like those of Cassevetes and Mazursky fell aside. This decade of filmmaking was the zenith for several genres, including horror films.

The horror films in the 1970s were gritty and were truly terrifying. They weren’t short on sleaze as many of them went down the path of exploitation. What separates these fright fests from many of the horror movies today is the tension and anxiety that they were able to evoke in their viewers.

The hallmark of a good horror film in the 70s was the atmosphere that it created. You watch in horror as the protagonist struggles to get away from the killer. There was at least some suspense involved as opposed to the more recent genre of watching people get eviscerated. Vivisection has its place in the horror canon but there’s more to great horror than just gore.

There seems to be another shift afoot in the horror genre that focuses more on psychological terror (The Babadook) or creepy imagery over slash and gore (Insidious, Crimson Peak) but few will be able to touch the masterpieces of Wes Craven or John Carpenter. The following list contains some of the best horror movies of the 1970s. If you can track the prints down on film, you are really in for a treat. 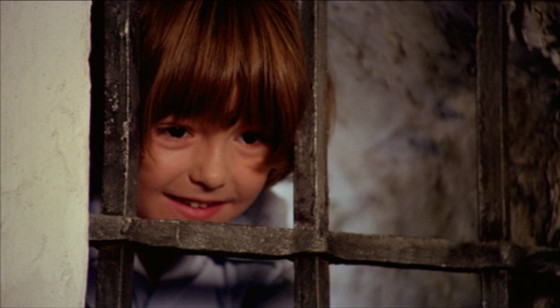 This film, aka, “Who Can Kill a Child” was released in Spain in 1976. Directed by Narciso Ibanez Serrador, this film is steeped in social commentary as well as gripping visual imagery. The film opens with documentary style footage about the tragedies that have taken place involving children over the course of time. He’s not pulling any punches here when you consider what is to follow.

An English couple arrive on an island off the coast of Spain. They find the streets deserted. There’s not an adult to be found. What they do find is that the children that inhabit the island are killing all of the adults. Tom (Lewis Flander) presents as a very sympathetic character, which makes it quite the moral quandary when confronted with the fact that he might have to kill small children.

Killer children often raise the element of fear when it comes to horror movies and the sinister looks and eerie smiles the children give Flander and his wife will send chills down your spine. Serrador does not spoon feed his audience about the origins of these children. There is an unseen force that has taken over some kind of way and that really gives it a frightening dimension. 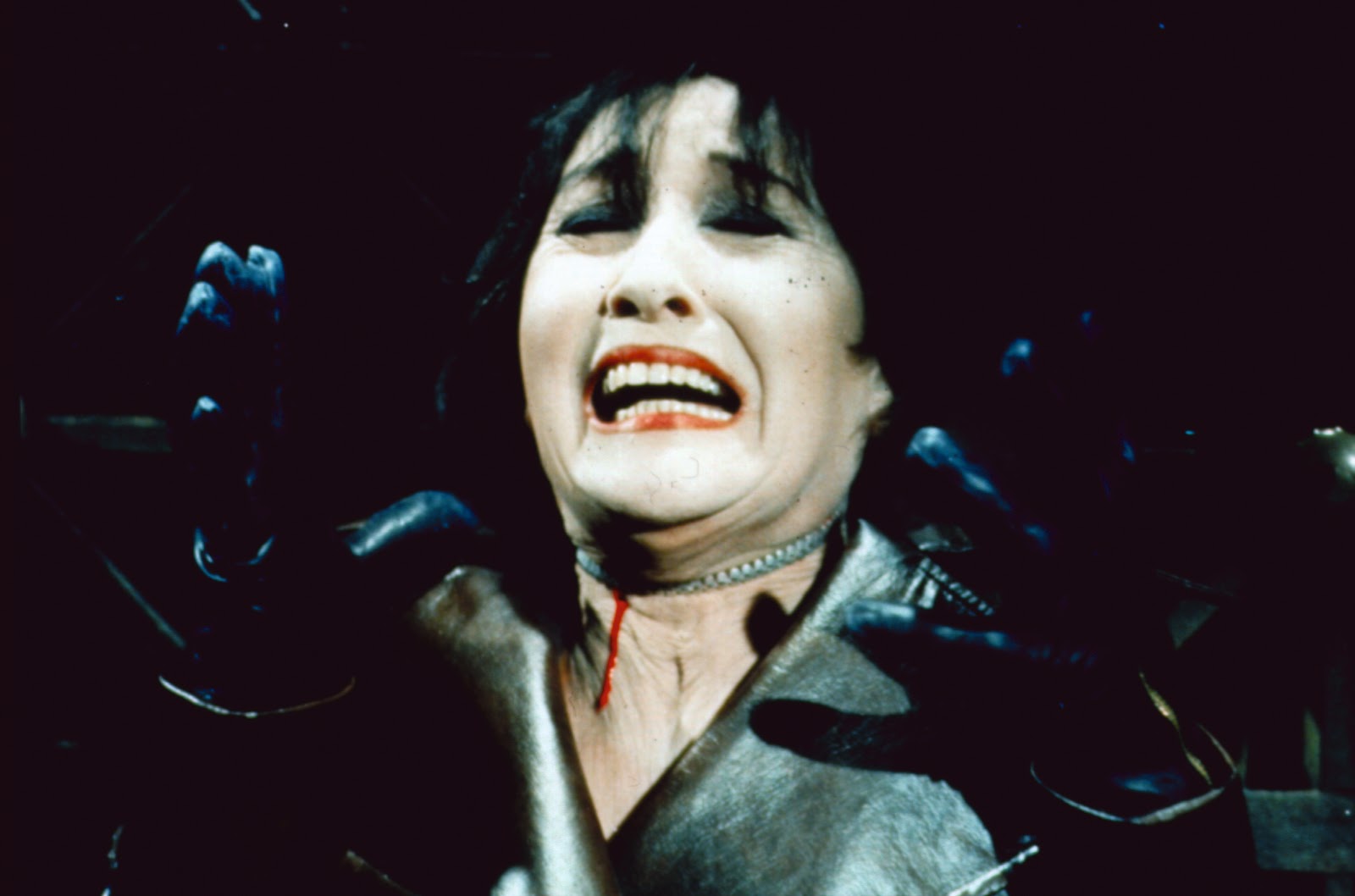 Italian giallo master Dario Argento really amps up the terror in this creepy horror flick. Also known as “Profondo rosso”, this is a deeply layered film. The score, color palette, and rich visuals add up to one of his finer efforts. Even though giallo means yellow, Italian giallo movies are saturated with red. Argento hits all the right notes with the mysterious figure in black, the grisly hatchet murders, and beautiful female leads.

During a parapsychology conference, a woman who claims to have psychic abilities reads the mind of a murderer in the audience. Soon after, she is murdered. David Hemmings plays English pianist, Marcus Daly, who tries to get to the bottom of the murder, only to become entangled in more homicides.

The lighting is garish as they are in many giallo films. Each murder is more gruesome than the last but this is well worth viewing. The subtext and engaging visuals make up for some of the looseness of the plot. Some of the scenes that don’t necessarily involve a great deal of violence are quite creepy and will stick with you for awhile. This is one you definitely don’t want to watch before bedtime. 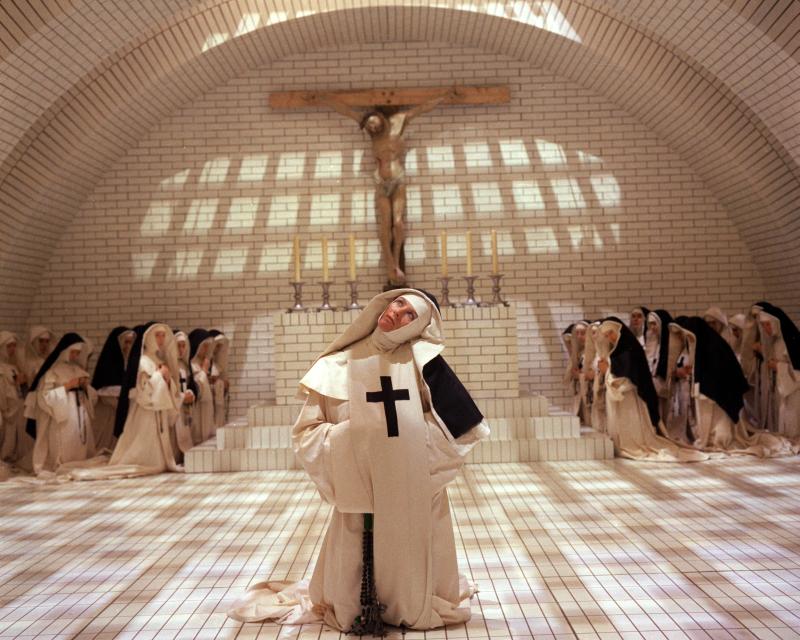 Based on a true story, The Devils looks at Loudun exorcisms during the time of Cardinal Richlieu in the early 1600s. Aldous Huxley’s research into these events was included in the dialogue, although Ken Russell created the overall concept. Visually, many scenes in the film are shocking but the brutality of what actually happened may have been far worse.

In Loudun, France in 1634, several Ursuline nuns claimed to have been visited by demons. The Catholic Church determined that Father Urban Grandier (played by Oliver Reed in the film) was responsible for summoning these evil spirits. He was subsequently tired for crimes of sorcery and burned at the stake.

This film is not for the faint of heart. Not because of the sex and violence per se, but it goes beyond challenging one’s religious sensibilities. It is meant to shock and provoke and is effective in both capacities. Above all else, the film is simply beautiful, stark, and deeply gripping. Look for this one on uncut DVD if you can.

Part of the thrill of seeing a horror film and the experience of Halloween in general is the gaiety of the day. It’s can be just as fun as it is scary. This film really exemplifies the playful side of fear. There’s a lot going on in this film that meshes aspects of fairy tales into a freaky psychosexual drama.

Thirteen year-old Valerie gets her first period just as a missionary and a troupe arrive to her town. She is plagued by fevered dreams of lusty vampires that are ready to pounce on her nascent sexuality. This is a mad, lyrical coming of age tale with many horrific elements such as the creepy priest trying to seduce her.

Equally humorous as it is frightening, the pacing and imagery keep this film moving along. It deals with themes such as Oedipal relationships, rape, and erotica. Check for this release in The Criterion Collection.

Carrie is one of the better movie adaptations of Stephen King’s work. It is also a definitive horror film from this decade. Sissy Spacek initially wanted to pursue a career as a folk singer. Her breakout performance in Carrie set her career on a different trajectory. She has gone on to receive critical acclaim for subsequent performances such as Coal Miner’s Daughter.

Carrie is a social pariah at her high school. She’s relatively naive about the world as her hyper religious mother who sees Carrie as sinful is raising her. Under duress, Carrie realizes she has telekinetic powers that she slowly but surely learns to harness. As a joke, some classmates nominate her as prom queen. You know the rest.

The implications of her deranged mother’s behavior are almost more terrifying than the film’s denouement. From the opening shower scene to the final frame, this film has De Palma’s influence all over it. This role was made for Sissy Spacek as we watch her glare, contort, and destroy everything in her wake. Ultimately, it is the horrific, iconic imagery of Carrie covered in pig’s blood that will stand the test of time.

This Nicolas Roeg film is not just one of the best horror films released in the 70s; it’s perhaps one of the better releases of the decade. Filmed primarily in Venice, each menacing scene and telling look from cast members gives you chills. Add two of the finer performances by both Donald Sutherland and Julie Christie and you have a sheer masterpiece.

John (Sutherland) and his wife, Laura (Christie) are in Venice so John can assist renovating an old church. The couple is still grieving the accidental death of their young daughter. During their stay, they run into two sisters, one who believes she is psychic. She tries to warn John that his life is in danger but he doesn’t pay any heed to the message.

The city of Venice itself is just as much a character in the film as any person. The shadows, the canals, and the structures are beautiful and intrusive all at once. There’s so much that not only messes with the characters’ heads but also the viewer. You will be questioning if you really saw what you think you did. This is one of Roeg’s finest efforts.

This entry really dials up the grindhouse sleaze factor. It is arguably one of the more influential horror films of its time as several horror movies have tried to capture the flavor of the film. A sequel was made in the 80s but the film stands on its own. Before there was Jason, Michael, and Freddy, there was Leatherface.

Five teenagers going through the backwoods of Texas to visit the desecrated grave of one of their grandfathers. They pick up a sinister hitchhiker along the way, which turns out to be a mistake. They need to stop for gas and end up stumbling across a family of murderous cannibals. What they have in store for the visitors was quite shocking for this period and still ranks up there as a terrifying film.

What stands out in this movie besides the violence is the sheer nihilism and dread. It’s horrific just for the sake of it. That’s the beauty in it. There’s no exposition laid out for the viewer the way modern cinema does it today. It’s that ever-present fear of the unknown, the feeling of impending doom that makes this such an effective film.