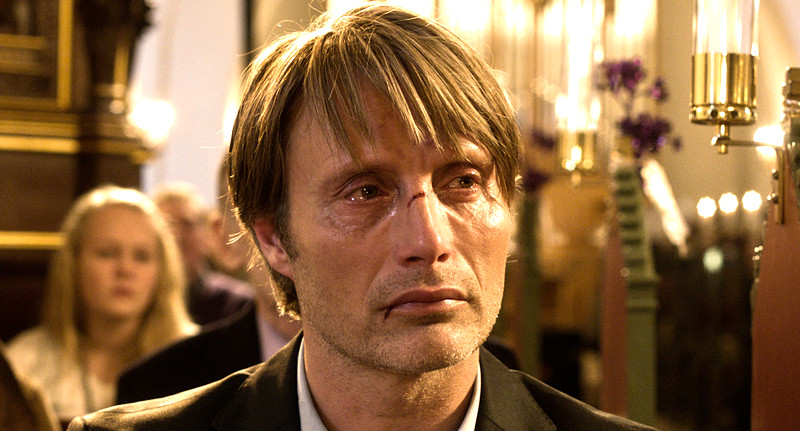 Scandinavia’s film history is unfortunately overlooked. The region is responsible for many of the most exciting and thoughtful contemporary films. From the Dogme filmmakers to lighthearted documentarians, Scandinavian filmmakers have recently created wonderful, distinct films. Inspired by the legacy of masters such as Ingmar Bergman and Lasse Halstromm, Scandinavian filmmakers create works that distinctly reflect the influences from these auteurs.

Viewers tend to be drawn to Scandinavian cinema for its dark, philosophical tone, frank dialogue, and unique sense of humor. Many attribute the distinct quality of Scandinavian films to the socioeconomic context in which these films are created. Because there is great financial support for artists in these countries, directors likely feel less pressure to create commercially successful films, giving them more flexibility and allowance to experiment.

Others attribute the current state of Scandinavian cinema to the region’s history of experimentation in film. The list below exhibits some of Scandinavia’s greatest films since 2000. While there are many great films not listed below, the intent of this list is to expose readers to a wide variety of contemporary Scandinavian films. 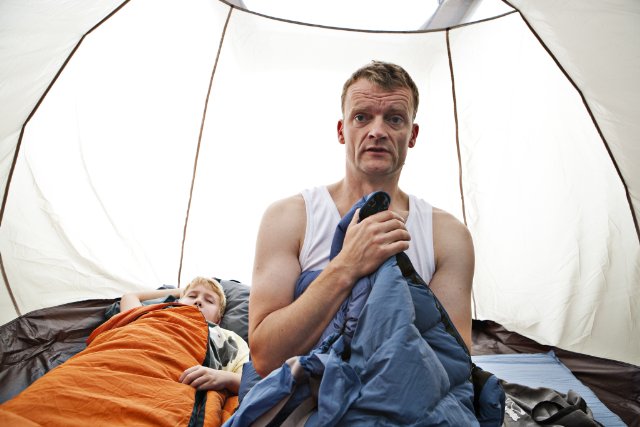 Outrageous, raucous, shocking. It is difficult to articulate just how ridiculous this film is. Based off of a television show with the same title, Klown is a refreshing take on the classic travel comedy. In an attempt to demonstrate his potential as a father to his pregnant girlfriend, Frank brings his twelve year-old nephew on a yearly canoeing trip with his friend Casper. Despite his good intentions to simulate fatherhood, Frank instead experiences a disastrous journey with his two companions.

Though one may be tempted to compare this film to American works such as The Hangover or Curb Your Enthusiasm, such comparisons do not do the film justice. This is a truly fearless comedy. Perhaps because of its Scandinavian origins, this film is willing to address comedic material untouched by or considered off limits to most American comedies.

Klown masterfully employs cringe-inducing discomfort, self-deprecation, and various taboos to craft a frank, hilarious, and surprisingly optimistic story. Viewers watching Klown for the first time will marvel at the shocking moralities of Frank and Casper. If you are easily offended, this film may not be for you. 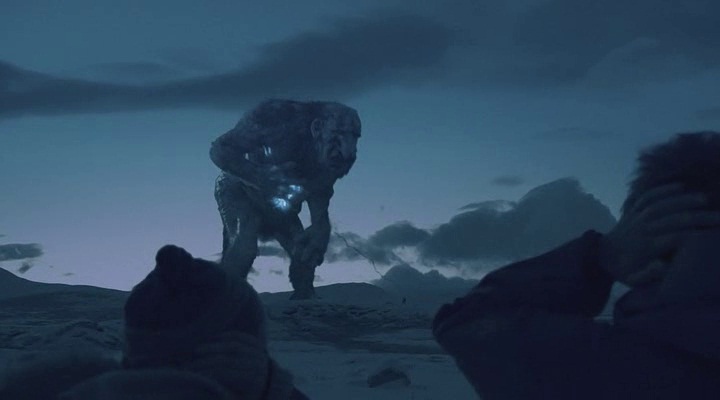 Another Scandi-comedy, Troll Hunter blends the found footage/documentary style of many horror films such as Cloverfield with distinctly Scandinavian dark, dry humor. With many references to Norwegian culture and folklore, some aspects of the film may go over the heads of foreign viewers. However, all will delight in the humorous dialogue and startling action sequences.

Troll Hunter centers around three university students, a cameraman, and Hans, a mysterious hunter of trolls, as they try to document the killing of these wild and dangerous creatures. The film can also be read as a subtle, clever critique of Norway, and the way it deals with societal problems such as the trolls. Fans of films such as District 9 as well as Scandinavian humor will delight in Troll Hunter’s unique interpretation of the fantasy and thriller genres. 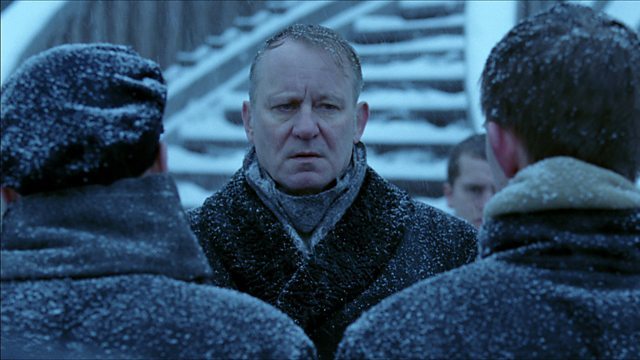 King of Devil’s Island is the harrowing story of a harsh juvenile detention center for boys on the island of Bastoy. The facility is run by the governor, played by the masterful Stellan Skarsgard of Sweden. When the treatment by the administration becomes intolerable, the boys revolt. Featuring stark imagery, cryptic dialogue, and strong performances by Benjamin Helstad and Trond Nilssen, this film is a compelling testament to courage in the face of great adversity.

Despite a seemingly simple plot, King of Devil’s Island contains a few surprising moments. There is little dialogue and the editing style moves the story along at a steady pace, without revealing too much to the audience. This film may remind viewers of films such as Lord of the Flies in that it addresses the power dynamics of male relationships, 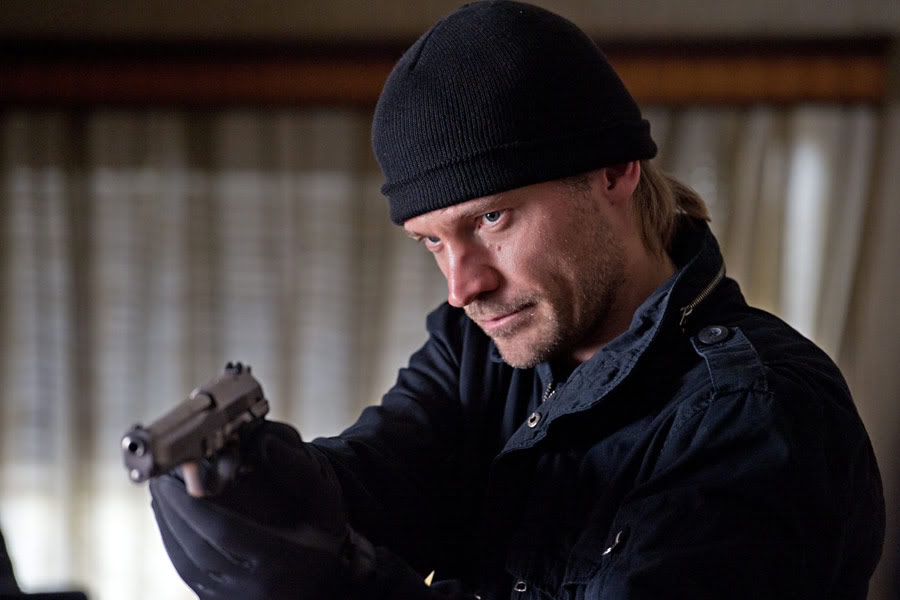 Intricate and action-packed, Headhunters is the story of Roger Brown, a corporate headhunter who steals expensive paintings in his free time. Business is booming until he steals a painting from the wrong person. Chock full of car chases, shootouts, explosions, and sex, this film may remind viewers of movies such as Scarface or the Ocean’s trilogy. However, Headhunters, for an action film, has a surprisingly complex and layered plot, with plenty of twists, turns, and red herrings.

The first of von Trier’s most recent “Depression” trilogy, Antichrist is the disturbing tale of a grieving couple who escape to a cabin in the woods to seek peace and refuge. However, rather than healing in the quiet of nature, they instead spiral into a violent psychological breakdown. With outstanding performances by Charlotte Gainsbourg and Willem Defoe, Antichrist is a powerfully provocative film about the loneliness of mania and paranoia.

Love him or loath him, von Trier certainly has a distinct style, largely informed by the Dogme 95, a creative movement led by von Trier and Thomas Vinterberg. Intended to refocus filmmaking away from large studios and special effects, the Dogme sought to return film production to the traditional elements of story, acting, and theme without overly flashy modern technology.

While von Trier has since deviated from the Dogme, which was created in the 90’s, traces of its values can still be observed in Antichrist, such as the refusal to create genre films. Antichrist blends elements of traditional genres such as horror and drama with some of von Trier’s distinct, more experimental techniques. 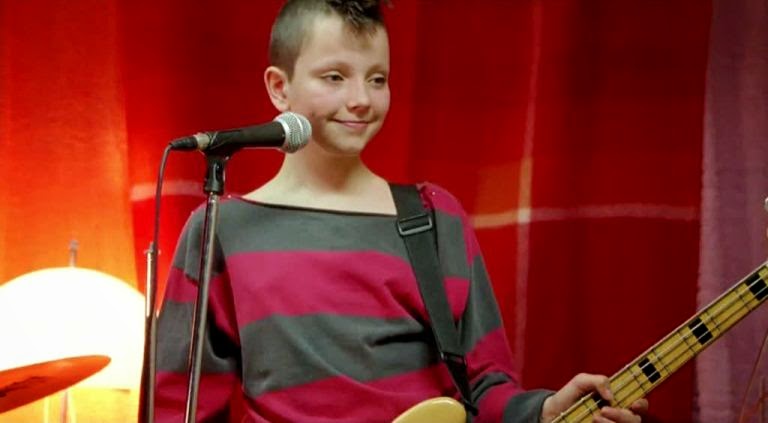 The latest from Scandinavian film hero Lukas Moodysson, We Are the Best! is the charming story of three Swedish teenage girls who decide to start a punk band. Despite having little experience, the rambunctious trio is determined to prove to the world, and fellow punks, that they can rock.

Though set in 1980’s Sweden, anyone can relate to the film’s honest and accurate portrayal of the rebellion and angst of being teenager. The natural dialogue still manages to be laugh-out-loud funny and the cinematography pleasantly captures the eclectic colors and aesthetics of punk and the 80’s.

The relationship of these three punks manages to capture all the growing pains and rebellious tendencies of adolescence. The girls begin to form their identities, discover themselves, and discover boys. They are drawn to music as a rejection of their community’s popular culture, of which they are outcasts.

With outstanding performances from Mira Barkhammar, Mira Grosin, and Liv LeMoyne, We Are the Best! will uplift audiences and remind them of their turbulent and exciting teen years. The soundtrack, full of 80’s songs and punk anthems, also perfectly compliments the films rebellious tone.

The Hunt features many of Scandinavia’s greatest talents. Expertly directed by Danish auteur Thomas Vinterberg of The Celebration fame, this film features Scandinavian regulars Mads Mikkelsen and Thomas Bo Larsen. Mikkelsen plays Lucas, a kindergarten teacher in rural Denmark. His life is changed when one of his students accuses him of a terrible crime.

Despite proclaiming his innocence, Lucas’ friends and family turn on him, all while he attempts to gain custody of his son. The film depicts the dangers of rumors and the ambiguity of truth. Masterfully written, the film keeps the audience guessing, never sure what to believe.

Through Lucas’ interaction with his community we see the horrors of contagious insanity, the gripping hold of paranoia, and the dangers of herd mentality. The explosive relationship between Mikkelsen and Larsens’ characters is likely one of the greatest moments in recent Scandinavian film history.

This brooding psychological drama unflinchingly addresses difficult material viewers may not be used to seeing on screen. The outstanding acting and gorgeous cinematography featured in The Hunt places it firmly within this list.