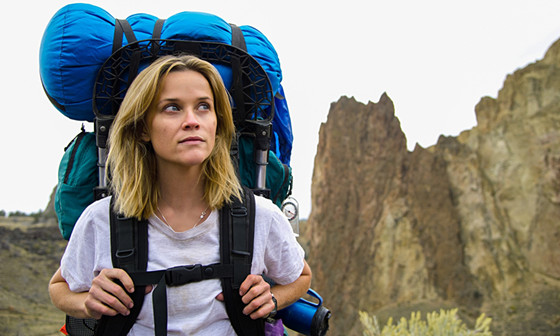 Man needs to challenge himself/herself constantly or else man will die. Whether it’s personal or professional, we are always looking for challenges; always on the look-out for obstacles we can overcome in order to prove to ourselves and to the rest of the world that we are relevant. There is no bigger challenge than surviving the wild/surviving the rugged nature.

If you can “beat” nature, you will definitely be considered a survivor in the true sense of the word. We often hear the expression “man vs nature”, “man vs wild” or “man vs the wilderness”, but the truth is that it’s only man that makes the two sides adversarial. Nature doesn’t care if you are ready or not, if you are weak or strong or if you are rich or poor.

Some of the most beautiful and visual films take place in the heart of Mother Nature and often the environment is cited as a character in a film or the unseen moralist of the movie. Just think of “Days of Heaven” or “Walkabout” and you will get a sense of the cinema of Mother Nature. But there are also those films that portray the challenge before-mentioned; the films that fit the criteria of “man vs nature”.

Whoever comes out as the winner in a challenge like this is irrelevant, but the movies that portray such challenges are very relevant. Here is a list of 25 great films that deal with the subject of “man vs nature”. The list is chronologically. 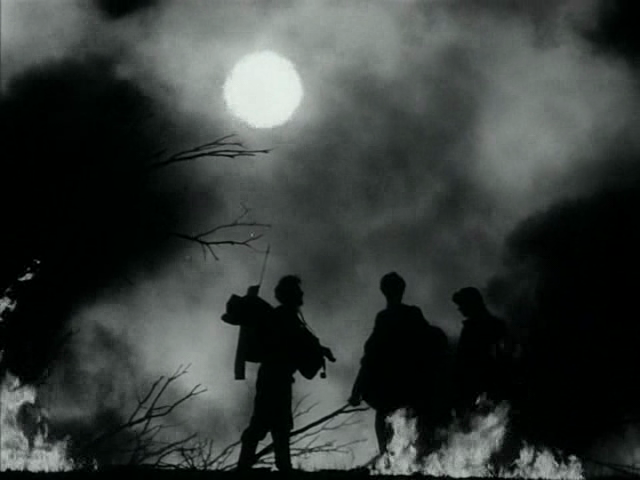 Russian cinema has always had that special something that audiences just can’t get enough of. And while it may be true that you have to be Russian to understand Russian films, this does not stop viewers and critics alike from worshiping these films. Just like Russian literature, the film medium shows a deep understanding of the human soul and human spirit and conveys a huge stack of emotion through its story, characters and images.

Georgian/Russian director Mikhail Kalatozov is known worldwide for the films that he made in the later part of his career. Perhaps his most lauded film is the war drama “The Cranes Are Flying”. “Letter Never Sent” is the follow-up film to “The Cranes Are Flying” and manages to elevate itself to the expectations that everyone now had from Kalatozov.

The film’s premise is very simple but Kalatozov finds a way to make it interesting and turn it into much more than it actually is. The story is rather just a starting point for the film, which is another beast entirely. What shines and carries the film from scene to scene is the cinematography that transforms nature into a character and a worthy opponent for our four heroes.

Nicolas Roeg struck gold with his second directorial feature as “Walkabout” is considered one of the most visually stunning films of all time. The cinematography in this film is superb (for lack of a better word) as the Australian outback comes alive during the children’s journey of self-discovery and regret.

“Walkabout” is as relevant today as when it was released in the era of the 70’s industrialization. This time around, man seems to be winning the battle with nature but that does not turn out be a good thing.

Once you get passed the fact that the Spanish explores are speaking German, you will discover one of the most amazing films there is. This film is arguably Werner Herzog’s best work and Klaus Kinski’s best performance.

As one would expect, Aguirre is betrayed by the few remaining men. “I am the great traitor. There must be no other.” says Aguirre when realizing that all is lost. One by one, nature swallows the greedy men, forever erasing their hopes, dreams and existence. 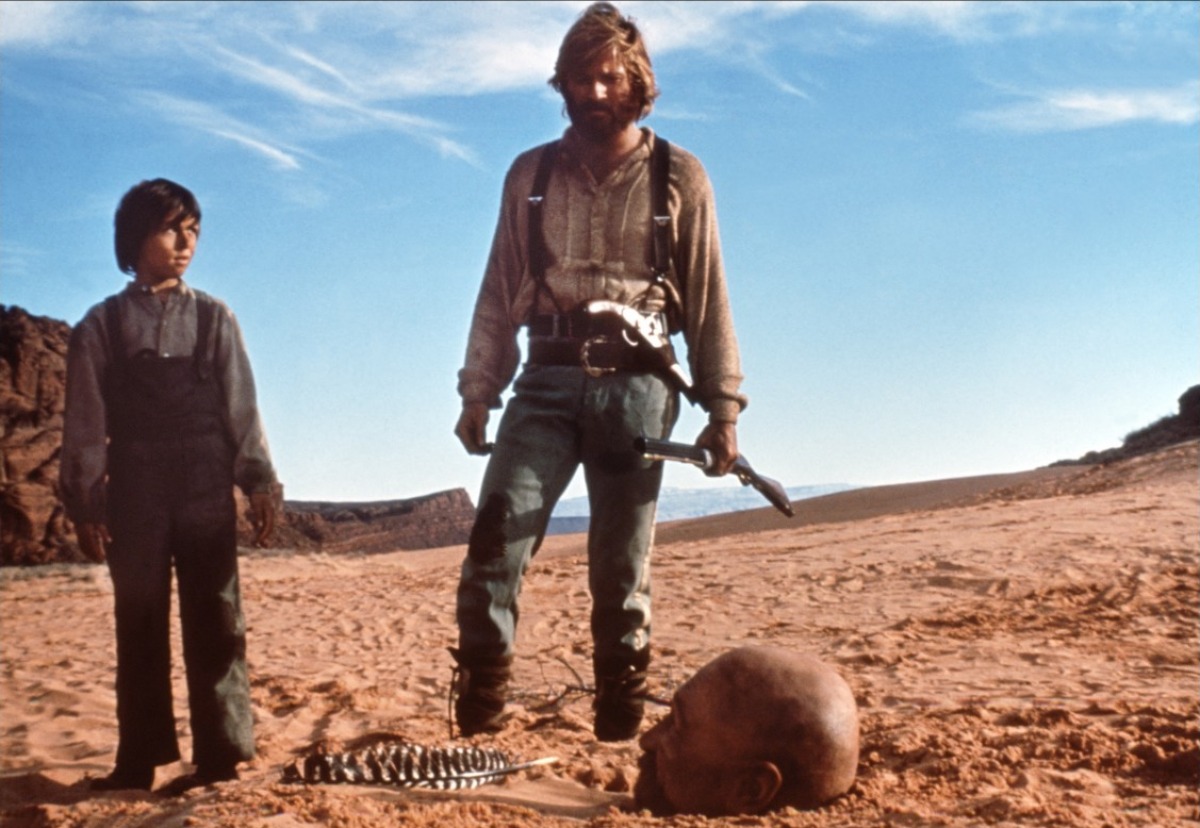 The world seems to be losing its mountain men. Those rugged, rough-around-the-edges men that stood up to the wilderness and saw a home where everyone else saw danger and discomfort.

“Jeremiah Johnson” is a starkly simple story that is very well told. The story seems a bit rushed towards the end – a collage is used to sum up his revenge on the Indians – but other than that, it does a wonderful job in portraying man’s coexistence and man’s battle with nature.

“Dersu Uzala” is Kurosawa;s only non-Japanese film and was made after the director had been going through some bad times. After 1971, his career went downhill as no Japanese studio wanted to touch his projects after the commercial failure of his recent films. He wanted to adapt the story of real-life trapper Dersu Uzala as far back as the early 50’s, but wasn’t quite sure how to adapt it to Japanese settings.

After multiple refusals from the Japanese studios, he took his project to Russia and made the film with the famous Soviet Studios of “Mosfilm”. With “Mosfilm” behind his film, he did not have to adapt the story in Japanese and shot it in its original Russian language. This marked Kurosawa’s first non-Japanese language film.

The film talks about the deep connection between man and wilderness, a bond that is sometimes stronger than the bond between two human beings. Kurosawa also tries to demonstrate the nature as an unforgiving force, strong enough to humble even the most savage of the creatures.

“Fitzcarraldo” was originally planned by Herzog as a movie in English language with Jason Robards and Mick Jagger in the title roles. Filming started in South America but after Robards became ill, production had to be suspended. Robards was out, Jagger’s character was scrapped altogether and in came Herzog’s longtime collaborator, friend and enemy Klaus Kinski.

The love-hate relationship between Herzog and Kinski that started on the set of “Aguirre, The Wrath of God” is legendary – perhaps only rivaled by the one between David Lean and Alec Guinness. The pair did five films together and “Fitzcarraldo” was their fourth. Fans could not thank Werner Herzog enough for making this decision, because now the movie is inconceivable without Klaus Kinski.

Herzog’s film is filled with fables and teaching from Mother Nature. In the end, all of his casting problems worked out for the best. There is a scene with Jason Robards that is circulating the internet. It is the scene where Fitzcarraldo wants to close down the church so he can build his opera house. The scene is good but it lacks the power and emotion that Kinski brought to the table. 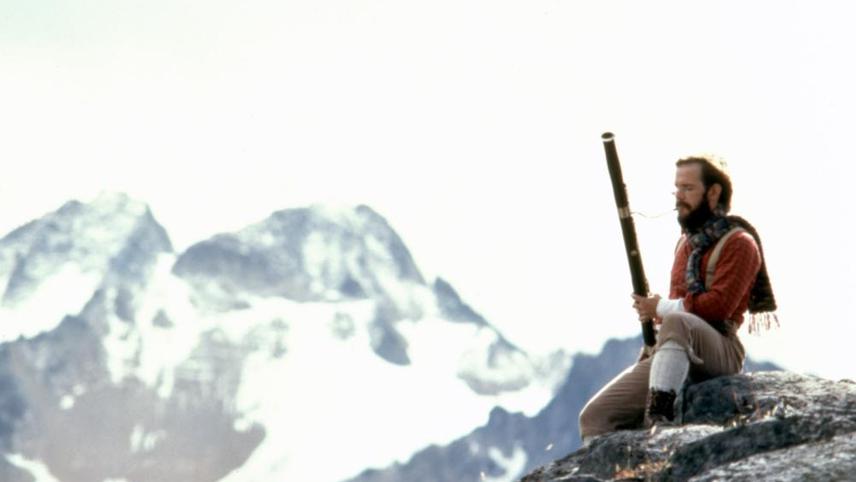 In the cinema world, Carroll Ballard is known for making films that deal with man and his relation with nature. It seems that he understands more about nature and wildlife than humanity.

At the encouragement of his classmate and friend Francis Ford Coppola, Ballard began his career with a perfect project entitled “The Black Stallion”. The movie was a huge success and Ballard established himself as a director of man vs wild films. His second feature was also highly acclaimed. “Never Cry Wolf” is the dramatized true story of Farley Mowat, a young and naive Canadian biologist. 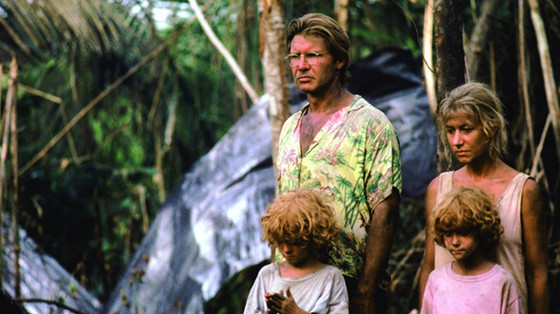 Peter Weir’s film, adapted from Paul Theroux’s novel of the same name, takes matters very literally. It literally creates, through the mind and hands of character Allie Fox, a dystopian society in the middle of the jungle.

The film stars Harrison Ford in one of his lesser-known roles that has since became a cult role as it is not the Harrison Ford mainstream audiences are used to (Indian Jones, Han Solo etc).