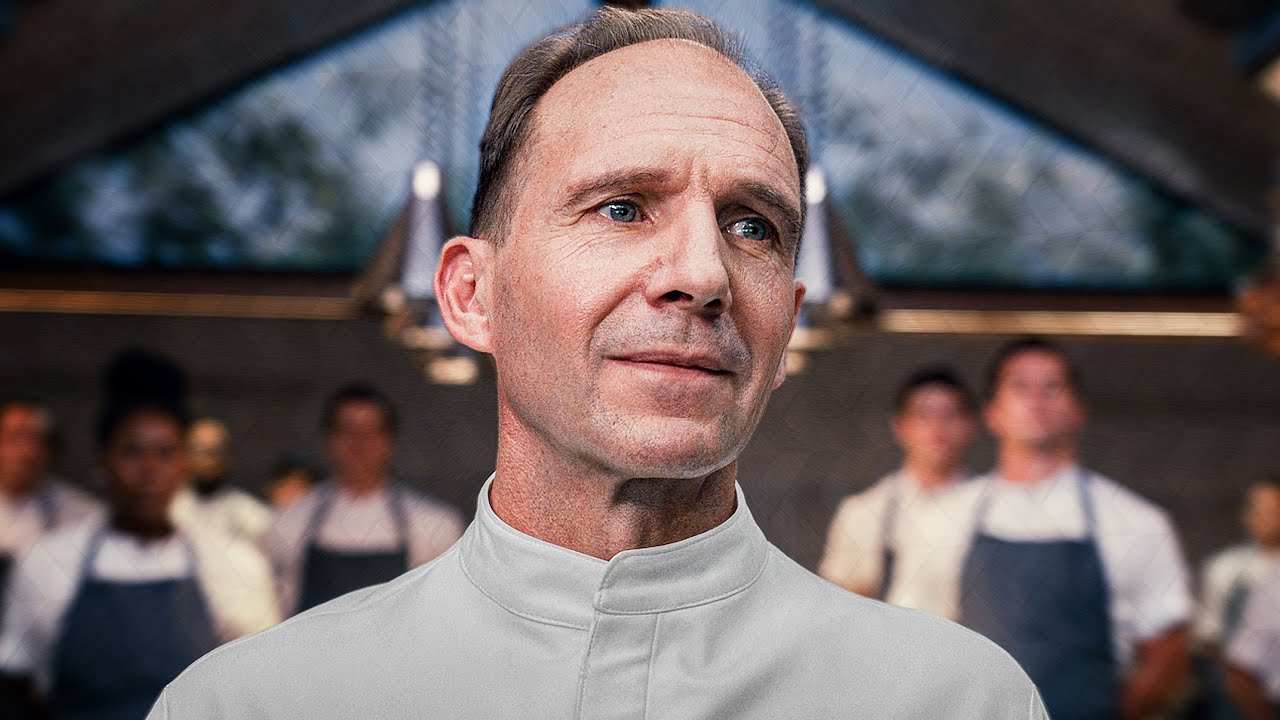 2022 was, without question, the best year for horror movies in some time. With an even mix of theatrical hits and hidden gems, there was more than enough variety for fans of the genre. This list aims to highlight that.

Below, you’ll find the fifteen best horror movies of 2022. Considering the quality of this year’s releases, there are going to be some omissions. Films like Scream, Deadstream, and The Black Phone didn’t quite make the cut, but they nevertheless garnered praise from casual moviegoers and critics alike.

The films that did make the cut are excellent additions to the genre. Some of them are future classics, while others are just really entertaining. Regardless, they are all very deserving of people’s attention. 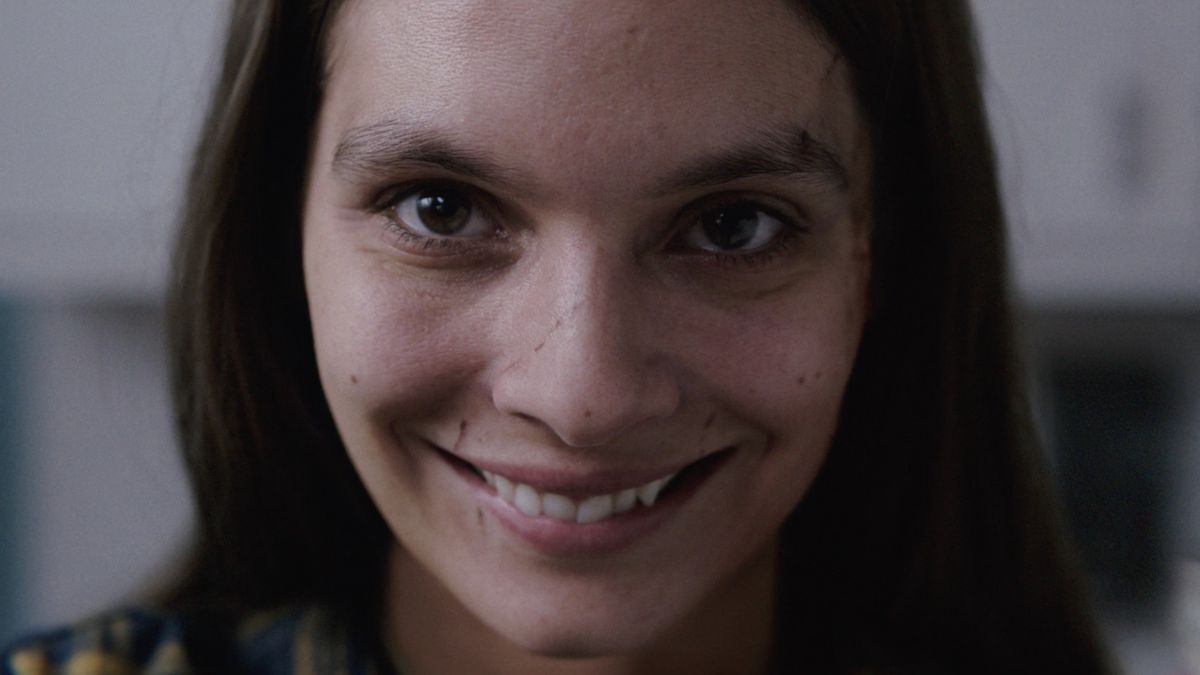 On March 25, 2020, Laura Hasn’t Slept screened at the SXSW Film Festival. The horror short, which focuses on a young girl who meets with her therapist in an effort to alleviate her recurring nightmares, earned solid reviews. Within eleven short minutes, director Parker Finn manages to build an almost uncomfortable amount of tension, leading to a booming climax that should affect even the bravest horror movie fans.

This leads us to Smile, the feature length adaptation of Finn’s acclaimed short. Given the bare-bones storytelling of the original short, Smile shouldn’t be good. The marketing painted it as a by-the-numbers horror flick revolving around a potentially eye-roll-inducing gimmick. The skeptics had valid points; how could a story like this hold somebody’s attention for nearly two hours, especially when genre highlights like It Follows exist? Well, Smile doesn’t reach the dizzying heights of It Follows, but it’s nevertheless completely competent.

Like the original short, Smile’s biggest asset is its scare factor. Finn clearly understands what makes people squirm. Horrific imagery combines with surprising thematic depth, giving us a film that pushes past its clichés. It’s still very much a Hollywood horror flick, but it offers just enough to stand apart. 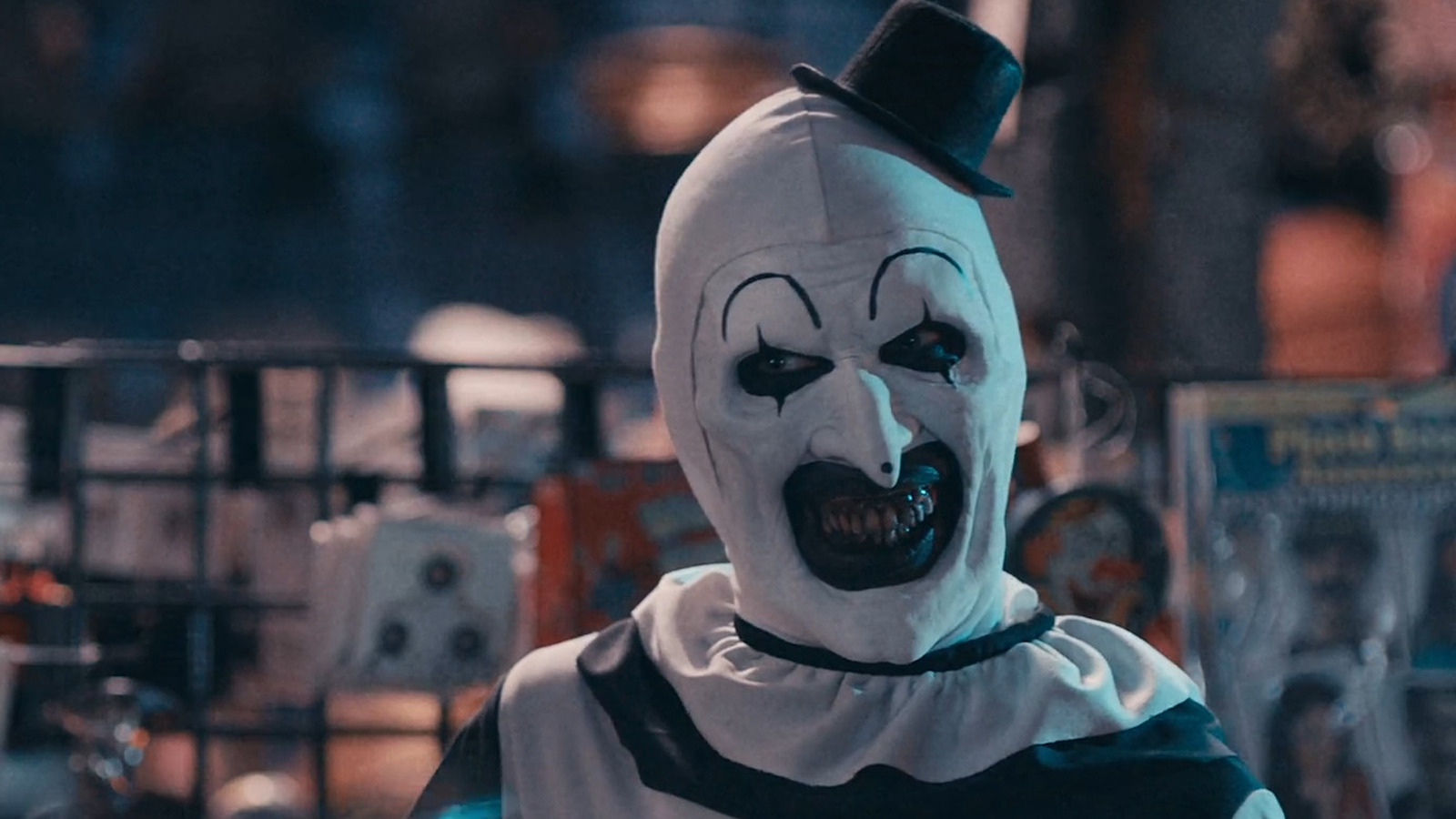 Damien Leone created a slasher icon with Art the Clown, but up until this year, he never gave the character a story worth telling. All Hallows’ Eve was an inconsistent anthology flick, and Terrifier was a narrative mess that focused a little too heavily on the misery of its female characters. Prior to the release of Terrifier 2, it was clear that Leone had some great ideas for this character, but he had no idea how to craft an interesting narrative surrounding him.

Luckily, Terrifier 2 has an interesting narrative. It might not have a completely logical narrative, but it’s certainly capable of holding the average viewer’s attention. Thanks to the absurd runtime, there’s plenty of room for things like character development and narrative surprises. Sure, there’s also room for gaping plot holes, but given the unabashed entertainment value, most people will leave satisfied.

Put simply, the film works because it’s so bold. While the first entry in the series settled on bland slasher clichés, Terrifier 2 seems more willing to take creative risks. Of course, there are still numerous grindhouse-inspired kill scenes, but there’s also unexpected universe building. The film adds a surprising amount of lore to a franchise that, frankly, doesn’t necessarily need it. It all adds up to a daring, if messy, slasher epic. 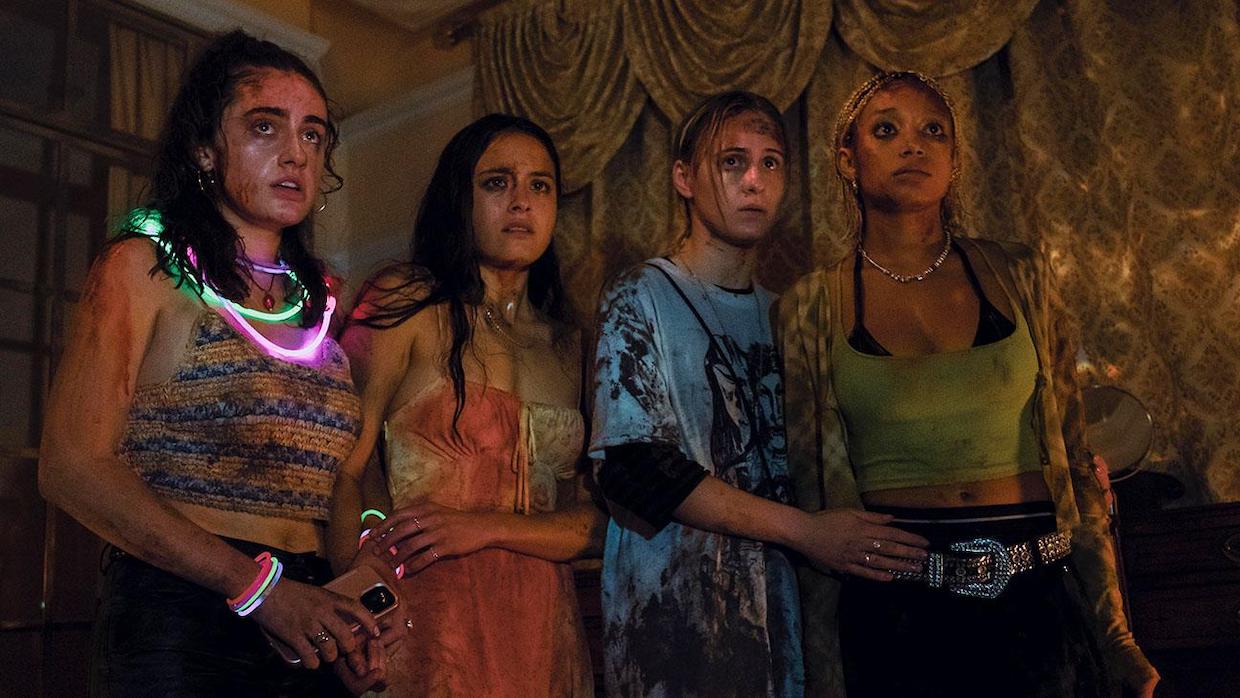 Slasher comedies always feel like a gamble. Tucker & Dale vs. Evil, for example, immediately struck gold following its release. On the other hand, you have movies that feel like personified shrugs. Films like The Babysitter and Blood Fest tried and failed to do something interesting with the subgenre. The inconsistency partially has to do with the poor critical reception of the slasher subgenre in general. At the same time, the melding of different genres often leads to a tonal mishmash that leaves viewers cold.

Bodies Bodies Bodies juggles countless subgenres and somehow, miraculously, sticks the landing. It’s not just a slasher comedy; it’s also a whodunnit and social satire. It is crammed with so many different ideas, and against all odds, it generally juggles everything successfully.

Much of the film’s success comes from the script and the cast. Sarah DeLappe’s snarky screenplay guides the way for an outstanding ensemble made up of several up-and-comers. Maria Bakalova plays a surprisingly grounded scream queen, while Rachel Sennott nails the comedic timing of each and every line. Of course, Bodies Bodies Bodies won’t send shivers down your spine, but it will keep you immersed until the credits roll. 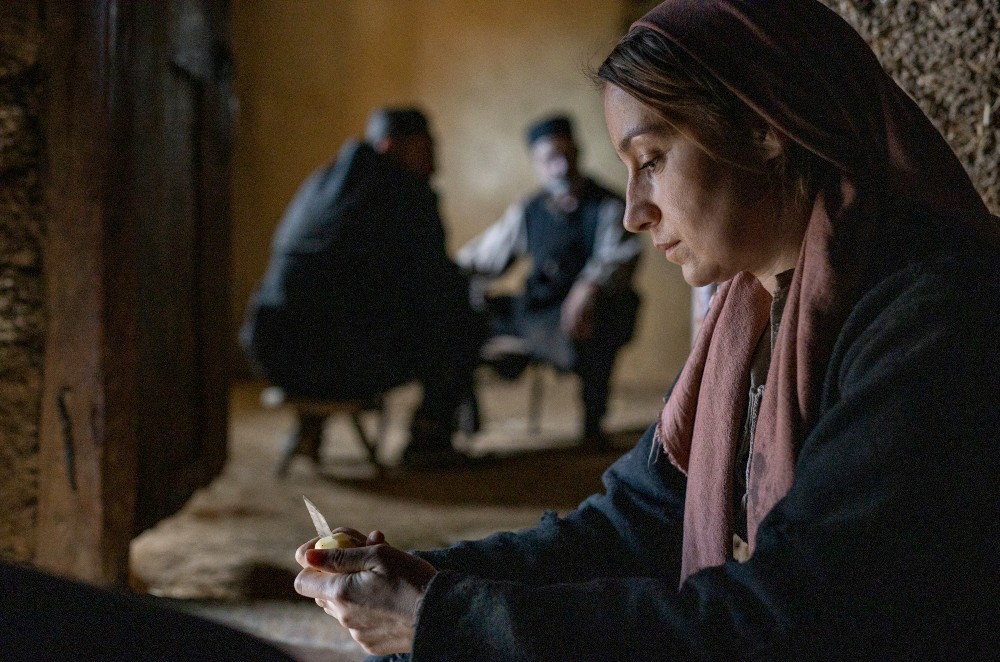 If methodical, symbolic horror is your thing, You Won’t Be Alone should tick all the right boxes. Though not scary in the conventional sense, this folk horror flick from Macedonia provides plenty of uneasy tension. At the same time, the priority is clearly social commentary. You Won’t Be Alone certainly provides viewers with a sense of dread, but it does so in an effort to analyze human behavior.

This is a meditation on humanity, and it’s a very good one. The naive protagonist, who grew up in isolation, slowly discovers what it means to be a human being. She discovers, or at least attempts to discover, why we act the way we do.

It is, like so many other folk horror films, a slow burn. It’s light on climactic moments and even lighter on dialogue. In other words, it’s made for a very specific audience. Patient viewers will be rewarded, especially if they understand what the film is trying to do. 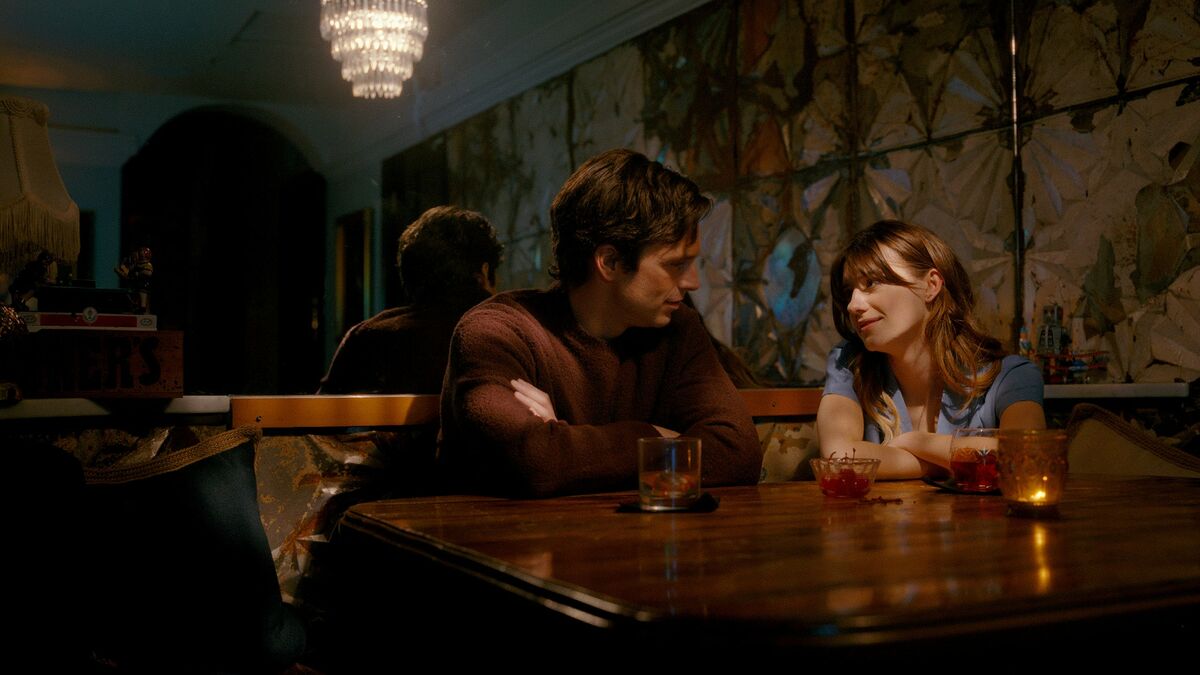 Fresh revolves around a young woman named Noa who meets a charming man at a supermarket. Frustrated with the growing inconsistencies brought about by online dating, she shoots her shot and the two quickly hit it off. When the suave stranger offers her a weekend of romance, she reluctantly agrees in spite of her best friend’s advice. From there, things take a turn.

That turn is better left unspoiled. Although it’s relatively easy to predict the various twists buried within the film, it’s still a movie that works better when viewers know as little as possible. While the various surprises might fail to catch viewers off-guard, they do a tremendous job of pushing the script forward. The underlying satirical elements are made significantly more interesting as a result of the mysterious horror elements.

On top of that, Daisy Edgar-Jones and Sebastian Stan give nuanced performances that feel right at home in this slick slice of elevated horror. When all of the elements come together, Fresh manages to provide viewers with a daring, often mesmerizing, little flick. It might not provide the big scares of some other entries, but it’s nevertheless brainy and enjoyable. 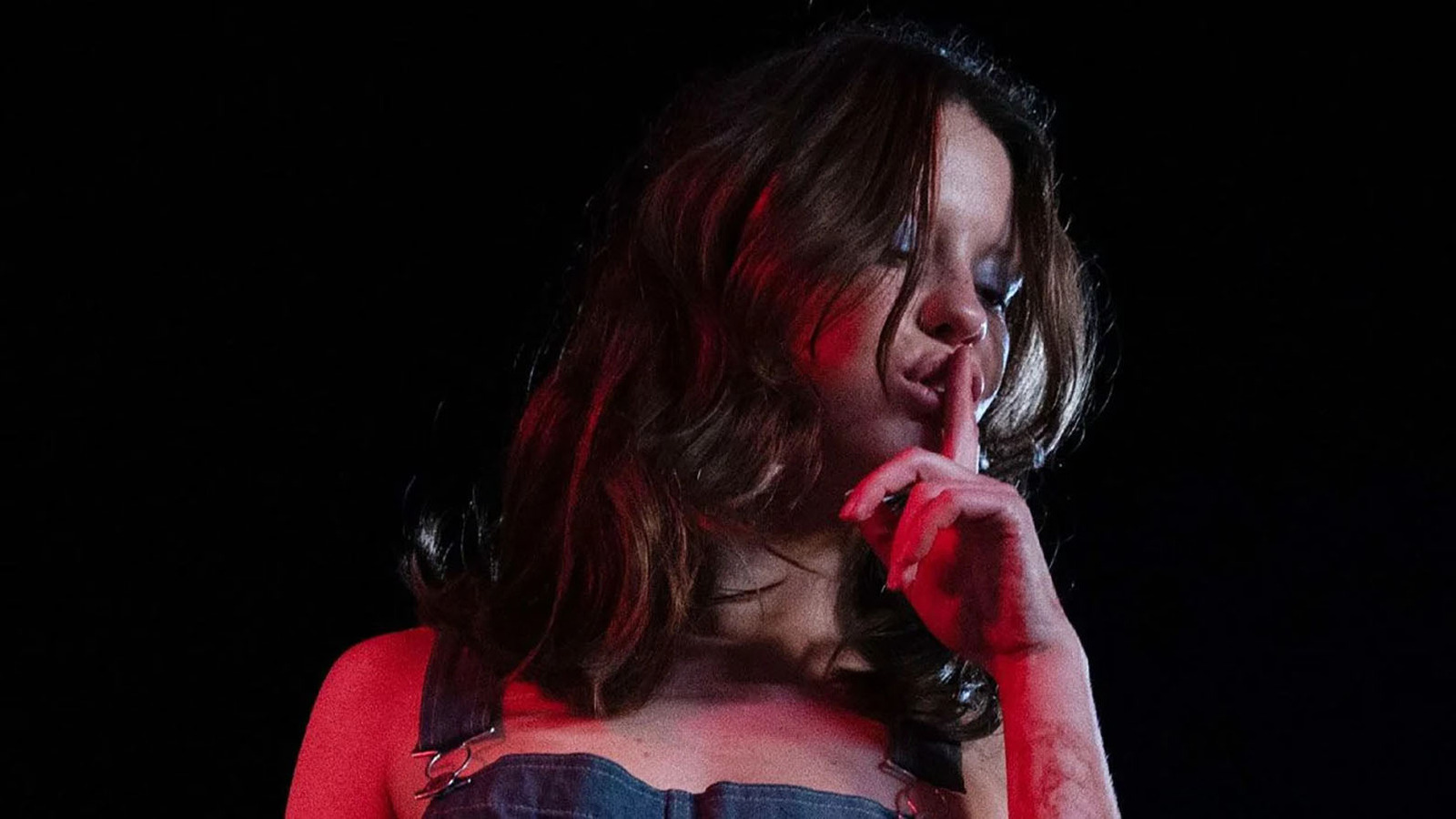 Ti West’s first horror movie in nearly a decade was well worth the wait. Functioning as a throwback to old school slasher movies, this is essentially Texas Chainsaw Massacre for a new generation. It’s violent, it’s abrasive, and it’s gritty. This allows it to work as a love letter to horror classics, but it also stands tall as a strong contemporary outing.

The actual set-up is fairly standard stuff, but the execution makes a world of difference. Yes, this is a movie that pays homage to numerous other works, but it’s also clearly a product of Ti West’s imagination. All of his little idiosyncrasies are present, and they all make this film so much more fascinating.

X is made even more fascinating when it’s paired with its prequel. As a singular entity, it’s easy to like, but as one part of a series, it’s even better. West has done so much to build this world, and he shows no signs of slowing down. With the upcoming release of Maxxxine, fans have a lot to look forward to. 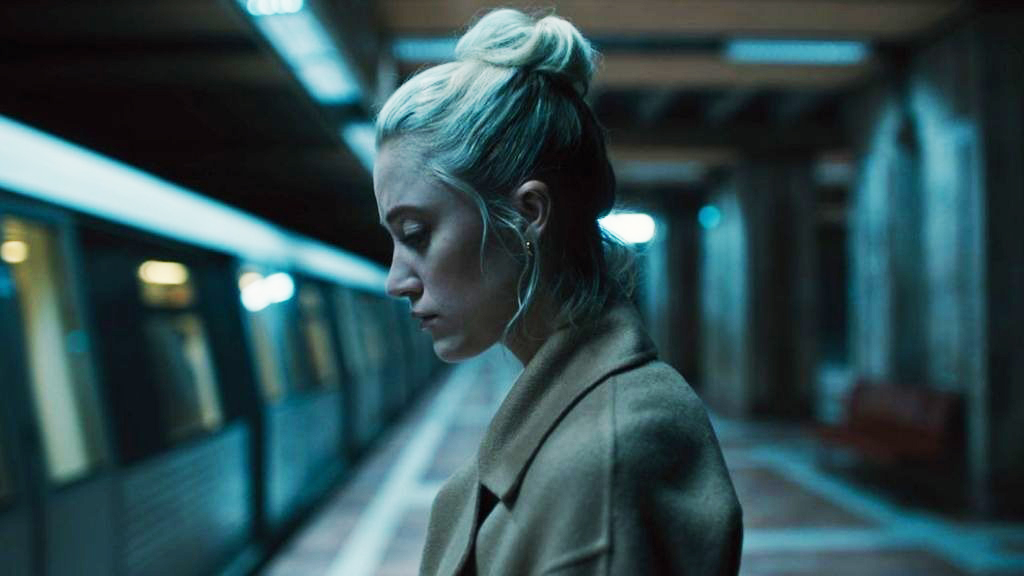 Maika Monroe earns her scream queen title in Watcher, a chilling psychological thriller with just enough horror to meet this list’s requirements. The film, which focuses on a young woman’s paranoia revolving around a middle-aged man who watches her daily, tackles familiar tropes but remains worthwhile thanks to a strong lead performance and an unsettling atmosphere.

Monroe gives a career-best performance as Julia, the anxiety-ridden protagonist whose constant discomfort largely goes unnoticed by the ignorant supporting characters. The “properly paranoid” protagonist is admittedly a well-worn trope, but Monroe’s commitment to the performance justifies the occasionally cliché story beats.

Additionally, director Chloe Okuno constantly develops a sense of dread throughout the film. Though the various plot points are easy to predict, Okuno’s ability to make viewers uneasy helps alleviate this minor problem. The haunting atmosphere goes hand-in-hand with terrific acting, resulting in a memorable thriller with plenty of bite.