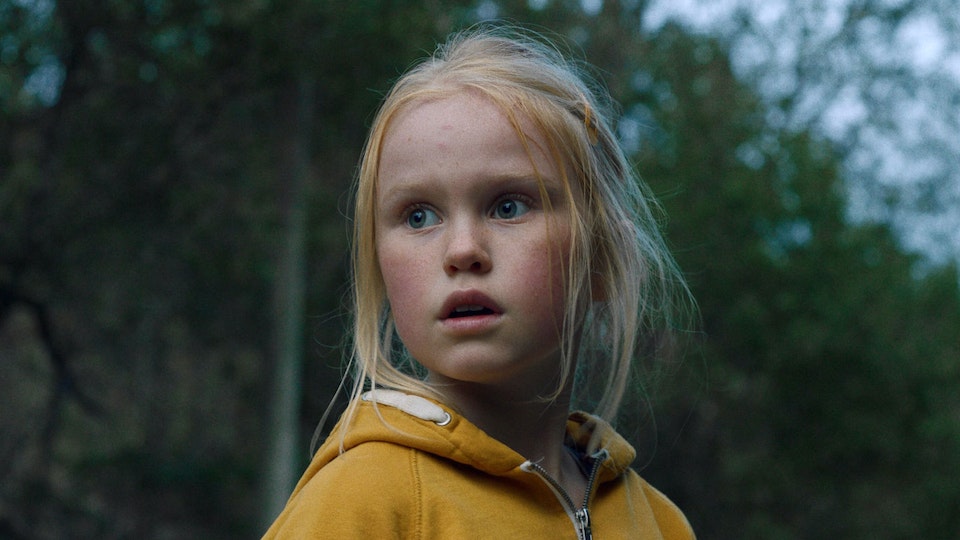 Viewers are initially introduced to a cast of characters who seem like regular kids. They have seemingly normal families and social lives; nothing stands out in particular. Eventually, it’s revealed that these kids all have special abilities, and these special abilities grow stronger when they’re around one another. At first, these abilities are just used for fun. The characters test their abilities in order to see what they can do, but they don’t immediately use them to cause trouble.

As the film progresses, the characters begin to discover how these powers can be used to gain things. These immature youngsters see this as a way to make changes. Unfortunately, these changes are not for the betterment of society. This is where the horror comes into play.

The Innocents is not meant for casual viewing on a rainy afternoon. It’s too methodical, too dense. The horror is more disquieting than anything, and that allows us to scrutinize these characters. Viewers shouldn’t passively watch the film because they’d miss the opportunity to see how underdeveloped brains can be influenced with the slightest bit of power. It’s enough to make your skin crawl. 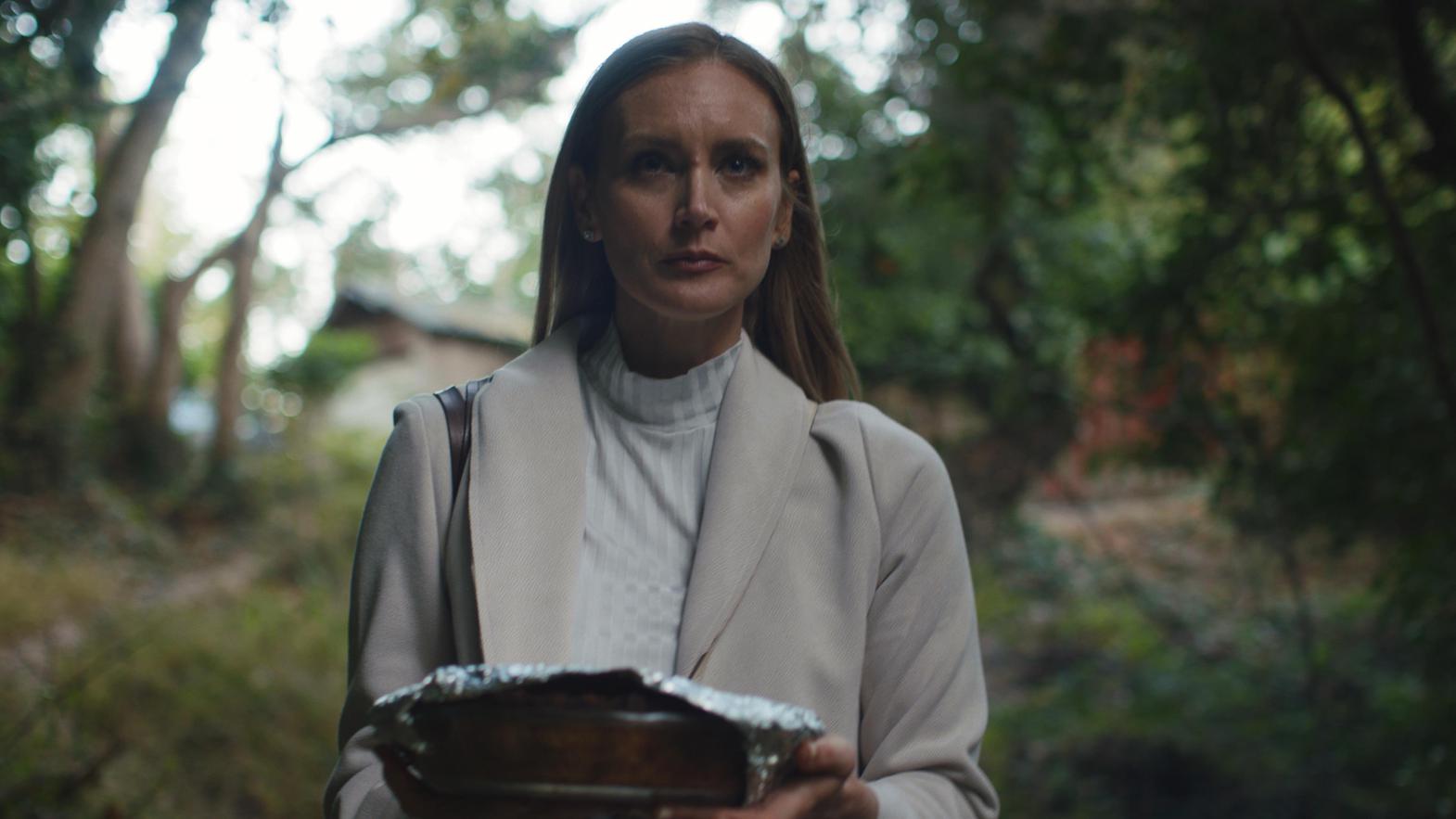 Shot in real time, Soft & Quiet hones in on a group of morally bankrupt women for over ninety minutes. It is completely uncomfortable from start to finish, and this is largely because its characters represent a very real segment of the population. The villains aren’t supernatural entities; they’re teachers, store clerks, and other working class citizens. They appear to be harmless because they blend in, but they have a particular set of views that set them part.

The authenticity of the whole experience ultimately limits the mainstream appeal. Soft & Quiet is bound to polarize. It’s stomach churning, violent, and overall unpleasant, but it’s also handled with undeniable grace. Say what you will about the exhaustingly brash characters, but first-time director Beth de Araujo brings an almost unrivaled level of craftsmanship to the table.

When you pair this with a terrific ensemble, you’re left with something that’s as unnerving as it is arresting. It’s bound to test your patience, but that’s the goal. Araujo doesn’t want you to smile your way to the end; she wants you to watch through the gaps between your fingers. At times, it’s hard not to. 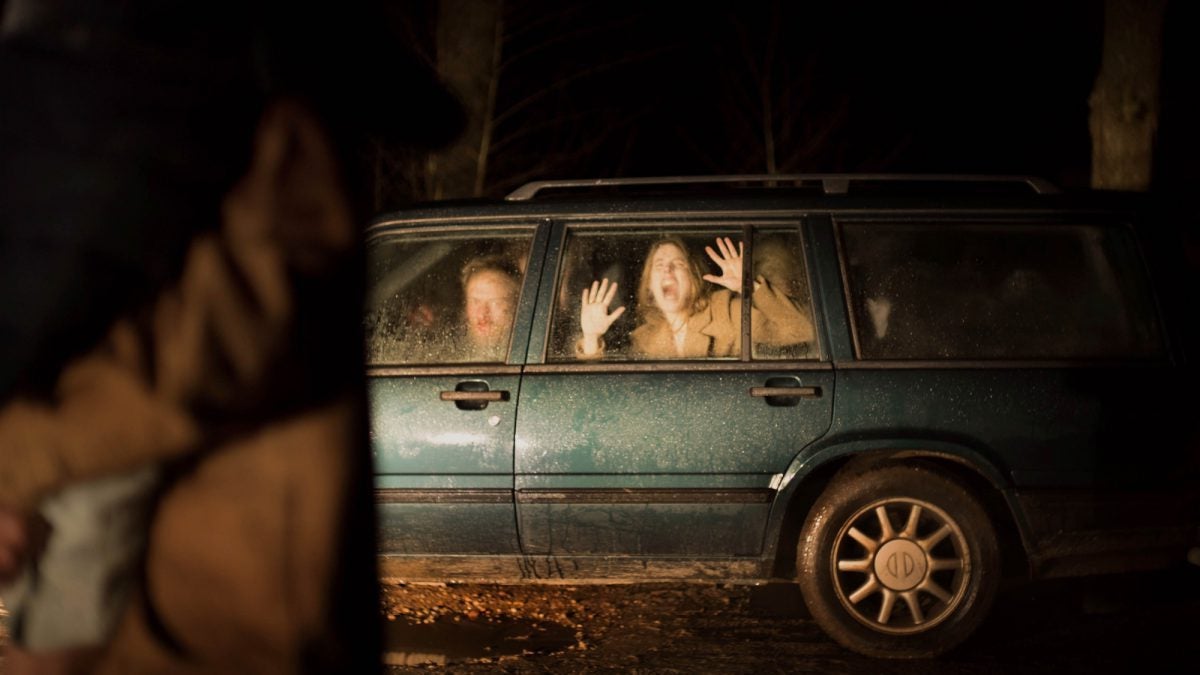 How far would you go in order to come off as a polite, agreeable person? That’s the question Speak No Evil wants you to think about. Christian Tafdrup’s disturbing satirical horror movie may be hard to stomach, but it’s also an enlightening look at the more unusual aspects of human behavior.

In Speak No Evil, viewers are introduced to Bjørn and Louise, a Danish couple who hit it off with an unusual Dutch couple. When the Dutch couple invites Bjørn and Louise over for a weekend holiday, the two feel obligated to say yes. This obligation to satisfy eventually grows more troublesome as warning signs begin to pop up. Eventually, the eccentric new friends show their true colors, resulting in a climax that will leave viewers gasping for air.

Speak No Evil is a lot of things, but it’s never predictable. The social commentary isn’t particularly subtle, but the approach to teaching this lesson should leave viewers surprised. Perhaps the pessimism will rub some folks the wrong way, but generally speaking, there’s just the right amount of mainstream appeal. It covers well-worn territory, but it also feels completely unique in its storytelling approach. The harrowing finale is just the icing on the cake. 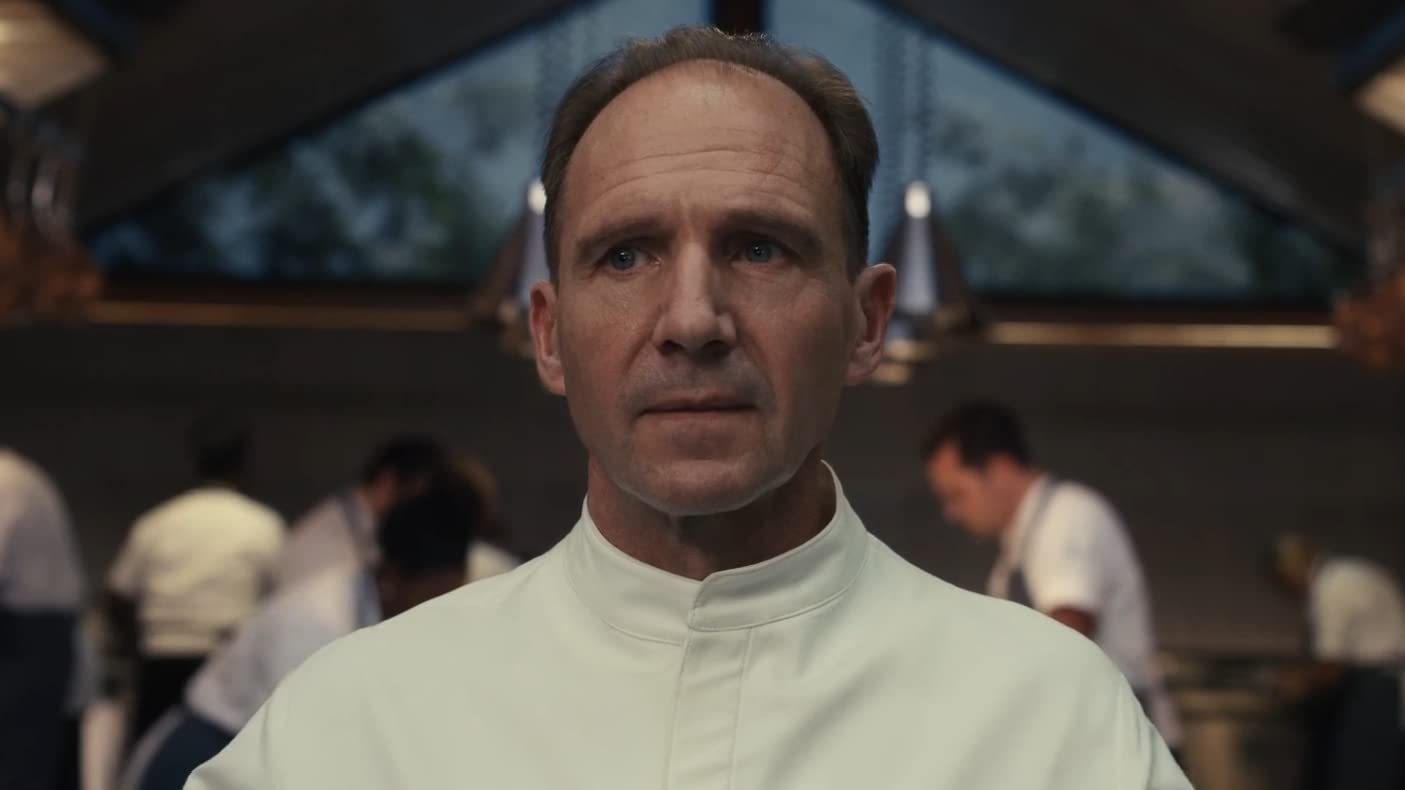 When Tyler Ledford arrives at the exclusive restaurant owned by celebrity chef Julian Slowik, he immediately lets everyone know just how big of a fan he is. There’s no playing it cool; Tyler worships this man, much to the chagrin of his date. He’s not alone though; most of the snobby guests want nothing more than to try some cherished dish from the legendary chef. The one exception is Tyler’s date, Margot.

While people are collectively losing their minds, Margot remains calm and composed. The only strong emotion she feels is irritation. She doesn’t understand why the world is so obsessed with a big-headed celebrity and neither does the audience. Most viewers will sympathize with Margot immediately, and that’s why The Menu is such a great movie.

There’s no hiding the fact that there’s some kind of twist here. This obviously isn’t about a bunch of rich people quietly enjoying their dinners. Things get progressively more bonkers as the minutes go by, and throughout all of this, Margot remains the most level-headed character.

Margot is the driving force behind the film’s big message. The Menu, like so many other recent releases, is heavily allegorical. It’s entertaining as hell, but it’s also more nuanced than you might expect. Sure, it might lack the subtlety of some of A24’s output, but there are themes begging to be analyzed.

The fun factor is an added bonus. Not only is The Menu analytical, it’s also one of the funniest, most twisted movies of the year. Due to the numerous moving parts, you’ll never be bored during the film. You’ll switch from grinning, to gasping, to applauding one after the other. 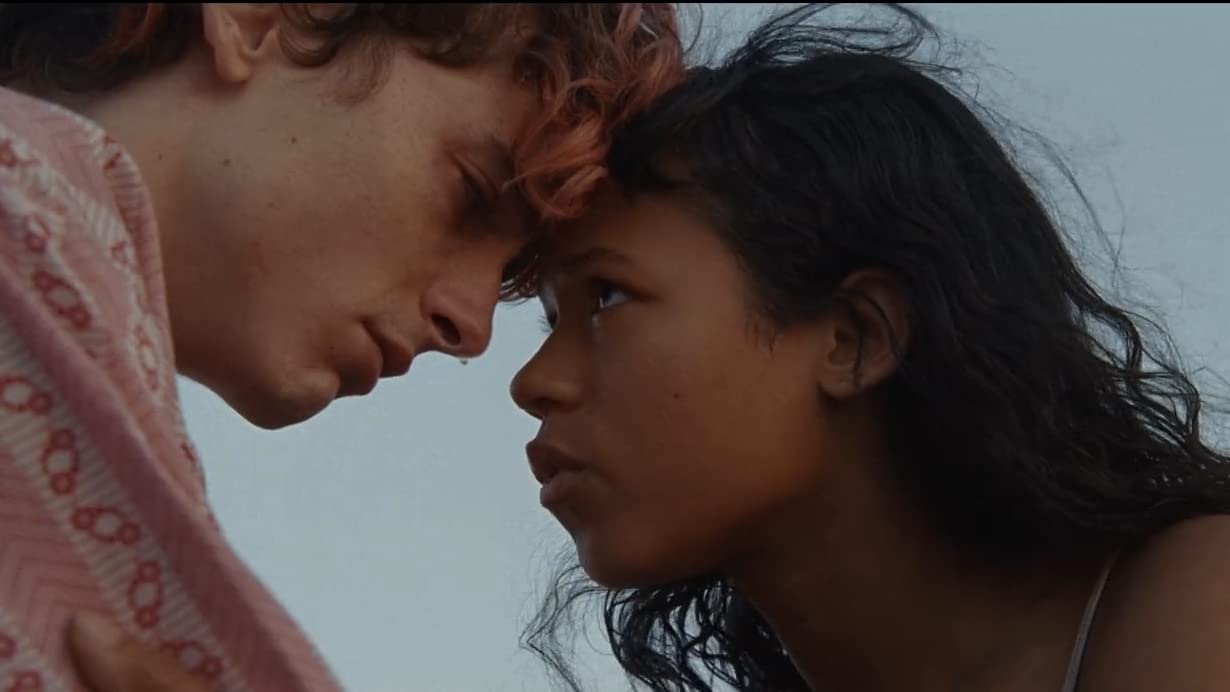 Luca Guadagnino has never been content with telling traditional stories. Bones and All could have been an ultra-violent cannibal exploitation flick filled with brain-dead victims and a light dash of romance, but then it wouldn’t be a Guadagnino movie. Rather than pumping out another Hollywood-safe horror flick, the director gives us something far more complex and intimate. Bones and All is an amalgamation of genres, tones, and styles; that’s exactly why it’s so absorbing.

The film, like the novel by Camille DeAngelis, looks into the lives of two young cannibals who develop a romance while escaping their small town lives. Unlike most fictional cannibals, these characters don’t choose to live like this. Think of them like vampires; they have to feed on humans in order to survive. This unfortunately leads to countless complications that haunt them throughout the film.

Basically, the protagonists aren’t meant to be evil. They, like everyone else, have to learn how to navigate life. See, Bones and All fits into the broad category of “horror,” but it’s also a coming-of-age love story. Viewers are meant to care for these characters because, cannibalism aside, they are dealing with relatable issues related to growing up.

At the end of the day, this is a raw, human story that happens to be about flesh eating young adults. Bones and All is less concerned with scaring viewers and more concerned with tugging at heartstrings. It’s poignant, bold, and one of the best horror movies of 2022. 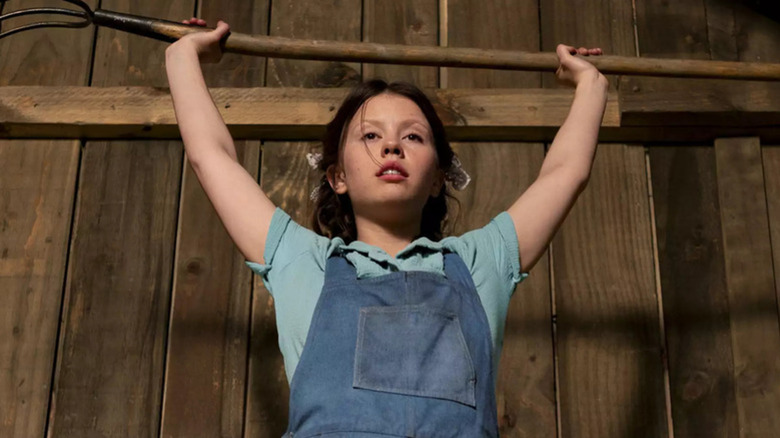 Two words – Mia Goth. That’s all you need to say about Ti West’s sublime follow-up to X. Goth doesn’t just give one of 2022’s best performances in horror movies; she gives one of the best performances of the year, period. After strutting her stuff in the previous film, the young actress proves to be an absolute force this time around. She completely transforms into the tragic protagonist, entrancing any viewer who may doubt her.

While her performance is technically all you need, Pearl is actually an all-around stellar motion picture. West and Goth wrote a hell of a screenplay revolving around a character with more layers than you can count. She’s not a faceless, voiceless serial killer. She’s a melancholic young woman trying to escape the monotony of everyday life.

This characterization leads to complex themes about family, fame, and mental health. While X was more focused on grimy and exploitative horror, Pearl wants to dig into the titular character’s psyche. It wants to analyze the inner-workings of such a labyrinthian character, and it succeeds almost effortlessly. 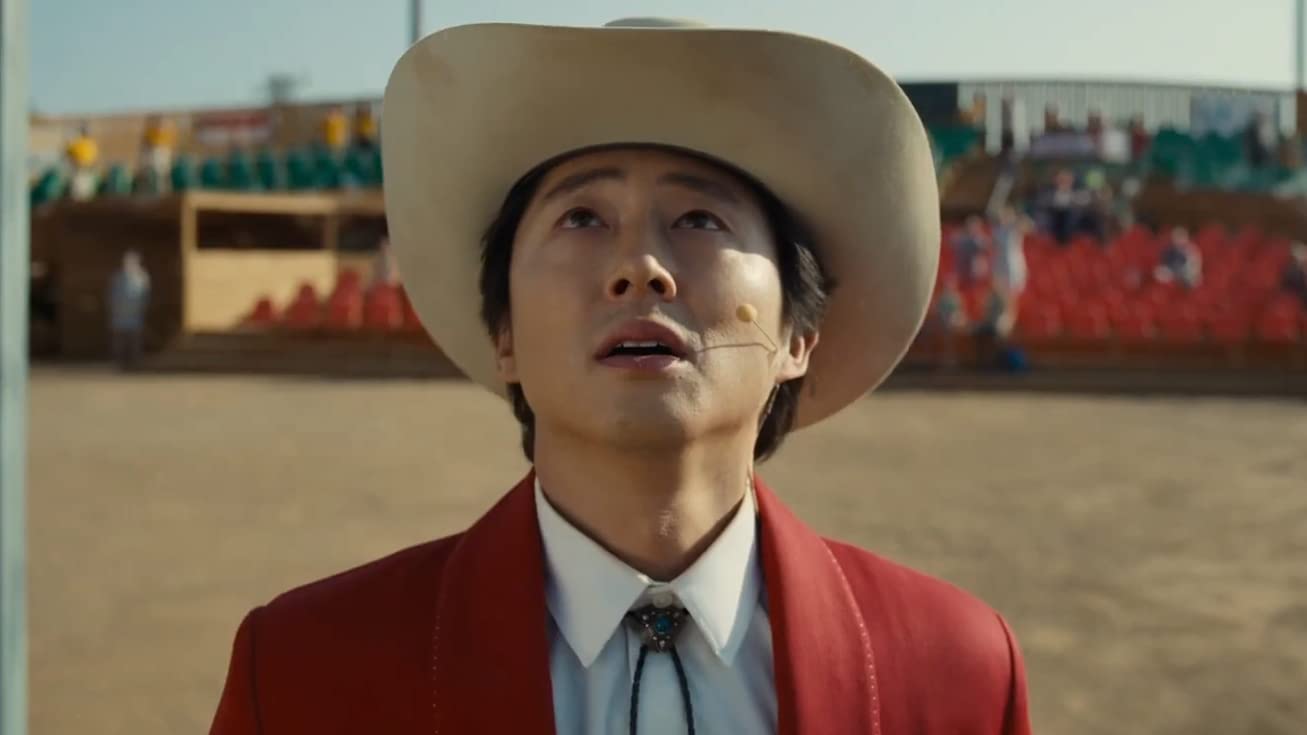 Jordan Peele is officially three-for-three. Once again, he takes the groundwork laid out by other movies and makes it his own. There are sprinklings of classic cinema strewn about Nope, but at the end of the day, this is certifiably Jordan Peele’s vision. Just like his previous two works, it’s a vision you won’t want to miss.

Nope is rich with the complex themes you would expect from the acclaimed director, but it’s also a visually arresting feat that provides an ample amount of popcorn entertainment. You don’t have to dig deeper to enjoy this movie because, at the end of the day, it’s just really fun. The characters are likable, the central conflict is engaging, and the scares are unexpected.

The fact that it is deeper than it appears makes it even better. If you go in expecting sci-fi action, you’ll certainly get it, but you may also get a conversation starter. Peele has proven more than once that he’s anything but one-dimensional. This should be the final piece of evidence for anyone who disagrees. 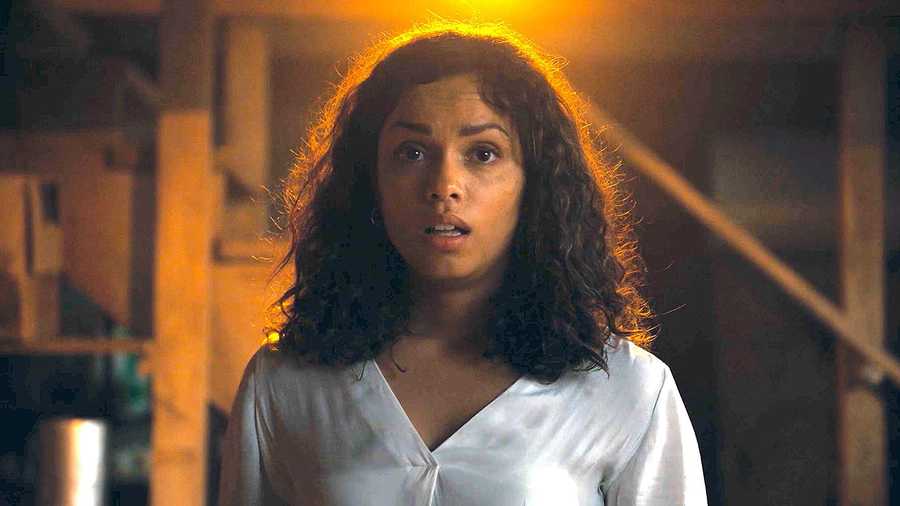 Tess Marshall assumed she would have a pretty average week when she booked an Airbnb in a rundown Detroit neighborhood. She would check in, get some sleep, and pop in for a quick job interview. In theory, it would be a simple, painless process that escapes her memory shortly thereafter. That assumption doesn’t last long.

When Tess opens the door to find a stranger, Barbarian starts to unravel its many layers. Sadly, that’s about as much as we can summarize. Nothing can possibly prepare you for what happens next. That’s what makes Barbarian the best horror movie of the year.

Assuming it hasn’t been spoiled for you, this is one of the most unpredictable, balls-to-the-walls horror movies in ages. It completely disregards conventional filmmaking techniques, delivering a one-of-a-king masterpiece that immediately makes Zach Cregger a director to watch.

Nothing about Barbarian seems like it should work. It’s so far removed from modern horror that it feels positively alien. The innumerable shifts in gears may cause whiplash, but they do so much to keep viewers on the edge of their seats. Cregger’s surprise hit is unlike anything you’ve ever seen.