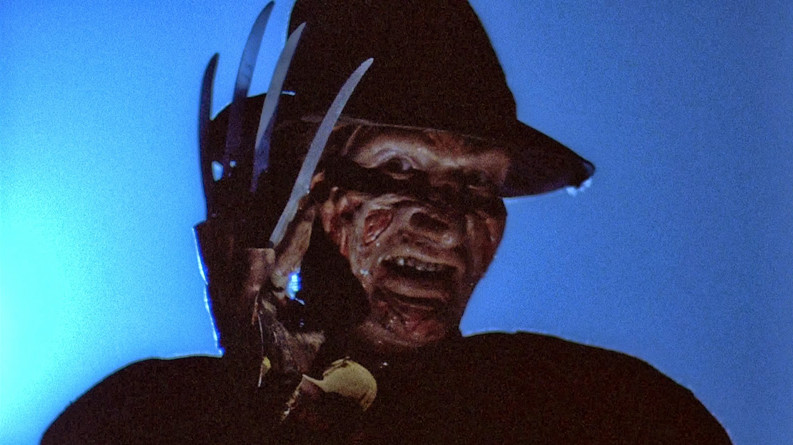 Nightmare sequences in movies, can sometimes be considered to be that extra, unnecessary scare, a jolt in order to keep up the pace of the film and the audience on their toes. Despite this, there is no denying that they are something of an outlet for the filmmakers to let their imaginations run wild and can often prove to be creative and extremely effective segments – especially in horror, although they can be put to the same effect in none-horror films.

In some cases, they can feature bizarre psychoanalytical symbolism to represent character’s mind-sets or even prove to be the most memorable aspect of the film. So, here are 22 unsettling movie dream sequences: 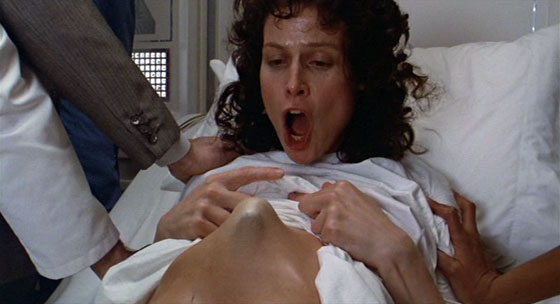 THE MOVIE – The explosive sequel to the 1979 classic in which Ripley and a platoon of Colonial Marines head back to LV 426 to destroy the Xenomorphs.

THE NIGHTMARE – Though perhaps having lost a lot of its shock value now (hence it being place last), the early sequence in which Ripley dreams that she has an alien bursting out of her chest would have been the audience’s worst nightmare too, if only it did not exist in the shadow of the iconic John Hurt moment from the original.

IS THE SEQUENCE NECESSARY? – Not particularly, but Ripley had just, in effect, gone through an incredibly traumatic experience, despite the events of the first film actually happening fifty-seven years previously.

THE MOVIE – Ray Peterson and his neighbours conspire about Mayfield Place’s mysterious new residents, The Klopeks, who drive their trash to the end of their drive and dig graves in the middle of the night among other suspiciously spooky activities.

THE NIGHTMARE – Another ‘reasonably mild’ one before the dark stuff comes. Even though the film is a straight-up comedy, this dream sequence still feels strangely intense and surreal (as a dream sequence should be). After being chased around his house by a chainsaw wielding madman, Ray finds himself to be the meat at his own barbeque with his neighbours, the garbage man and old town serial killers as guests.

IS THE SEQUENCE NECESSARY? – Not really, although it implies that Ray is thinking about the Klopeks way too much. The film would be fine without it, but it’s a good laugh and a decent sequence nonetheless.

THE MOVIE – Cameron Crowe’s breath-taking and bombastic update of Amenábar’s ‘Open Your Eyes’. Is multi-millionaire David Aames living in a dream world? Is he in a coma, or is he even dead? There are quite a few possibilities in this wildly intense movie.

THE NIGHTMARE – After waking up and heading to his Manhattan based work office, David realises that  there is no one else around and he is all alone… in the middle of Times Square! Nothing horrific or gruesome happens here, but the simplicity of New York being so desolate is very unnerving.

IS THE SEQUENCE NECESSARY? – Well, it depends purely on ones interpretation of the film; even so the film would lose one of its most powerful moments without it.

THE MOVIE – A wealthy family begin to receive a series of videotapes that consist purely of their house being filmed. An ugly but harmless prank, or is someone dangerous watching them?

THE NIGHTMARE – The tapes trigger a series of flashbacks for Georges (the man of the house) that manifest in his dreams where he sees a young Algerian boy, his parents had taken in, decapitate a chicken and then threaten Georges with the axe he used. The fact that an actual chicken was killed and left to flail on the floor is obviously part of what make this sequence incredibly shocking, but the ambiguity of the dream when trying to piece the whole film together makes it all the more disturbing.

IS THE SEQUENCE NECESSARY? – Very necessary and on retrospect, an interesting moment which displays how events can be twisted to alleviate a characters guilt.

THE MOVIE – Notoriously, one of the very first films to cash-in on the success of the vastly superior ‘Halloween’. A group of teenagers are stalked and slashed by an unseen killer at Camp Crystal Lake.

THE NIGHTMARE– The seeming quiet after the storm – Alice, the sole survivor, lies in a boat in the middle of the lake, the police are here, the transcendental music is playing, she is saved. WRONG! The rotting corpse of the young Jason leaps out of the lake and drags her to a watery death! Undoubtedly the film’s most effective and influential moment as it made it popular for future horror films to go for that one last blood-curdling scare – even though Carrie did it this way four years prior.

IS THE SEQUENCE NECESSARY? – Not at all, but it is actually quite alarming on first view and remains  an iconic moment in the annals of the slasher genre.