THE MOVIE – Clive Barker’s iconic and visually startling 80s horror which combines overtly sado-masochistic themes with the genre and also introduced us to the Cenobites – a variance of mutilated ‘angels’ which thrive on pain and suffering, both in experiencing and dealing it.

THE NIGHTMARE – A segment that is often overlooked due to the heady gore and sex seen elsewhere in the film. A figure lies underneath a white cloth in a dark room, the sound of a baby screaming in the distance can be heard, feathers rain from the ceiling as blood begins to cover the body before it jolts up to produce a ghastly shock. This short sequence seems to truly capture the essence of a nightmare and simply oozes dread.

IS THE SEQUENCE NECESSARY? – No, just a quick jolt to liven up the early moments, albeit a brilliantly executed one.

THE MOVIE – Vietnam War veteran, Jacob Singer, experiences a series of horrific hallucinations in and about New York. Are they imaginary manifestations of a war-torn mind, or perhaps something even more sinister?

THE NIGHTMARE – This possibly could be seen as a dubious entry. Jacob is wheeled on a gurney through a purgatorial hospital wing where patients bash their heads up against glass, a legless, hooded trunk of a man shakes his head violently and bloody chunks of flesh litter the floor – the tension is also subtly increased by that wild, spinning gurney wheel. The sequence ends with an eyeless surgeon plunging a needle into Jacob’s skull.

IS THE SEQUENCE NECESSARY? – Yes, the film is packed with disturbing moments like this to continually disorientate the audience. But this is the first moment in which someone explicitly states what it going on in the film too.

THE MOVIE – An elderly professor, Isak, is bitter with the regret of old age as he is travelling with his pregnant daughter-in-law for her degree ceremony. Along the way he experiences a series of dreams, memories and nightmares which force him to reflect upon his life.

THE NIGHTMARE – Isak walks down an empty, ghetto-like street where the clocks have no hands, as does his own pocket-watch. A silent, faceless figure stands on the corner and collapses into a bloody heap of clothes. A coffin containing another Isak falls from a rider-less hearse who tries to drag the original Isak into the coffin with him. This is an odd, odd dream sequence that is loaded with symbolism and makes fantastic use of sound for maximum disorientation.

IS THE SEQUENCE NECESSARY? – Definitely – the symbolism of the clocks without hands could suggest that Isak thinks that time has essentially ran out for him, and then seeing himself in the coffin near enough spells it out. Some of the main themes of the film are represented here. 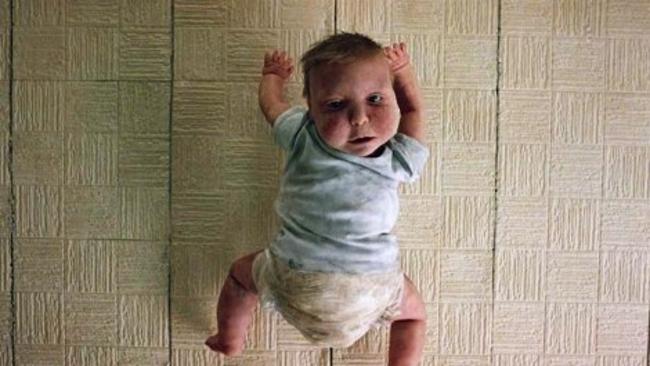 THE MOVIE – Danny Boyle’s glorious adaptation of Irvine Welsh’s novel following Renton and exploring the lives of he and his fellow heroin junkies that are living on the brink of society in Edinburgh.

THE NIGHTMARE – After a near-fatal overdose, Renton’s parents impose a cold-turkey strategy by locking him in his bedroom in hopes of him kicking the habit. The screaming, the seemingly never ending dimensions of the room, the pounding rave music and of course, that terrifying dead baby crawling along the ceiling. A truly horrifying piece of cinema; it could pass as an anti-drug ad in its own right.

IS THE SEQUENCE NECESSARY? – Yes, the protracted sequence is basically summing up the lows and horrors of being an addict whereas it had previously shown us what the junkies would call the “highs”.

THE MOVIE – An obvious inclusion; there are so many dream sequences in the Nightmare On Elm Street series (some effective, some plain daft) but the sequence at hand here comes from the first and undoubtedly best movie of the lot where Freddy first infiltrated the dreams of both the characters’ and the audiences.

THE NIGHTMARE – Making the transition from reality to the dream seamless, Nancy follows the apparition of her recently murdered friend into Freddy’s workshop in the basement of the school. From seeing Tina’s bloodied corpse being dragged down the hallway impossibly by an unseen force, to the schoolgirl with Freddy’s voice, Wes Craven is milking the surrealism that can emerge in the unlimitedly dark corners of one’s subconscious. “Hey Nancy, no runnin’ in the hallway!”

IS THE SEQUENCE NECESSARY? – Well, the film is called A “Nightmare” On Elm Street.

THE MOVIE – Two American travellers visit the Yorkshire Moors only to be savagely attacked by a Lycanthrope. David survives and wakes up in a hospital in (you guessed it!) London, cursed to become a Werewolf on the next full moon.

THE NIGHTMARE – Essentially a nod to The Discreet Charm Of The Bourgeoisie – David is back home, safe in his own home with his family, there is a knock at the door. His Dad answers only to be shot to death by what appear to be a group of anthropomorphized, mutilated Nazi gargoyles who proceed to butcher everybody in the house, burn it down and slit David’s throat. But its ok, it is all fine, that was just a crazy dream. Nope! The Nazi monsters are lurking behind his room curtain waiting to kill Nurse Alex. ”Holy shit”, exclaims David after the double-dream. Damn right.

IS THE SEQUENCE NECESSARY? – Yes, because it displays that David is homesick and currently a tad messed up; no, because it is essentially an extra and unexpected scare catching the audience off guard. Even so, who in their right mind would emit this fantastically deranged sequence from the movie!?