THE MOVIE – Hitchcock’s stab at representing psychoanalysis on the big screen. Dr. Edwardes takes the place of the director of a mental hospital after he may, or may not have murdered actual replacement. Psychoanalytical therapy is then used to unlock what his mind may hold.

THE NIGHTMARE – This one is just plain weird and quite often the focal point of the film, hence Spellbound being slightly underappreciated in the Hitchcock canon. It features big creepy eyes painted onto drapes staring directly at you only to be cut up by a man with giant scissors, other disproportionate objects like giant cards for blackjack and people without faces among other bizarre occurrences appear to the spectator’s bemusement. Salvador Dali was called in specifically to design this sequence and he is all over it – literally, his own face is discernible in one of the background matte paintings!

IS THE SEQUENCE NECESSARY? – Yes as the elements of the dream are interpreted to help solve the mystery of the murder even though it is essentially showing off Dali’s work.

THE MOVIE – A young girl is believed to have been possessed and after modern treatment fails, her mother turns to the clergy for help. Needless to say, The Exorcist a landmark of horror cinema.

THE NIGHTMARE – After his elderly mother passes away, Father Karras slips into a dream in which he sees her emerging from a subway entrance – he tries to call her, she turns away and walks back down as he sprints after her. The pacey editing is what makes this one particularly unsettling – juxtaposing the enigmatic images of black dogs, the falling necklace and, of course, the subliminal image of the Pazuzu which remains scorched into the mind’s eye long after viewing.

IS THE SEQUENCE NECESSARY? – A resounding yes as the sequence hammers home Father Karras’ guilt for not saving his mother therefore leading to him questioning his faith. Also, the inclusion of the Pazuzu is vital as it suggests that the devil is omnipresent and not just residing inside Reagan. 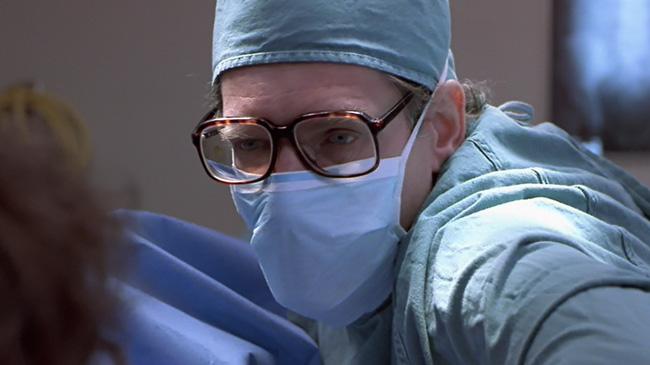 THE MOVIE – David Cronenberg again! (Unsurprisingly he would later make a film on Sigmund Freud). This time it is his fantastically gooey, but undeniably tragic remake of the 1958 monster-movie in which a scientist, Seth Brundle accidentally merges his molecules with those of a fly via his radical telepod invention.

THE NIGHTMARE – Upon seeing that Seth is, well, ‘turning fly’, Veronica discovers that she is pregnant with his child. In true and utterly repulsive Cronenbergian fashion, she then dreams that she gives birth to a giant maggot! Even worse, Cronenberg is delivering it in a cameo appearance. “Be afraid, be very afraid.”

IS THE SEQUENCE NECESSARY? – No, but wouldn’t you be freaked out if your offspring may grow to have six legs? 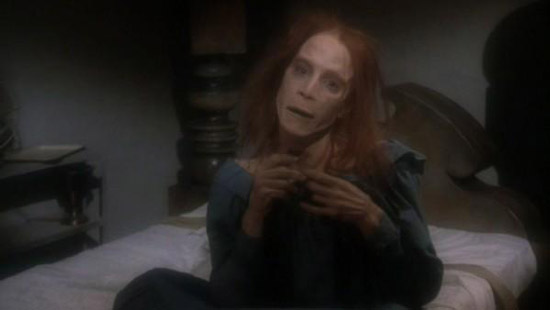 THE MOVIE – Shortly after the Creed family move into their New England home, they are shown the pet cemetery at the end of their garden – this prompts many brutal deaths and the deceased returning from the grave.

THE NIGHTMARE – A particularly nasty one. After being introduced to Zelda (Rachel’s sister who died of spinal meningitis) in a previous flashback, Rachel finds herself walking anxiously through her house, only something seems amiss. She finds herself in the back bedroom where Zelda leaps up from the bed – “I’m coming for you Rachel…”. Horrifying.

IS THE SEQUENCE NECESSARY? – No, but possibly the scariest moment of the film.

THE MOVIE – It almost seems trite to include a David Lynch film, but then it would not be a proper ‘unsettling dream list’ without one. Fred Madison is accused of murdering his wife and goes to jail, only to inexplicably turn into a younger kid who shares the same woman with different coloured hair.

THE NIGHTMARE – Fred wanders around his house hearing his wife’s echoed calls. Plumes of smoke emerge from dark corners and what he thinks is his wife is actually not. The pale image of the Mystery Man’s face on Renee’s will produce a monolithic jolt on first viewing – the unique sort of shock that you can only get from a Lynch film.

IS THE SEQUENCE NECESSARY? – Yes, simply because it is a David Lynch film! Therefore the dream sequence will provide enigmatic clues which will help you solve the puzzle-box narrative or contain major foreshadowings, as this one does with Renee seemingly being attacked.