Thrillers, Thrillers, Thrillers. Too many to watch and not enough time. And here we go again: when you’re looking for a thriller, the selection is so huge and overwhelming that you end up watching the same ones again and again. To avoid that, here a list of 10 under appreciated thrillers that you should add to your watch list and enjoy during a rainy weekend. You’re welcome! 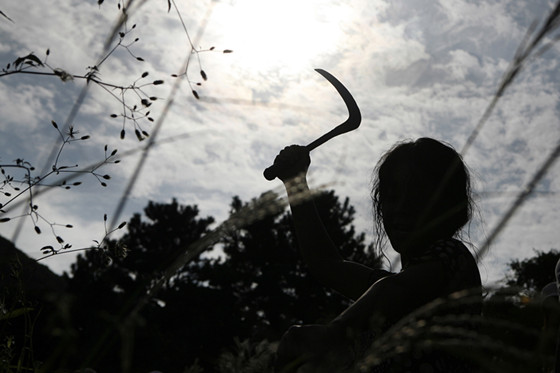 A South Korean production directed by Jang Cheol-soo, “Bedevilled” stars Hwang Geum-hee (previously known as Ji Sung-won) as Hae-won, a middle aged woman working in a bank in Seoul. She is tense and austere, constantly stressed by her work and its misogynist and competitive environment. Suffering from depression, she decides to change drastically her life, accepting the invitation of her teenage friend – whom she hasn’t seen in a while – Bok-nam (Seo Young-hee) to join her on a vacation on the island of Mudo. What started as a vacation will eventually result in a nightmare.

Mixing thriller and horror, the movie is masterfully written, with a great emphasis and focus given to the building of the characters; equally astonishing are the performances of the two main characters, especially the one of Hwang Geum-hee. At the same time, the solid screenplay is elevated by the impeccable directorial work of Jang Cheol-soo, who crafts a refined but unpretentious movie.

“Bedevilled” is more than a genre movie. It’s a representation of the worst side of humans and how bloody and inconceivable their behaviours can be. If you give a chance to this movie, your decision won’t be regretted. 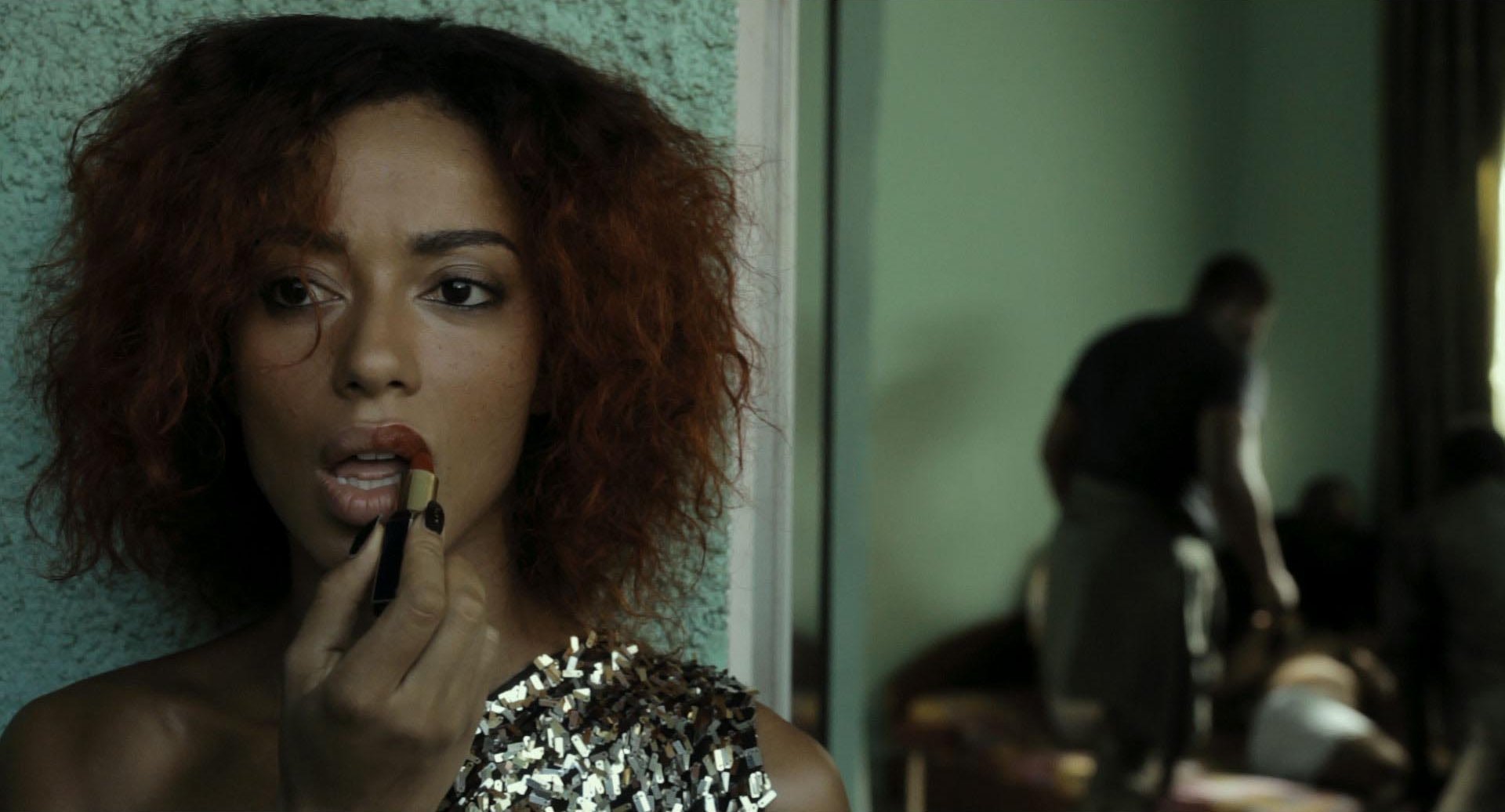 “Viva Riva!” was the first Congolese movie released after 25 years since dictator Mobutu Sese Seko imposed a shut down on the national film industry. The crime thriller movie follows the life of Riva (Patsha Bay), a fuel smuggler returning home in Kinshasa with stolen gasoline. At night, after going in a club with his friend J.M. (Alex Herabo), Riva steals away a woman called Nora (Manie Malone), the girlfriend of local gangster Azor (Diplome Amekindra). The consequences of his actions will threaten Riva’s life. This Congolese thriller is probably one of the best of the last 25 years.

The director Djo Tunda Wa Munga masterfully shots a raw, violent and atmospheric story, using Kinshasa as a powerful background and sometimes implicit protagonist. Moreover, the direct and solid style is perfectly suited for the genre the movie is based on, while the music is just a collection of instant classics. “Viva Riva!” perfectly encapsulates what’s exciting about non-mainstream cinema; no production companies dictating screenplay and ending, no self-righteous screenplay and – most importantly – a lot of heart. This movie cannot be missed! It is just too good to be overlooked. A future classic of world cinema, of thriller, of cinema with the capital C. 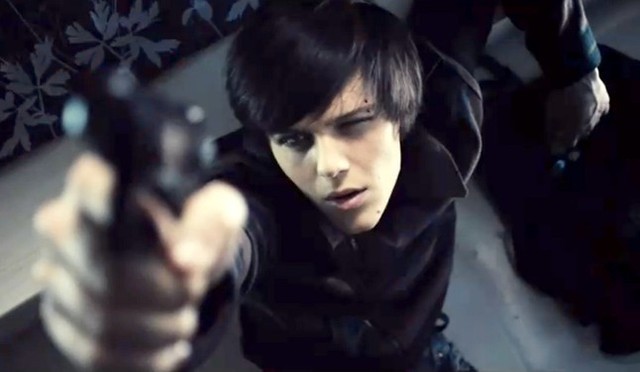 Dominik Santorski (Jakub Gierszał) comes from a privileged family. Before his graduation, a series of misfortunate and humiliating events pushes him to join an online chat group named “The Suicide Room” where he meets Sylwia (Roma Gąsiorowska), a girl with suicidal tendencies who cuts herself. Sooner, the virtual meetings with Sylwia will produce dangerous results in his real life.

“Suicide Room” – directed by Jan Komasa – handles the dramatic and tense moments quite well, describing a story that concerns pressing current issues: dependency from social media, depression, the ambiguous pharmaceutical response to it and suicide. Dominik is sucked in a vortex of emotions and behaviours that are becoming more typical in today’s world; and – as reality sometimes shows – nothing seems to stop the spiral of chaos and danger: all the procedures that are used to cure depression and prevent its spread and its worsening fail completely. From this perspective, the movie seems to denounce the extreme individualism that pervades our society and that makes possible the behaviour of Dominik’s parents, more worried about their careers than their own son. This Polish movie mixes thriller and drama successfully, narrating a story of depression and despair that – unfortunately – resembles real cases of today. Don’t miss out!

Released for the first time on September 10th, 2013, “Proxy” fuses creatively thriller, horror and drama. Esther Woodhouse (Alexia Rasmussen) is in her late pregnancy period; one day, coming back from the doctor’s appointment, she is knocked unconscious by a hooded stranger, who hits her stomach with a brick multiple times. Even the last efforts of the medics is vane: the baby is delivered stillborn. Shocked by the event, Esther will join a support group, unaware of what will happen.

This movie is an atomic bomb, one of the big ones. The screenplay is detailed and structurally complex, largely inspired by a lucid cynicism and full of horrific developments. Raw, insane, dark: these three adjectives perfectly sum up the intensity of “Proxy”. At the same time, the psychological lens of the story is flawlessly matched by a slow paced rhythm and by an hypnotic atmosphere that hypnotises the viewer. At the same time, the American movie is wonderfully shot, with references to the classics, the master Hitchcock above all else.

“Proxy” is a mature thriller, at times complex at times brutal, that will capture the viewers’ attention instantly. Multiple viewings are recommended in this case; watching this movie more than once should enable a better understanding of the structure and should reveal all the facets of the themes described. 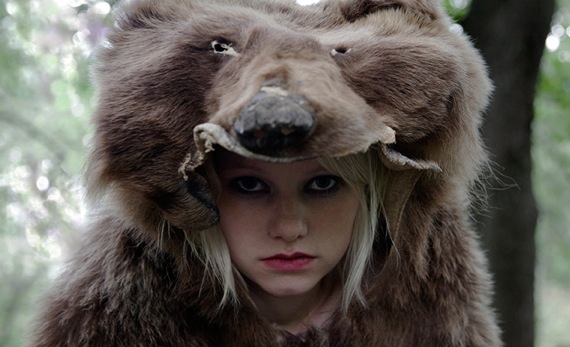 “They Have Escaped” narrates the story of Raisa (Roosa Söderholm) and Joni (Teppo Manner), two outcast teenager living in a halfway house. One day, the two decide to run away and embark in a journey across the country, in an attempt to escape rules, regulation and impositions of the structure they’re living in. Directed by J-P Valkeapää, this Finnish-Dutch production mixes the fantastic and the real in a convincing tale about two outcasts determined to enjoy the taste of freedom.

In fact, during the development of the movie, we witness not only dark drug infused sequences, with a strong dreamlike and psychedelic character; at the same time, the movie does not shy away from a social commentary on today’s world, especially focusing on the critical conditions of the youngsters, progressively suffering from unemployment and under education. Lastly, it is impossible not to recognise the influence of the Brothers Grimm, especially in the sequence with the house in the woods.

“They Have Escaped” is a complete movie: social commentary, dreamlike sequences, teenage movie and thriller atmosphere. Give this movie a try and witness the suggestive sequences in the woods. A small gem!