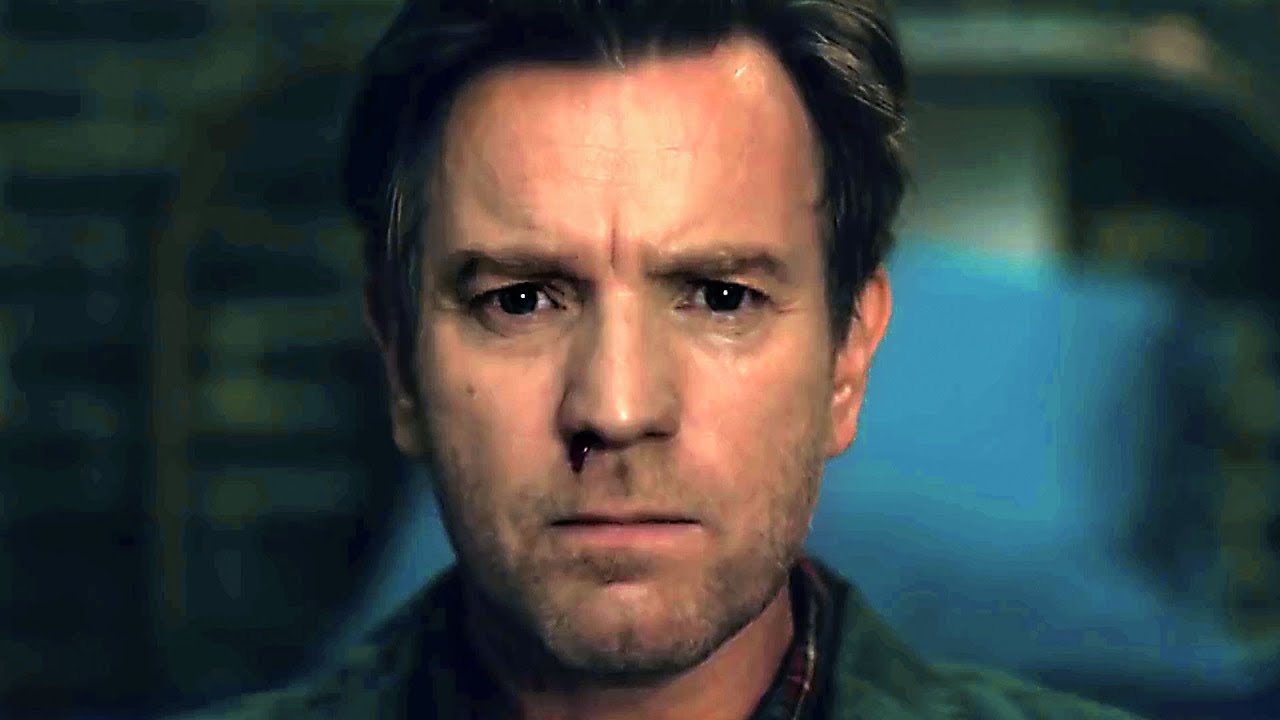 This decade has been filled with sequels, prequels, remakes, and reboots of sorts, and many have complained that Hollywood has lost its originality and is forever dependent on previously existing material. While it is true that there have been many unnecessary sequels made in the last ten years, it’s also true that revisiting the same material can sometimes be rewarding, and that sometimes the right filmmaker can use a sequel to delve deeper into the material.

Due to their frequency, sequels nowadays aren’t quite events anymore, and due to the sheer quantity of sequels released, many have become forgotten or received critical disdain. Yes, many deserve that status, but some are better than their reputations suggest and deserve a critical reevaluation. Here are the top ten most underrated sequels of the 2010s. 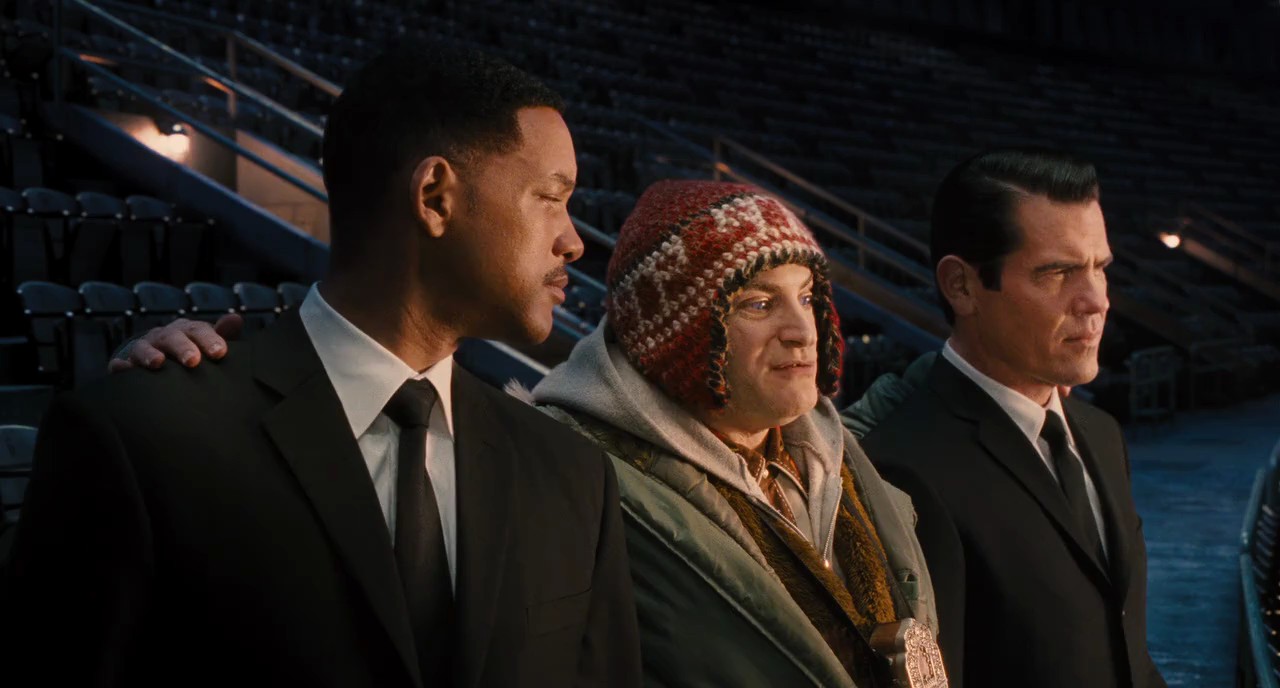 While 1997’s Men in Black was one of the most popular science fiction comedies of the 1990s, the 2002 follow up Men in Black II was a critical dud that soiled the franchise to the point that it took ten years for a third film to materialize. Men in Black 3 took a different spin on the relationship between K (Tommy Lee Jones) and J (Will Smith), as the time travel related plot sent J back to the 1960s to interact with a younger version of K, played by Josh Brolin. Brolin’s charming impersonation of a young Tommy Lee Jones ended up bringing a new life to the series that was reminiscent of the first film’s iconic status.

The 1969 setting allowed for the filmmakers to incorporate 60s culture within the world of hidden extraterrestrials, with clever references to everything from Andy Warhol to the Apollo 11 mission. Brolin is genuinely great, and seeing a less grizzled and more optimistic version of the K character ended up making the buddy cop adventure more interesting. What really sets the film apart from its predecessors was its surprisingly heartfelt use of time travel to tell the origin story of J’s character; by showing how the character came to be, Men in Black 3 added a new depth to the series. 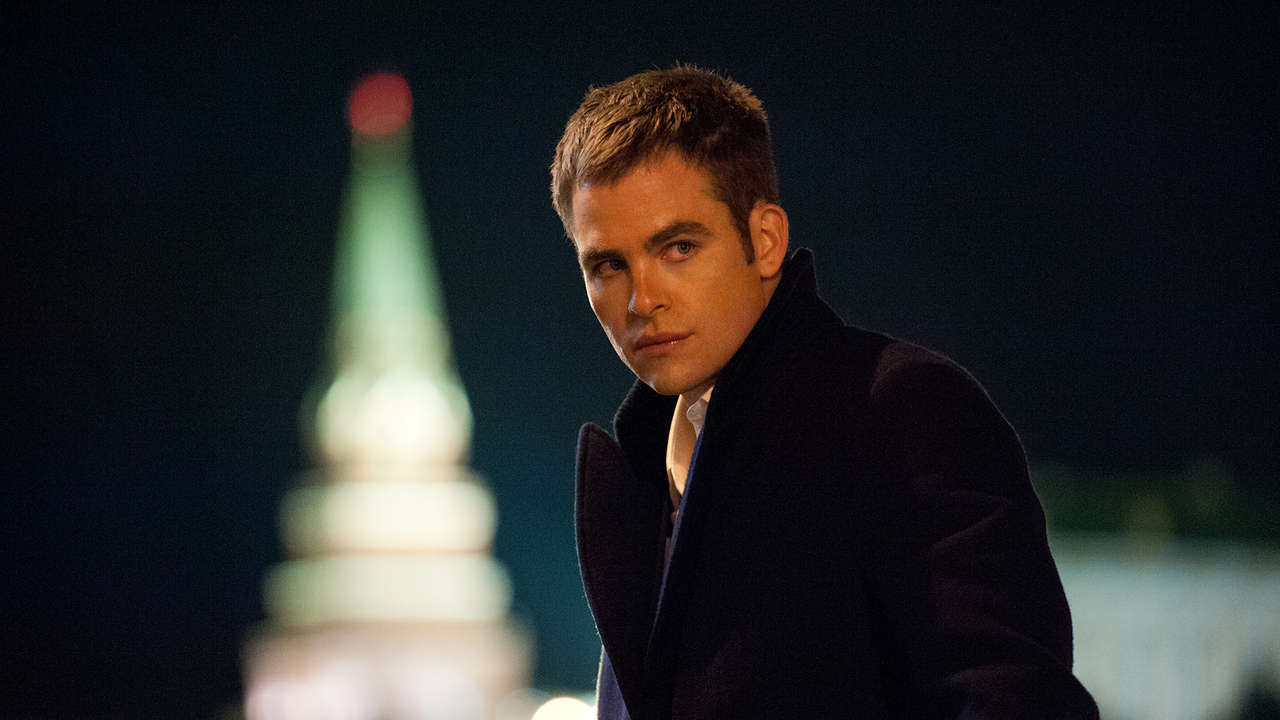 The Jack Ryan series has been one of the most untraditional film sagas of all-time; after Alec Baldwin played the titular character in the classic The Hunt For Red October, Harrison Ford took over the role in the sequels Patriot Games and Clear and Present Danger, with Ben Affleck rebooting the series with the 2002 prequel The Sum of All Fears. However, the most forgotten film in the series has been 2014’s Jack Ryan: Shadow Recruit, an origin story that shows how a young Ryan, played by Chris Pine, came to become a spy and investigated the Russian businessman Viktor Cherevin (Kenneth Branagh).

Branagh directs the film with agility, combining a nuanced dissection of the current financial market with breathless action that reflects the everyman quality of Ryan. While he is trained to handle dangerous situations, Ryan also feels like an everyman caught in over his head, and Pine brings the inherent likeability needed for the character. Branagh himself is also strong, and brings surprising layers to a character that is more than a stereotypical Russian villain. It’s a shame Jack Ryan: Shadow Recruit failed to make waves, as it would’ve been interesting to see where Branagh and Pine could’ve taken the character in the future. 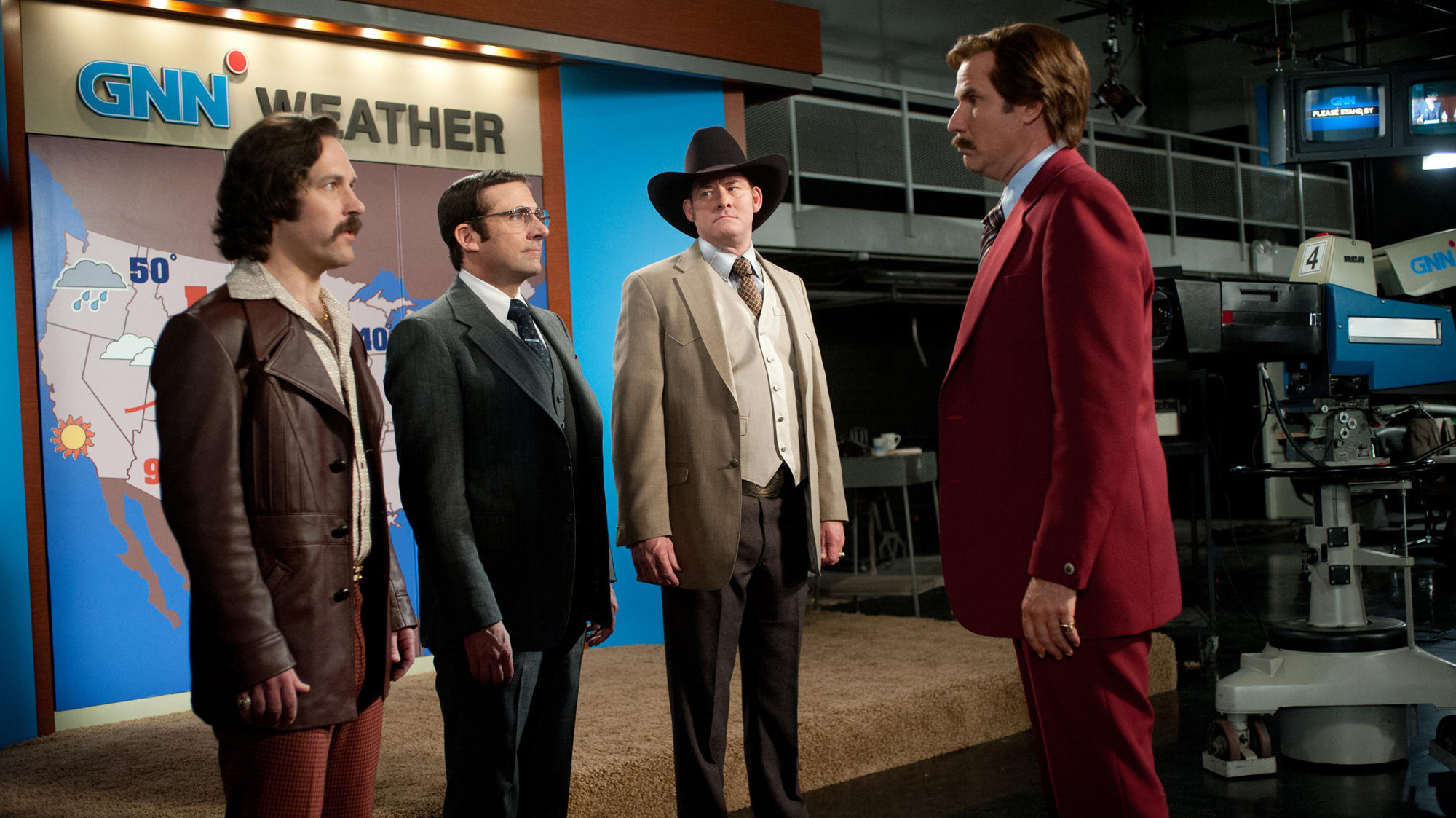 Before venturing into more serious territory with The Big Short and Vice, Adam McKay returned to the world of his beloved comedy Anchorman: The Legend of Ron Burgundy with the thoroughly underrated sequel Anchorman 2: The Legend Continues, which finds Ron (Will Ferrell), Brian (Paul Rudd), Champ (David Koechner), and Brick (Steve Carrell) straight in the middle of the 1980s 24 hour news cycle. If the first film satirized gender roles and misogyny in the news industry, the sequel satirizes consumers’ constant gravitation towards sensationalism, and also managed to poke fun at the impact of corporate sponsorship within journalism.

The satire is razor sharp, but McKay’s film is also just as insane as its predecessor, with an ending news battle filled with surprising cameos and fourth wall breaks. Ferrell retains his endearing charm, and even when the film allows Ron to grow as a character, it never prevents the audience from laughing at his strange antics and indulgent nature. Comedy sequels rarely succeed because they are too reliant on repeating the same jokes and story arcs, but Anchorman 2 is the rare sequel that is able to reinvent past jokes in a new way as well as take the story in new and exciting directions.

A sequel to The Shining was always going to be a challenge, as it had to please both fans of the novel and of the 1980 Stanley Kubrick classic. Mike Flanagan’s film is respectful to both King and Kubrick, and peels back the layers behind the Overlook Hotel by focusing on the internal struggle of a grown up Danny Torrance (Ewan McGregor), who is now suffering from alcoholism as he struggles to come to grips with his father’s legacy and consider the larger world of magic users that exist. Danny’s journey into the mystical continues as he encounters Abra Stone (Kyliegh Curran), another child whose life has been uprooted by magic.

It’s a film that considers how surreal and scary events affect someone’s psyche, and McGregor gives an incredibly restrained and powerful performance as a man wrestling with childhood trauma. The richness of King’s world comes to life with the depiction of the True Knot, a group of sorcerers that steals the life force away from living beings, and Rebecca Ferguson delivers a bizarre and sinister performance as Rose the Hat, the group’s enigmatic leader. While it will always be debated whether King or Kubrick had the better adaptation, Doctor Sleep is a showcase for Mike Flanagan’s ability to craft slow burn tension and gripping human drama, and should be commended for its unique approach. 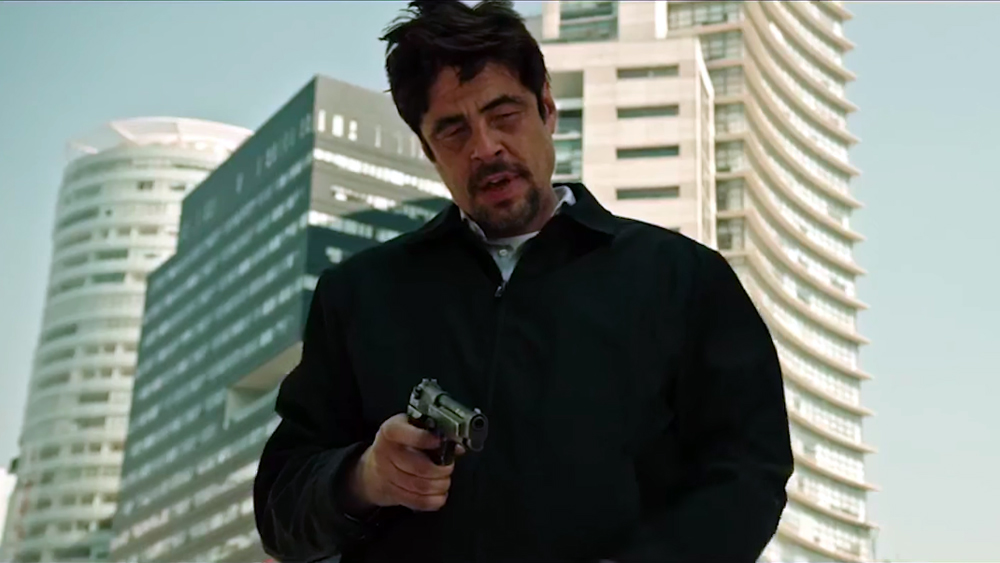 After Denis Villeneuve’s 2015 film Sicario became a surprise hit, screenwriter Taylor Sheridan once again penned the sequel Sicario: Day of the Soldado, which gained director Stefano Sollima. While the film saw the return of Benicio del Toro as the ruthless hitman Alejandro and Josh Brolin as CIA Agent Matt Graver, it noticeably saw the absence of Emily Blunt’s character Kate Macer. However, Blunt’s absence was integral to this film’s story; the first film followed Kate, an innocent character, as she ventured into a world of corruption and crime, and the sequel offered an even bleaker world with no clear cut heroes.

By making Alejandro the protagonist, Day of the Soldado chooses to tackle the moral issues of the border war head on, and del Toro is absolutely captivating as the notorious warrior, and gets the chance to explore more of the character’s backstory. Once again, the film’s action sequences are realistic and brutal, and Alejandro’s final escape after a near fatal attack near the film’s conclusion makes for a shocking sequence that is impossible to look away from. Like the first film, Day of the Soldado is a cautionary tale about the cycle of violence that has emerged on the border, and it’s riveting ending shows how people like Alejandro are formed, and how a new generation will take their place.