Joker, Jojo Rabbit, Us…these are just some of the films that weren’t weird enough to make it onto our list of the most bizarre films of the year. In a time when CGI and niche platforms allow genres to plumb the depths of fantasy, futurism, and depravity, what does it mean to be bizarre?

Yet 2019 was filled with such bizarre delights that even listing the most mainstream ones came out at well over ten. A few caveats to this list. It is very Western-oriented. Unfortunately, many of the jewels of the African and Asian continents didn’t make it to this viewer in time. A more accurate title of this list would be 11 of the Best Bizarre Films of 2019 from the Western World.

If any more proof was needed, writing last year’s incarnation of this list, I missed two of that year’s strangest efforts: animated offerings House of the Wolf and Lajka.

This list is also quite mainstream, and there were numerous runners-up. Documentaries offered truly bizarre helpings, including Los Reyes, The Raft, and Cold Case Hammarskjold. Were this list less about quality, then truly bizarre films like The Perfection, Serenity, and Mister America would be here.

I simply could not find copies of The Wandering Soap Opera, Koko-di Koko-da or The Long Walk in time for this list. And while they seemed plenty bizarre, two entries about seemingly homicidal males, The Man Who Killed Don Quixote and The Man Who Killed Hitler and Then the Bigfoot, didn’t quite cut it. Just missing the list were also Relaxer, Atlantics, Wounds, and The Mountain. 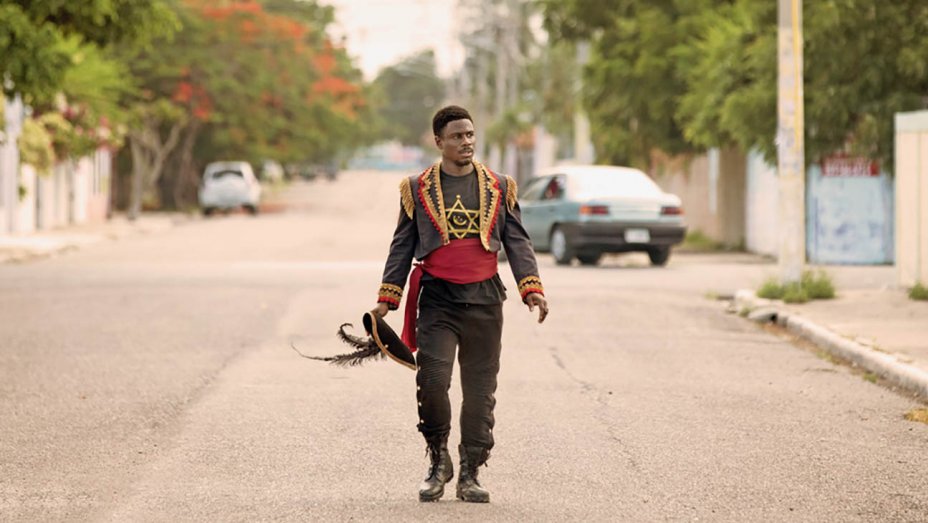 Chris Morris’ sophomore feature was unceremoniously dumped in theaters with little publicity and less attention. While it is one of the more down-to-earth entries on this list, it has a bizarre sensibility all its own. Essentially about how post-9/11 security policy preys on the mentally ill to rack up terrorism charges, The Day Shall Come approaches the rampant, real-life injustice with a madness that is fitting.

The film focuses on Moses, a family man who talks to animals and leads his small congregation in duck walking and marches around his Florida neighborhood preaching about the downfall of the accidental dominance of the European race. His desperation to keep his “farm” puts him on a collision course with various US security agencies that are happy to frame him as a serious terrorist. Morris’ film was called, among other things, “overcooked”, which is not inaccurate, but it also speaks with a zany restraint that is more interesting and devastating than the heavy-handed polemics Hollywood tossed out this year.

I Lost My Body is a neat little puzzle of a movie, a melancholy exploration of how one’s sense of self can be challenged, projected, severed, and redeemed. And it’s done with a sense of magical realism that Disney couldn’t touch. I Lost My Body is the only animated film on this list, largely because some genres seem less bizarre simply by being part of a genre where the bizarre is expected (case in point, Promare).

I Lost My Body tells two parallel stories. In one, Naoufel is a young adult who was orphaned as a child and seeks out a place in the world while in severe need of guidance. In the other, a severed hand transverses an unromanticized Paris, complete with rats and rudeness, in search of its owner. It’s the hand that literally runs away with the film, conveying all the emotions the fully formed humans seem incapable of articulating. It’s a whimsical but grisly adventure, and while its bizarre nature is largely confined to its premise, when it’s willing to get weird, it doesn’t hesitate.

Robert Eggers’ follow-up to The Witch kept its predecessor’s dedication to historically accurate production design and diction, and this barely scratches the surface of the weirdness that is The Lighthouse. There are hints of inter-species sex, menacing seagulls, and enough drunkenness to give the proceedings the heavy feel of a hangover worsened by the clanging of a strong stormy wind.

Robert Pattinson continues to rack up experiences with the most exciting directors of his time, delivering another weird performance to add to his collection. Not to detract from his strong work, but The Lighthouse seems too weird even for him. Willem Dafoe runs away with the film, and even he has to work for it against a one-eyed seagull and a mermaid figurine that both command the screen. It’s a testament to The Lighthouse’s bizarre nature that every object drips with character and the fury of a raging nor’easter.

Is there anything left to say about Parasite, with its Palme d’Or, adoration by film critics, and numerous award nominations? For all its social commentary, there is something bizarre at the root of Parasite. Filmmaker Bong Joon-ho immediately puts the audience on his wavelength, such that everything that comes next ambles into place with a madness that somehow feels entirely natural.

But Parasite is bizarre, largely because its premise unfolds with this assuredness, and more so because each ridiculous development is made possible by the obliviousness of the rich. Doppelgangers and infiltrators populated late-2010s cinema, and Parasite is arguable the strongest entry because it turns these anxieties into farce and in the process shows how valid and troubling they really are. 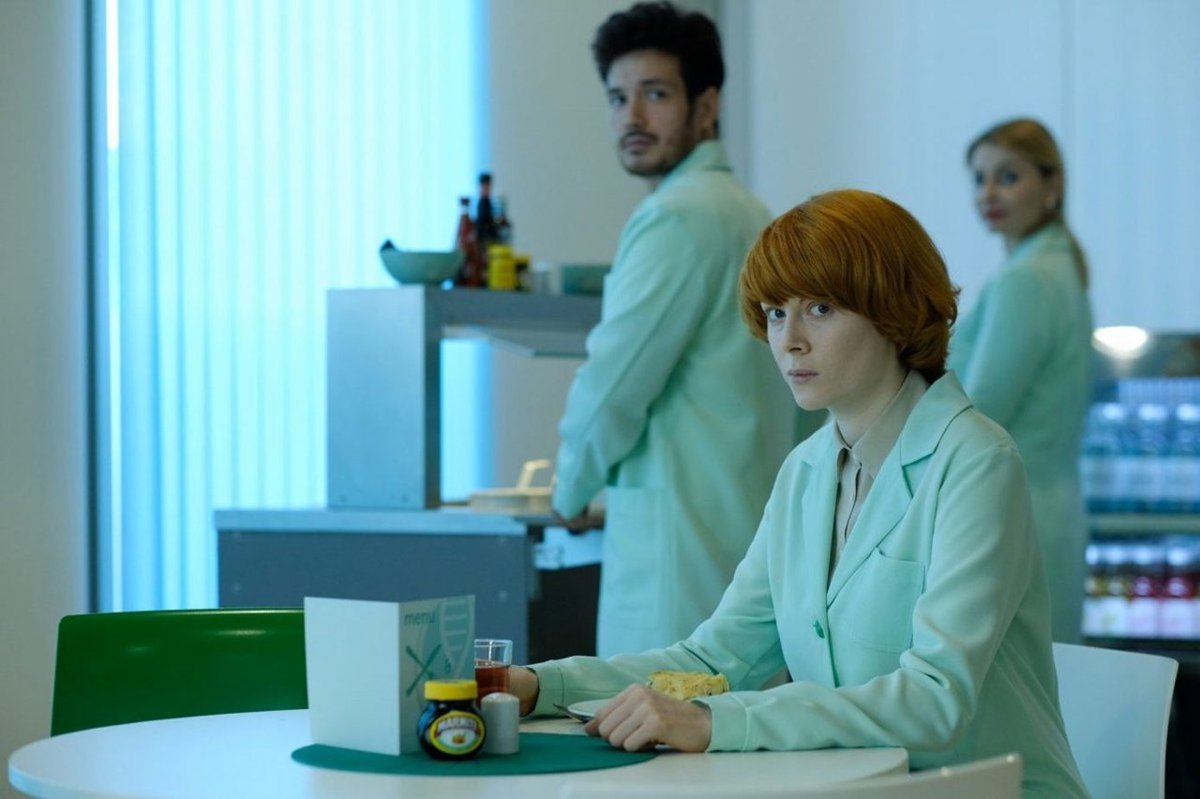 In a way, this slot should be shared with the Safdie brothers’ Uncut Gems, another film that tells a conventional-enough story through an unorthodox use of sound. While Uncut Gems gets a tip of the hat, here is the place to honor the rather coldly received Little Joe, which despite winning best actress at Cannes, still inspired an odd indifference among critics.

A lazy description of this film would be Little Shop of Horrors meets Kabuki theater, but Jessica Hausner’s film, is not content to be that staid or straightforward. The film maintains an ethereal sensibility, lingering its bizarre stare on everything that comes before the camera, from the ant farm at the beginning to the effervescent pollen we see throughout. Each cast member does double duty, as well, each in their own way playing variations on themselves until we are a part of the world that it depicts.