The acting nominees this year seemingly disappointed more people than usual. Maybe it’s because of the time schedule changes done by the Academy, or the wrong campaigning strategies by the studios, or just a competitive race, but many great performances couldn’t make into the cut in the end, despite some being widely predicted and most of them being “safe” choices. Before we move on to the list, I have to note that this list includes performers who are either in Best Picture-nominated films, or have been nominated for or won at least one major film industry or televised award. 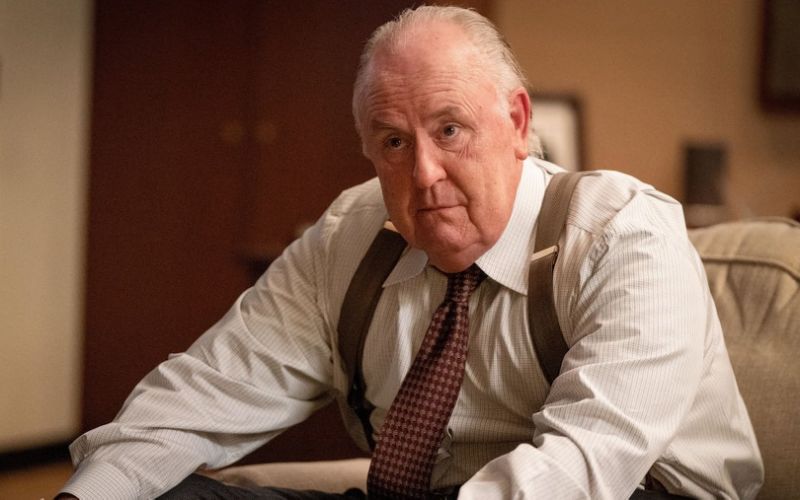 Okay, Christian Bale (“Ford v. Ferrari”) was also considered for tenth place here, but Bale is a frequent in award season. Since ever his awards breakthrough with the “The Fighter,” he often gets nominated whenever his film is in contention. Sure, this year he’s snubbed, but he was way close (SAG, Globe). Instead, it’s better to put the spotlight on this American veteran’s great performance as Roger Ailes.

“Bombshell” is a film with an uneven tone, but John Lithgow still manages to come off as a frightening and engaging presence, even when the film makes some strange choices. His performance is actually great and nowhere behind Charlize Theron or Margot Robbie’s and they had both got onto the Academy’s final list. Sure, they’re in different categories but Lithgow has similar strengths; he’s a veteran, a previous nominee, playing a transformational role, and playing a real-life figure. A terrible human being, sure, but Russell Crowe just recently won a Golden Globe for playing the same terrible character in a less-acclaimed TV series.

Unfortunately, the only industry award Lithgow got nominated for ended up being the AACTA. Sometimes their taste ends up being similar to BAFTA, but Lithgow couldn’t surprise there. Lithgow has been a legendary presence in cinema (two-time Oscar nominee), stage (two-time Tony winner), television (five-time Emmy winner), and also a four-time Grammy nominee. He’s obviously overdue for an Oscar win and third nom. While Roger Ailes is not the role that would bring him a win, since the film had been losing buzz and it’s not the kind of a character they tend to award, it’d be nice to see him getting nominated after all those years. 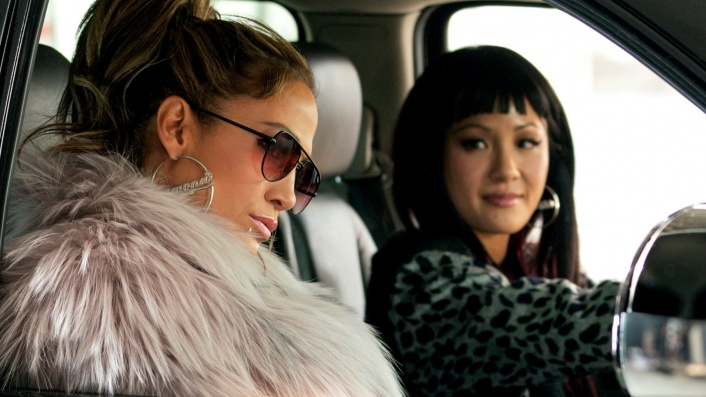 The critics raved over her turn as Ramona, but Jennifer Lopez has long lost respect as a credible actress – maybe because of her pop diva persona in the media, her constantly trashed films since 2001, and her turning into some kind of a “brand” rather than an actual respected actress. But “Hustlers” is where Lopez is back to her character actress roots – when she was working with Oliver Stone and Francis Ford Coppola, and getting Independent Spirit award nominations for “My Family.”

Here, she’s doing it without losing the star charisma she displayed in Soderbergh’s “Out of Sight,” “The Cell” and her Golden Globe-nominated performance in “Selena.” Yes, her intro scene is great and she does a lot of physical work in the film, but what makes Ramona a great character and fine showcase for J-Lo’s talents is more than that. Lopez didn’t have such a strong part before; she’s funny, yet she has some very dramatic moments. She’s charismatic but she has her own weaknesses. She’s manipulative in a way that you keep wondering if her warmness and the way she takes others under her wings is a genuine way of her trying to help others or just a way to use them for her plans.

Critics probably needed to push her harder, given the film is not something that would appeal to major voters and many people still have a distaste for Lopez’s image. However, “Hustlers” was a great big step in her career in a way that she finally managed to get an independent film role over yet another major studio rom-com where she doesn’t get to do much. Her snub was harsh for her fans, especially in a weak year like this. However if she uses the goodwill she got from here and does more character work, who knows what future will bring.

8. Eddie Murphy – Dolemite is My Name

One of the biggest comebacks of the year has to be Eddie Murphy. The man was one of the best-known comedy actors in the world in the ‘80s and had an inconsistent but still decent run in the ‘90s with some great work like “Life” and “Bowfinger.” His 21st century filmography did not feature his best work, to say the least, even though he occasionally had his moments, including an Oscar-nominated and Golden Globe-winning turn in “Dreamgirls.” Murphy decided to come back – he hosted SNL once again, he’s going to back to stand-up, and he found the right role to showcase his talent.

Unlike most roles Murphy has played in this century, Rudy Ray Moore is an interesting figure with complex and contradictory emotions, and Murphy gets a chance to explore his personality. He was able to completely vanish into the character. Not only does he deliver a great performance, but it once again reminds people what kind of charisma he holds on screen and how he’s still one of the most gifted comic actors on the planet, because unlike some of the other work he has done, it’s a role that is he obviously deeply cared about; unlike, say “The Adventures of Pluto Nash,” this is actually a serious project written and directed by talented people.

We’ve yet to see what Murphy has still to offer to his stand-up fans, but comeback is glorious so far. It’s disappointing that he didn’t get a nomination, but seemingly his film was not even the third priority for Netflix, which had many films this award season. An honorable mention should also go to another comeback story: Wesley Snipes. He came close to stealing the show from Murphy even. It’ll be interesting to see what they will deliver again in the “Coming to America” sequel.

Maybe it’s a post-”Bohemian Rhapsody” effect or whatever, but despite “Rocketman” receiving much better reviews and being a much better film overall, it didn’t get the attention it deserves. Who knows if it’s because Elton John doesn’t have the same popularity anymore; if it was because of the release date; if it were for the fact that it was an R-rated film; or maybe unlike Rami Malek, Taron Egerton is not a popular name, but he was amazing in this film. İt only shows that singing with your own voice can be such a great instrumental element to your performance.

What was distinctive about “Rocketman” was that it was an actual musical where characters were breaking into song by adapting Elton’s songs into different parts of his life. Egerton is full of energy; his singing voice is great, but it’s more than just a terrific performance on a musical level – it also works on an emotional level. His scene with his dad in the middle of the film is heartbreaking.

Another honorable mention should be gone to Jamie Bell who – crazily – didn’t receive a single major nomination for his performance as Bernie Taupin. However, this movie is also a friendship story and some of their scenes together were special highlights. Not sure what turned voters off; maybe they liked him but it was just a competitive race, but Egerton would be a worthy nominee. Regardless, thanks to his performance here, he finally got some major recognition and will probably get better movie opportunities from now on. 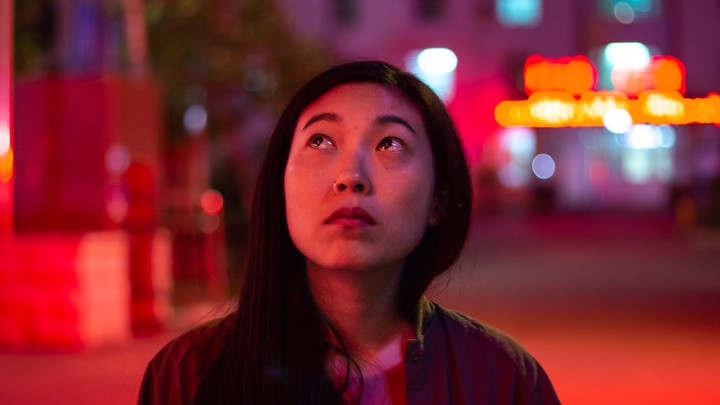 Maybe critics needed to push it harder, and it was interesting that they didn’t do enough to make it come to broader attention as they really, really loved the movie when it came out. “The Farewell” is an excellent film all around, a very warm story that can make your eyes get wet, but its not without its occasionally funny moments. Hopefully Lulu Wang will get more opportunities to tell such stories. And of course, some of the best parts of the film were the understated, nuanced performances. Awkwafina proved herself to be a very solid lead actress and her performance is mesmerizing. While she’s more focused, the show is almost stolen by Shuzhen Zhao, a veteran Chinese stage actress who has appeared in more than 100 plays for the Harbin Grand Theatre.

It’s unfortunate that Zhao, or “Nai Nai” as the internet refers to her after the film, didn’t receive much traction for the role. Sure, Laura Dern is great in “Marriage Story,” but she already had enough buzz. Wouldn’t it be great for critics to push Zhao a little more? Since it’s a type of film that needs more recognition to be widely seen. Awkwafina had a strong moment when she won the Golden Globe, but unfortunately it went unnoticed. Who knows what went wrong; probably many Academy members again didn’t bother to watch a film since it required to use subtitles, which are a damn shame as these two are giving two of the loveliest performances of the year.