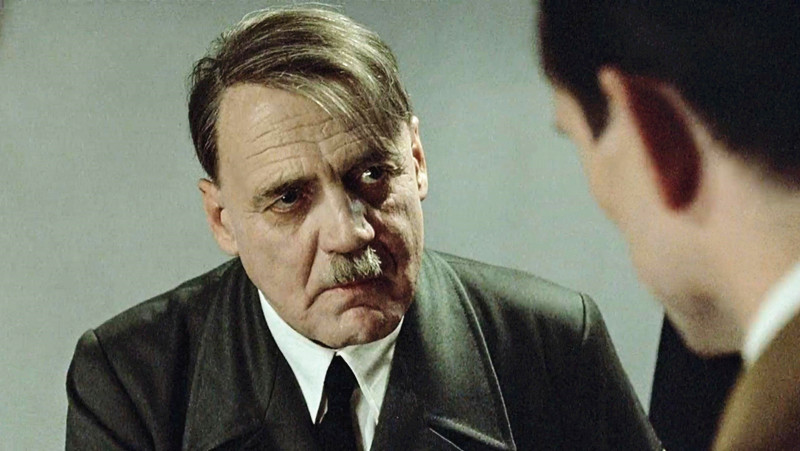 The relationship that develops between actor and audience is a strange one; it’s a projected bond no more real than a special effect in a film, and yet it comes with certain expectations.

A paradox and a pitfall of this imagined alliance is that while actors exist to portray anyone other than themselves, audiences still come to associate individual actors with a certain persona. Therefore, when a performer is cast in a different type of role, movie fans are often shocked – as if they never fully grasped the essence of acting in the first place.

Nevertheless, when an actor is cast against expectations, the result can be a real delight. When the talent and strength of character that helps to define an actor’s identity is applied to a surprising new role, a truly memorable performance can result.

Even when crossing into new genres or transforming their physical characteristics, the skill of a true artist still shines through. That is the case with these ten men and women who pushed the boundaries of their reputations to create some real movie magic. 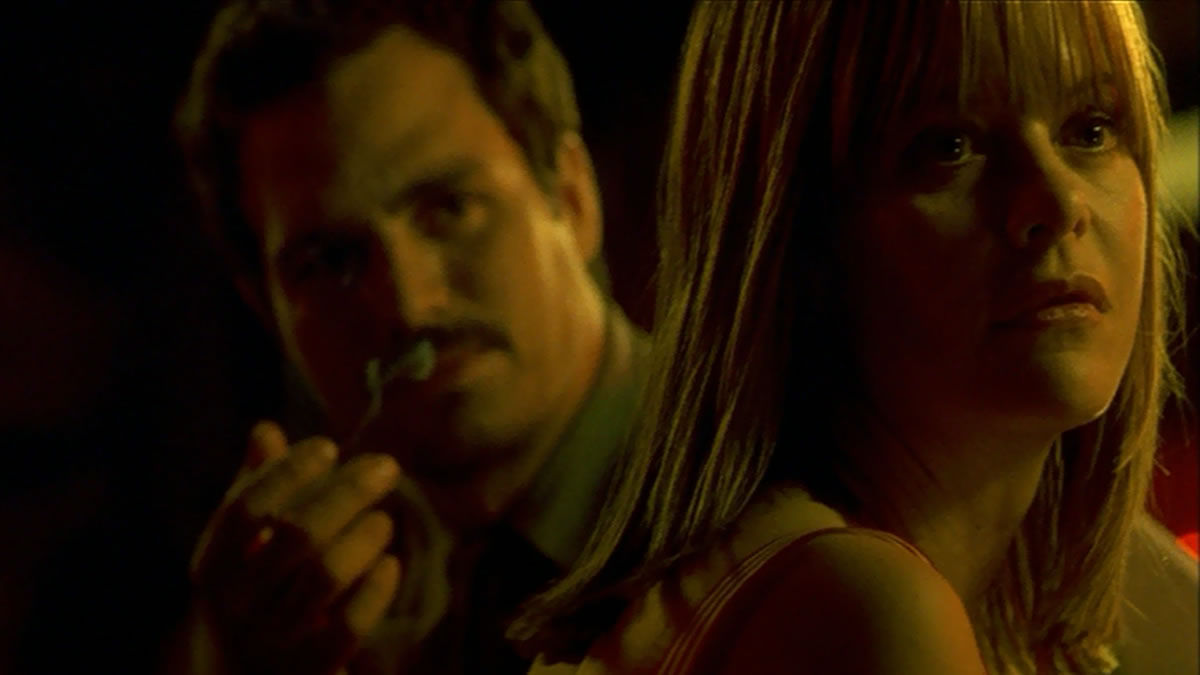 The 1990s witnessed Meg Ryan’s transformation into the newest reincarnation of the amorphous entity known as “America’s sweetheart.” Roles in You’ve Got Mail and Sleepless in Seattle positioned her as a delightful, loveable protagonist who was easy to root for.

But Ryan began taking conscious steps toward shedding that image by accepting the lead role in Jane Campion’s In The Cut. Her decision was an effective one, and watching Meg Ryan in this tense thriller gave the world a brand new perspective on her personality and her talents.

She plays a high school teacher and writer who stumbles into an unwanted adventure when part of a murder victim’s body is found in her garden. After being interviewed by a detective, the two begin an affair highlighted by her fascination with the sense of danger the detective brings to her life. But when she begins to suspect that the investigator may in fact be the murderer, the danger becomes immediately real.

Ryan brings an edgy vulnerability to her role which both enhanced and evolved the personality she had projected through her earlier acting work. In the Cut is one of the best examples of an often typecast star breaking the mold.

The zany antics of Robin Williams helped to make him one of the most recognizable presences in comedy, and his reputation as a funny man seemed to define his public image. But during the 1990’s, he began to take on more dramatic film roles which expanded our notions of his versatility.

Proving that he could convey warmth and sincerity as readily as he could incite laughter, Williams carved out a special place for himself as a multi-talented star. But in 2002 he took things a step further from comedy by playing the villain in the thriller One Hour Photo. The famed comedian emits an icy chill in a role which surely surprised many of his fans.

Williams plays a socially awkward photo lab technician who develops an unhealthy obsession with a family whose photos he has been developing for years. Unable to successfully integrate himself into the family’s daily lives, he begins stalking them in an effort to find blackmail material.

What he discovers threatens to tear apart the lives of his former customers, while his own obsession grows dangerously intense. Robin Williams finds a way to enter this character’s persona in an unsettling way which both lingers with the viewer and remains a testament to the unconventional talents of a Hollywood legend.

One of the legends of comedy, Peter Sellers was a truly rare talent. Few actors ever displayed such an ability to hold a viewer’s attention on screen for lengthy periods of time without any outside assistance; just his impeccable timing and talent for physical comedy were entrancing on their own.

But rarely had the star of the original Pink Panther films ever been given the chance to showcase his dramatic acting talents, and Sellers was determined to turn in a memorable performance once he found the right role. Chance the Gardener was a character that Sellers actively wanted to play, and it’s hard to imagine anyone doing it better.

Sellers plays Chance like a blank slate – a character with no personal agenda or preconceived notions. He’s a man who grew up sheltered from society, with only a television to teach him about the world at large. But when his nameless benefactor suddenly dies, Chance is sent into modern American society equipped with all the social skills of a newborn baby.

His journey is both comical and satirical, and our protagonist suddenly finds himself rubbing shoulders with powerful people who mistake his simplicity for cunning confidence. Peter Sellers left a profound gift to cinema and to his own career with this heartfelt performance for the ages. 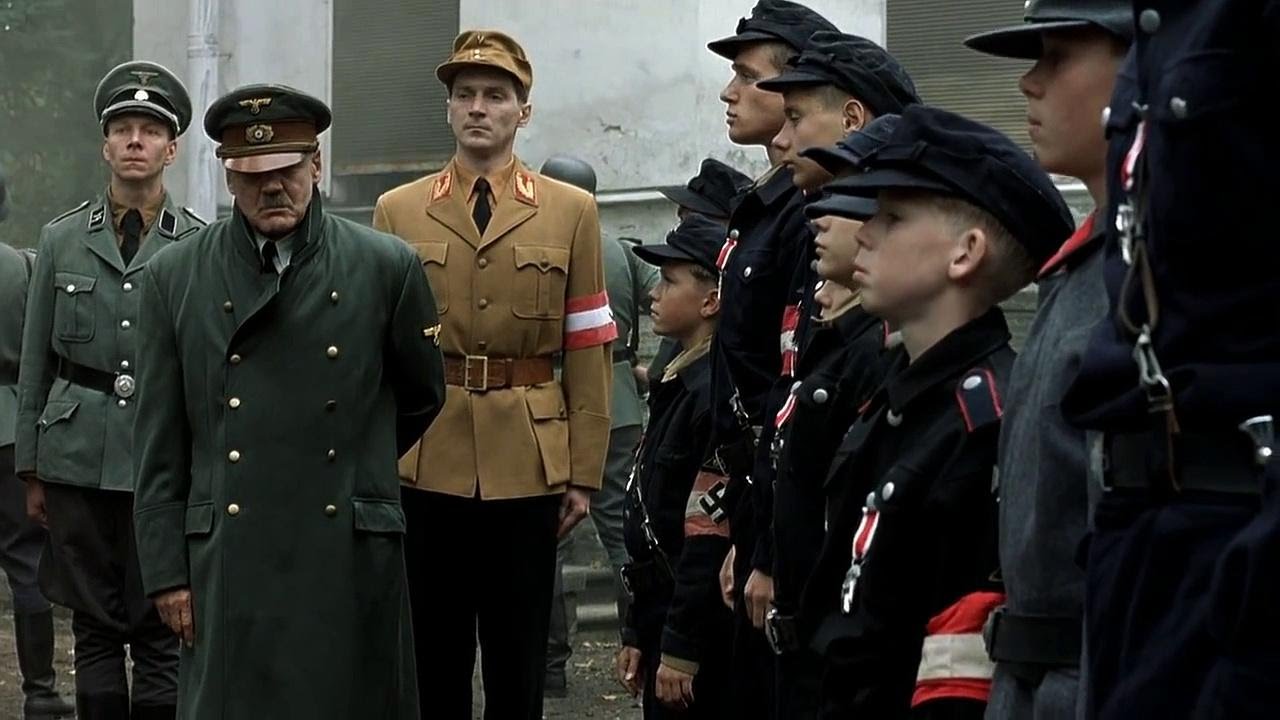 To many, the Swiss actor Bruno Ganz was the epitome of a calm, wise father figure. With his soothing voice and dignified bearing, it became easy to identify him with the actual angel he famously portrayed in Wings of Desire.

Though Ganz had a diverse array of character under his acting belt by 2004, a starring role as Adolf Hitler might not have been on the radars of movie fans. Nevertheless, he accepted the challenge for the film Downfall, which portrayed the final days of the infamous leader.

Much of the movie’s perspective is through the eyes of Traudl Junge, who was hired as his secretary in 1942. Within three short years, Hitler was hiding in his underground bunker as his empire crumbled around him. Fighting both real and imagined adversaries, he and his staff still struggled to consolidate their power while also preparing for imminent defeat.

It would be incorrect to say that Ganz is a revelation in this role, because his talent was already understood by any serious film student. But he does show viewers a whole new level of emotion with his intense performance, and in the process he introduced himself to a new generation of movie lovers who might have been unfamiliar with his earlier body of work.

It’s not hard to imagine the multi-talented Albert Brooks succeeding at whatever new role he might decide to take on. His comedic genius has long been unquestioned, and he’s certainly given us glimpses of his more serious side as well.

But audiences hadn’t really been exposed to a downright hostile Brooks until 2011’s Drive. He gives off an intimidating vibe that must have come as quite a surprise to many viewers. Hints of his range could easily be spotted in his prior voice acting work in Finding Nemo and The Simpsons, so transferring that versatility onto the screen probably came naturally to Brooks.

Drive is a film crowded with effective performances, but Brooks still manages to make a big impact with his limited screen time. He attacks his role with an attention grabbing passion which is a highlight of the movie.

Playing a mobster who’s pulling the strings behind a robbery gone awry while coordinating the movements of the getaway driver, Brooks shows us a volatile and violent side which keeps us riveted. In a memorable film, Albert Brooks gives a commanding and unforgettable performance.