Guillermo del Toro is having a golden period in his fascinating career. He is a much-revered director of fantasy and horror, blending the two elements effortlessly, and the crowd is largely anticipating his next film, “Scary Stories to Tell in the Dark.”

Despite the controversy surrounding the filmmaker’s recent Oscar win, the blend of gothic grim reality and fantasy always worked for the filmmaker. After the success of “Pan’s Labyrinth,” del Toro, with his writer Matthew Robbins, developed the script of “Crimson Peak,” but the project was postponed till late 2013 due to the filmmaker’s other projects in between.

Inspired by films like “The Shining” and “The Innocents,” it was a gothic romance with a great color prominence, evident from the film’s title. The production design was gorgeous, and the atmosphere was romantic yet terrifying by the hypnotic cinematography of Dan Laustsen, which created the necessary depth to the film. It was a box office flop, but the grotesque visuals easily achieved the feel of an Edgar Allan Poe novel, which was enough to grant this film a poetic horror status. 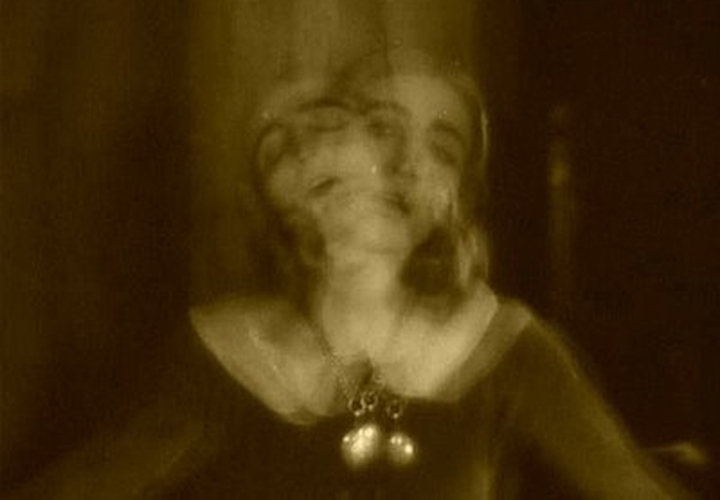 Just like the preceding film, this entry bears a close reference to Edgar Allan Poe, the gothic master. “The Fall of the House of Usher” was an early silent black-and-white horror picture, adapted from the short story of Poe of the same name.

In the fashion of the German expressionist films, this film uses distorted visuals through a prism to heighten optical illusion and necessary horror. It is a haunting film of death and resurrection, with necessary support from the visual flair of the cinematographer. The restriction of didactic sound didn’t compromise the film but intensified the uncanny feeling of the setting.

This film was also a technical marvel, using several techniques such as slow motion, superimposition, and terrific staging of the geometric visual space. It is a great film and one of the best cinematic adaptations of Poe’s writing. Very few films like this are still made today, where even a wind passing the curtain is felt by the spectator.

A reading of the plot summary of “Cat People” alone can give anyone goosebumps, but then the reader anticipates nothing of the brilliant visual execution by Jacques Tourneur on the screen.

An example of an early film noir, the subtle use of shadows in the film in place of actual monsters seems groundbreaking even to this day. This, in turn, forces the viewer to work on their imagination, not to maintain a passive role. Even then, it was unusual to make a film without blood and gore, and demanded excellent technical capability from the filmmaker to do so.

As Irena changes her persona frequently over the course of the film, the use of light and shadows change their course too. One of the best lit films of all time, the fantastic cinematography of “Cat People” manages to hold suspense throughout the running time and climbed it to iconic status.

Made at a time when the scissor of the censors shined and cast its spell on the filmmakers, “Eyes Without a Face” was carefully made to bypass any cut suggestions from different standards board. Despite all the precautions taken in the pre-production and the production stage, it fuelled controversy upon its release in the European market. The American version was even more severed. It was dubbed, retitled, and re-edited before its release in the theatres.

In retrospection, though, this poetic horror was largely applauded, initially started by the French press in the 1980s. The influence of Jean Cocteau’s poetic style is prominent in the film, and in return, it also influenced several future filmmakers. John Carpenter once said that the Michael Myers mask was created inspired by “Eyes Without a Face.”

This film has images of terror and gore, but it is also a very poetic and lyrical representation. The atmospheric mood created by Georges Franju is so powerful that even after the last frame passes, the mood stays long with the viewer.

One of the most influential films of all time, Charles Laughton’s “The Night of the Hunter” was placed only after “Citizen Kane” as the best film of all time in the 2008 issue of Cahiers du Cinema. The acting chameleon’s first directing job was a moody, expressionist exercise reminiscent of the silent era.

The cinematography had associations of good and evil through the use of shadow and dark. Powell, the serial killer’s menacing character, and the fear of the children was easily presented on the screen through the disturbing atmosphere. Dread and madness are omnipresent in the film, and the film transcends genre labeling, which works equally good as a drama, thriller, and film noir.

The music by Walter Schumann is full of great virtuosity, and the acting by the whole cast is commendable. Despite this, the film was poorly received. Robert Mitchum’s image of looking into the camera is one of the iconic frames of a boogeyman in the history of cinema, and it is a travesty that Laughton didn’t direct another feature film again due to the poor critical and commercial response in his time.