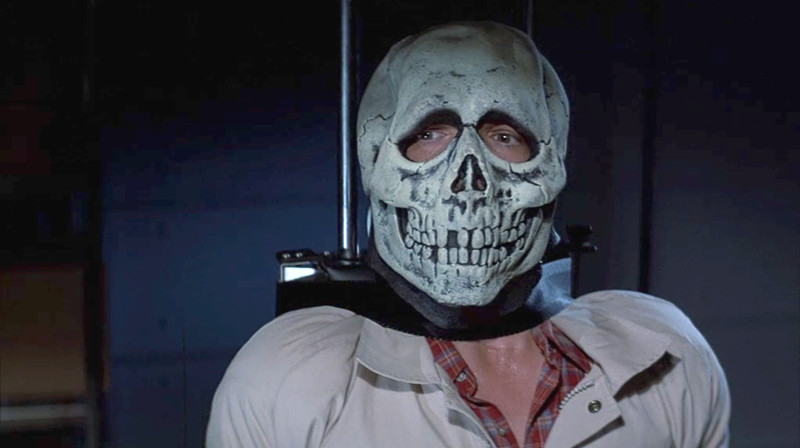 Horror movies turn into franchises more often than any other genre. It often brings financial success, but the critical reception of sequels goes down-spiral. The thing works simple, you have one film that becomes a considerable success at the box-office and earns critical acclaim.

While the former often becomes the reason to make a sequel, the latter is almost completely ignored. As a result, you can see the quality and the logic of the first film slowly dying from sequel to sequel. This leads to a common belief that sequels being nothing, but the cynical way of duplicating the box-office success of the first film, simply luring the audiences with the title.

While mostly it is true, some of the horror movies sequels manage to maintain the same level of quality, as the original film. But, all in all, a sequel remains a synonym of poor quality when it comes to horror movie franchises.

Some of the horror movie sequels are considered bad just for being sequels, others for being misunderstood upon the release. But in retrospect, it turns out that some second-third-fourth-fifth and so on instalment of the franchise is not that bad, as it was considered for the last twenty or thirty years. The following list consists of underrated horror movie sequels that are better than you think. 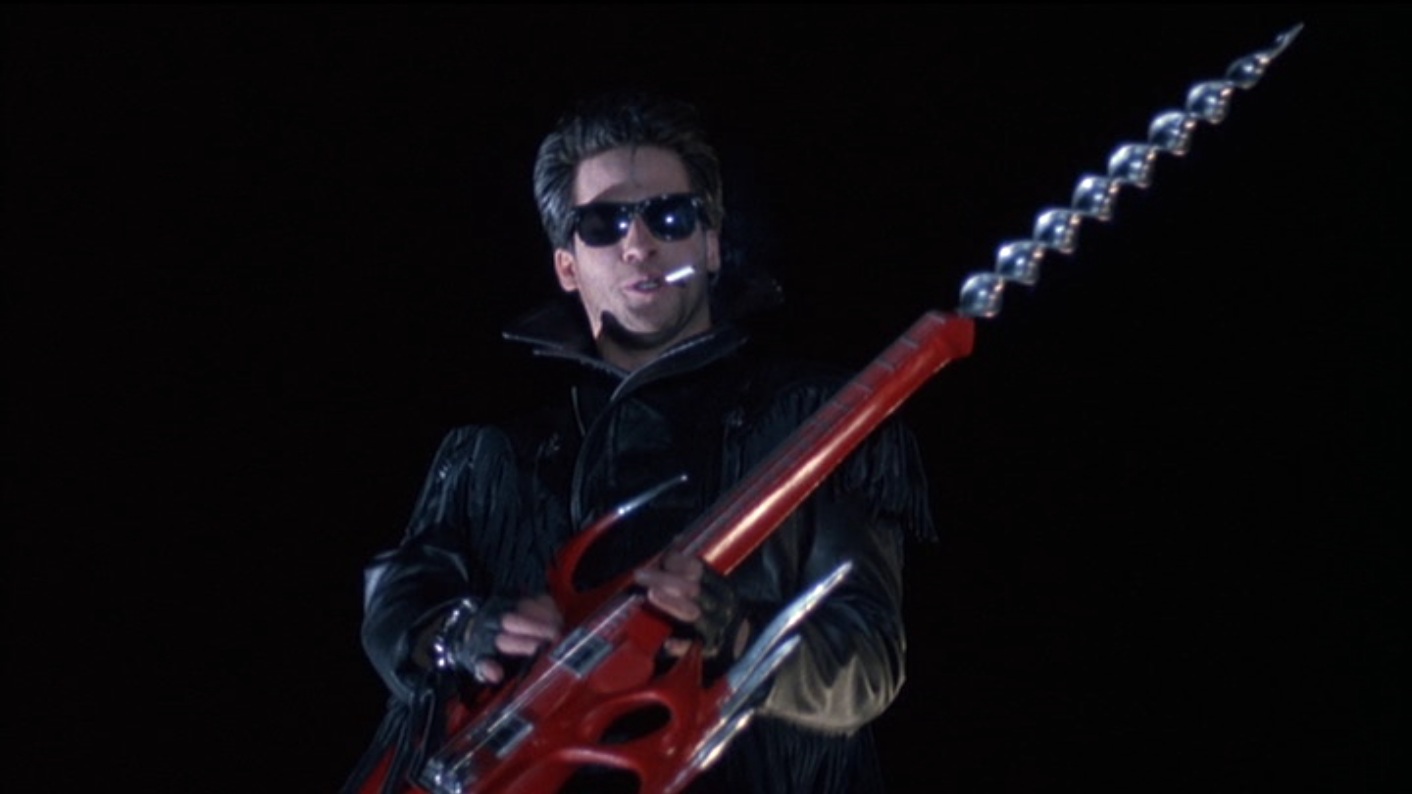 “Slumber Party Massacre” was a misguided production. The screenplay was conceived by feminist activist Rita Mae Brown as a spoof of slasher genre, but the producers decided to make an actual slasher. As a result, viewers were exposed to a half-baked flick, which fails at being both a comedy and a horror film. Still, the movie managed to gross over $3 million on the $220,000 budget, so the sequel was greenlit.

While one can expect a simple redoing of the first movie, “Slumber Party Massacre II” took an absolutely different approach. The sequel follows the characters – although portrayed by different actors – from the first movie, who are now being haunted by the killer with the power-drill attached to his guitar in their nightmares.

Unlike the original film, “Slumber Party Massacre II” manages to maintain the balance between a slasher film and a comedy. Another interesting thing, at the very first glance, it’s just an over-the-top cheesy slasher film, but if you give it a second thought “Slumber Party Massacre II” is a surreal portrayal of PTSD fused with fear of losing virginity. 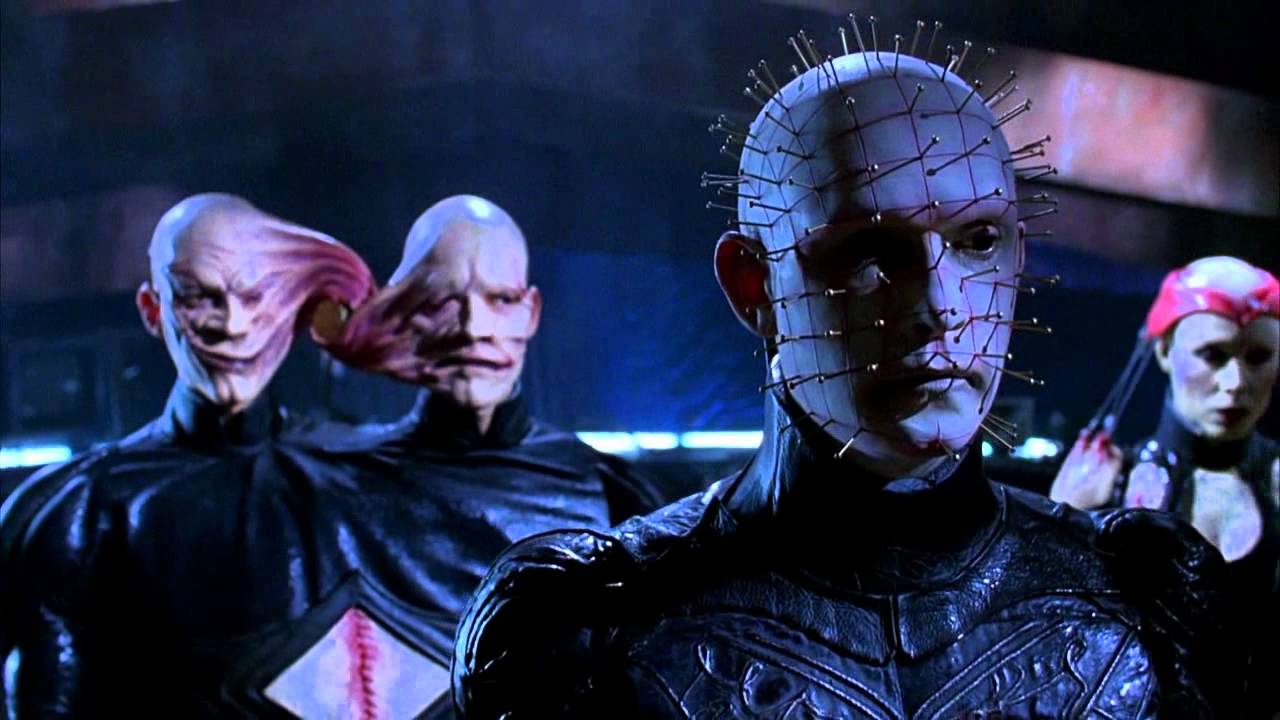 You can understand why “Hellraiser: Bloodline” is considered bad from the opening credits. First of all, it is directed by Alan Smithee. It was originally directed by Kevin Yagher, but after producers demanded re-shoots and change his original vision of the picture, he left the production. As a result, Joe Chappelle was hired to re-shoot and add new scenes. Secondly, the movie opens in 2127 on the Space Station Minos. Finally, it is the last official involvement of series creator Clive Barker, and the last instalment to be released theatrically.

First four minutes of the movie can easily confuse viewers, as it feels like a cheaply shot spoof of “Terminator” or “Alien”. But then the movie starts to feel more like “Event Horizon”, which was released a year later. But unlike Paul W. S. Anderson’s flick, the protagonist of the fourth instalment of Hellraiser-franchise is not trying to open hell in space but tries to close its gates for good.

You can kinda understand why Hellraiser took to space that quickly. The third instalment had already shown us hell on Earth, so going to space was the only logical direction. But there is no need to worry, “Bloodline” is no “Jason X” (2002) or “Leprechaun in Space” (1997), as the space station scenes take around 15% of movie run-time. The movie mostly consists of flashbacks from 18th century’s France and 1990s America.

So, how a movie with all the ingredients for a bad sequel can be considered underrated? “Hellraiser: Bloodline” is in no way a great movie, but it still manages to be interesting for its bold choices, even if they didn’t pay off as intended. In no way you get the feeling that the movie’s production was approached absolutely cynical. The actors are trying their best to make characters likable.

The movie manages to pull multiple story-lines in the less than 90 minutes running time, without leaving the viewers wondering who’s who and what’s what. And we finally get to know the history of the Lament Configuration’s creation, even if it doesn’t make much sense. The actual weak point of the movie is its ending, which turns into mindless gore-fest, and if you are familiar with Joe Chappelle’s coffee-spilled-on-editing-machine style, you can easily assume that he directed it.

The worst thing that a horror sequel can do is to abandon its main antagonist. That was precisely the reason, why the third instalment of the Halloween franchise continues to get bad reviews. While looking at the franchise in the retrospect, Michael Myers seems inseparable from the Halloween movies, but it wasn’t a case in the early 1980s.

Michael Myers was ultimately killed in “Halloween II”, which prompted series creators, John Carpenter and Debra Hill, to opt for an absolutely different story for the third instalment. And there comes the story of an Irish Halloween mask manufacturer trying to sacrifice millions of children to celebrate Samhain via fusion of occult and technology.

Fans of the franchise have condemned the film for lacking Michael Myers (an unfair complain, as the movie obviously takes place in the different universe, where “Halloween” is also a movie).

But not having The Shape in it, is the only sin of the movie, if doing something differently can be considered a sin. Despite the low budget, the movie has a perfect production quality. Despite not having anything to do with the first two films plot-wise, Season of the Witch maintains the same sinister atmosphere. It also was the last instalment in the franchise, until the 2018 sequel, with John Carpenter producing and scoring the film.

While the film may be an homage to “Invasion of the Body Snatchers” (1957), rather than the movie, which is often considered to be the origin of slasher genre, “Halloween III” has more to do with the holiday than its two predecessors, which used Halloween as a tool to unfold Michael’s killing spree.

Film’s creators often said that the film might have got a better initial reaction, had it not been released under the Halloween moniker. Still, almost 40 years since its release, “Halloween III: Season of the Witch” enjoys a dedicated cult following. 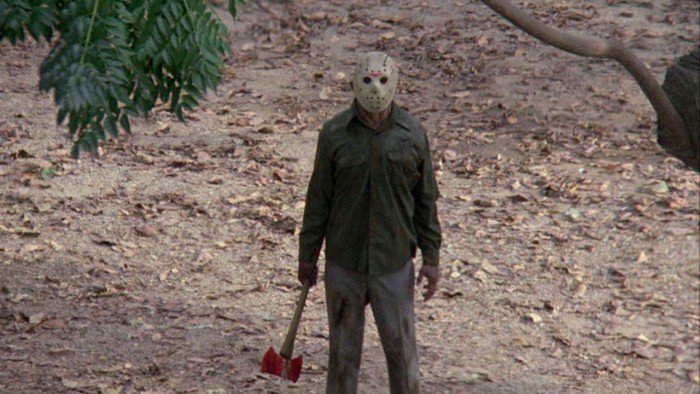 Friday the 13th franchise, despite being extremely popular among horror fans, has never been popular among film critics. Paramount Pictures, despite the financial success, was somewhat ashamed of the franchise, which led them to kill the series main antagonist in the fourth instalment.

But fans were asking more, so in 1985, less than a year since the release of the previous movie, which was subtitled “The Final Chapter”, “A New Beginning” was released. The reception was lukewarm, which resulted in $21 million box office gross ($10 million less than its two predecessors) and a pathetic 16% score on Rotten Tomatoes. So, what went wrong?

By 1985 Jason Voorhees became an inseparable part of the franchise, even though he was dead from the very start in the first instalment. So, the fans were expecting to see their beloved machete-wielding maniac. Of course, they were disappointed with the Scooby-Doo-esque plot-twist, which prompted Paramount to resurrect Jason in the next sequel.

But if you can understand the outrage of “Halloween” fans about the third sequel lacking Michael Myers, “Friday the 13th” fans reaction to the fifth instalment is a bit confusing. If Myers was the “Halloween” antagonist from the very start, Jason Voorhees became “Friday the 13th” main anti-hero only in the second film. So, Scooby-Doo-esque plot twist wasn’t something new for the franchise. And there were a lot of things that “A New Beginning” did right.

It is the first instalment that doesn’t take place near Crystal Lake, and it fares in it way better than “Jason Takes Manhattan” (1989) or “Jason X” (2002). And the movie, corresponding to its title, maintains the perfect balance between being the typical Jason movie and something new.

After all, the movie was bold enough to stand by the fact that its predecessor was indeed “The Final Chapter” for Jason Voorhees. And considering its ending, one may only wonder what the franchise might have looked like now, hadn’t Paramount brought Jason back to life in the next sequel. 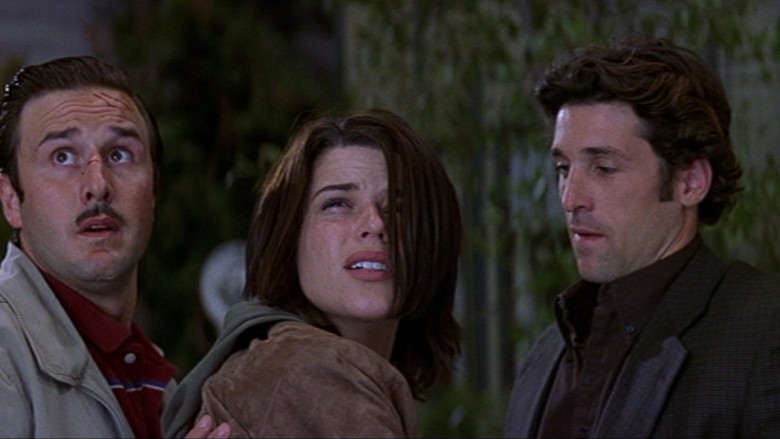 Among all the slasher film franchises, “Scream” has a special place. Unlike other films where writers find a clumsy excuse for the killer to come back, although he was obviously killed in the previous franchise entry, or avoid any explanation at all, Wes Craven second successful attempt at shaping the horror genre remained consistent most of the time.

So, how come that the third instalment of “Scream” has only 36% on Rotten Tomatoes? Well, there are some obvious reasons. The tongue-in-cheek references to horror classic are not as smart as in the first and second instalments. The comic reliefs are mostly clumsy. A lot of reviews claiming that “Scream 3” is the worst entry in the franchise. But when you take into consideration everything that this sequel did right, you may see that it is underrated.

First of all, the film was written by a different writer. As Kevin Williamson, the author of two first movies, was involved with other projects, the only thing he could provide was the 40-pages outline for the potential film, Miramax then hired Ehren Kruger. Considering the fact that Kruger had to work on characters that were developed prior to his involvement he’d done a perfect work, as while watching the movie you can’t say that anyone acts out of character.

And while the identity of the villain and his backstory in “Scream 3” seems bizarre at first glance, in the end, you can’t say that it doesn’t fit in the plotlines and timelines of the previous instalments. All in all, “Scream 3” may not be the best sequel, it is still a perfect concluding part, which makes one wonder why anyone even bothered making “Scream 4”.

319
SHARES
FacebookTwitterSubscribe
Subscribe via Email or RSS Feed
Pages: 1 2
Comments (5)
Horror Movie Sequels That Are Better Than You Think