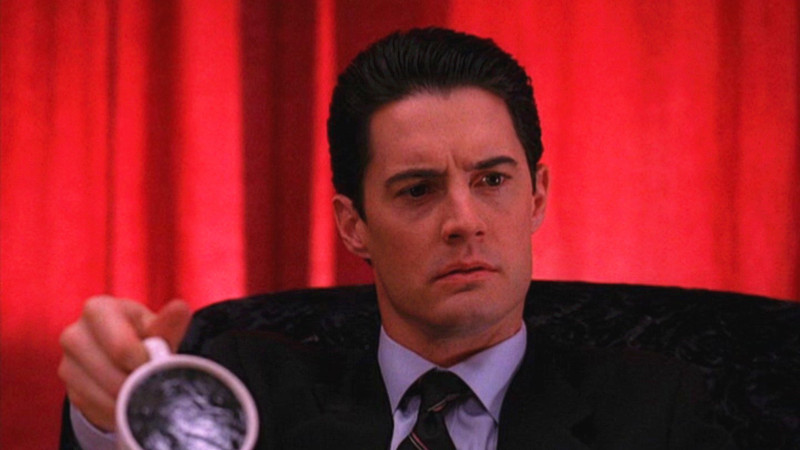 When FBI Special Agent Dale Cooper arrived in Twin Peaks, his mission was clear: the homecoming queen, Laura Palmer, had been murdered and Cooper was there to crack the case. But the investigation that followed led him into a labyrinth of secrets lurking just under the surface of the small town, and those secrets often threatened to obscure his primary objective of solving the murder mystery.

As time passed, Cooper discovered that this hidden, or occult, side of Twin Peaks was in fact directly related to the visible events which had drawn him there in the first place. And so it is with all occult laws of nature: the mysterious and the inexplicable parts of life are governed less by magic and chance than by hidden sets of cause and effect which begin to turn the gears of visible events long before they become manifest.

It soon became obvious to any thoughtful viewer of Twin Peaks that its creators were lifting the veils off some topics not often tackled by primetime television, and the show explored these occult themes unapologetically. Though the work of David Lynch is filled with supernatural ideas, these ideas are often obscure and unnamed; his collaboration with Mark Frost on Twin Peaks brought a wonderful clarity to otherwise difficult concepts.

Co-creator Frost has made no secret of the influences which informed his pen while writing Twin Peaks, and the occult references are in fact quite easily apparent. In an August 1992 interview with The Independent, Frost admits “The whole mythological side of Twin Peaks was really down to me, and I’ve always known about the Theosophical writers and that whole group around the Order of the Golden Dawn in the late 19th, early 20th century—W.B. Yeats, Madame Blavatsky and a woman called Alice Bailey, a very interesting writer.”

Therefore, this list contains no imaginative speculation and requires no recourse to bizarre fan theories – the script and the creators of Twin Peaks speak for themselves. So, let us peer beneath the ostensible story of this legendary series to uncover the hidden elements which will clarify our own investigations.

Warning: Spoilers lie ahead for those uninitiated into the world of Twin Peaks.

1. The Black Lodge and evil societies 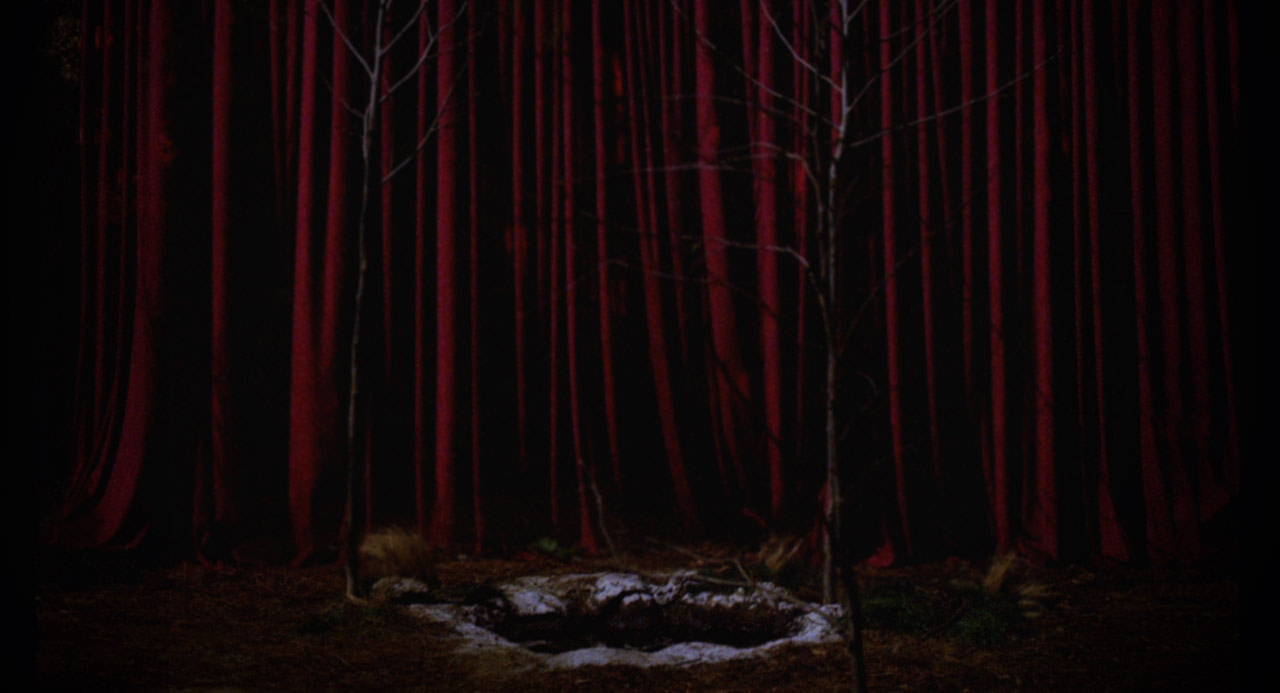 The Black Lodge featured prominently in Twin Peaks, which took care to give it a tangible presence and appearance. Hawk described it as “a place of dark forces that pull on this world. A world of nightmares.” Some residents of Twin Peaks were aware of “the evil in these woods,” where various evil spirits resided, and took active steps to combat it.Nevertheless, The Black Lodge remained an insidious force throughout the series, with glimpses of its nature being given during scenes featuring The Red Room.

The existence of Black Lodges is an important occult concept which has been given plenty of consideration by initiated authors. Perhaps most prominently, Black Lodges are discussed at length in the book Psychic Self-Defence, by Dion Fortune. Fortune was an occultist with ties to Theosophy in her early career, and her writings remain influential today.

“That’s right, that’s exactly where I got the Black Lodge from” answers Mark Frost when asked about the book during the previously mentioned August 1992 interview with The Independent. Fortune explains Black Lodges as sinister centers of influence where black magic is practiced by unscrupulous characters.

2. The White Lodge and Ascended Masters 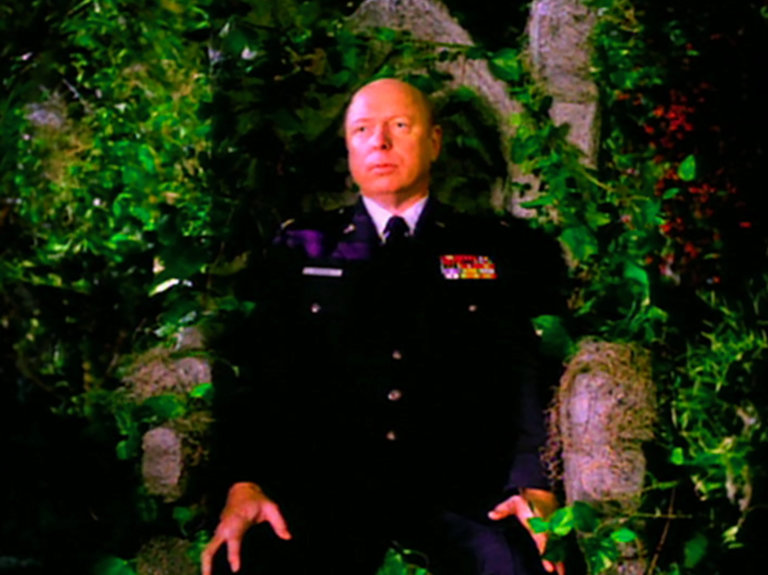 Everything that The Black Lodge is, The White Lodge is not. In fact, The Black Lodge is described as the “shadow self” of its White counterpart, which is “a place of great goodness” where virtue thrives and beneficent spirits operate. It, too, has a rich history rooted in occult teachings about groups who work behind the scenes of humanity to promote wisdom and progress.

Though Dion Fortune makes mention of a “Great White Lodge” in Psychic Self-Defence, the majority of occult lore on this topic comes from other sources. Alice Bailey and other Theosophist writers frequently mention the “Great White Brotherhood,” which is composed of “Masters of the Ancient Wisdom” who help direct the spiritual progress of the human race. Some difference of opinion may arise over whether its members are living or dead persons, but the belief in the existence of such a lodge is generally agreed upon by occultists.

3. The Dweller on the Threshold – the final spiritual test 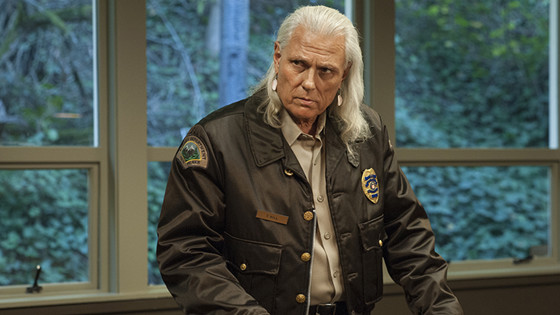 Here is an important concept which Twin Peaks specifically references only in passing, but which is full of meaning. Its occult significance merits mention here, if for no other reason than to spark further investigation by those whose attention it catches. Hawk describes to Cooper The Dweller on the Threshold in the following passage: “My people believe that the White Lodge is a place where the spirits that rule man and nature reside.

There is also a legend of a place called the Black Lodge. The shadow self of the White Lodge. Legend says that every spirit must pass through there on the way to perfection. There, you will meet your own shadow self. My people call it The Dweller on the Threshold… But it is said that if you confront the Black Lodge with imperfect courage, it will utterly annihilate your soul.”

Facing The Dweller on the Threshold is one of the final tests for the seeker on the verge of attaining spiritual maturity, and the battle can either free or crush the soul of the aspirant. Since Mark Frost is an admitted student of the writings of Alice Bailey, let us refer to her definition of this mysterious entity: “This Dweller is the sumtotal of all the personality characteristics which have remained unconquered and unsubtle, and which must be finally overcome before initiation can be taken.”

The role and identity of The Dweller on the Threshold in Twin Peaks may be reasonably up for debate, but one cannot deny its intentional insertion into the occult lore of the story. 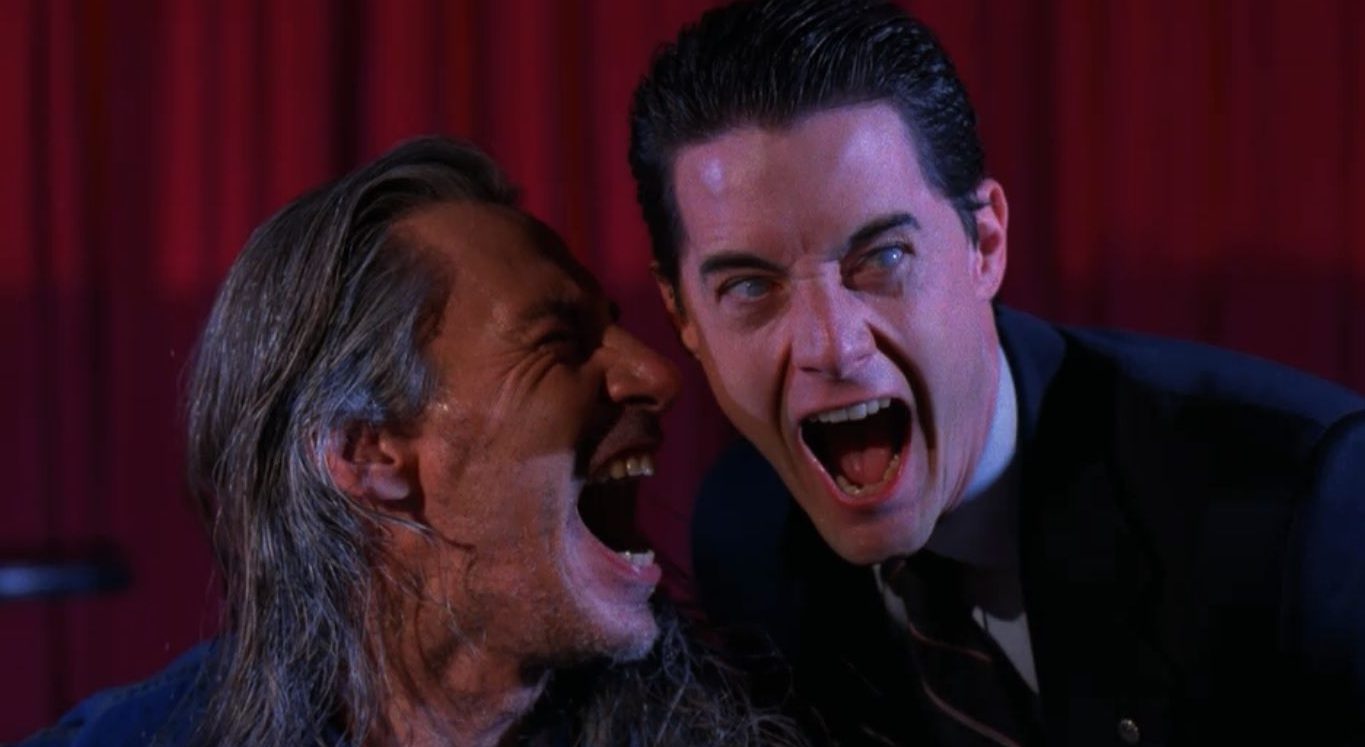 Twin Peaks had no shortage of doppelgängers, and it seemed that nearly every major character had a shadowy double lurking somewhere around the corner. Originating from the Black Lodge, these cloudy-eyed twins surfaced many times throughout the series, bringing trouble in their wakes. L

aura, Leland, and Cooper’s doppelgängers featured most prominently, and often carried cryptic messages meant for Cooper and the audience to decipher. Viewed in this way, the doppelgängers seemed to function as hidden elements of the consciousness which the main characters needed to understand.

The doppelgänger motif has appeared in painting and literature for centuries, and is commonly described as the “double” or the “evil twin” of a person. But a closer inspection reveals that the doppelgänger is most correctly viewed not as an entity separate from oneself, but rather as a manifestation of the hidden side of one’s personality.

The fact that the shadowy being is often perceived as evil can be attributed either to an individual’s ignorance of his or her dark side, or by a prolonged attempt to hide that sinister half from public view.

Left unconfronted, a doppelgänger may work ruthlessly to undermine or ruin the life that one has built; at other times, the doppelgänger may appear only briefly to warn of an impending momentous event. Understanding the origin and purpose of the apparition is critical to responding properly. 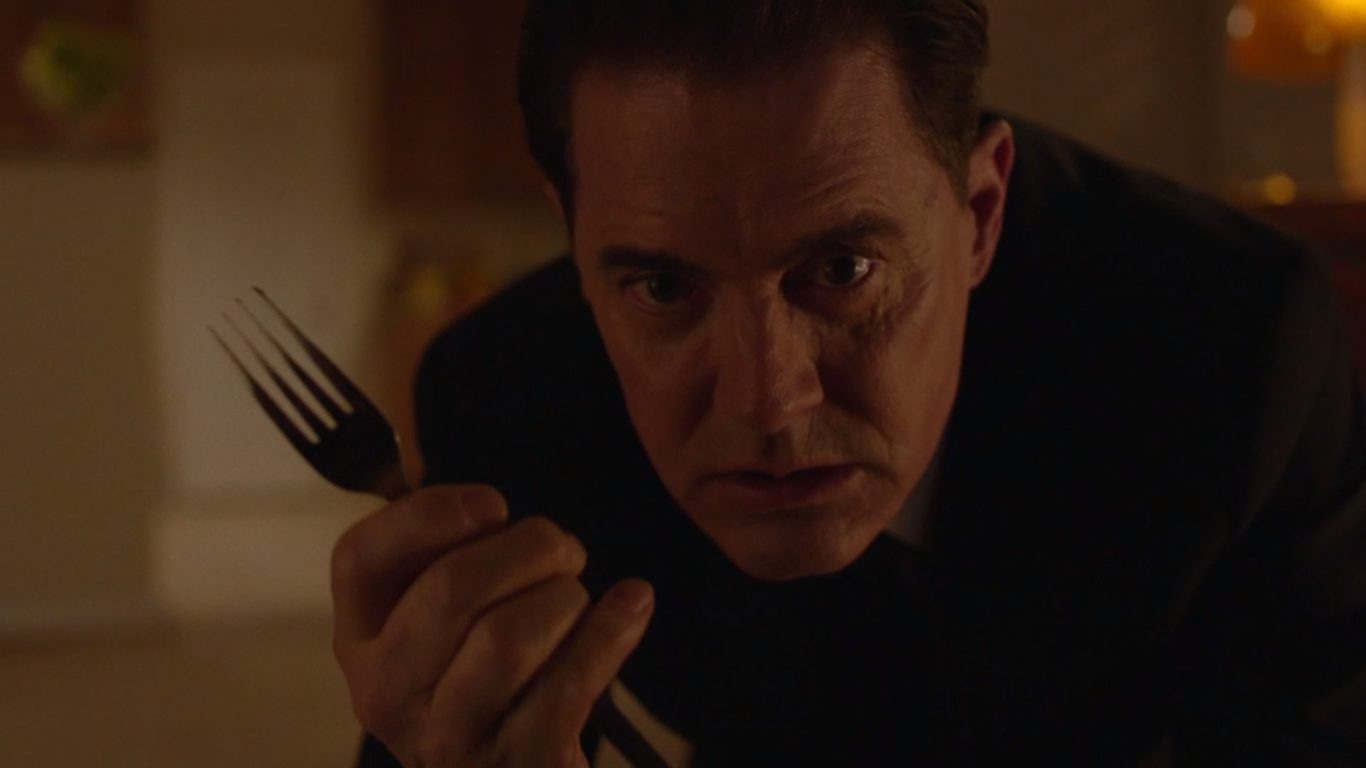 Electricity is an obviously recurring theme throughout much of Lynch’s work, including Twin Peaks. From slow pans along power lines, to the sight of Cooper’s clones manifesting from electrical sockets in Season 3, to the existence of the mysterious Electrician above the convenience store, it comes as no shock that great significance is attached to the concept of electricity.

Though many details remain shrouded in mystery, much can be learned by observing how power lines and electricity seem to be used to transmit energy, evil, and even various versions of Cooper himself.

Briefly touching on the concept of the Astral Body seems the best way to prompt an exploration into the occult meaning of electricity in Twin Peaks. Many occultists believe that the Astral Body, or the “etheric double” of a person is built up by the emotional energy which that individual nurtures and sustains. It is the Astral Body that constitutes the essence of “ghost” sightings, and its etheric substance is closely related to electrical energy.

Thus, when Cooper’s double emerges from a power socket, an astral, or electrical, body is clearly implied. Likewise, the evil energy which haunts the entire series is often linked to the transmission of electricity, which has perhaps been enhanced by the atomic explosion which we witness in Twin Peaks: The Return.