A dream job before 30, getting to shoot your first feature length before a true mature age, what more can a young artist ask for? It was not like that for the greats that we now learn in film school. They are always a medium for change, using their talent even from an early age to leave us wanting more, and none of them disappointed. All the artists in this list would certainly leave a mark in their work, and their young endeavor would bring them into the hall of fame in the history of filmmaking.

Youth is change, new generations are the future, this is certainly what this talented group want to tell us. There is something in the Wunderkind effect that is true for all cultures and all periods. The young genius walking towards glory is now an archetype that we are going to closely examine in our list. A lit of the movie masterpieces made by directors before reaching the age of 30.

We are always tempted to say ”no further comment” after mentioning the two names side by side. The timeless film and the charismatic director. Name recognition is very big in the world of today, and we are often tempted to think in terms of “the best”, a competitive society is always looking for its greatest fruits.

Welles passion for film is clearly seen and his touch for aesthetic is perfectly felt. He is the centerpiece of the whole project. There is no Kane without Welles. Welles brought in his acting persona, his theatre experience and his clear vision to be innovative in the field of filmmaking all at one to burst out in Kane. Welles’ presence in the film is key, but it’s not the only one that has kept it in the heavenly realms of the cinematic form.

Kane is using special effects without anyone noticing that they are playing out as the story is unfolding. It’s a classical Hollywood tale that feels so ahead of its time. A classical American tale that is transcending the cultural regions of the US. It’s a full enjoyment of everything the screen has to offer.

The early 20th century was bursting with creativity. The young talented artists Dali and Bunuel were at the tip of the avant-garde. Un Chien Andalou is a statement of the spirit of the age. Bunuel took psychoanalysis and surrealism and brought them to the screen.

A film with no logical order, yet with clear emotional undertones. It plays to our psyche, mostly to our unconscious mind. The talent that Dali and Bunuel had is clearly displayed in every frame of the film. They inspired each other and combined their gifts to bring in this early masterpiece.

Un Chien Andalou is a youth film, it brings out the rebellion of the young artists trapped in turbulent times, through the mediums they understood, and through the forms in which they can express themselves. It’s a great on all the happenings of the 20th, not said directly, but indirectly through suggestive imagery and symbolism.

A director wants to show off all he knows in his early babies. It’s really amazing when such young talent gets a chance to show off everything he knows, freely and openly. Un Chien Andalou is speaking about the feats that have been mad intellectually and the discussions that have been started morally during its time.

Another child of the early 20th century avant-garde is Sergei Eisenstein. The Soviet pioneer of montage also gave everything he got into his film that has become almost a textbook in all film schools – Battleship Potemkin. Potemkin like Kane often tops the lists of best films in various polls and lists.

Potemkin is just like Kane a film many can learn from. It seems that this is a leitmotif among the best films, that they are great because so many others from the same craft can learn from them. They stand not to never be overcome, but through their innovation the art of filmmaking to be inspired and improved.

Being a pioneer film just like its author, Potemkin opened the possibilities for film that would guide it in the first half of the century. Another great aspect about the film it’s the quotability in other works of art. A lot of homage is payed to it in other films, paintings and works of literature.

Despite its innovativeness, Potemkin at the end of the day is a propaganda film. It seems that politics was really driving the arts in the time period, that does not take away one inch from Potemkin. The ideological feelings of Eisenstein are so imprinted into the film that it seems it can never exist without them. 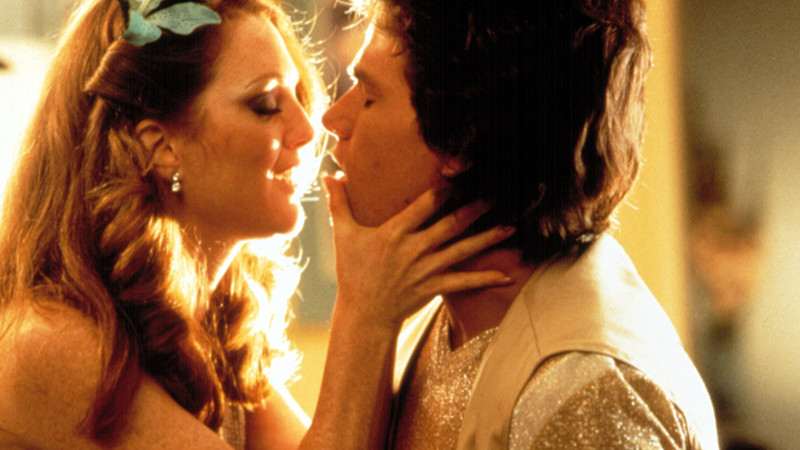 A young director making a movie about pornography? Nothing strange or out of the ordinary here huh? In Boogie Nights PTA would start what he will continue to do through his career- create films that are not made in the period they describing, but are a great statement of it.

It’s ingenious how PTA did all this at such a young age. The concepts that he tackled in Boogie Nights really broke the glass ceiling and he was catapulted into the filmmaker hall of fame.

The Czech New Wave was all about how young filmmakers bid farewell to old concepts. Not just in film, but also in the society and political structures that surrounded them. Closely Watched Trains is the second film from the East that we are looking at, it’s the first however that we discuss that is made after the fall of the Iron Curtain.

It tales the tale of adolescence in World War 2. Human emotions and needs are always existent, even in the darkest of times and even in the most difficult of situations. Some of them are so key to our being that they come in sometimes humorous fashion. All New Waves are concerned with the little fellow, what more little can you get than a train watcher in a small town.

Coming of age was a very big theme in the new wave. It was one of the taboos that lasted for a long time and what the young rebellious spirit of the 60s wanted to tackle. The growth of the main characters is inseparable from dealing with his inner most desires, as the world around him is engulfed into chaos.