2018 was a stellar year for cinema. Whether it was repackaging the old glamour of Hollywood in A Star Is Born, reinventing superhero movies in Spider-Man: Into the Spider-Verse, the unique slow-burn thrills of Burning, or Alfonso Cuaron going back to his youth to provide his best film in Roma, the year was chock-a-block with beautiful personal visions that made going to the cinema worthwhile once again.

As is wont to happen every year, some fine films were lost in the deluge of great cinema. Whether they were unfairly panned, morally divisive or simply ignored, there were many films that flew under the radar and did receive the kind of critical attention they deserve.

This list, spanning from bold blockbusters to smaller indie experiments, shines a spotlight on those films that felt somewhat unloved in the past year. Whether it’s simply a matter of timing or a controversial subject matter, we believe these films deserved better critical scores, movie awards and box office receipts.

Do you believe they deserve a reappraisal or they were underrated because they actually weren’t very good? Or is there something that you think deserves to be on the list? Sound off in the comments below! 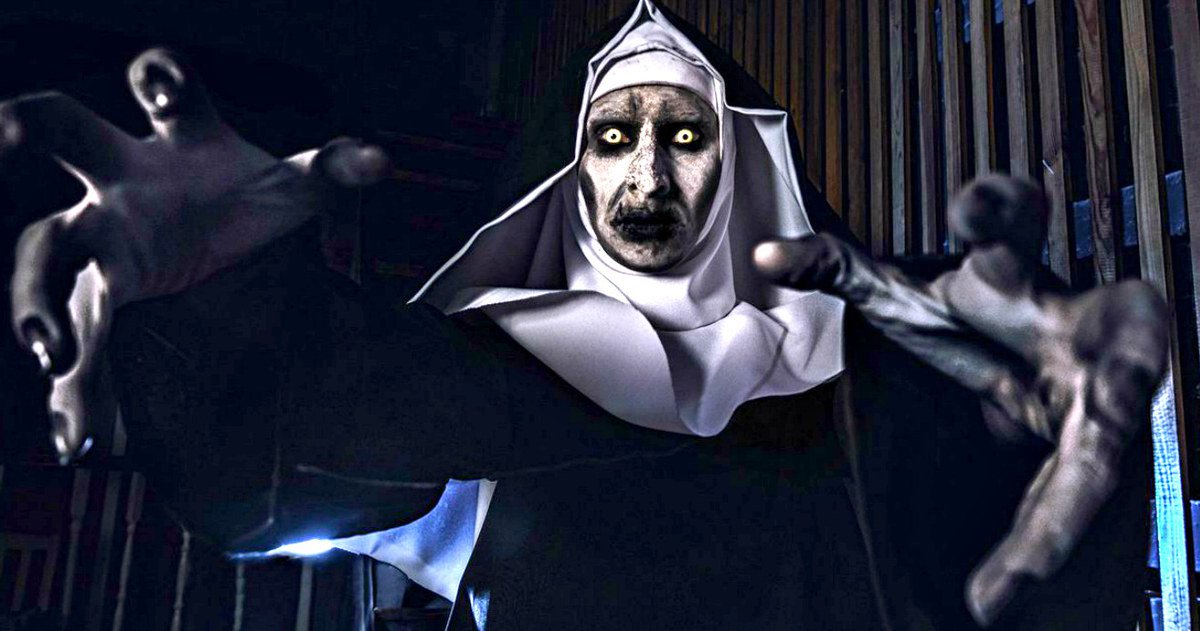 The Conjuring franchise is one of the most exciting of shared cinematic universes; framing the eternal fight between good and evil within an explicitly Catholic framework. The Nun gave the story of the Warrens extra scope, serving as an origin story of The Conjuring 2 through old-school grand guignol scares.

Set in and around a haunted nunnery in Romania, The Nun may be a little shoddy from a narrative standpoint – unsure whether it wants to be an action-adventure tale or a genuine horror – yet once we get inside the scary building, it delivers some of the best thrills of the year.

Horror is used here to create direct cathartic experiences that speak to maintaining faith in a world that has been subsumed by darkness. Taissa Farmiga is a genuine scream queen, her white novice habit strikingly contrasted against the black of the nuns who have given over to the dark-side.

Never allowing the viewer to understand what’s real and what’s fantasy, it provides an apt metaphor for believing in goodness in the midst of such genuine evil. The vast majority of critics thought otherwise – giving the film a paltry 26% on Rotten Tomatoes – yet The Nun is worthy of reappraisal through its swirling camerawork and Hammer Horror-inspired colour palettes alone.

The visceral appeal of The Meg is simple: Jason Statham gets to fight a gigantic prehistoric shark. Although it made over half a billion dollars at the box office, it couldn’t command much critical love, with only 45% on Rotten Tomatoes. Critics argued it was either not good enough or not trashy enough, Disney veteran Turteltaub preferring to turn up the cheese than the thrills at almost any possible moment.

Despite these claims, The Meg more than delivers; offering a solid B-movie adaptation of Steve Alten’s beloved novel. Jason Statham finally gets the massive leading role that he deserves, and he moves between droll humour and strong action chops with ease.

The massive shark itself is a terrifying CGI construction, and the many twists along the way make The Meg a highly enjoyable experience. Perhaps it would’ve been more critically adored had it not been constrained by its PG-13 rating. It is a rather bloodless affair, making the underwater monster less frightening than it should’ve been.

Arguably, it is the most prescient film of 2018 for Hollywood, as it shows the future may come in the form of Chinese-American co-productions. China is now one of the biggest film markets in the world, leading decisions such as the casting of megastar Li Bingbing and setting most of the film off the coast of China to be important moves to ensure global success.

Following the massive success of It Follows, Under The Silver Lake was the big American film to watch out for at the Cannes Film Festival. Following its premiere however, the movie has more or less already disappeared from the conversation. It stars Andrew Garfield as a stoner in LA who is infatuated with his neighbour who suddenly disappears.

Upon attempting to discover where she has gone, he uncovers a vast conspiracy lying at the heart of Hollywood. A sly combination of The Big Lebowski, The Long Goodbye and Inherent Vice, Under the Silver Lake may be too long and self-indulgent, yet it shows a talented filmmaker really swinging for the fences. We need to support this kind of thing more in 2019!

Most critics didn’t connect, accusing the film of being narratively slipshod. It seems that the central thesis of Under the Silver Lake was misunderstood. It’s not so much a film about a genuine mystery but a shaggy-dog riff on how certain types of people will look for conspiracy as a means to fill their otherwise pointless lives with meaning.

While relying heavily upon endless images of naked women – something that came off as rather crass and male gaze-y – it’s more a reflection of the protagonists short-mindedness than the filmmaker’s. Andrew Garfield gives a career-best performance here: its only a shame basically nobody has seen it.

While its portrayal of modern Russia as still mired in the grimness of the Cold War is nothing less than a centrist fantasy, Red Sparrow effectively utilises spy tropes to create a chilling exploration of misogyny and power in the contemporary world. Jennifer Lawrence plays a ballet dancer at the Bolshoi under the thumb of her Uncle Vanya who is roped in to become a spy who heavily relies on her sexual appeal in order to dupe her opponents.

At first Red Sparrow promises an action thriller where Jennifer Lawrence, freed from the Hunger Games franchise but still working with the same director, Francis Lawrence, beats up scores of men in order to get what she wants. But Red Sparrow is much subtler than that, instead opting for a John Le Carré-esque mood that shows just how bleak being a spy can be.

It is remarkably dark, even by Hollywood’s standards, harking back to the sex-oriented thrillers of the late 80s and early 90s. It’s unafraid to show how sex and power intertwine and how women’s bodies are treated as commodities for the advancement of self-serving governments.

Critics weren’t so keen, awarding the film 46% on Rotten Tomatoes, but beyond its base appeal of Jennifer Lawrence playing a Russian spy (dodgy accent intact) It is a bold vision of a world that has lost its moral compass. 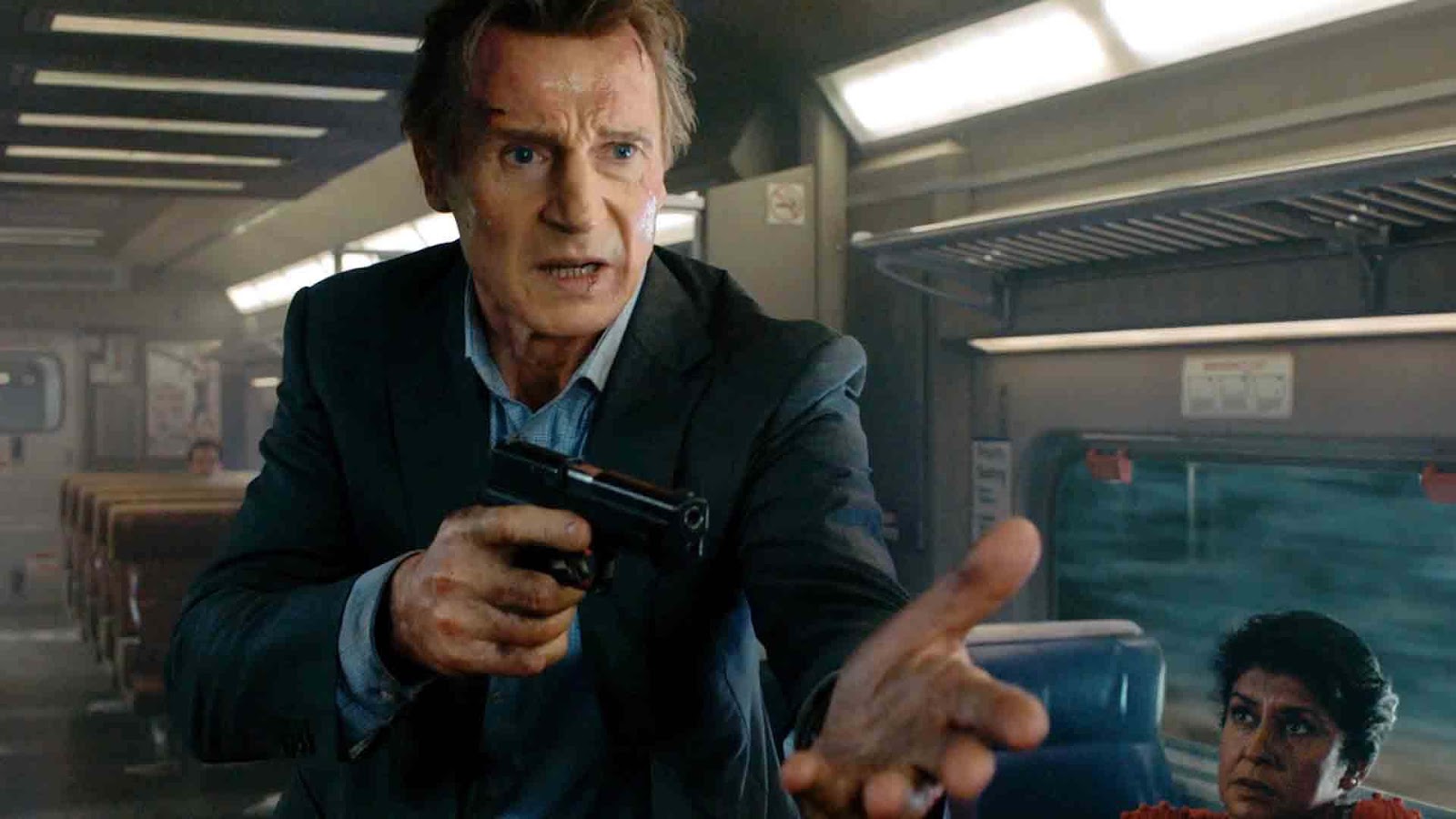 Released all the way back in January, The Commuter is another solid collaboration between Liam Neeson and director Jaume Collet-Serra. Written off as a mere action thriller however, it has more to say about the drudgery of modern capitalism than most prestige films released in 2018.

Liam Neeson plays Michael MacCauley, a man suddenly laid off from his insurance job, meaning that he will not have enough money to pay his mortgage or son’s college tuition. This is despite giving a large portion of his life to the company, commuting into Manhattan every single day from upstate New York.

In its opening scenes The Commuter creates a whole eco-system of people simply trying to get through their day in an unrelenting capitalist world, grounding its later action thrills in real concerns about being able to survive modern life. When the key plot kicks in, with MacCauley recruited by a mysterious woman to murder a witness, The Commuter ramps up the tension to unbearable heights.

With a strong command of visual thriller language and a brilliant central performance by Liam Neeson, The Commuter manages to be much more than just a January action film, but an investigation into the lengths people will go to maintain a normal American lifestyle; something that feels more and more out of reach these days.