When it comes to terms of poetry in cinema, there are infinite ways to achieve this. Ranging from the use of objects or music with Kieslowski, or the holding of repetition shots in Bresson, or the handheld realism of the Dardenne brothers, they can all be considered ‘poetic.’ It’s the way the filmmakers tell and present the story.

Nuri Bilge Ceylan doesn’t shy away from letting the audience solve parts of the story. His characters have immense Dostoevsky history with them, such as Muzaffer Ozdemir’s Mahmut and his visiting relative, Mehmet Emin Toprak’s Yusuf. The film tells the story of Yusuf staying with Mahmut, disrupting his way of living.

Throughout the film, we see the mundane activities and aimless searching of both characters. Mahmut pretends to be an intellectual as Yusuf is clearly the opposite; however, both men of distant ages are more similar than they appear. As the film unfolds, Ceylan makes use of the seasons and the weather as he usually does; he witnesses the natural elements in the modernizing Istanbul as well.

The film’s title itself can refer to many of things: the distance between the two characters, the worlds they come from, their place in society, the use of framing and blocking amongst them in the apartment or crowd. A striking image of the film is the opening and closing, both concentrating on an Mahmut sitting alone on a park bench. We realize Mahmut is right back to where he started after going through domestic turmoil with his visiting relative Yusuf.

Ceylan allows the actors to linger in the mirror or smoke a cigarette in a painterly composition, captured through digital camcorder nonetheless. This is the first film where Ceylan started crafting his verbose characters followed by long silences, allowing for the poetry of isolated characters in a specific landscape to figure out their course of their lives.

A film literally dealing with a bus driver poet played by Adam Driver as we follow his life for a week. Jim Jarmusch’s latest film is all about an ordinary person who makes poetry out of the simplest way of living in the most ordinary way.

The film is present in titles with a new day beginning as we see the routine of Driver’s Paterson in Paterson, New Jersey, no less. Paterson supports his wife Laura’s artistic use of black and white while he makes his rounds. As he drives, he listens to the conversations of the people on his bus and we see the Jarmusch characters all over the place.

Besides Paterson literally writing poetry as we hear and see it unfold on screen, the town of Paterson is also filled with everyday wonder. A bar filled with Paterson history; a man who wants his love back, acting as if in a Shakespearean way; or even a little girl who writes her own poetry.

Jarmusch once said he’d “rather make a film about a guy walking his dog than the emperor of China.” And he does so here, literally as Paterson quietly observes or interestingly engages with the world around him as he walks his dog. The film is a beautiful representation of the poetry in everyday life.

A film where director Todd Haynes received full approval by Bob Dylan via his manager to create a film that was as lyrical, poetic, and challenging as one of Dylan’s own songs. We see six versions of Bob Dylan, whether a version of himself, a character, or an idol, a cinematic poem and ode to the singer-songwriter unfolds before us.

Played by six great actors with different styles, colors, and mood, the viewer is invited to see the many levels, changes, and identities of Dylan. Bob Dylan was constantly changing his style, so it’s only appropriate that the film does so as well. All the stories are interconnected in miniature ways, such as a literal giraffe in the Old West to a stuffed animal giraffe by one of his children, or the overlapping of asking a question in one time and answering it in another.

Haynes doesn’t hold back in any way; he creates a film that demands to be seen multiple times, not only to enjoy a film with great performances, soundtrack, and aesthetic, but to appreciate a truer film than any other biopic. Only at the end where we get a glimpse of the real Dylan in arrival footage do we understand and are completely baffled by the man’s life whose film it was based on. Since most poetry doesn’t have one meaning or subtext, the film, like its subject, doesn’t either.

Michel Gondry’s portrait of two people who are destined to be together in Charlie Kaufman’s wonder of a screenplay is part science fiction, a slice of surrealist, a little romantic comedy, and a obviously psychological drama of a film. Jim Carrey and Kate Winslet, almost in a role reversal, are the lovers as they have both erased each other in their memories.

From the beginning to end of the film, we come full circle as the characters have discovered what has occurred and what they did to each other. However, during the process, we see Joel and Clementine’s relationship, ranging from sentimental love to existential angst to modern-day romance in Gondry’s magical world creation. The constant change of Clementine’s hair color evolves the mood and tone of where the relationship is currently at.

The film makes us think about our past relationships on many levels, just as Joel. Out of this, there are many questions, such as, are our bad memories that critical to us, or should our pain go away, or do we need it to make peace within ourselves in the present state? The film not only challenges viewers with Kaufman-like questions, but the flow between past, present, future and the dreamworld in memories allows the dots to be connected in a purely poetic way.

The film shows how two people can be destined for one another despite differences, with even the title coming straight from an Alexander Pope poem. 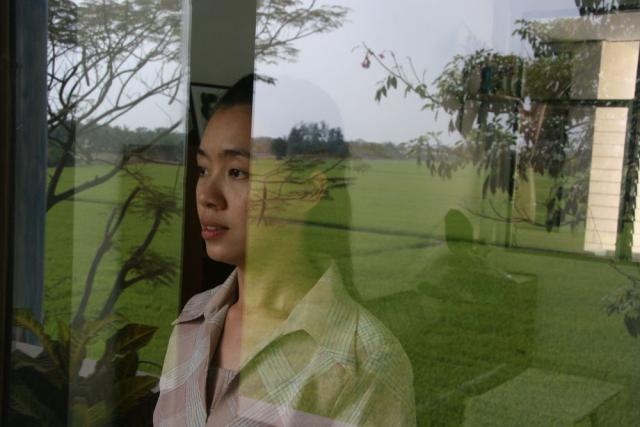 Apichatpong Weerasethakul’s filmography is composed of films that are open ended, transcendental, semi-autobiographical, repetitious, and filled with beauty in his native Thailand, and we get all the above here. The film is in two parts, but they are essentially the same story: one in a country hospital, the other in a city hospital. Weerasethakul’s film is an ode to his parents and his memories as a child in hospitals.

That is exactly what the film feels like: a series of events, moments, and snapshots into one’s own reflection and memory of childhood, just like great poem. Nothing is forced to the viewer and we start to see the repetition play out as the city hospital starts to resemble frames, dialogue, and sounds from the country hospital from the first part of the film. Weerasethakul has made episodic and split narrative films before, but this time in a new sense or completely different realm. Here, he challenges or invites the viewer to gaze upon his memory and the love and respect he had for his parents’ calling.

Weerasethakul makes use of all the cinematic realms, particularly his regular DP Sayombhu Mukdeeprom’s cinematography. Through long takes, window reflections, rural vs industrial landscapes, the viewer can appreciate the beauty but must render the connections themselves. As the film unfolds, it becomes clear that the second half starts to change a bit from the first half – are they the descendants? Were they inspired by the first half? What is the relationship? Much  goes unsaid in the film, but that’s the way it should be.