Oscar Wilde and the Aesthetic Movement were of the opinion that the essentiality of art is concentrated on the indulgence of the senses through the absolute conquest of beauty. Although cinema is probably the most multifarious kind of art, the visual elements of a motion picture are of great significance and cinematography captures as the tangible, as the contextual allure of an artistic optical reenactment.

The principle of beauty is the foundation of culture. Therefore, aesthetics are dependent on the historical trend and geographical setting. Films document the multiculturalism rising around the world and even more, the evolution of various aesthetic standards over the years. From Asia to America, since the very first steps to date, with light and shadow, cinema fascinates mind and soul.

The cinematic universe is a magical projection of reality, structured by countless stunning moments. This list encompasses just a few samples of movie scenes, distinguished by utter visual and substantial beauty. 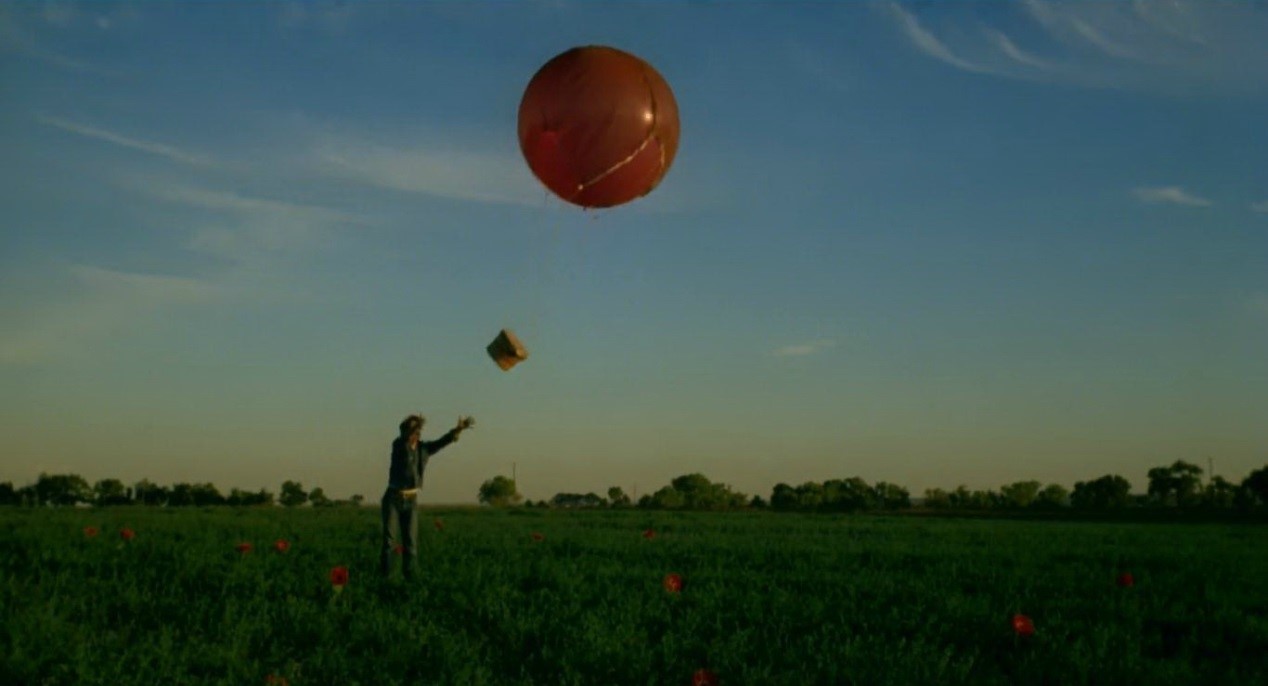 The filmic world of Terrence Malick reflects profoundly on the hard core of life, highlighting the natural beauty through a uniquely lyrical viewpoint. “Days of Heaven,” “The Thin Red Line” and “The Tree of Life” are some of Malick’s well-known works, discriminated for their impressive cinematography. However, his first feature “Badlands” deserves an allusion for its haunting visual allegories and its pure artistic approach on morality and emotion.

Holly (Sissy Spacek) and Kit (Martin Sheen) take a bloodstained road trip by way of the South Dakota Badlands. Were they immoralists? Perhaps they were, perhaps they weren’t. But they lived in their own “badlands” and loved each other dearly. Thus, no blame could ever touch them.

Before the onset of their rough patch, Kit knew that the good days would crumble along with their past. He promised to Holly that he would always stand by her side. During the most beautiful scene of the movie, which lasts only a few seconds, Kit puts a piece of paper with his promise and some beloved items in a box. Then he let it fly, tied to a balloon. Spacek herself narrates the story and says, “His heart was filled with longing as he watched it drift off.”

Even if these two people were meant to crawl through mud, every valuable treasure of their hearts was saved, traveling with a red balloon into a blue sky. 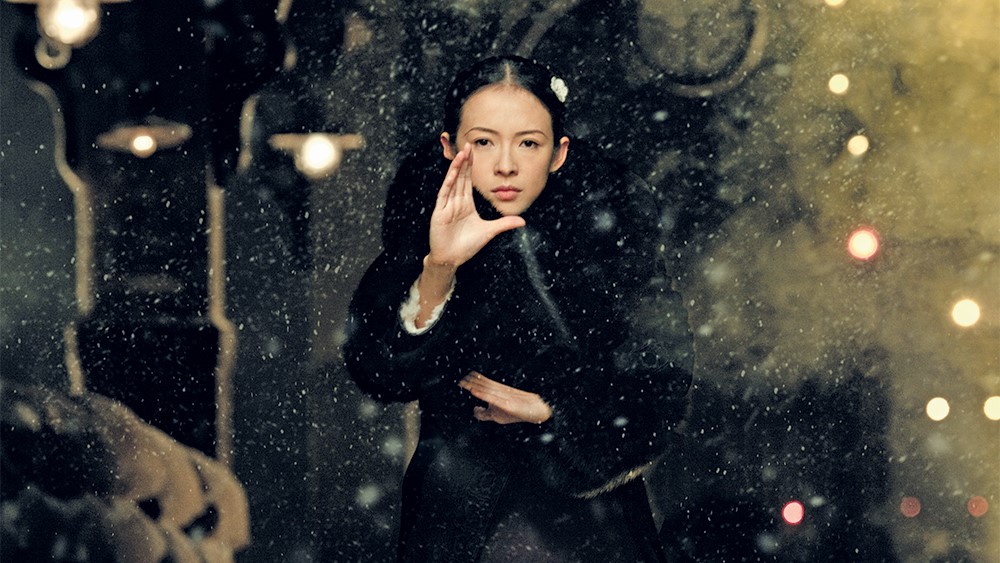 It’s almost impossible not to recognize a Wong Kar-wai film, even from the first few minutes. His works are discerned by a pioneering, unconventional directing viewpoint, and moreover, his distinct cinematographic techniques have resulted in numerous visually stunning movies and countless breathtaking scenes.

Wong’s feature “The Grandmaster” is foremost focused on martial-arts. Nevertheless, in a wider framework the story deals with several aspects of Chinese culture and history, while it follows the main characters’ life drama.

The handling of speed and light, the use of warm colors, the nonlinear narration and even the impeccable blending of music and image are some of the ingredients that reveal Wong’s presence behind the visual foundation of this piece.

The most fascinating scene of the film illustrates a fight between a woman (Ziyi Zhang) and a man (Jin Zhang) right next to a moving train, in the meanwhile of a snowy night. The interchange of motion speeds gives prominence to the delicate and accurate moves of the fighters, and in combination with the use of low-key lighting and evocative music, the scene takes all the attention of the senses.

Jean-Luc Godard is definitely one of the most influential directors of all time. He contravened the statutory cinematic rules of his time and played a decisive role in the enactment of a new cinematic language. Watching one of his films is enough to be carried away in his dreamlike reality and never forget his dazzling visual world.

Godard’s films have always been beautifully photographed, regardless of the presence or absence of color. Nevertheless, among the numerous iconic scenes occurring in his work, there is one that stands out for being eerie while experiencing it and unforgettable for a long time afterward: Anna Karina holds a pair of scissors and moves it from right to left several times, like attempting to hypnotize the spectator with that move.

This scene takes place in the movie “Pierrot le Fou,” where Ferdinand, a concerned man embodied by Jean-Paul Belmondo, and Marianne, an outlaw woman embodied by Anna Karina, suddenly run away from their lives.

Very soon, the spectator forgets that Ferdinand and Marianne may have a destination or scope; the movie is experienced exactly like a delusional situation. Karina’s scene with the scissors, in its mysterious charm, appears for the deepest level of this dreamlike swirling.

“Branded to Kill” is a must-see movie for crime film lovers. Although the story follows the outlaw activities of a hitman defined by an extraordinary obsession, a filtered version of the film’s reality, as it occurs by the unconventional narration and symbolisms, is meant to expose the psychological profile of the main characters, insisting on their agonies and motivations.

The most impressive scene of the film takes place when the hitman visits the apartment of a mysterious and deadly woman who charms him. The relationship between them is vague, as is their deeper intentions and desires. However, at this point the woman appears to be secretive, while the man is pronouncedly weak and unsettled.

Countless butterflies are stuck on the wall, depicting the chaotic feelings of fear, affection and desire occupying the hitman’s mind. This scene, apart from its beauty and mesmerizing mood, contributes to the deconstruction of the clichéd cinematic confrontation of criminals. 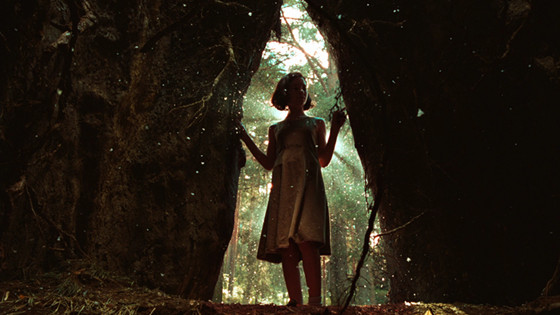 “Pan’s Labyrinth” is an enchanting fairytale, created so as to stimulate the imagination of an adult mind and skillfully expose several truths of the earthly reality at the same time.

Guillermo del Toro has synthesized a dark, imaginary universe, disguising behind its magical appearance many components of our material world. Deep in its substance, this magical but not ideal world is meant to describe humanity in a mythical language. The cinematography, as well as the original score, drags the spectator to wander in the mysterious paths of this land and draw pleasure from the consecutive stunning pictures and wonderful sounds.

The scene, in which Ofelia (Ivana Baquero) attempts with bravery to enter a big cavity in a magic tree, is probably the most visually captivating amongst the numerous thrilling scenes taking place in this film.

Kenji Mizoguchi in his film “Ugetsu” displays a timeless ethological drama set in the 16th century, fusing realism with surrealism elements. This film is one the most remarkable works of postwar Japanese cinema, photographed by legendary Japanese cinematographer Kazuo Miyagawa, who’s collaborated with Akira Kurosawa and Yasujirô Ozu, amongst other influential Japanese directors during his long-standing career.

Two country men leave their families in the interim of the civil war in order to claim their own ambitious dreams in the capital city. Hereupon, their wives are confronted with the relentless circumstances instated in the province. The masterful directing style, in combination with the stunning black-and-white photography, emphasizes the dramatic atmosphere and the emotional status of the characters.

One of the abandoned women decides to leave her village secretly at night. She takes a small boat and paddles amidst Lake Biwa, accompanied by her children. This is the most theatrical scene of the film, synthesized by minimalist optical elements and high-contrast lightning, with the aim to indicate the forthcoming lonely path of this woman in the middle of a dark and foggy place.