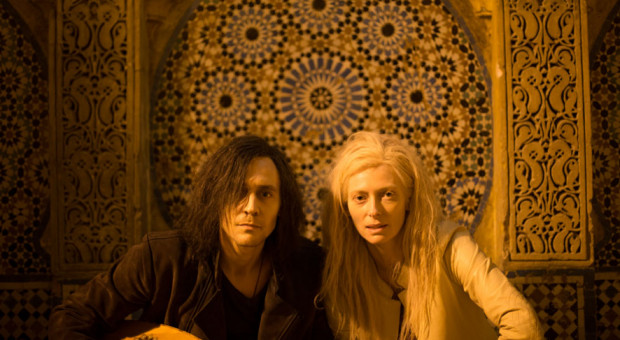 Cinema is both cyclical and cemented. It returns to notions and ideas that may have worked previously, all while clinging to the tropes that do work. Certain aspects are successful with gaining audience interest and earning money back: you go to see a horror film to get shivers down your spine, and you watch a comedy to get a good laugh.

However, some filmmakers like to take certain genres that they adore and spin them on their heads. They do not want to destroy the fields they are obsessed with, but they wish to view them with a new lens.

Some of these filmmakers take on genres they usually do not even dabble in just to see what the result would be. While there are many spectacular instances within the new millennium, these ten(ish) examples work because of how creatively they follow and break the guidelines of the genres they are exploring. These are ten of the best revisionist films of the new millennium.

1. Birdman or (The Unexpected Virtue of Ignorance) (comedy)

Alejandro G. Iñárritu went very against his usual fare (melodramatic cinema, including The Revenant, Biutiful and 21 Grams for instance) with his super dark comedy Birdman. He is far from the first person to make a comedic film at the expense of someone (that has been going on since the silent age). Yet, Birdman is a different take because it plays around with the notion of what comedic timing can be.

This film appears to be one long take, so it piles its jokes on top of one another (and arguments are slid in to boot), thus rewarding us with a sandwich of heightened tension and hysteria.

It also tiptoes between satire and a simple black comedy, because a satire usually has everyone in on the joke; here, Riggan Thomson seems to be the sorriest man on earth. Even the most dramatic moments are awkwardly silly due to sensationalist writing (Thomson having a crisis and comparing himself to a turkey with leukemia).

Yes, Birdman has been dissected many times for being a beautiful blending of a stage production and film (even by yours truly), but its shifting of the comedy genre should be noted, too.

2. Dancer in the Dark (musical)

Here’s a film that gets mentioned often, but it is certainly applicable here. Lars von Trier’s hyper depressing musical Dancer in the Dark observes the genre not through an accomplished professional, but instead through the troubled mind of a factory worker who is losing her sight and struggling financially.

The musical numbers follow her many stages of life, stemming from either joy (to express her happiness) or her agony (to make the pain easier). Her songs are made up of the noises she hears around her (Björk truly was the perfect casting choice, especially because she contributed greatly to the soundtrack), including machine presses, steam bursts and factory chugs.

The character herself is a fan of musicals, but abandons a film before the final song to keep the illusion that the musical shall never end. This builds up to the final number of the film.

Usually, the final song is a climactic burst that celebrates what you have just witnessed (including Gene Kelly dream sequences in films like An American in Paris). Here, however, it is filled with dread due to the stark contrasts of the song continuing and a story ending. A song being stopped abruptly will never be more disturbing than it is here.

A film like Annie Hall is pieced together by the memories of a past relationship. In fact, many romantic films are (look at Casablanca’s flashbacks and discussions of history, and The English Patient’s personal approach). In Michel Gondry’s Eternal Sunshine of the Spotless Mind, where he teamed up with the inventive Charlie Kaufman, this idea gets toyed around with in such a gorgeously depressing way.

In a different reality, you can have your memories of a certain person erased. This can be the decision one makes after a nasty breakup, and that’s exactly what we witness here. We also see the relationship play in reverse, all while the foundations of these memories are literally crumbling.

As the story keeps going backwards, the feelings get stronger through optimism. Yet, how can we stop something that is dying? As we coast towards the start of it all, we remember why we fall in love in the first place, but at that point it is too late.

We also see the bastardization of what love is through the instances of adultery, and we realize that there may never be an easy solution or understanding of what love is.

Alex Garland has been brought up often lately for his latest mind fuck of a film (Annihilation), and that flick is also a strong case for this article. Never mind that, though, because we will instead make a case for the more intimate Ex Machina.

This may not be an obvious case of a film going against its roots, but I will try to make this plea. Firstly, most science fiction films are fixated on expanding a world and introducing you to another realm. Ex Machina brings you to a hidden location that exists on Earth (just out of plain sight). It’s a stylish facility, but it’s still a facility that seems reasonably current (with the right amount of money, of course).

The biggest departure from our own reality is the concept of artificial intelligence being so perfected. We are introduced to the Turing Test (a test to see if a computer can convincingly be disguised as a living being) of the film, and suddenly the picture dives into a psychological territory.

Instead of teaching us about the ways of a new reality, we begin to question the reality of everything. Ex Machina is cleverly a modernist film in its own right, because it makes you hyper aware of this world, rather than simply guiding you into it.

5. Exit Through the Gift Shop (documentary/satire)

We never know where we stand with the acclaimed artist Banksy, and his feature documentary Exit Through the Gift Shop is no different. To this day, it is debatable whether or not this film is actually fully genuine. It is not artificial in the way that some documentaries may be, where opinions are biased and cuts are made to swing what subjects are saying. Inventive documentaries like The Act of Killing are still strictly documentaries.

Exit Through the Gift Shop plays like a satire to the point that we are still not convinced that it isn’t one flat out. Some find it laughable that an artist like Mr. Brainwash can become such a sensation so quickly, as though it is a statement on art itself being a subjective medium.

The title of the film—a cheeky statement itself—does not help either. With all of this being said, the film does not quite fit in the mockumentary genre, either, because it is not really attempting to make a comedic remark on its subjects.

In the end, we will never know, because people attached to the film have commented on both its artificiality and its authenticity. I guess Banksy documented the unreliability of anonymity perfectly.