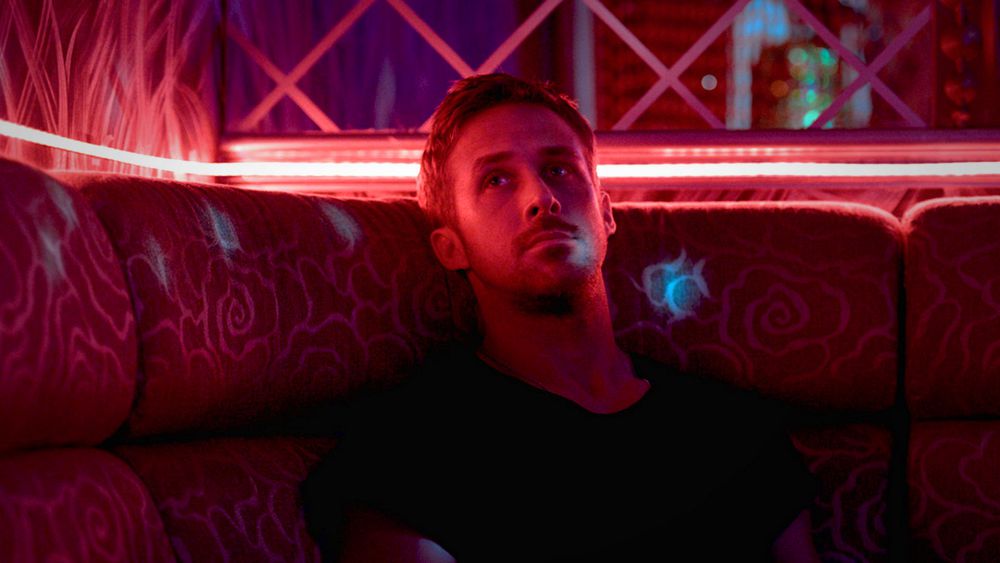 Color has been present in filmmaking since its early days. Whether that be Elisabeth Thuillier’s handmade painting procedures, color film stock processes (like Technicolor or Eastmancolor), or modern digital color grading using computer softwares, color as a structural element has always been at the core of filmmaking as an art form.

In this vein, the greatest filmmakers have used color in two ways: in a symbolic matter or in an aesthetic manner. The first is based on representation, the second one in sensations. Whatever the case, both approaches have used color as a tool to express the human condition.

This a list of films where filmmakers have used this element in a colorful way; that is to say, in an intense manner.

Like “The Ballad of Narayama,” Akira Kurosawa’s “Dreams” is a tremendous example of the exceptional use of color in Japanese cinema. As with other artistic fields in Japanese culture, the understanding of color attributes is closely linked to the way nature presents itself into perception. In this sense, color must always be understood on a subjective basis.

Accordingly, the film is based on eight real dreams Kurosawa had. Each of these segments has an original and fully dedicated color palette (as well as production and costume design values) that not only works in a symbolic approach, but also as a deployment of different, apparently unrelated filmic worlds. But at its core, a common pace can be heard: an irresistible ghostly and dreamlike logic.

Kurosawa, who in his early years had planned to become a painter, displayed his expressionist influences on the use of color in four out of seven color films (“Dodes’ka-den,” “Kagemusha,” “Ran” and “Dreams”). “Dreams” could be his most accessible work, not only because of its engaging stories, but for its gorgeous visuals.

The films created by the team that is composed of Wong Kar-wai, Christopher Doyle and William Chang have a unique unmatched taste. Their movies illustrate the particular and singularly ordinary lives of Hong Kong natives in a glamorous visual presentation. In this regard, love has been a recurring theme throughout their careers (“Chungking Express,” “Happy Together” and “Fallen Angels,” to name just a few).

In arguably their best and most celebrated work, the color in the narcotic romantic drama “In the Mood for Love” is another character on the streets of Hong Kong. The glow of unrequited love and the pompous nightlife illuminate the persistent fantasy that Chow Mo-wan (Tony Leung) and Su Li-zhen (Maggie Cheung) have decided to live.

For Wong, this powerful use of color is a consequence of an essential feature of moviemaking. “To make films, it always begins with two words: what and how. First of all, you have to find a story, or what are you going to tell? And you have to find a way to tell it visually.”

There is no doubt that Alfred Hitchcock’s “Vertigo” is one of the finest examples of filmmaking of all time. Part of its reputation owes to the ghostly and eerie use of color in the personalities of its characters. John “Scottie” Ferguson (James Stewart) on one side, red; and Judy Barton/Madeleine Elster (Kim Novak) on the other side, green.

It can, therefore, be said that color is used symbolically all over the movie as a sign or indication of the main subjects of the piece, i.e. obsession and death, respectively. All of the cinematographic ways of expression used by the British filmmaker and the sub-themes deployed are triggered in accordance of the emotions and ideas that red and green as colors evoke.

The climax of the movie wraps Novak’s character in a spectral green provided by a hotel’s neon sign. All in all, “Vertigo” is a profound and disturbing ghost story.

Akira Kurosawa’s adaptation of William Shakespeare’s “King Lear” is nothing but a fascinating tale of broken family bonds, political power, war and authority. Based on the life of Mori Motonari, a famous feudal landlord of the Sengoku period (1467–1603), the film depicts the conflict between Emperor Hidetora and the struggle over the succession to the throne by which his children fight.

Kurosawa wanted to recreate the brightness of the uniforms of the 16th century, while at the same time, using the color to illustrate the characters’ personalities. “The older son wears yellow, a color that is not net, as his own personality … the troops of Saburo, the little one, carry blue flags, in a tone that produces calm. It was necessary to find the type of color that best corresponded to each one, the concrete tone. Jiro’s red, for example, is very particular.”

In this epic film, color functions as a narrative instrument that permits not only the distinguishing between different troops, but also to identify the nature of its characters.

Gaspar Noe’s third film is an intoxicating trip across drug dealer Oscar’s (Nathaniel Brown) last moments alive. Set in the risky nightlife of Tokyo, the movie presents sequences of DMT-induced hallucinations, graphic sex, explicit violence, and even flashbacks to the birth and childhood of the protagonist.

This wild and psychedelic ride, evaporated in restless neon visuals and directed in a anxious and agitated mood, is filled with vertiginous intensity. The color of life, and also the color of death, is shot with superb ability by cinematographer Benoît Debie.

The location is also a special highlight of the film because Tokyo is perfect for the philosophical undertone that lies within the piece, namely nihilism against immortality. The French-Argentinian filmmaker puts it this way: “Tokyo is like a huge futuristic pinball machine. It’s like a bubble with two lost creatures inside a pinball machine that doesn’t care about them. The other thing is, it’s very colorful.”

Dario Argento’s masterpiece and most well-known work is a film about the nature and the scope of pure evil. Set at a Freiburg dance academy, the film deals with the ascending career of Suzy Bannion (Jessica Harper), an American ballet student and her struggle to fit in at her new school while strange and paranormal events occur.

“Suspiria” could be called the most perverse “eye candy” film of all time due to its ebullience color palette that was heavily influenced by German Expressionism. In this respect, color and lighting is used as a dramatic technique that explores the latent threat of the supernatural mystery that the school holds. A threat that is, at times, highlighted and, at other times, blurred by both cinematography and mise-en-scène decisions, but that always gives a feeling of imminent danger.

At the same time, this explicit and implicit vulnerability is enhanced by the vibrant use of colors, enabling the production of a nightmarish visual logic that leads to a horrific ecstatic moment. In other words, as Argento claims, “I just know I’m interested in aggression and violence, and I love this aesthetic. I love the color of blood. It is pure passion.”

Peter Greenaway’s distinctive style is structurally composed by an excess of body stimuli. In his films, the British filmmaker frequently deals with disturbing issues, but in “The Cook, the Thief, His Wife, and Her Lover,” all of these themes are presented in such a mocking and satirical manner that the line between laughs and disgust is very unclear.

The film tells the story of Albert Spica (Michael Gambon), a mobster who eats dinner every day in his restaurant while he abuses his wife Georgina Spica (Helen Mirren), his chef Richard Boarst (Richard Bohringer), and his gangster squad. Suddenly, Georgina meets Michael, a cultivated bookstore owner and they fall in love. Chaos is imminent.

The chosen color to illustrate and emphasize the subtle violence displayed on screen is red. Red as the color of sex, murder, brutality and rage.

1204
SHARES
FacebookTwitterSubscribe
Subscribe via Email or RSS Feed
Pages: 1 2
Comments (20)
Most Colorful Movies of All Time