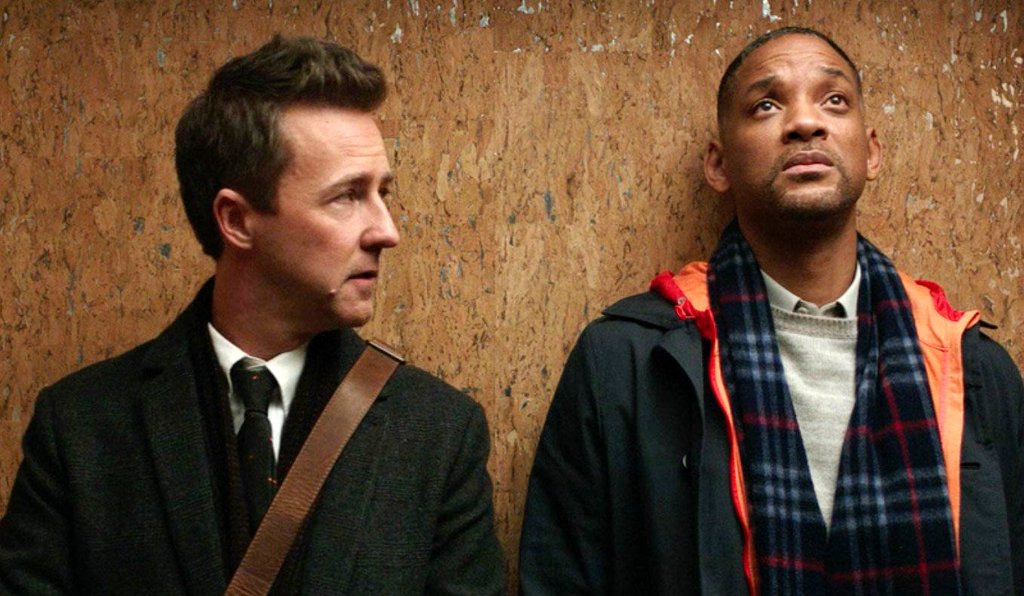 Contrary to popular belief, that actually happens far more than the average person believes. A good cast does not equal a good movie, and that’s never been more clear than when this list was put together.

Below are ten movies that simply don’t know what to do with their exceptional casts. More accurately, these are the ten worst movies with excellent casts. There is a lot of competition, but these ones stand out as the worst of the worst.

To be included in the list, a movie has to have at least five highly bankable stars. The movie also has to be notably bad, but that part should have been pretty obvious. The good news is that most of these stars recovered. The bad news is that they still have to admit to being in these sucky movies.

Soderbergh isn’t one to make mistakes, but Ocean’s Twelve is a shining example of a career misstep. While the film isn’t the worst thing directed by Soderbergh (that dubious honor goes to Full Frontal), it’s certainly the most soul crushingly disappointing. After the blockbuster success of Ocean’s Eleven, folks decided to tinker with an unrelated script and turn it into an Ocean’s movie. The result was a messy and convoluted heist movie without any of the brains found in its predecessor.

Since this is a sequel to a massively successful movie, it’s not surprising that the top notch cast decided to hop back in for round two. Unlike other movies on this list, people can plainly see why everyone decided to reassemble. People adored the previous movie, and with Soderbergh back on board, the cast likely saw a great opportunity. Nobody could have predicted that the movie would end up falling so short of expectations. While it’s hardly as bad as several movies on this list, the disappointment still stings to this day.

It absolutely stings for megafans of the original, but Soderbergh has redeemed himself since then. Ocean’s Thirteen was a definite step up despite lacking in originality. To add to that, the recently released Logan Lucky helped fill a certain heist movie void as well. It’s a bummer that so many talented people failed to make something special, but at least there are plenty of alternatives. Just be sure to skip Ocean’s Twelve when you’re planning a Soderbergh heist-film marathon.

Anaconda is so close to being so-bad-it’s-good, but it ultimately ends up being just plain old bad. If it were just a little more self aware, it may have been able to pass off as check-your-brain-at-the-door entertainment. Too bad it takes itself just a bit too seriously. The cast consists of Jennifer Lopez, Ice Cube, Jon Voight, Owen Wilson, and Danny Trejo, which means it has the potential to be hokey fun. In the end, there’s too much hokey and not enough fun. There’s some tongue-in-cheek humor, but not enough to forgive the fact that the movie is really really dumb.

It’s probably not fair to to criticize the plot of a movie about a killer snake, but is it too much to ask for a little exposition and character development? Anaconda spends a decent amount of time delaying the giant snake stuff, but it doesn’t spend any of that time making the audience like the characters. The actors are all pretty likeable people, but the average viewer won’t be able to see that. The lack of story could be forgiven if the movie had anything else to offer, but horrendous special effects and uneven tone also ruin the experience.

There are people who like the movie, but those people are lunatics. There are better creature features that do the “so-bad-it’s-good” thing better than Anaconda. At its best, Anaconda is an acceptable movie to watch hungover. At its worst, the movie is an unholy abomination that has no reason to exist. 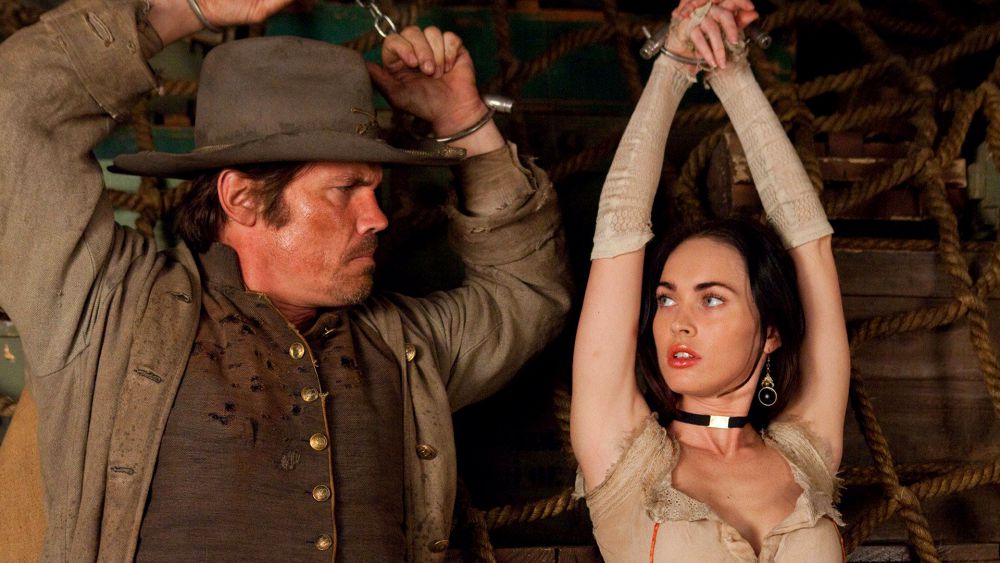 It turns out the director of Horton Hears a Who wasn’t the best choice for a DC comic adaptation. Jonah Hex is remarkably bad. It’s as if it was made in a laboratory specifically designed for bad movies. Josh Brolin gives it the old college try, but he can only do so much. The same can be said about the supporting cast, which consists of John Malkovich, Michael Fassbender, Will Arnett, Michael Shannon, and Megan Fox. There are a lot of quality actors here. Too bad this movie is an utter disaster.

The plot goes nowhere because the short runtime doesn’t allow for anything meaningful to happen. The actors can’t deliver good performances because the script is so messy. The action scenes can’t engage viewers because the camerawork is so amateurish. There’s a whole lot of bad squeezed into such a tiny package. It’s easy to assume it’ll get better at some point, but that point never comes. It’s all downhill from the second the movie begins. 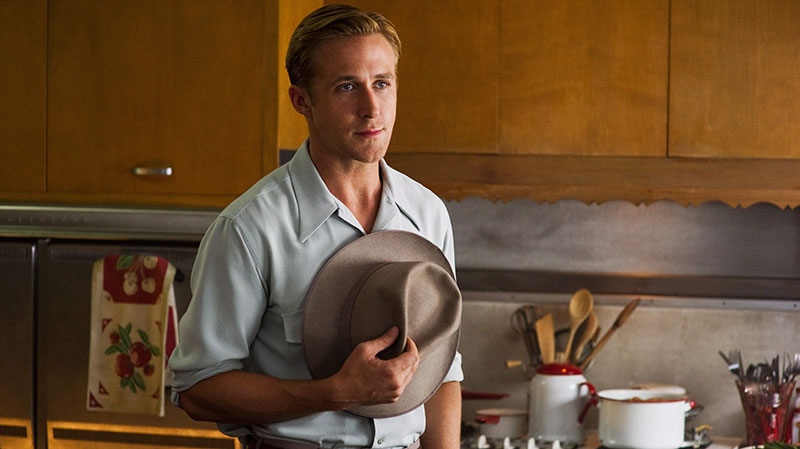 Think about the best gangster movies ever made. Now imagine if they were stripped of soul and originality. Now you have Gangster Squad, a movie that takes bits and pieces from better movies and fails to do anything remarkable with those pieces. The cast can only do so much with what they’re given, which is to say they can’t do a whole lot. Will Beall’s corny and cliche-ridden script is so devoid of life that it’s almost impossible for the A-list actors to effectively deliver dialogue. Given the fact that the cast is the movie’s only redeeming feature, it’s a shame that they’re given so little to work with.

Josh Brolin, Ryan Gosling, Emma Stone, Nick Nolte, Michael Pena, Sean Penn, Anthony Mackie, and Giovanni Ribisi try their best to liven up the lifeless script, but their efforts are ultimately pointless. There’s too much mediocrity to . The lines are so soul-suckingly dull that no amount of charisma can make the movie interesting. The talented cast won’t help you forget the fact that this movie has been done countless times. The only difference is the fact that this movie is noticeably worse.

Ruben Fleischer’s foray into drama falls flat. Gangster Squad simply isn’t a good movie no matter how much you want to enjoy it. In theory, it should be worth a recommendation. Sadly, there’s just not a lot here worth seeing. Viewers are better off watching the countless movies that Gangster Squad attempts to replicate. Several Oscar winners aren’t enough to save this turkey from being irritatingly dull.

6. What to Expect When You’re Expecting

How the hell did they turn a nonfiction pregnancy guide into a romantic comedy starring Cameron Diaz, Jennifer Lopez, Elizabeth Banks, Anna Kendrick, Dennis Quaid, Chris Rock, Rebel Wilson, and Ben Falcone? Mostly by writing an unfunny script that has nothing to do with the source material and offering the stars large sums of money. If the jokes were able to land, this would have been a fine movie despite a disjointed story and a general lack of originality. When those problems coincide with the lack of humor, then you have yourself a prime example of a missed opportunity.

Does the cast have chemistry? Absolutely, but that alone can’t save a movie incapable of doing what it’s supposed to do. Romantic comedies should make people laugh. This movie doesn’t pull off that feat. The zingers frequently land with a thud, so viewers are left waiting for the punchline that never actually comes. No matter how hard the cast tries, the big laughs never come.

As previously stated, there are other problems along the way as well. Some romantic comedies can bounce back if they engage viewers in other ways, but What to Expect When You’re Expecting doesn’t do that. It gives the audience no reason to continue watching. The characters aren’t worth connecting to, the stakes are too long, and the plot is too scattershot to matter. Simply put, nothing is good enough in this movie.