There are so many phenomenal horror films that possess the power to terrify audiences. One only has to look at Jack Clayton’s 1961 gothic masterpiece, The Innocents, or Tobe Hooper’s The Texas Chainsaw Massacre, to see that film can undoubtedly harness the capacity to scare perhaps more so than any other medium.

These two examples are frightening in very different ways, with the prior serving up sinister chills and the latter wrestling you into a frenzy of terror – this is the power of genre cinema. Yet, many audiences will agree that often the most terrifying films are not necessarily considered horror films at all, but can be read as such.

Feelings of horror are born from many things; insecurity, discomfort, provocation, all of which are certainly not limited to the horror genre. This list includes a number of films which are likely to scare audiences in a variety of ways and for very different reasons, and some of which, defy categorisation. Nevertheless, they will leave most cinephiles feeling mightily unsettled, and are all successful in leaving a nightmarish impression.

“This is not Earth. It’s another planet, about 800 years behind.”

The triumph of Aleksey German’s Hard to be a God is that it took six years to shoot, spent six years in post-production, and every single strenuous effort is evident in the final film. It truly is an extraordinary piece of work.

The original 1964 source material written by the Strugatsky brothers – famous for Roadside Picnic, which Andrei Tarkovsky adapted into Stalker – is a significant piece of science-fiction literature, of which German was intent to realise on film for decades.

Sadly, this groundbreaking achievement received a posthumous premiere after its completion by Aleksei German Jr., playing out of competition at the 2013 Rome Film Festival within a year of his passing, and to critical acclaim. Film critic Ignatiy Vishnevetsky even went as far to herald German as “…probably the most important Russian filmmaker to remain more or less completely unknown in the United States.”

The film itself concerns a body of scientists who journey out to Arkanar: a planet that is yet to overcome its own phase of medieval history. The society they witness has spiralled into chaos, with anyone showing signs of intellectual or independent thought being rounded up by cruel authority.

This is a terrifying concept that our own history has seen repeated many times, and under this vision, it comes to light just how primitive this issue of fearful paranoia truly is. Yet, this isn’t necessarily what makes Hard to be a God so unsettling, rather, it is the commitment of everyone involved in making the world of Arkanar so authentic.

The film almost feels like an artifact; a document from another time and place so utterly immersive that, as the film progresses, audiences are likely to question less and less its fictitious nature. It is not a film to be felt, but smelt, and tasted, which make this an unshakeable, revolting, and maniacal cinematic experience.

Swedish auteur Ingmar Bergman is often pronounced as one of the greatest filmmakers in the history of cinema, and his most celebrated works – such as Persona, The Seventh Seal – are endlessly thought-provoking, remaining debated and discussed even today.

Both of these films contain enduring and unnerving imagery of which many film-fans could recall in detail within an instant. However, the film mentioned here doesn’t contain visuals of death personified, or the slit throat of a terrified lamb, in fact, the majority of the film comprises of two-shots of Marianne (Liv Ullmann) and Johan (Erland Josephson) as they progress through the breakdown of their relationship and the events that plague a failed marriage.

The disintegration of marriage is a thought that many will find intimidating, and the central performances displayed here are enough to make the film feel personal for the viewer. For shy of three hours – although there is also a TV mini-series – we witness conjugality through the eyes of those who have signed their lives to never forgetting the failure of their love. Bergman’s screenplay is superlative, with every instance of dialogue feeling real under the pair’s honest observations of how the other is behaving and feeling.

The film is essentially a series of conversations that heartbreakingly capture the despair of destroying an intimate union and being completely helpless to forget the effects that both of your decisions have had on your ability to love and move on. Many will recognise the accuracy in their conversations, and in turn, doubt the institution of marriage and their own relationships.

Those who have been through divorce may view this as a horror-film like no other, and those who are yet to enter the realm of marriage are likely to view this as a cynical lesson that such tragedy may not be preventable, but can be apprehended.

On the year of the film’s release, Scandinavia’s divorce rate suffered a dramatic increase. Whether the film played a role in this is arguably irrelevant, but simply an illustrative accompaniment to what Bergman addresses in one of his most affecting achievements.

Austrian filmmaker Michael Haneke is one of the greatest living filmmakers, and over the course of the twenty-first century has received significant critical-acclaim for every single project he has embarked on. However, for those more familiar with the director’s body of work, Haneke’s unequivocal skill for demonstrating and analysing human behaviour was prominent early in his career, which was immediately addressed by stunned critics following his directorial feature-debut in 1989: The Seventh Continent.

The craftsman became known in the nineties for his refreshing and radical approach to film narrative with such films as 71 Fragments of a Chronology of Chance. His second feature, Benny’s Video, preceded the exploration of violence and voyeurism that he would continue to pursue in Funny Games, a film which he himself remade in attempts to reach an audience he felt needed to see the film.

The foundations for what many would grow to learn about Haneke over the course of his early output, however, was hauntingly apparent in his first film, which depicts the mundane existence of a middle-class family up until the point of self-destruction.

The film concerns societal erosion, violence, media influence; all hallmarks of his work, although, here they are all investigated with such disturbing restraint. By choosing to construct shots of daily routine and mirror them with acts that bid farewell to this cycle, Haneke comments on the banality of enclosed family life. The shot of money being flushed down the toilet urges the audience to confront selfishness and greed, forcing them to reevaluate and question what is important.

The Seventh Continent is a bleak and crucial introduction for those who are yet to fully acquaint themselves with one of cinema’s most prominent artists. It is extremely uncomfortable to watch, and more importantly, impossible to shake. 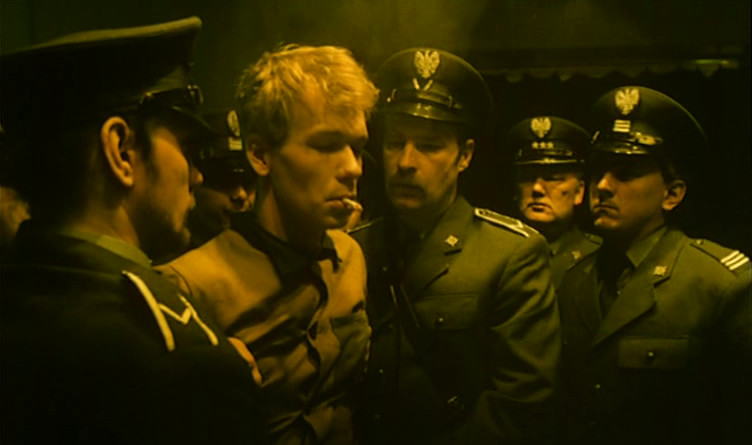 No one can deny the importance of this film in relation to Polish history. Upon the film’s release, Polish authorities were so agitated by Kieslowski’s analysis of the effects of violence that they decided to declare a five-year moratorium on capital punishment.

Those who are privileged enough to have experienced A Short Film about Killing won’t even be surprised to discover that it had the capacity to stir social change, as it’s harrowing story of crime and punishment is a timeless insight into brutal murder, considered essential viewing by almost everyone that encounters it.

After senselessly murdering a taxi driver, an apathetic young man is put on trial by the state and sentenced to execution for his crimes. The film’s narrative is incredibly affecting because of the way the events are shot handheld, presenting the audience with so much raw detail in creating a piece of realist filmmaking which scarily resembles and utilises documentarian methods.

Kieslowski presents the murder committed by a disturbed young man in juxtaposition with the murder of this individual committed by the state; passionless and withdrawn, parallels can be found, which resulted in the film quickly being addressed as a political statement.

There are certainly social and political themes to unpack here, although, the film’s power to scare is undoubtedly in the way it portrays violence in such a detached and authentic fashion. There are scenes found here that will burrow under the skin of even the most seasoned genre-fans, but leave them with so much to think about. The continued consideration and appreciation shown for this film since its restoration in 2014 is deserved.

The atrocity of war has long been a fascination for numerous skilled filmmakers and audiences alike, which makes it all the more surprising that Klimov’s Come and See is perhaps the best war movie ever made and yet still remains criminally underseen.

Considered one of the finest achievements in all of Soviet cinema, Klimov’s masterpiece observes the Nazi occupation of Belarussia during World War II from the perspective of a young boy who joins the Soviet resistance after uncovering some buried rifles. The sheer horror of war is presented here as all-encompassing, and by persisting with such disturbing imagery, war begins to take on an increasingly hallucinatory form; as if this world of fear and blood has caused the characters surroundings to distort, menacing the protagonist as he strives to survive in an environment of hellish design.

There are a number of sequences which are best described as devastating, and Klemiv ensures that the audience are mesmerised by the toxicity of the events that are not the basis of a mere horror-film, but rather an alarming cinematic portrait of our petrifying world history.

The performances are astonishing, and quite honestly, there are very few films which possess the power to shake audiences to their very core – Come and See is one of those films, and it will leave you terrified and exhausted, as if waking from a nightmare which ashamedly took place.