French writer-director Bruno Dumont’s third feature is certainly the most controversial, shocking, and arguably, least accomplished film on this list. Although needless to say, it has earned its place amongst this selection, and those who have seen it will certainly know why.

Some films can leave you feeling underwhelmed as they approach the last act, and while some fail to make a final impression in the end, some filmmakers manage to turn it around completely and grab your attention as the narrative suddenly concludes in unexpected fashion.

Not only does Dumont achieve the latter with Twentynine Palms, but he ultimately succeeds in lulling you into a daze for the majority of the film’s run-time and then scaring you half to death in its final moments. While the ending does not suddenly change the way you feel about the endless drudge of dull, sexually explicit activities of a couple travelling through the California desert, it shatters your sense of security completely.

Whether this is mere shock tactics to justify a series of tedious and uninvolving sequences or in fact a gruesome statement denouncing humanity and the unexpectedness or our extreme behaviour is entirely up for discussion.

However, regardless of the conclusion viewers may reach when discussing the film, there is no denying that the last act is vile and destroying, and will be sure to leave audiences choked up with fear. Its comments on the effects of human trauma are visually conveyed in such a bloodcurdling manner, resulting in imagery that will likely fade from memory.

Swedish director Lukas Moodysson’s third feature-film is often considered his best, and it’s difficult to argue. This tale of hope, abandonment and suffering is heartbreaking to watch, and impossible to deny.

The film is actually largely based around the life of Lithuanian girl Danguole Rasalaite, who found herself in Sweden after her mother ran away to America; the character of Volodja is fictionalised, but apart from that, Moodysson’s script closely resembles actual events, making it all the more poignant. Audiences are fully aware that stories like this are very real, but there’s something about Lilja’s tragedy that is able to strike us to our very core, and that’s because Moodysson’s film is such an incredibly crafted piece of work. It tells the story of sixteen year-old Lilja and her young friend Volodja living in Estonia as they yearn for a life elsewhere. After being abandoned by her mother, she is desperate to cling to anyone that can offer her a shred of happiness, and meets a man who promises to give her a new life in Sweden.

The relationship between Lilja and Volodja is beautiful – their dependence on one another to hang on to hope is inspiring, yet sadly, the world is blind to their existence, and a disastrous fate looms over their brave and rare smiles. They are both characters that the audience desperately wants to save, which makes this such a terrifying experience as we watch them face dehumanising abuse and separation. Human slavery will always be topical, and films like this – which uncompromisingly tackle the hideousness of man – are so important in confronting real issues and scarring us with their images of women destroyed.

Humanitarian organisations have even used the film to demonstrate the horrors of human treatment, and in Moldova, the International Organisation for Migration acquired distribution rights to the film and set up numerous screenings to thousands of members of the public. This helps give an indication of just how powerful a piece this is, and it deserves to be seen and discussed more and more with every passing year.

A director’s last film is always important. It is their closing impression on the medium, their final achievement – a conclusive statement on their own filmmaking. There are some superb examples, such as Stanley Kubrick’s Eyes Wide Shut, Andrei Tarkovsky’s The Sacrifice, Robert Bresson’s L’argent, and of course, a film many of you are all too familiar with, Pier Paolo Pasolini’s Salo, or the 120 Days of Sodom.

This decade has seen the addition of Bela Tarr’s The Turin Horse, which stunningly captured and summarised a unique and monumental career – for lovers or Tarr’s work, one could not begin to imagine a more fitting farewell.

The final shot of Tarr’s Satantango is incredibly haunting, and it is an ending that feels repeated in his final film; an image of the world being shut out, whether the characters board themselves inside their own small worlds, or whether the darkness swallows them whole. Either way, in both instances, the filmmaker offers a definitive goodbye, after introducing us to a spectral vision of a universe we’ll never forget.

Here, the audience is presented with the possible aftermath of Nietzsche’s famous encounter with a mistreated horse, which is shown to have a profound effect. The Hungarian auteur presents the daily routine of a man and his daughter as they grapple with existence amidst apocalyptic vastness. Known for favouring long takes, Tarr depicts their mundane survival over the course of silent contemplation and bland meals in a series of thirty shots, which comprise the entire film.

The great director has said that his final film is about the “heaviness of human existence”, and there is no better way to describe it. When the final shot is extinguished, the audience is likely to be left cowering in the dark, still alongside the father and his daughter, wondering when the philosophical anguish will end, and as long as the last shot lingers, Bela Tarr’s cinema persists. 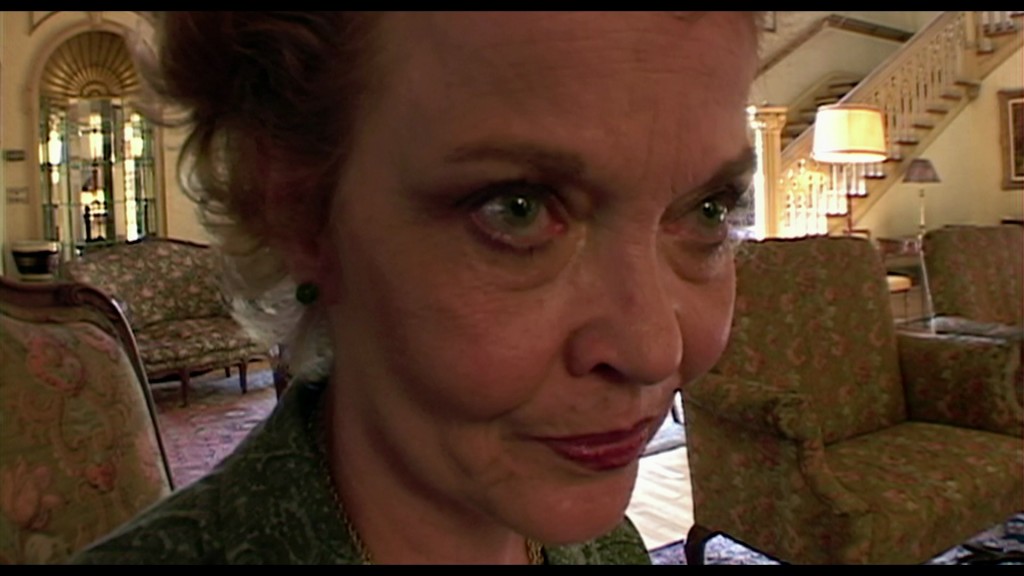 Arguably this addition qualifies as a horror film in its own right, but it would be ridiculous to try and categorise anything Lynch has made, especially Inland Empire, which Lynch devotees were treated to when the acclaimed filmmaker decided to work with digital video for the first time.

Stars Laura Dern and Justin Theroux have publicly stated that they have no idea what the film is about and marketing executives were clueless on how to promote the film, however, I think the best way to capture the essence of the film is to reference the genesis of the project. One day, Dern received a phone-call from Lynch: “Do you want to come and experiment?” The answer must have been a resounding “yes”.

An actress receives the lead role in a film-remake of a doomed, unfinished Polish production which befell great tragedy. As shooting begins, she notices that events in her life begin to mirror the script, and the rest is pure and unadulterated Lynchian terror. A film like this was always going to be divisive, and even some of Lynch’s fans were disappointed with his work here.

Although, it is adored by many, and is quite possibly the closest we’ll ever come to being inside the mind of one of the most visionary directors in cinema history. It’s a labyrinthine nightmarescape in which he is able to project so many ideas, of which all come together and feel whole in a way only David Lynch is capable of.

The imagery offered here is certainly the most terrifying to be found in his entire career, which is hard to believe, but it truly is. Some of the shots are so unexpectedly eerie and unique, and it becomes a film in which the audience is trying to escape, becoming the protagonist and navigating a frustrated and fractured psyche.

Almost all of Lynch’s work contains terrifying imagery, with Lost Highway, Mulholland Drive, Twin Peaks: Fire Walk With Me, and of course, Eraserhead, which contains imagery that no one else could possibly have conjured, earning the coinage of Lynchian; a term commonly used by film-fans of which has invaded the glossary of popular culture. It would be hard to imagine Lynch making another film after this, because it truly feels the summit of his work, and what a final film it would be. 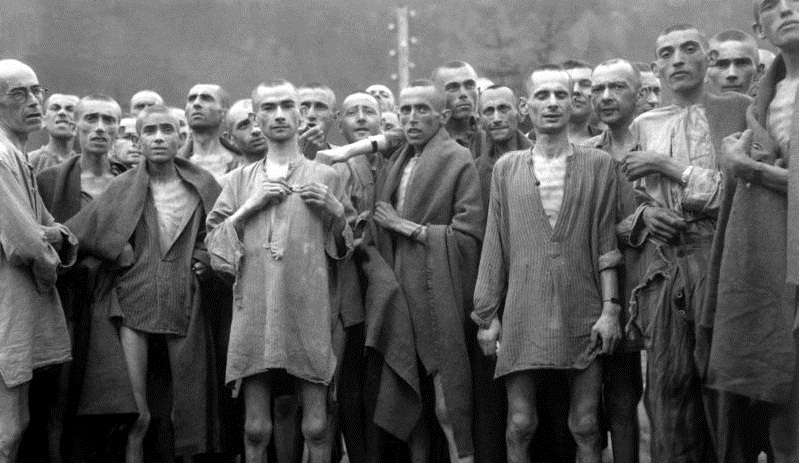 Finally, the film that needs no introduction: Alain Resnais’ powerful documentary short, proving that there is nothing more frightening than the atrocities of our history. This is affecting in the same way as the aforementioned Come and See in its attitude and representation of the effects of war, however, this is unfortunately the real deal, blending stock footage with ghostly camerawork exploring the setting of a location haunted by its past – truly the first of its kind.

This may be the most emotionally devastating thirty minutes of cinema that anyone could possibly seek out. It presents the Nazi death camps and the way that human beings were horrifically dehumanised through employment of authentic footage that will upset and confront any viewer who falls witness to it.

Along with narration discussing the ordeals suffered by the prisoners, Resnais’ work feels like a complete meditation on the bleakest period of human history. This really is a film that must be seen, and one of the most imperative experiences for anyone with a vested interest in not just cinema, but humanity’s past, present and future.